As someone who grew up in New Hampshire, I’ve spent many of my formative years enjoying all the most classic New England adventures. With rocky coasts, four solid seasons, and tons of history, there’s always something new to discover, and I’m so lucky I got to grow up around all of it.

Located in the USA’s farthest northeast corner, New England comprises Maine, Vermont, New Hampshire, Massachusetts, Connecticut, and Rhode Island. Since all six of those states are among the smallest in the country, the whole region feels closer together and more intimate. This means the region makes for a fun vacation where you see multiple states in one trip and plan a completely different itinerary based on the season. Below are some of my absolute favorites.

1. Visit the many lighthouses all along the coast

Considering 5/6 states in New England have a coast, you can bet you’re going to be able to find some of the best lighthouses in the whole country. From the iconic Portland Head Light in Maine to Nauset Light in Massachusetts (as seen on many Cape Cod chip bags), you will find plenty of these nostalgic landmarks to explore. Maine alone has 65, and even New Hampshire, with its measly 18 miles of coastline, has five. 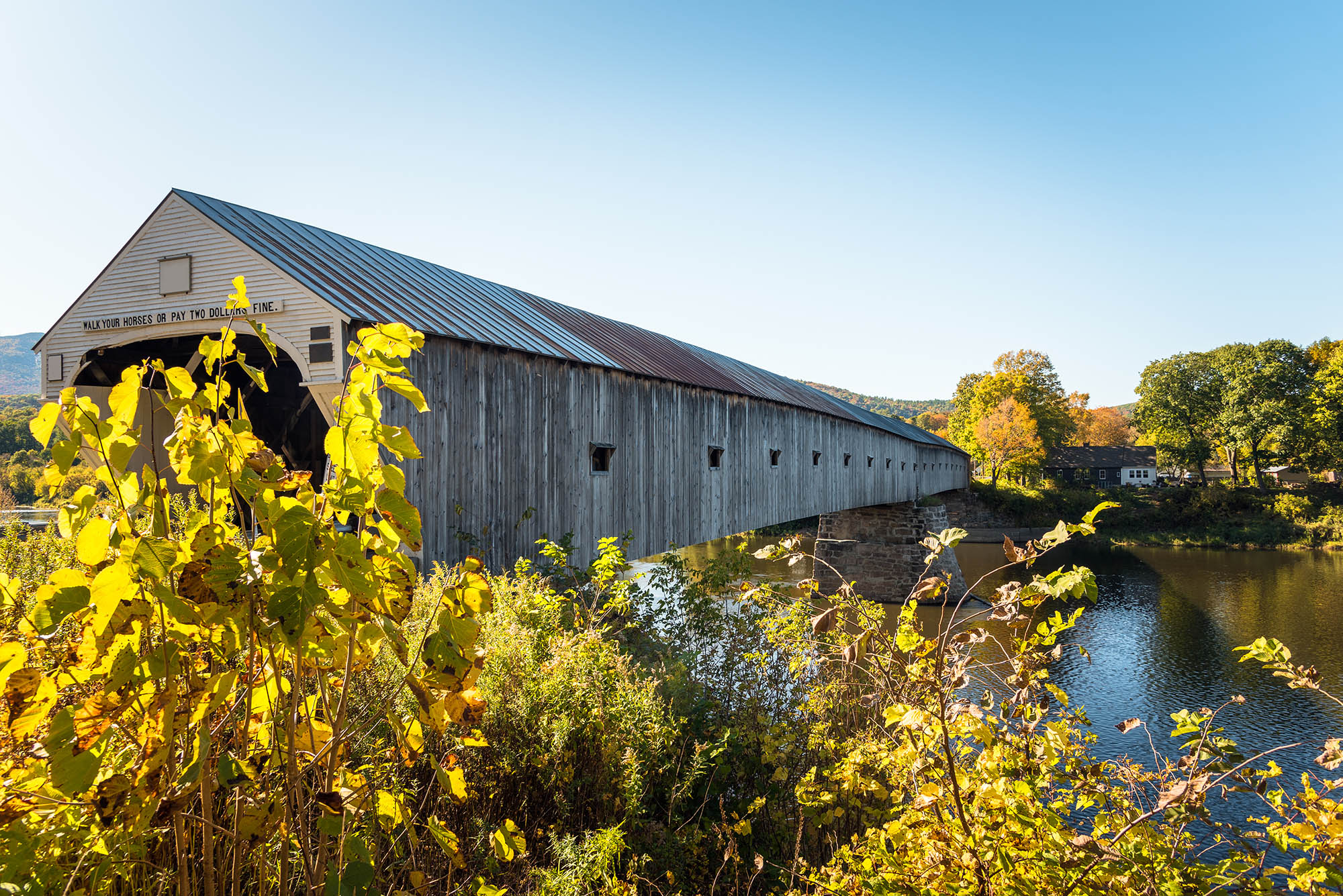 One of the coolest bridges in the world, the Cornish-Windsor Bridge is a covered bridge that spans the Connecticut River and connects New Hampshire and Vermont. It’s one of the longest covered bridges in the U.S. and reminds me of a time when people used horses and buggies instead of cars. Before crossing over, take in the view from afar, especially in the fall. Unfortunately, you can’t walk across, but you can drive.

Even if you’re not planning on enrolling in college, it’s worth touring these beautiful Ivy League college campuses for their architecture alone! New England is home to Harvard (MA), Yale (CT), Brown (RI), and Dartmouth (NH). Visit all four and compare which one would be the prettiest to attend. 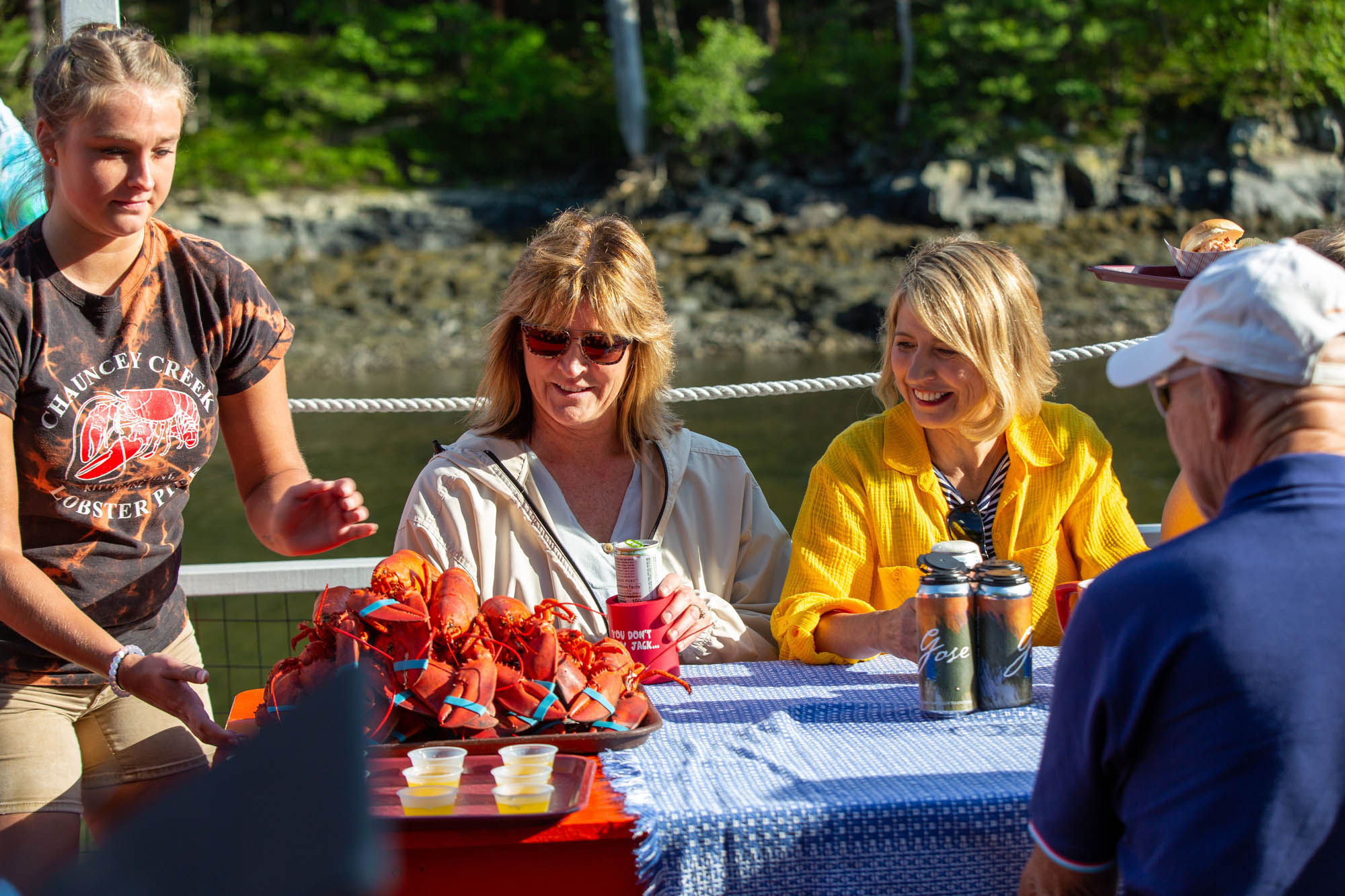 4. Indulge in all the best seafood

As you might guess, when it comes to a region with a huge coastal border, New England is famous for its seafood. I’m talking clambakes, lobster rolls, mussels, steamed lobsters and melted butter, Eastern oysters, cod, striped bass… Be prepared to eat some of the best seafood of your life.

In Maine especially, I loved eating at Chauncey Creek Lobster Pier. This BYOB spot offers up the freshest lobster and shellfish and had picnic tables big enough for my extended family of 12. 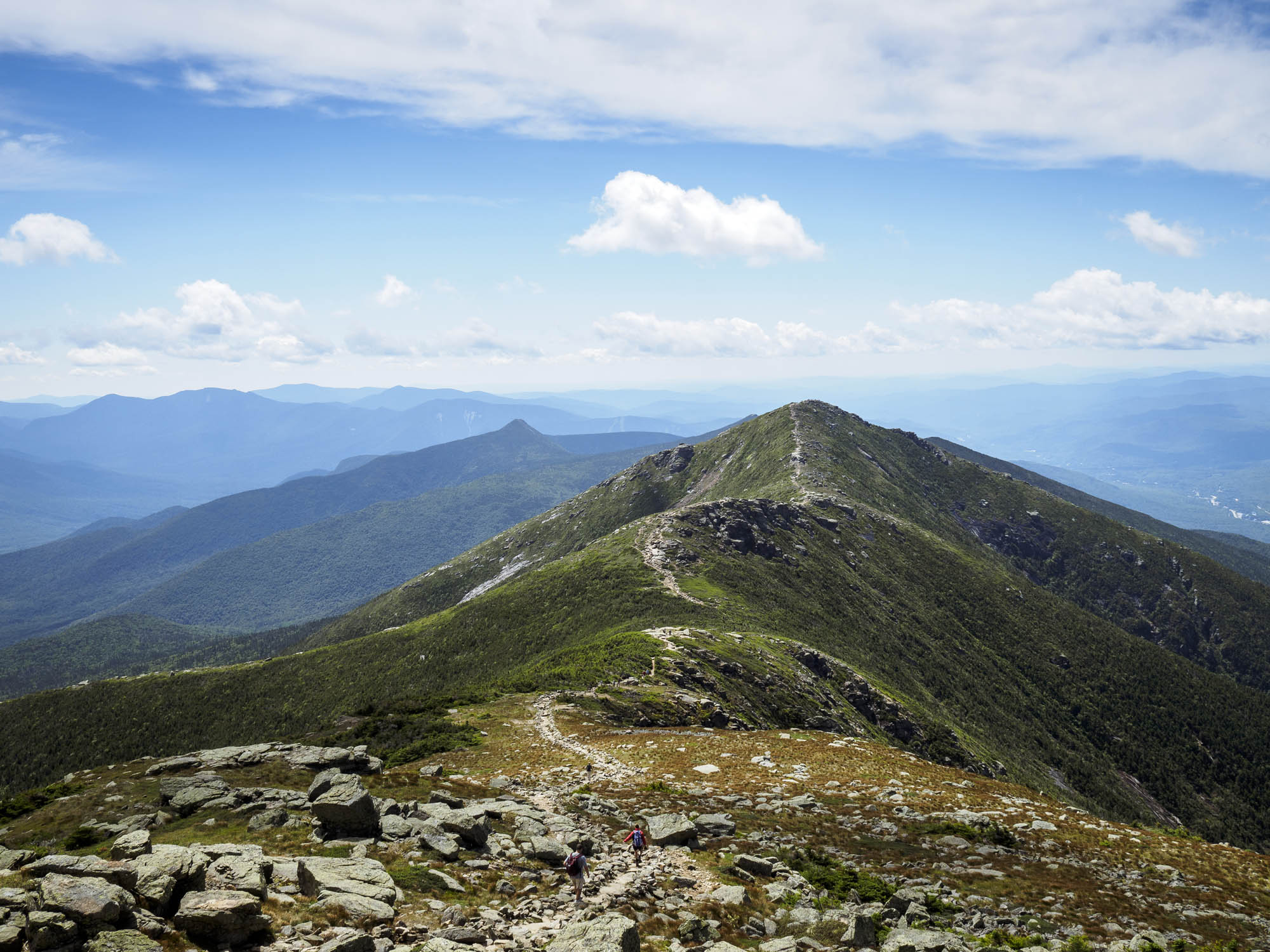 5. Hike part of the Appalachian Trail

If you enjoy hiking, then you won’t want to miss traversing part of the Appalachian Trail. While the trail itself extends over 2,000 miles all the way down to Springer Mountain, Georgia, a significant portion, as well as the northern endpoint, are all in New England.  It runs through all the states bar Rhode Island and often intersects or shares routes with each state’s major mountains and state parks. If you want to go to the very end, you’ll want to head to Baxter State Park in Maine. 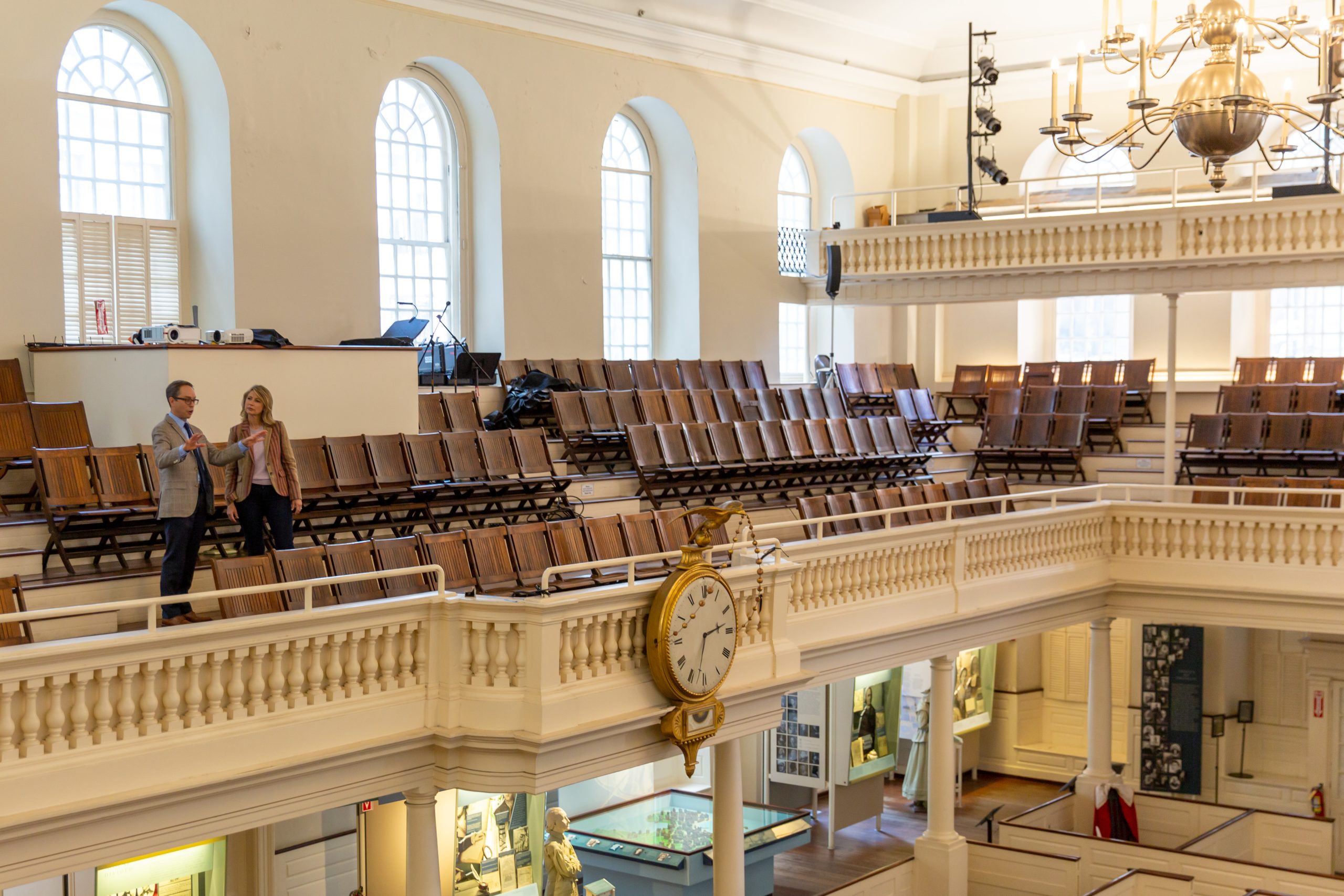 To really take advantage of New England’s ties to early U.S. history, make sure you plan a day to follow the 2.5-mile Freedom Trail in Boston. This trail is one of the most unique things to do in the city and a fantastic activity to add to any itinerary. It’ll take you to 16 locations that played an important role in the American Revolution and through neighborhoods like North End, downtown Boston, and Charlestown.

See more in our “Boston” episode

7. Hike the oldest continuous footpath in the U.S.

Running through Vermont, the aptly named Long Trail has been around for about a century, having been constructed between 1910 and 1930. The trail starts in Clarksburg, MA, and runs along the main ridge of the Green Mountains to the Canadian-US border in Jay, Vermont. It would actually later inspire the Appalachian Trail. In the summer, the scenery is lush and green; in the fall, it’s majestic, with oranges, greens, yellows, and reds brightening your hike. 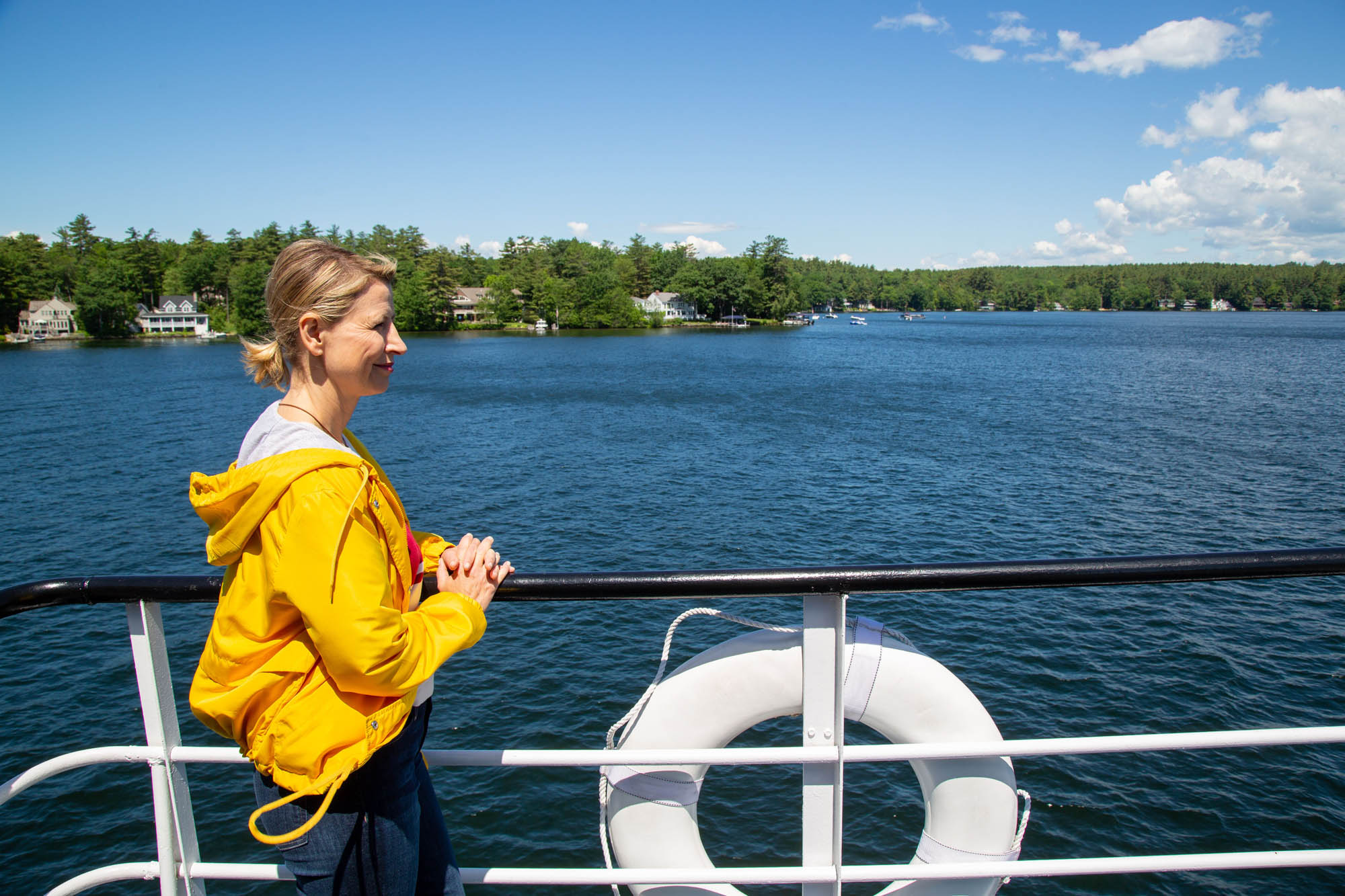 8. Get out on the water any way you can

Does anything say New England in the summer more than a smiling crew all aboard a sailboat or windjammer – hair windblown and skin freckled with the sun?  Considering the region gets and stays cold for most of the year, New Englanders absolutely relish the days they can get out onto the water.  Since the Atlantic Ocean also stays a bit too cold even during the dog days of July and August, the best option is to get out on the water instead of in. Sailing, kayaking, stand-up paddleboard, boating, rowing… all you have to do is decide what you want to rent and go.

9. Check out all of my favorite places in Portsmouth, NH

When it comes to specific towns to visit in New England, I have to choose my hometown of Portsmouth. I can still remember spending days walking along the beach, getting dinner at Jumpin’ Jay’s Fish Cafe with my dad, and strolling through neighborhoods full of colonial-style homes. It’s a great city to explore New Hampshire’s Sea Coast region and has a ton of its own historic landmarks worth seeing. 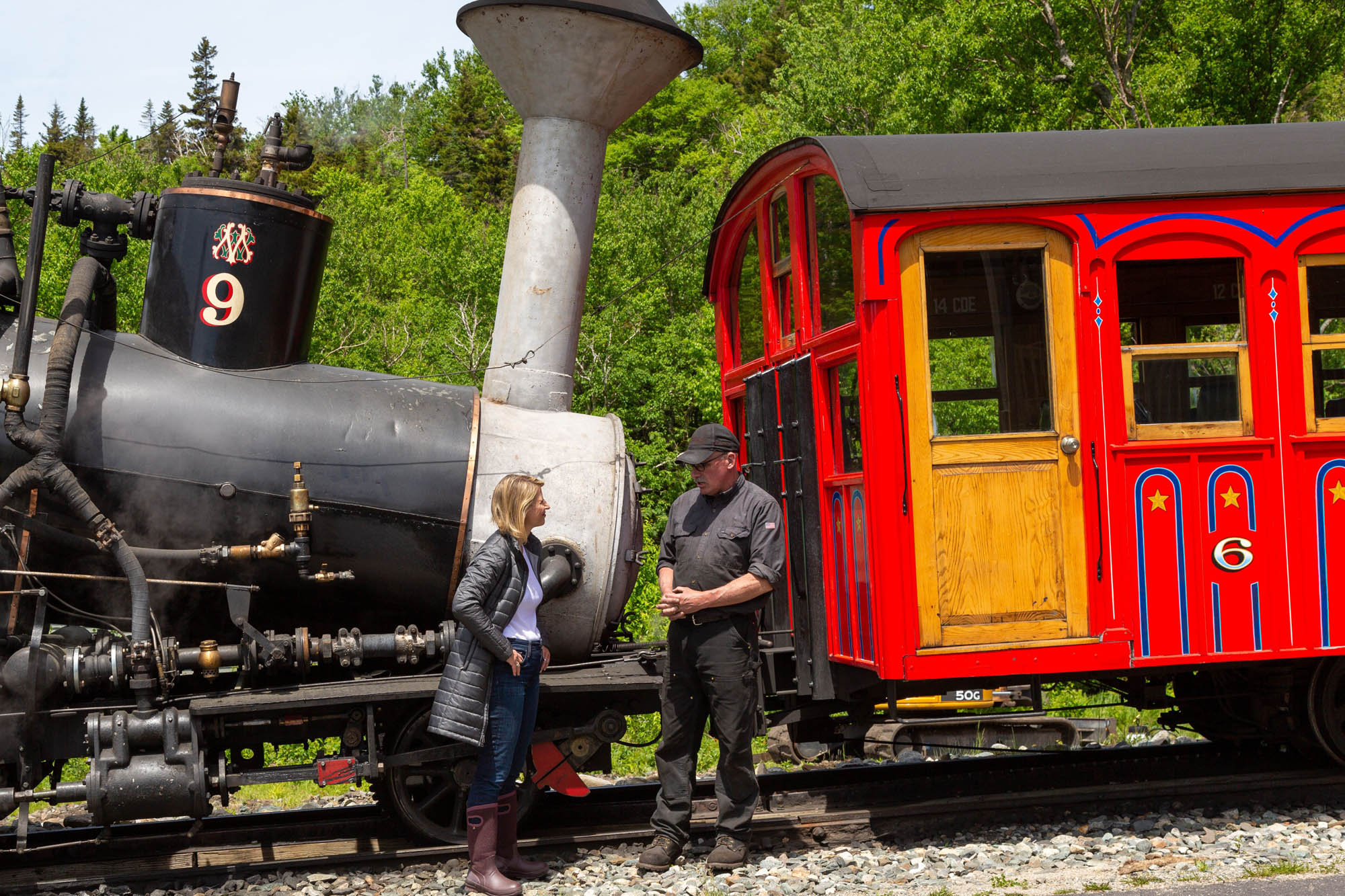 Speaking of growing up in New Hampshire, I’m absolutely kicking myself at only visiting the White Mountains twice! They’re easily one of America’s best mountain destinations – full of beautiful lodges, family-run stores, and stunning scenery. While you can enjoy them in a multitude of ways (including hiking part of the Appalachian Trail here), the most unique way has to be riding the world’s first mountain cog railway.

Along with the Pikes Peak Cog Railway in Colorado Springs, the Mount Washington Cog Railway is one of two remaining cog railway in the United States. First built in 1868, it brings visitors on a 3-hour round trip journey to northeastern USA’s highest peak. And trust me, unless you enjoy danger and punishing yourself, this is one place you’ll want to skip the hike and enjoy the scenic ride instead.

See more in our  “Lakes & Mountains of New Hampshire” episode 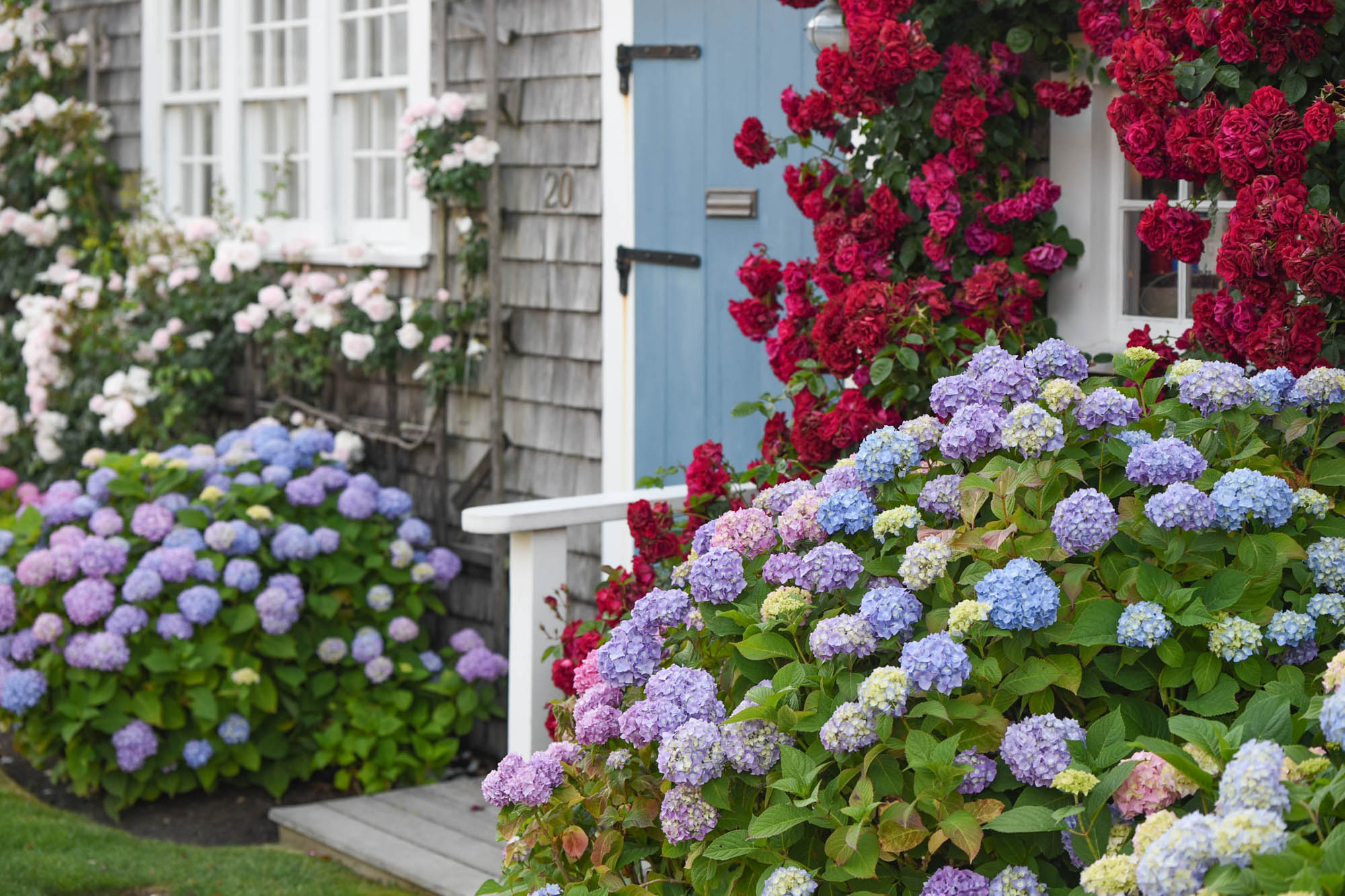 11. Plan a summer vacation in some of the dreamiest New England beach spots

When it comes to coastal beach towns and islands, New England has played host to some of America’s most prominent families. It has perfected the art of charming downtowns, relaxing beaches, and mouthwatering restaurants. After all, even the Kennedys opted to build their compound in Hyannis Port, MA over any other location the country.

Some of the most famous places include Cape Cod, Newport, Provincetown, Nantucket, Kennebunkport, and Martha’s Vineyard, but there are so many towns and villages all along the coast worth visiting. My personal favorite is Watch Hill, situated at the most southern point of Rhode Island. 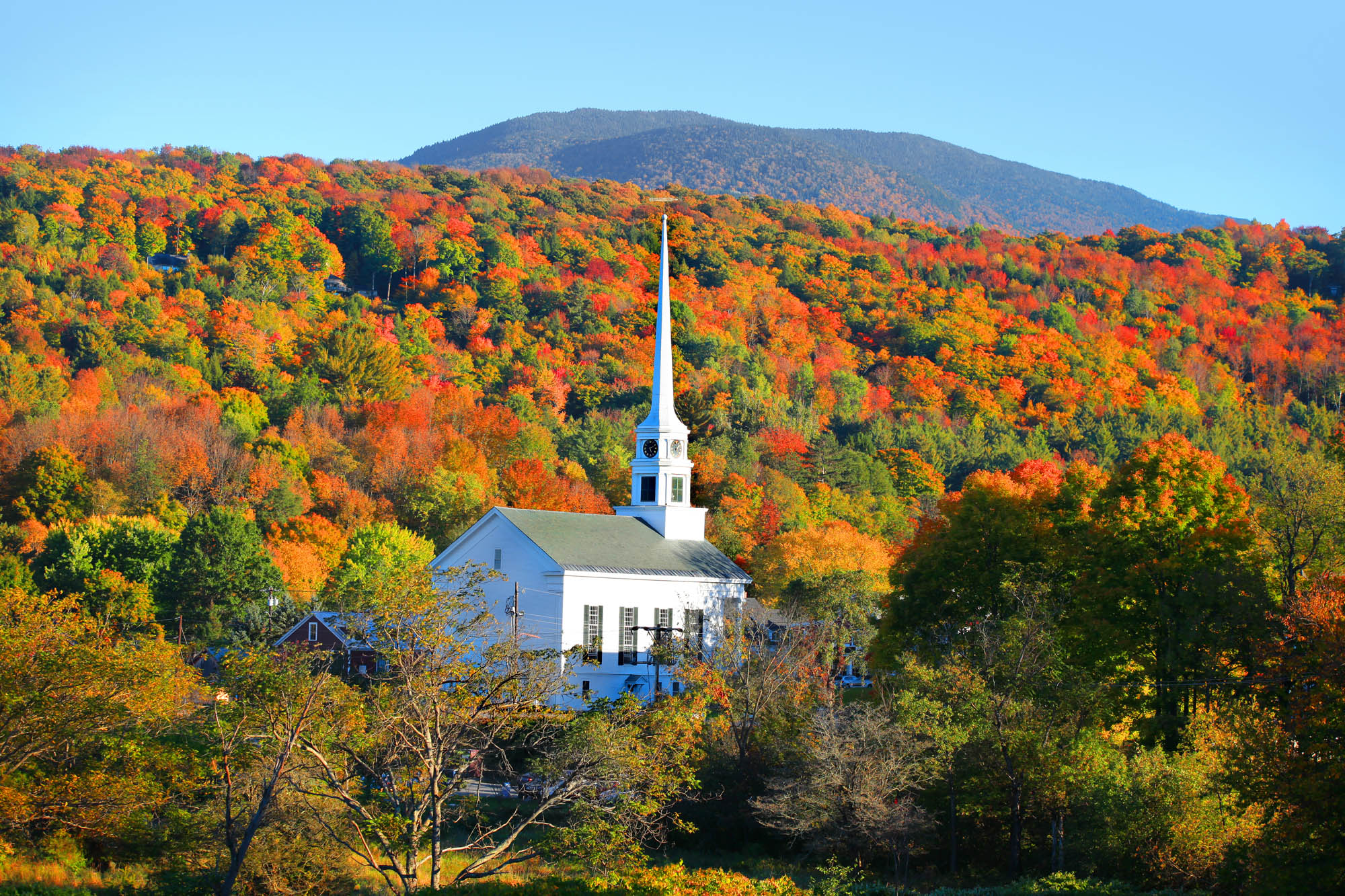 12. Enjoy Stowe, VT in all seasons

One of the most quintessential charming small towns, Stowe is a must-visit no matter the season. Visit in the summer for a fun, outdoorsy mountain escape full of hiking, canoeing, and more. Fall in love with the autumn foliage and colorful scenery come October. And, of course, don’t miss the incredible skiing and cozy mountain lodges come winter. Stowe is where, after all, the real life von Trapp family settled and opened the Trapp Family Lodge, which, yes, is still up and running. 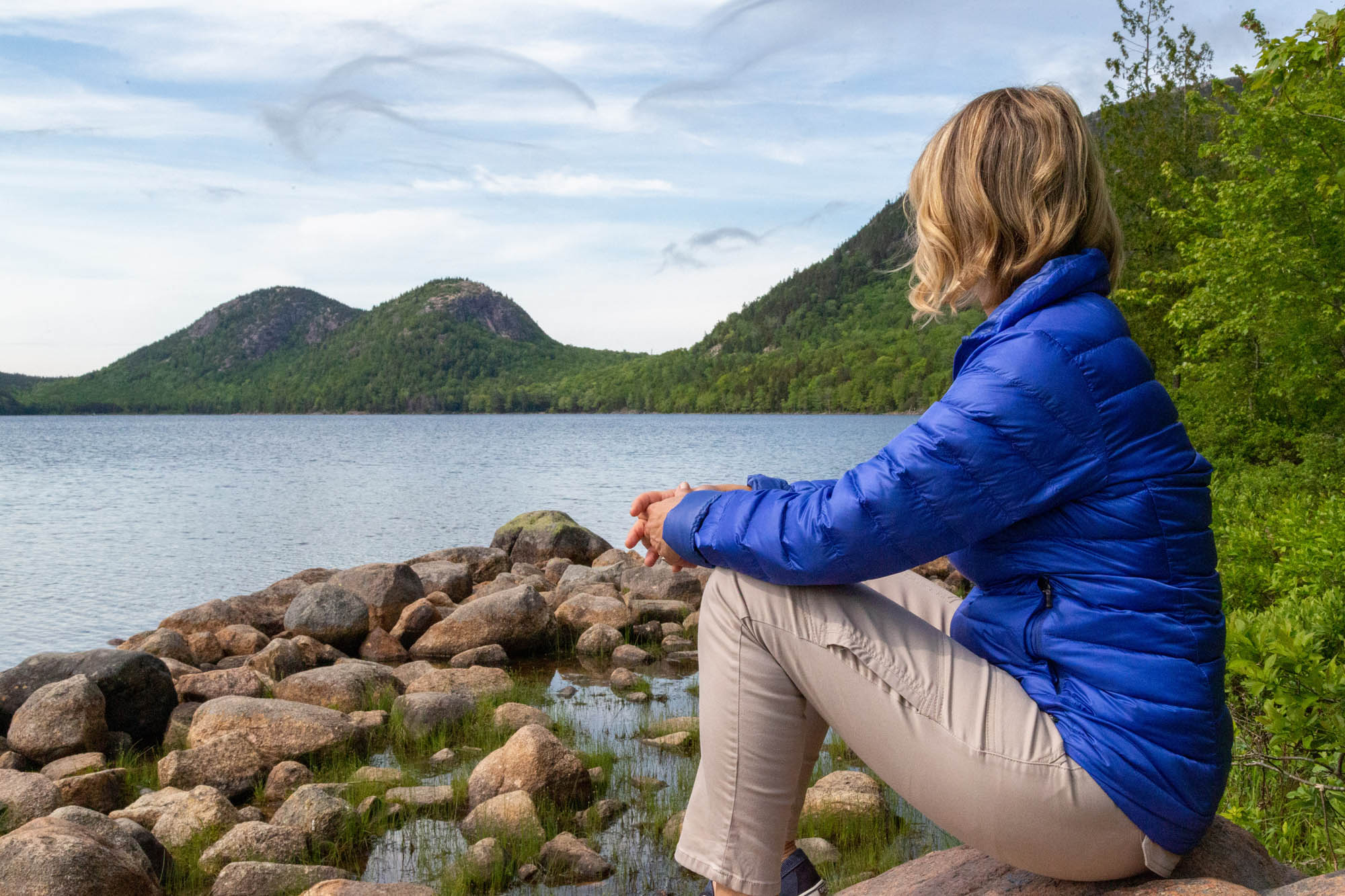 One of the best things to do in Coastal Maine, Acadia National Park is situated southwest of Bar Harbor and easily one of the most incredible New England adventures out there. For hikers, the best trail is Precipice Loop, a 3.2-mile hike with an intense 1,000ft elevation. If you want to go to the highest point in the entire East Coast, head to Cadillac Mountain. Luckily it can be reached by hike or car! As a treat, stop into Jordan Pond House for lunch or dinner.

Yes, New England is home to some wonderful wineries. Connecticut specifically has a fantastic wine trail with over twenty wineries all over the state. The industry is relatively young having only started in 1978 but is quickly growing. Be sure to download the Passport app, assign a designated driver, and enjoy sampling all the different varieties of drink! 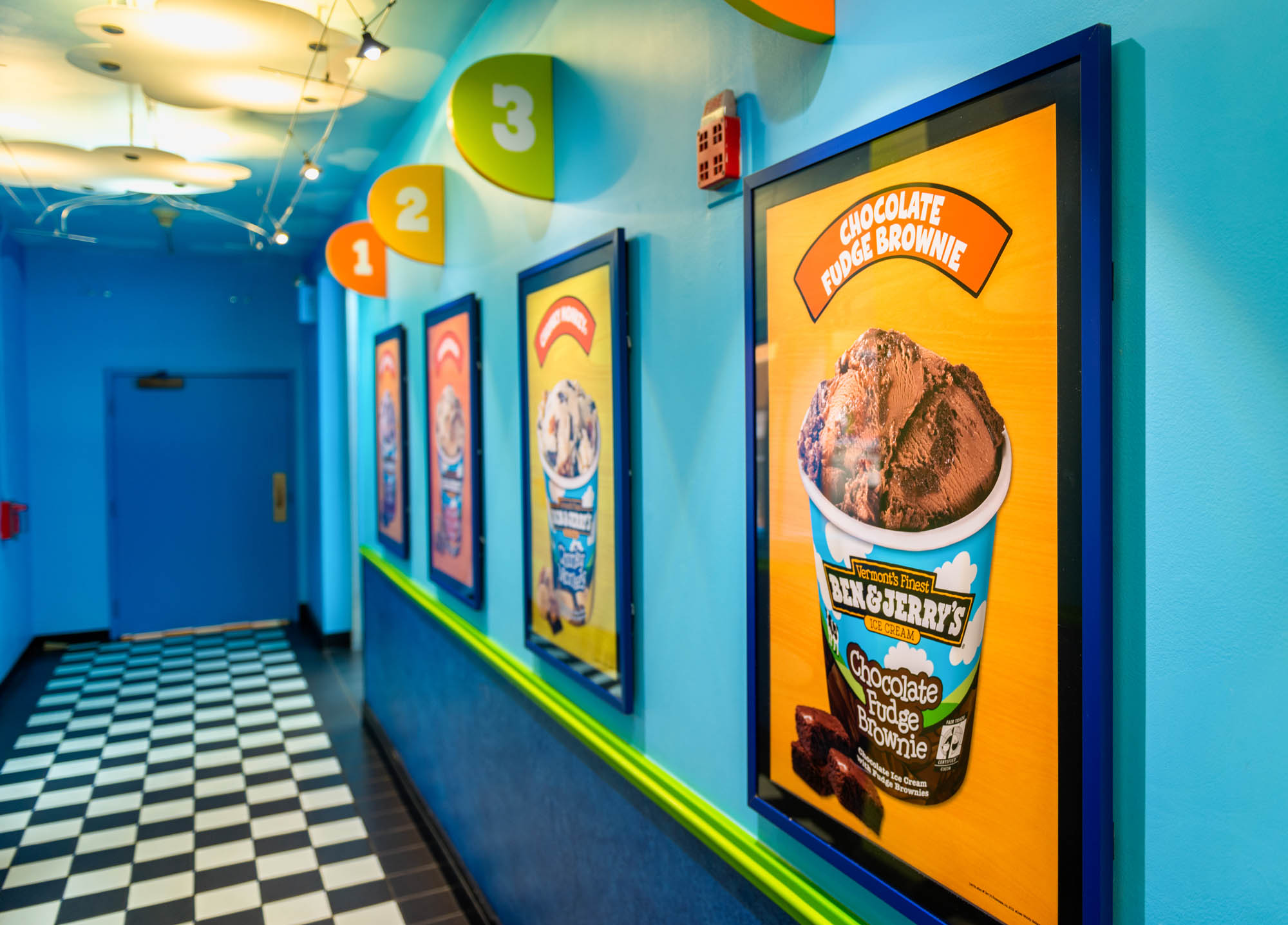 Did you know beloved ice cream brand, Ben & Jerry’s, began right in Burlington, VT? It all began in 1978 in a renovated gas station and has grown to be one of the biggest ice cream brands out there. With the quirky names and incredible flavors, you’d be hard pressed to find anyone who hasn’t tried them at least once. Today you can visit their iconic factory over in Waterbury. Tours include all sorts of fun experiences – especially at the end when you enter the Flavor Room and get to try one of their famous offerings. 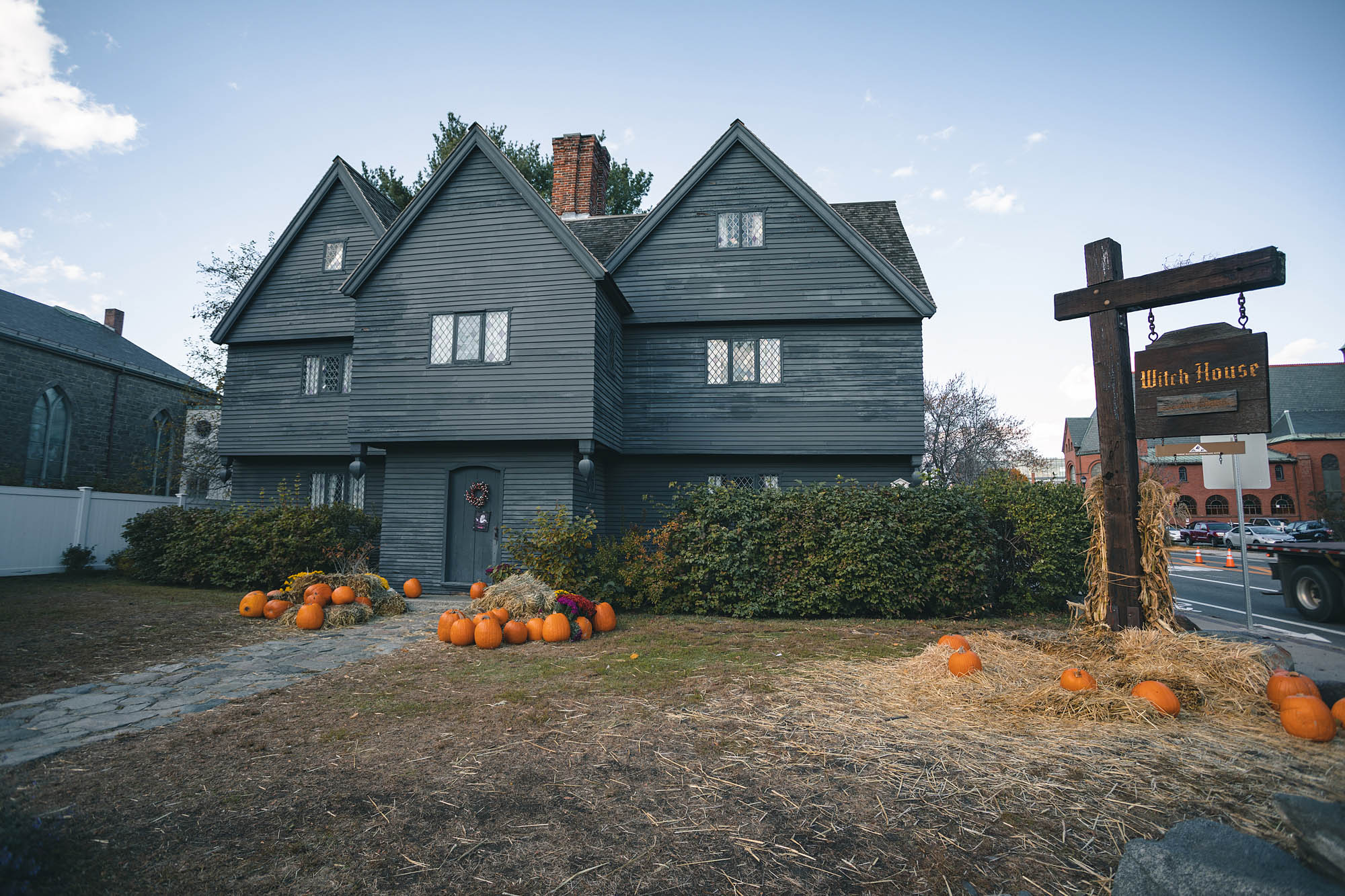 16. Visit the Halloween capital of the world at Salem, MA

If you plan your New England adventures for the month of October, you do not want to miss visiting Salem. In an ironic twist of fate, the city known for its infamous witch trials is now known as “The Witch City.” All month-long, the town celebrates Halloween and there are tons of fun activities, sightseeing tours, and more for visitors to get into the spooky spirit!

And there you have it – some incredible New England adventures that let you truly enjoy this region all year round. 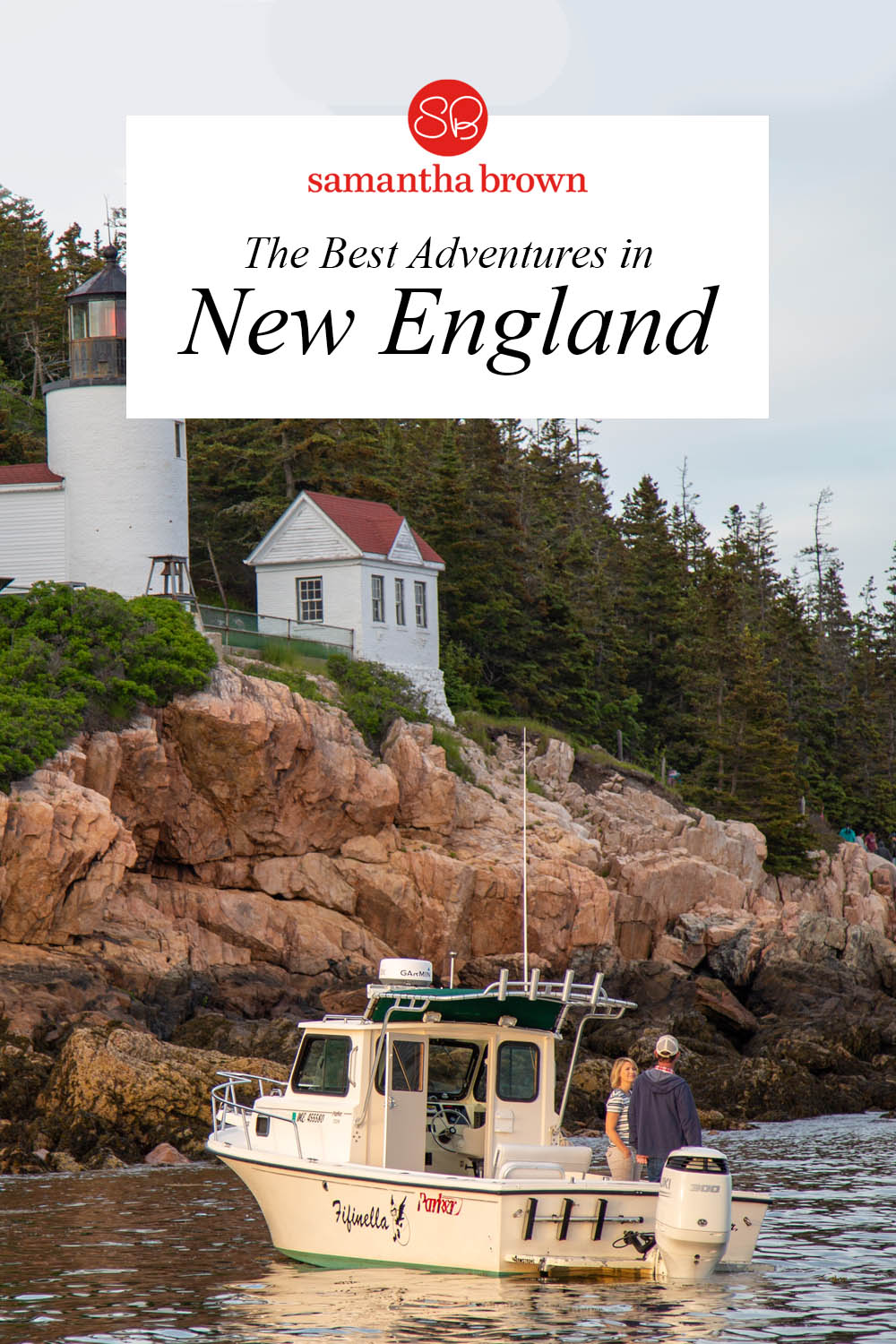 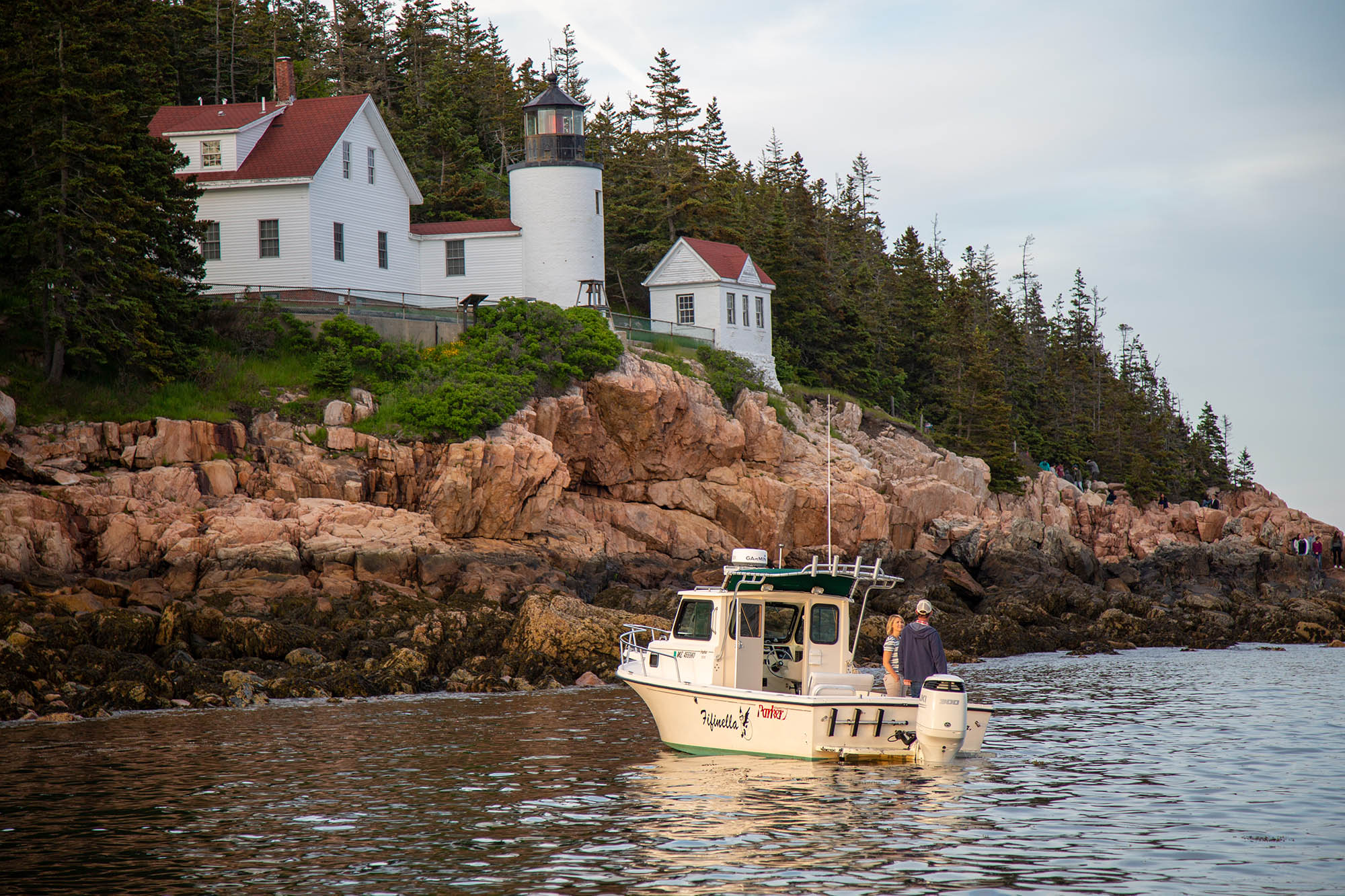