I’m in a destination that is easily one of the most enjoyable places in the world. A historic city bursting with the youthful vibe you can’t help feeling a part of. It’s a destination that knows its place in history and wants you to understand yours. And where locals inspired by founding principles create revolutions of their own. It’s a city where the world is your oyster that hits all the right notes. I’m in Boston, Massachusetts.

Considering the Charles River is home to the Head of the Charles Regatta, one of the most important races for collegiate rowers, it’s safe to say the sport ranks right up there with football and baseball for Bostonians. And while there are highly competitive crews, there’s also Community Rowing Inc., which offers classes for all ages and abilities. See how Samantha keeps up with Boston University’s lightweight women’s team, led by Head Coach Malcolm Doldron!

Rowing is one of the oldest Olympic sports. It was on the program as early as 1896, though it took another 80 years for women’s rowing to be added.

If you’ve ever wondered what exactly the oldest, continuously operating restaurant in the United States was, then this is your answer: Union Oyster House. Ever since it opened its doors in 1826, it’s seen history unfold. Over two centuries, it’s served up Boston’s best dishes to some of America’s most well-known public figures. We’re talking everyone from presidents to the who’s who of Hollywood. You’ve got to see just how many oysters they schuck in a single day.

The building that houses Union Oyster House has even more history than the restaurant. It was in 1771 on the upper floor of this building that the seeds for a particularly important revolution were planted.

Opened in 1845 and housing eight stories of material, the American Ancestors/New England Historic Genealogical Society has been helping Americans trace their lineage for over 176 years. As one of the largest and most comprehensive of its kind, the NEHGS specializes in a massive range of genealogies from British to African to Chinese and Jewish ancestry. You won’t believe what Samantha found out about her own family tree during her visit!

Head to the AmericanAncestors.com website to start your own family tree research for free.

Built in 1729 as a Puritan meeting house, the Old South Meeting House has witnessed some of the most crucial events to the United States’ formation. During colonial times, some of its parishioners included revolutionaries like Samuel Adams, William Dawes, and Benjamin Franklin himself. In fact, Old South has been around so long, it’s one of the earliest examples of historical preservation in the US. Back in 1872 when it was slated for demolition, a group of “twenty women of Boston” with the help of famous names like Ralph Waldo Emerson and Louisa May Alcott raised funds to both save and restore it.

On December 16, 1773, perhaps one of the most famous events of the American Revolution started here before moving to the harbor. Any guesses? Watch to see if you were correct!

Located in Boston’s North End neighborhood, nicknamed Little Italy, Bricco Salumeria is a true tribute to its owner, Frank DePasquale’s upbringing along the Amalfi Coast. With a tucked away panetteria providing freshly made breads, the salumeria offers everything from fresh ingredients to fully made meals. You’ve got to see just how delicious the Italian sandwich is.

Don’t miss the fresh mozzarella as it’s being made right in the shop. If you’re lucky, they might just hand you a piece to try.

Roxbury is another neighborhood in Boston with its own unique culture. Founded all the way back in 1630, it’s been an epicenter for Black culture since the 20th century. Even Malcolm X lived here with his sister from his mid-teens to early twenties. It also witnessed the love story between another certain Civil Rights leader and his future wife, memorialized in a mural you don’t want to miss!

To get to know Roxbury, book a tour with Live Like a Local, founded by local Collin Knight.

Named Boston’s best book store in 2020, Frugal Bookstore is the only African-American owned bookstore in the city. Located in Nubian Square, the bookstore has spent over a decade amplifying the voices of BIPOC authors. It especially wants to ensure that children who walk through its doors see books with characters that look like them.

Frugal Bookstore not only has in-stock titles, but it can special order any books that are difficult to find.

When in Boston, it’s not enough to stay in a hotel representative of the architectural beauty of this city. Your experience must also include an element of historic significance. You can have both at The Langham, Boston, a 5-start luxury hotel located in the heart of Boston.

The Langham, Boston was originally built as the Federal Reserve Bank of Boston in 1922 and, as such, it had a very important role in our nation’s banking history.

Blossom Bar and Sichuan Gardens is a true representation of the melting pot that is the United States. While the restaurant serves up authentic Sichuan dishes, the bar specializes in award-winning, Latin American-influenced drinks. With beautiful interiors, delicious food, and incredible drinks, Duan sees his family’s legacy as more than just a restaurant but as a neighborhood gathering place. 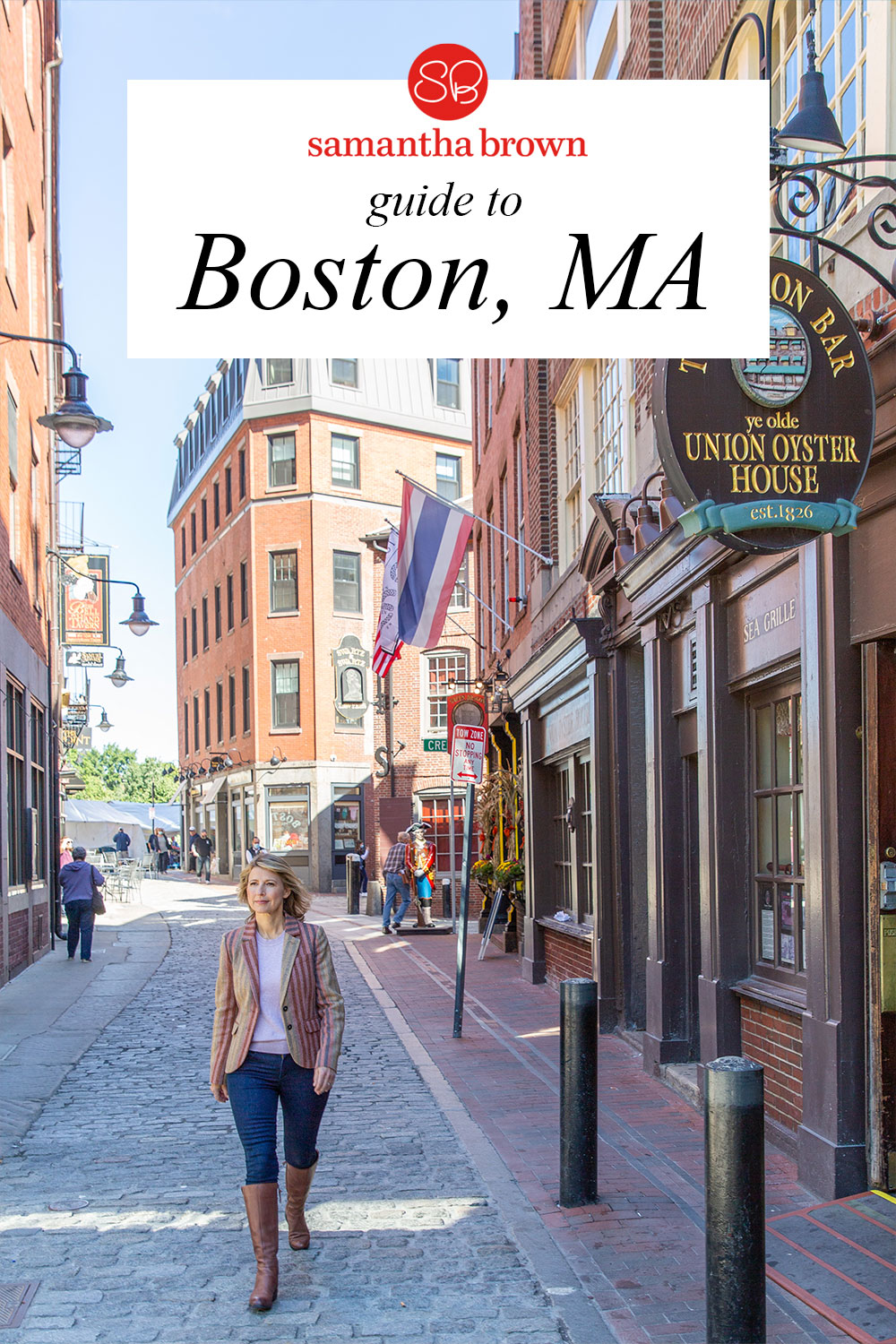 Believe it or not, Duan’s parents didn’t originally immigrate to the US to open up a restaurant. In fact, his father came to become an opera singer. You have to see his impromptu performance for Samantha!