How do I do beer in Munich? Order a bunch, then start drinking!

But really, there’s a little more to the beer drinking scene in Munich, and it typically begins with picking the ideal place to do it. My vote goes to a beer garden, basically any outdoor place with communal tables where you serve yourself beer and snacks. Many are open year-round, and while drinking a dunkel outside in December has some appeal, I prefer the warmer months.

A few things you might want to know before hitting up Munich:

First, if you’re expecting the variety of craft beers you’re accustomed to at home, you’re largely out of luck. In 1516, the country adopted the Reinheitsgebot, aka the “German Beer Purity Law,” which limited the ingredients in German beer. Basically, brewers could only use water, barley and hops. Though in recent years, some brewers have started making more craft-style beer, you’re likely only going to find a handful of varieties of beer at most places.

My favorite has to be weissbeir— which means “white” beer, a wheat beer that offers a sweeter, fruiter finish. Tastes like summer to me! Other common options are pilsners (these seem to be the most prolific in Germany!), helles (a pale ale), dunkels (a dark and often maltier brew) and radlers– a half beer, half lemon-lime soda or lemonade. It’s supposed to only get your half-drunk (not kidding). If you want to get double-drunk, go for the doppelbock. Double the booze!

Second, there are so many beer gardens to choose from, but my favorite has to be Seehaus in the Englischer Garten. It’s a lakeside spot that offers views and brews. Trust me on that one!

Oh and lastly, if you’re into the low carb diet thing, consider giving it a rest for your trip. You’re in Germany after all! Enjoy the beer and the giant pretzels, which will ruin you from ever ordering one again in the states… the pretzels here are incredible in comparison.

Where’s your favorite beer garden? Share in the comments! 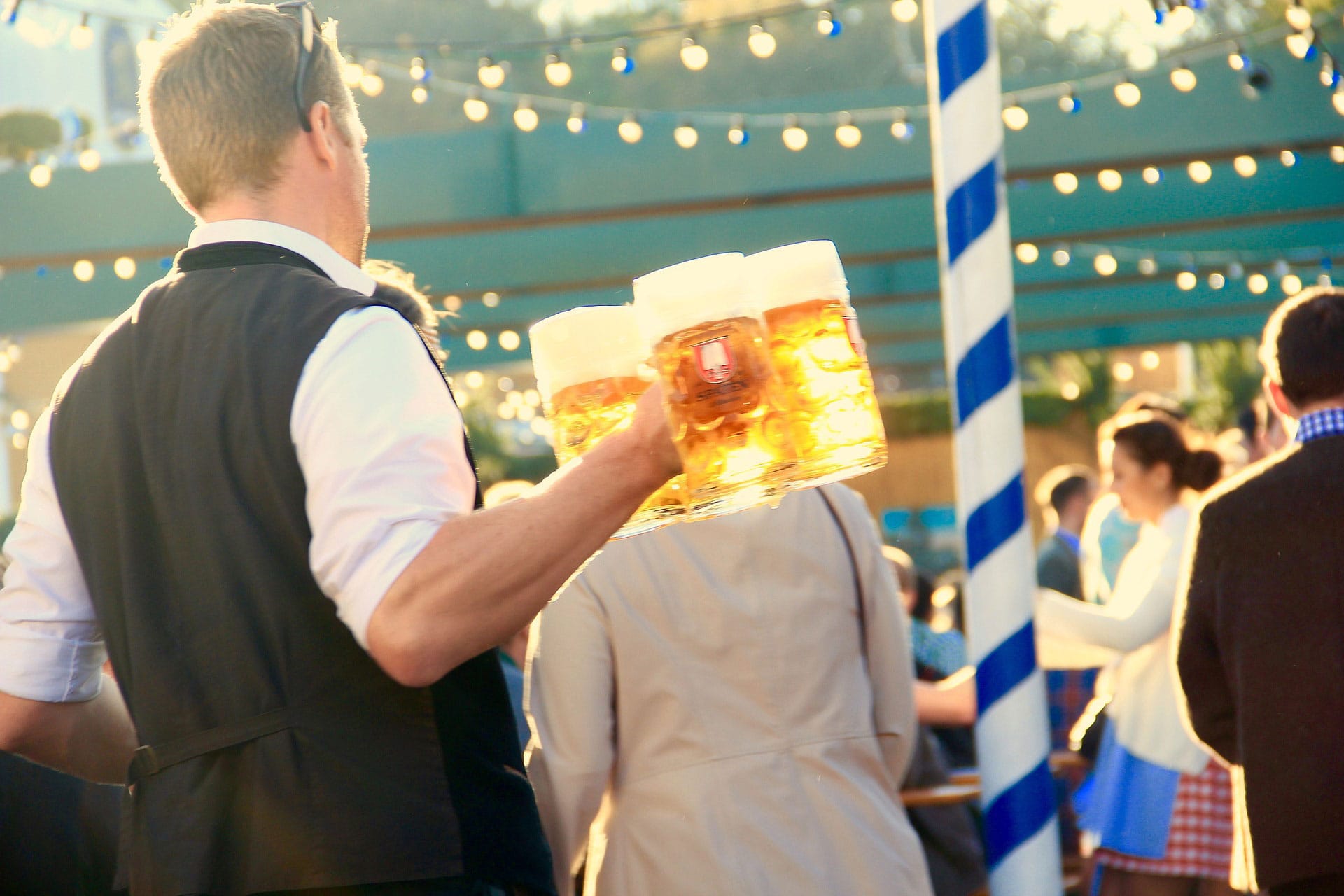