If you’re into visiting the National Parks, San Francisco is a great starting point.

I always like to map out an exciting trip that features a fun and entertaining urban area that is close to accessible and amazing National Parks. Last year it was Seattle and this year my target is San Francisco. Usually, parents can’t wait for the opportunity to introduce their kids to San Francisco. With the cable cars, the Golden Gate Bridge, Alcatraz Island and sea lions at Pier 39, there is a lot of adventure for kids of all ages.

Before or after you spend a few days in the city, you can visit numerous national parks in the area. You’ll see marine life, redwood forests, waterfalls, vast fields of wildflowers and miles of rocky California coastline. Here are some of the most interesting national parks to visit, all within a few hundred miles of San Francisco.

Located a convenient 195 miles, southeast from San Francisco, Yosemite National Park is known for its dramatic granite cliffs and stunning waterfalls.  Made famous by photographer Ansel Adams, tourists flock to Yosemite for all sorts of adventures.  Fishing, rafting, hiking, climbing and camping are some of the favorites.  The park is a UNESCO World Heritage site that is more than 750,000 acres and almost 4 million visitors come to Yosemite each year.  Five of the world’s highest waterfalls can be seen at the park along with the iconic granite formations, Half Dome and El Capitan. 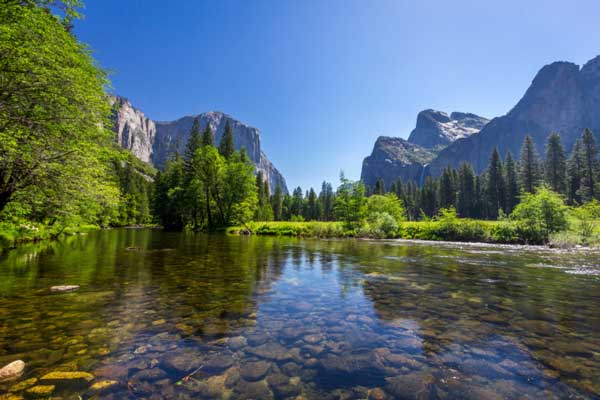 A much longer drive from San Francisco to the north is Redwood National & State Parks.  Located roughly 313 miles straight up the California coast, the drive is approximately 5.5 hours.  If you’re looking for massive redwoods, giant elk, wildflowers, scenic views, and 37 miles of coastline to explore, then this is the right park for you.  The giant trees, rocky coastline and other awe-inspiring natural wonders found in this park are so vast that most of the time they won’t fit into your camera view.  Trust me, this will be one of the highlights of your trip to California. 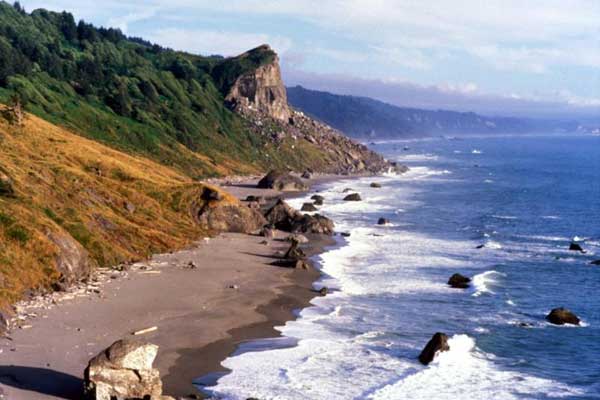 I like the idea of Lassen Volcanic National Park, because it’s unique and otherworldly.  With its smoking fumaroles, numerous volcanoes, clear mountain lakes and hydrothermal areas (Bumpass Hell and Sulphur Works), Lassen provides visitors with a chance to explore the wonder and mysteries of volcanoes and take a few really great hikes up Lassen Peak or Brokeoff Mountain.  From the top of Brokeoff Mountain, you will be rewarded with some terrific views of the park and really cool photos of Lassen Peak. 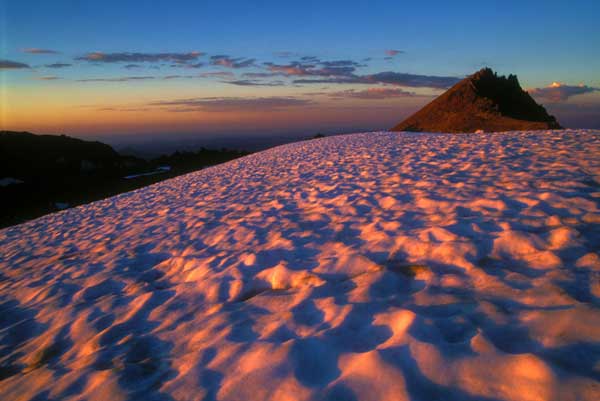 If you head southeast past San Jose about 125 miles, you’ll find Pinnacles National Park.  The dramatic cliffs used to be known as Pinnacles National Monument, however, the area was named a national park in January 2013.  Part of an ancient volcanic field, you’ll be amazed and excited to see huge spires and massive monoliths rising up out of the Gabilan Mountains.  The rock spires are remnants of the volcanic field that eroded as the field moved north along the San Andreas Fault.  Huge boulders settled in the path and created these incredible spires and caves.  This rocky park is very popular with both hikers and rock climbers, and you’ll find the trails and climbs are well marked and easily accessible. 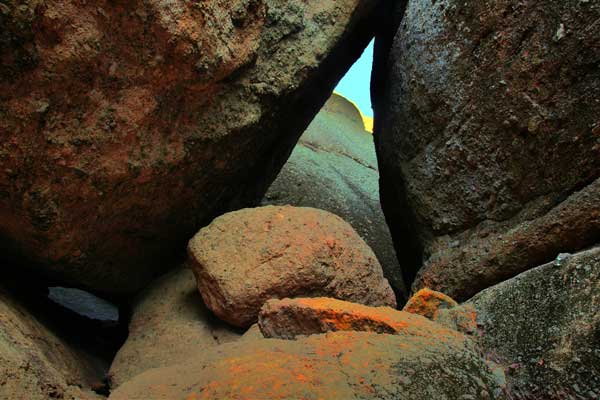 Located about 140 miles southeast of Yosemite and 260 miles from San Francisco are two national parks that sit side-by-side in the Sierra Nevada.  Sequoia and Kings Canyon National Parks are known for their huge mountains, rugged terrain, deep canyons, crystal clear lakes and of course, thousands of giant sequoias.  The John Muir Trail runs through the park on its way to Yosemite and you can see the western slope of the highest summit in the contiguous US. Standing at 14,505 feet, Mount Whitney is one of the highlights of Sequoia.   Make sure you visit the Giant Forest located in Sequoia National Park, it’s home to five of the largest trees in the world. One, named the General Sherman, weighs over 2,000 tons.  It will make quite an impression! 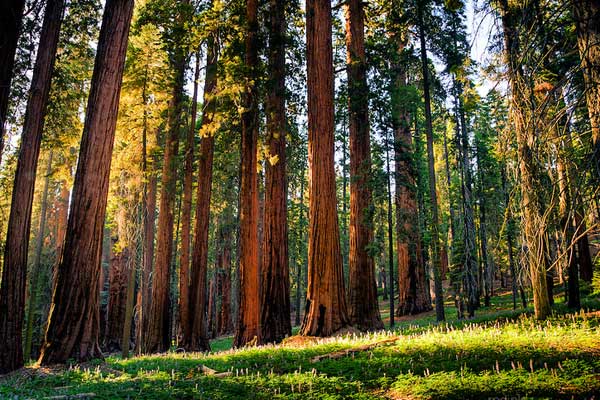 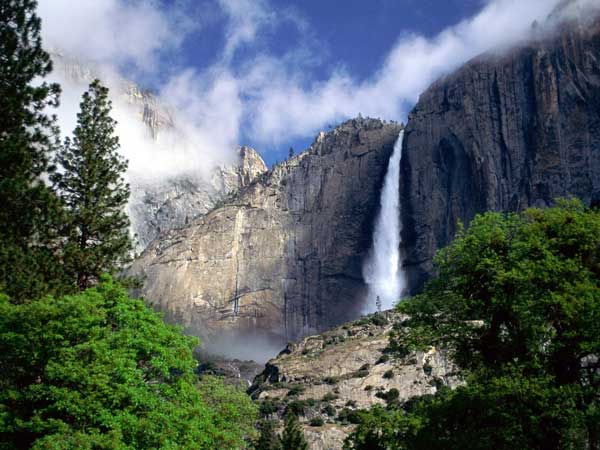