People talk about the Australian Outback like it’s an easily consumable destination.

A place to visit and enjoy like…say…The Adirondacks or Hilton Head. The Outback covers roughly 2.5 million square miles and takes up almost all of Australia, which of course is not only a country but an entire continent. So you have to narrow it down a bit when planning a trip here. Most people traveling to the Outback (myself included) make their way to the town of Alice Springs and Uluru, the largest rock in the world. It’s right in the center of the country in a place affectionately called the Red Center.

With that in mind, here are 6 remarkable places in the Australian Outback. 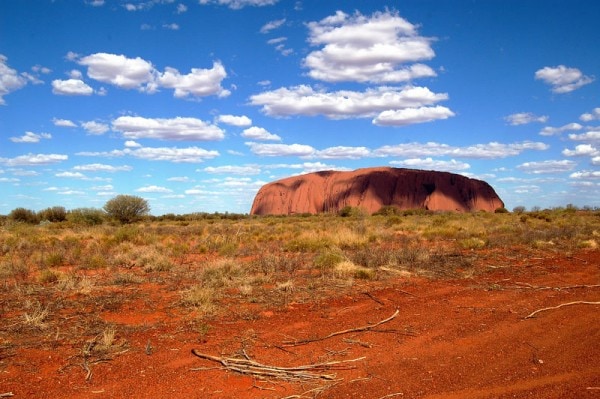 The 600 million-year-old red rock is the centerpiece of the Outback and rises out of the ground from the middle of nowhere. As soon as you see it you’ll, want to know how to get to the top of it. Unfortunately you can’t–well you can but you shouldn’t. Uluru is a sacred place for the Anangu people, they own it (since they’ve had the lease for 10,000 years) and it is there wish that people don’t hike on what is considered a deeply religious path. Still people do. And because of that, nearby stores sell shirts that say “I climbed Uluru” as well as “I didn’t climb Uluru.” Visit this website to find out all the ways you can enjoy the majesty of this monolith. 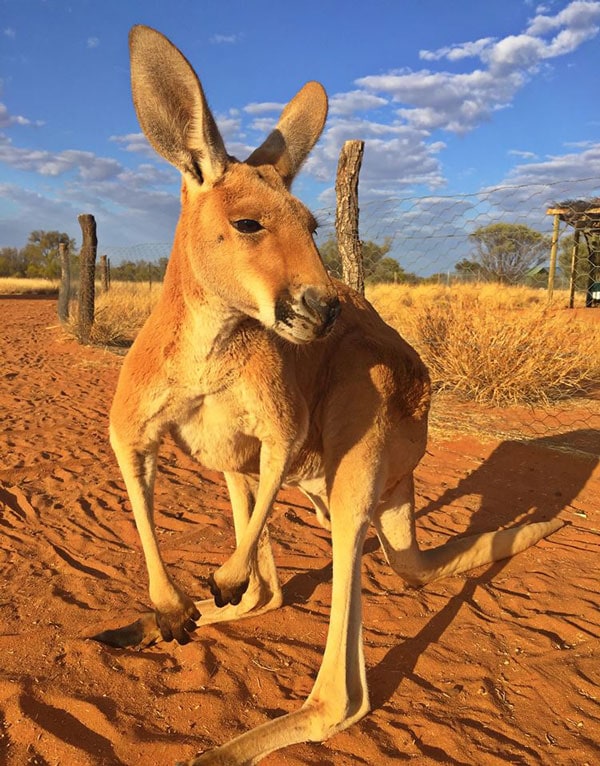 The single most disappointing part of my trip to the Outback (and the only one) was that I didn’t see a kangaroo in the wild. We were told they were rare in those parts, and it wasn’t the season, but I still kept my eyes peeled, looking for anything that moved. No kangaroos. That’s not to say all that searching didn’t pay off: I did see dingos and a camel roaming the desert. Head to the Kangaroo Sanctuary in Alice Springs to get your kangaroo fix. These guys take their name seriously in rescuing and rehabilitating the nation’s beloved icon. Two-hour sunset guided tours are held Wednesday, Thursday, and Friday. Worth it!

This is one of the best environments I’ve ever experienced for a cup of coffee. It labels itself as having an industrial recycle vibe, and it delivers! You’ll ogle over everything this family-owned café does to repurpose trash bound for the heap, turning it into something that’s Willy Wonka meets Pee Wee Herman. My favorite was a pair of cut-off means jeans turned into a planter for succulents. Is that a sempervivum, or are you just happy to see me? They also have salads and sandwiches. 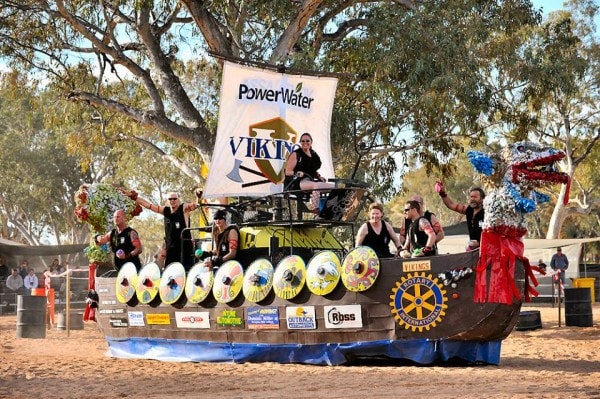 Planning on going in August? Then check out this ridiculously fun event. I think you would be hard-pressed to find a group of people with a grander lust for life and a sense of humor than the Australians. For me, the Henley-on-Todd, held in Alice Springs, exemplifies this. Teams make their own boats and cardboard yachts and race them down a dried-out riverbed on their own two feet. It’s utter silliness and sounds like one of the best days of your life. All proceeds go to the local rotary club. 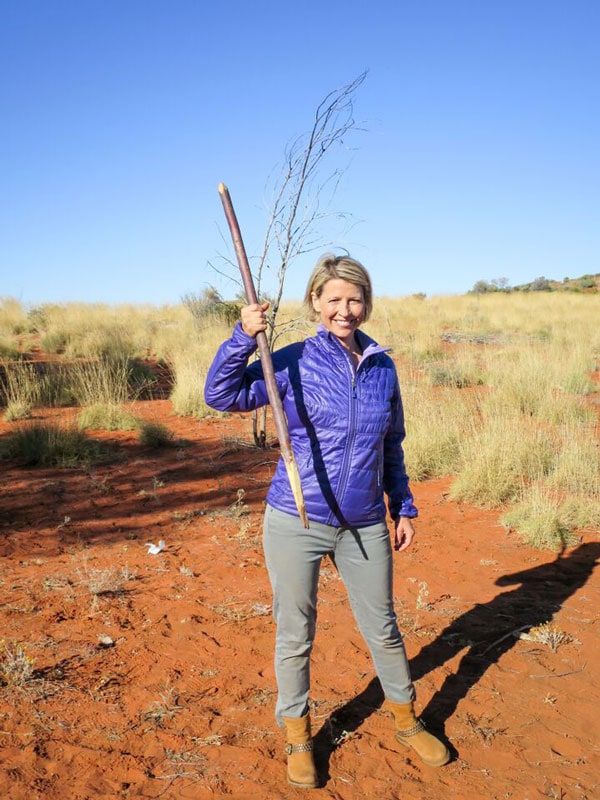 It’s pretty easy to think there’s not much happening in this barren, red earthscape, but the Outback is alive with animals and vegetation we just don’t get to see. At this nature park, you’ll be introduced to 200 of its indigenous animals and 400 plants. There are hands-on activities and Aboriginal-guided presentations. You’ll never look at the Outback the same again. 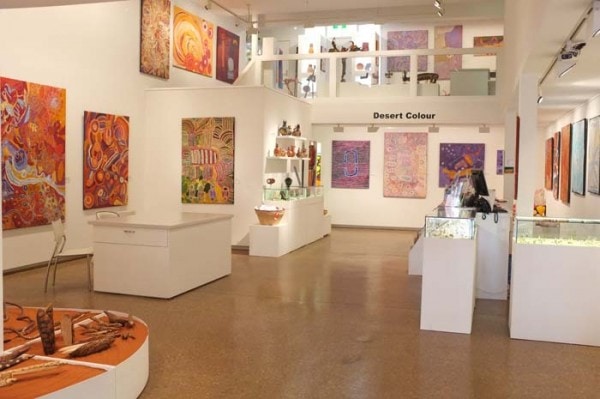 The Aboriginals are considered the oldest continuous living culture in the world. Not only are they survivors of a harsh land and climate, but they are also artists of immense talent. To have your art socks knocked off, head to Talapi, a beautiful, almost ethereal art space dedicated to what is called Central Desert art sourced directly from over 40 regional and remote Aboriginal-owned art centers. If you’re a first-time buyer, don’t think this is out of your league –there are art pieces for every budget and level of an art collector. 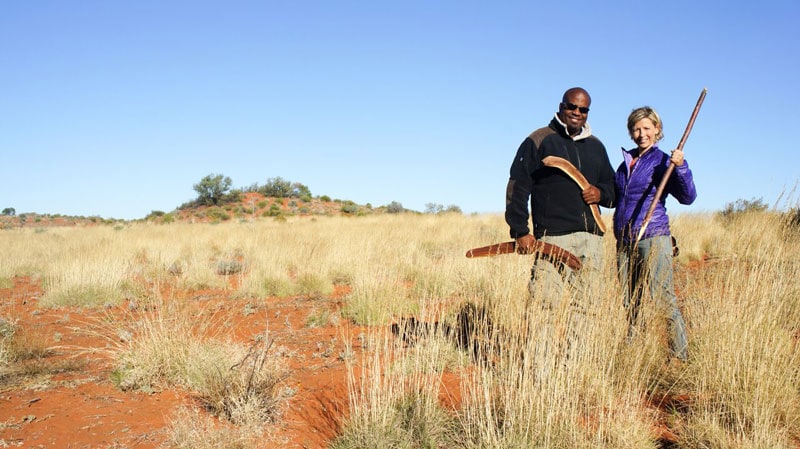