Are you a scary movie person?

I am, so long as there’s not too much gore (the Saw franchise? No thank you!). Of course, a great horror film is all about the right setting. Didn’t the Stanley Hotel really make The Shining? With that in mind, here are three destinations not only made famous by the scary movie filmed there, but make for great travel destinations, too.

Can we even talk about scary movies without mentioning the King? I’m talking Stephen, of course. Though many of his stories take place in the fictional town of Derry, Maine, it’s widely known that Derry is based on King’s hometown of Bangor. There’s a whole niche industry here based on the works of King, including tours of notable places in the real life, and fictional works, of King.

A walk by King’s Home at 47 West Broadway is a must. It’s a beige split level built in the 80s. Just kidding! The red Victorian home surrounded by a wrought iron fence (complete with bats) is as foreboding and haunting as the man’s work. Snap a photo outside—and who knows, maybe King himself will stop out for a chat. It’s been known to happen. 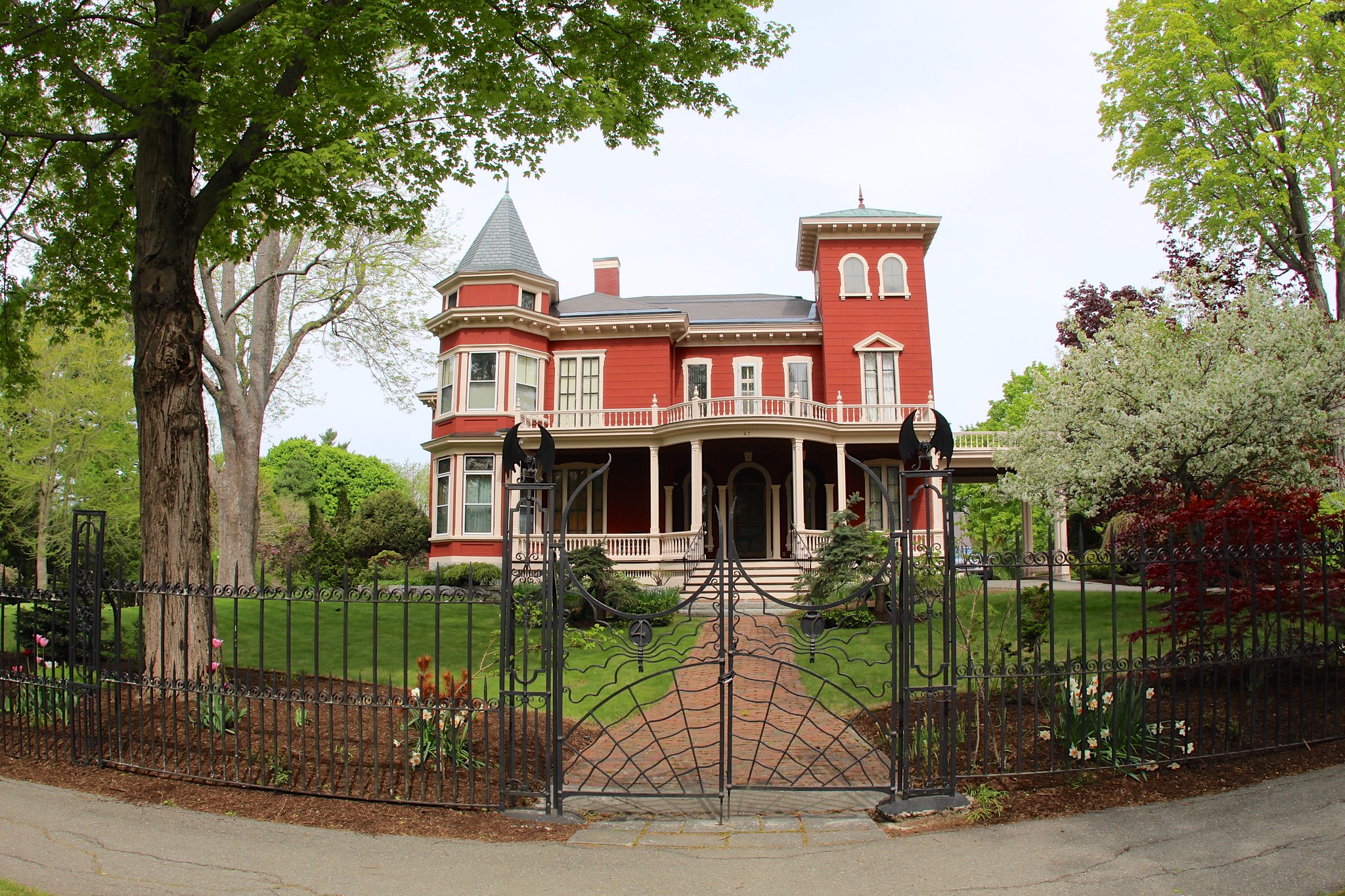 Another iconic site? Mount Hope Cemetery, one of the locations for Pet Sematary. In fact, you may remember that King made a cameo as minister presiding over a funeral at said cemetery. It’s also said that one of the tombstones, marked simply Carrie M., inspired the King book of the same name. Even if you’re not a King fan, Mount Hope—as one of the nation’s oldest garden cemeteries at 200+ years—makes for an interesting tour. Take a self-guided walk, or inquire about a tour via the Bangor Historical Society. 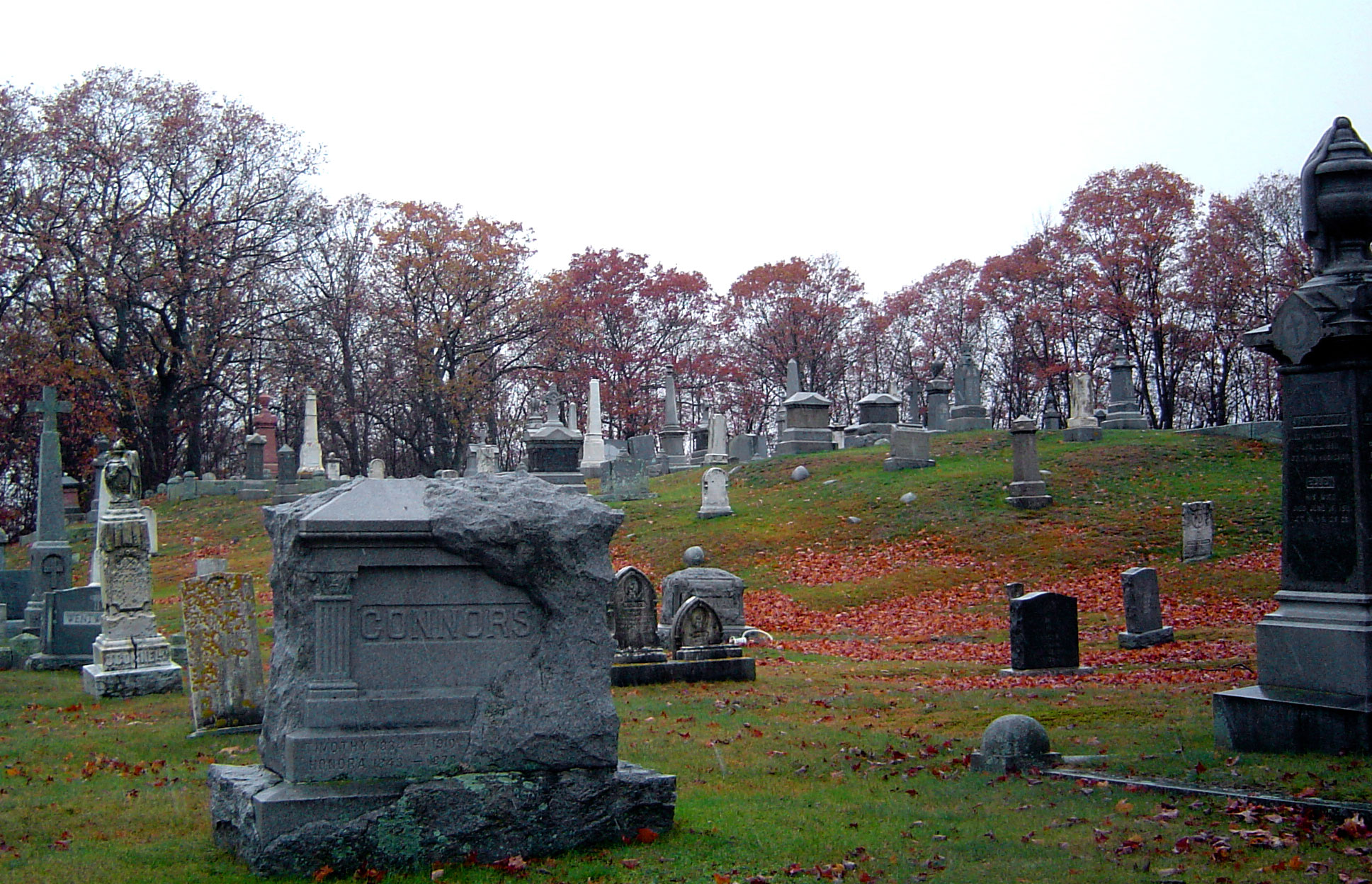 I still have nightmares about Pennywise the clown, and you’ll find reminders of him all over Bangor. First stop: the Paul Bunyan Statue at 519 Main St. In both the original and the reboot of It, it comes to life and attacks Richie. The Thomas Hill Standpipe is the inspiration for the haunted and dangerous water tower in It. The structure dates back to 1897 and is actually quite beautiful. Lastly, the sewer drain at the corner of Union and Jackson Street is said to be the actual drain to have inspired It. If there is a red balloon floating above it, run. 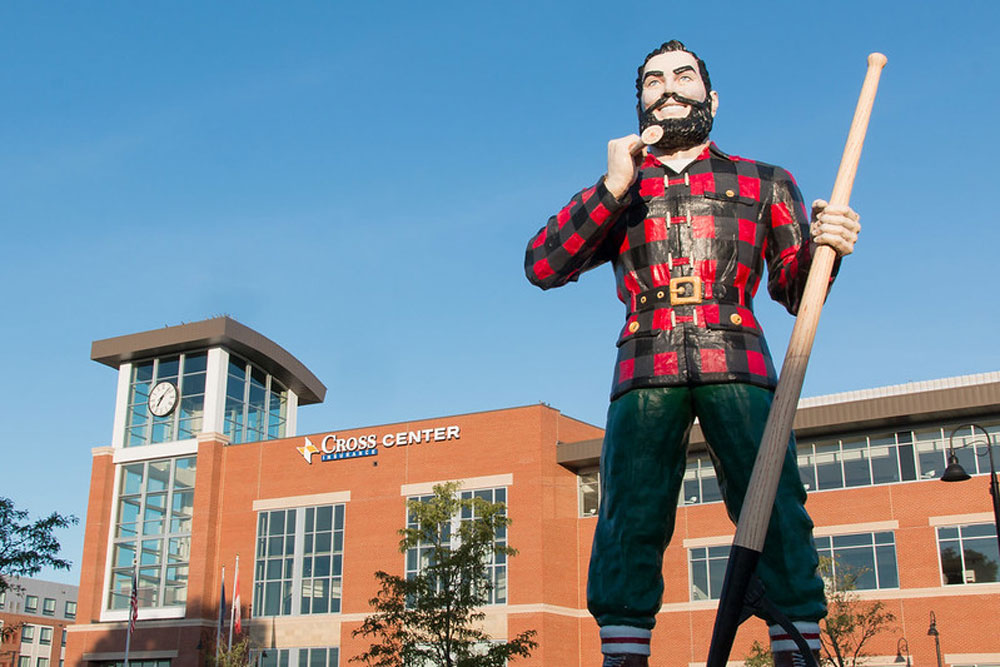 If you’re looking to bring a slice of King’s orbit home with you, visit Gerald Winters & Son at 48 Main Street. Open since 2008, Gerald Winters opened up a bookstore dedicated to all-things Stephen King. From rare and out-of-print books, to manuscripts and memorabilia, there’s something for every kind of King fan.

It’s worth mentioning that Acadia National Park is just down the road (kinda). A day in Bangor is the perfect addition before or after visiting the park.

It’s the original summer blockbuster, and the movie that I still think about every time I swim in the ocean. Jaws is one of those movies that sticks with you. If you’re a fan of the Steven Spielberg masterpiece, a visit to Martha’s Vineyard is a must.

You’ll find filming locations all over the island, but the most beloved is probably the between Edgartown and Oak Bluffs. While it’s officially called the American Legion Memorial Bridge, many refer to it as simply the Jaws Bridge. The channel under the bridge is where the shark (the crew named him Bruce) allegedly swims through after attacking a swimmer in the fictional beach town of Amity. Today, a sign tells visitors to not jump from the bridge, and yet doing so is so commonplace that it’s more or less a Martha’s Vineyard rite of passage. Beware: it can be shallow at low tide, so always jump feet first. 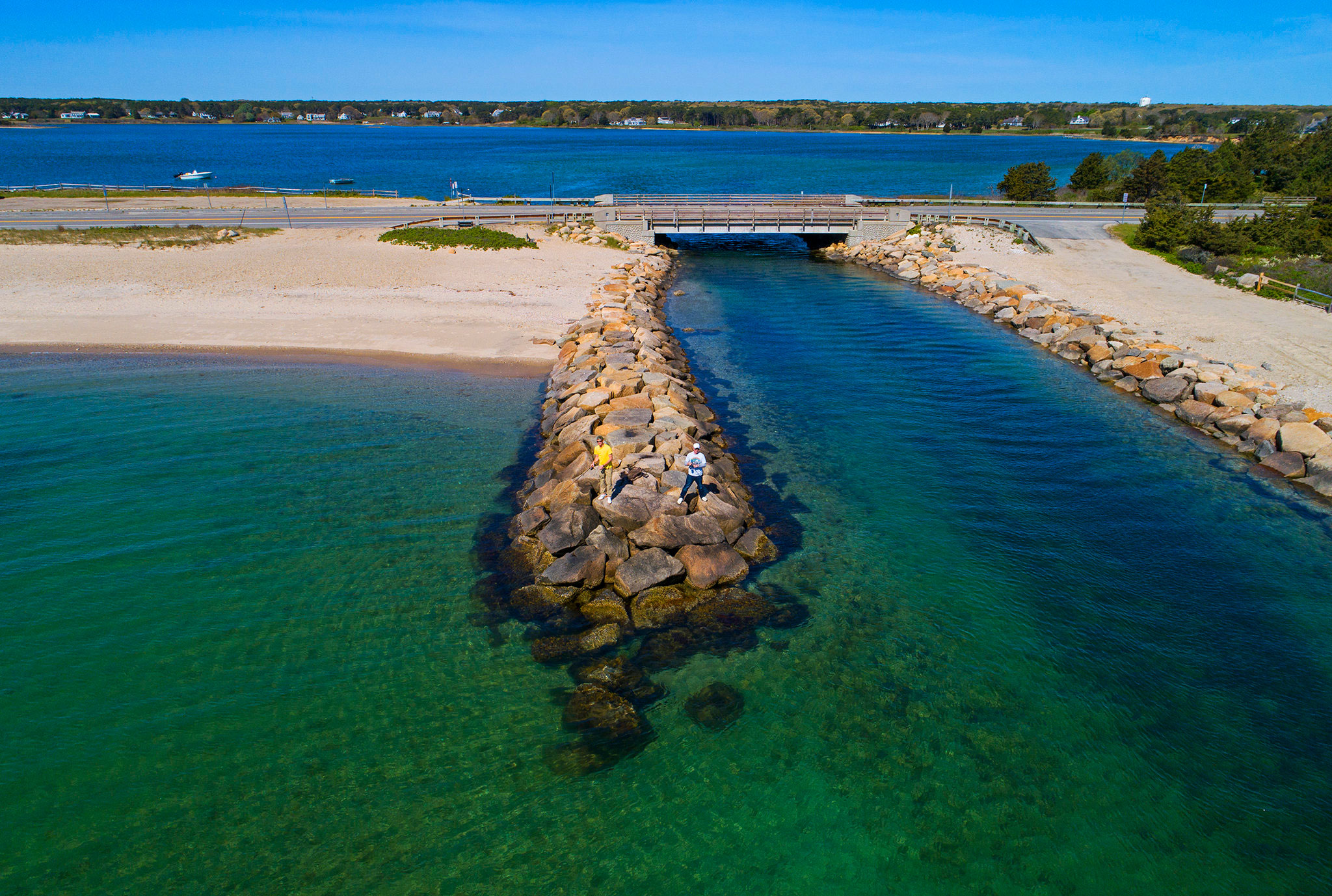 Just down the road, you’ll find South Beach in Edgartown, which is where the opening bonfire scene takes. Chrissie Watkins’ infamous last swim (and the first shark attack)  was filmed at night just off of Cow Beach. I’ll stick to the shore, thank you very much!

On the other side of the island, you’ll find Menemsha Harbor, the location of Quint’s (played by Robert Shaw) shack, and the last resting place for his boat Orca. 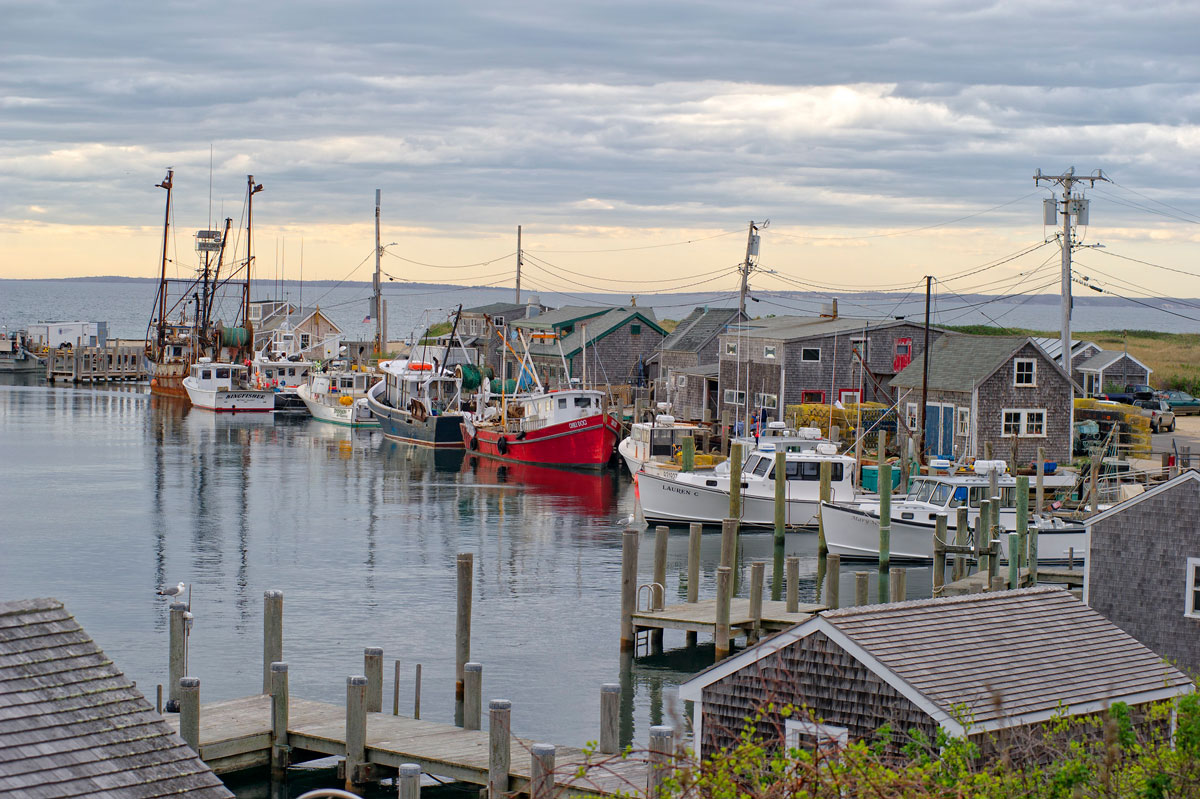 Of course you can do a self-guided tour of the island, but for the best insight to what happened both on and off camera, book a tour with MV transport and Tours. They also offer tours of the island’s African American history, beaches and more.

And while you’re there, check out the tiny island of Chappaquiddick. It’s one of my favorite places to bike.

Goonies never say die! Though not technically a horror movie, I think my kids would beg to differ. It’s a classic that’s part adventure, part thriller, a little scary and a lot fun. If you want to embrace your inner Goonie, visit Astoria, Oregon. Located about two hours north of Portland, and founded in 1811, Astoria is the oldest city in the state of Oregon and was the first American settlement west of the Rocky Mountains, making it good for film and history buffs alike.

Start your day at the Oregon Film Museum. Housed in the old Clatsop County Jail, the museum invites visitors to learn all about films made in Oregon. The building, once an actual working jail (from 1914 – 1976), is featured in the opening jail break from the Goonies. You will also find memorabilia from films such as Animal House, The Shining, One Flew Over the Cuckoo’s Nest, Twilight, Stand By Me, Portlandia and more.

A few other spots in town worth checking out: The Flavel House, which is not only a beautiful Queen Anne style home, but serves as a museum managed by the Clatsop County Historical Society. The 11,000-square-foot-plus still has much of its original furniture, fixtures and more. However, you may remember that Mikey’s dad works at this museum, and it’s also where Mikey finds One-Eyed Willie’s map that inspired the whole adventure. 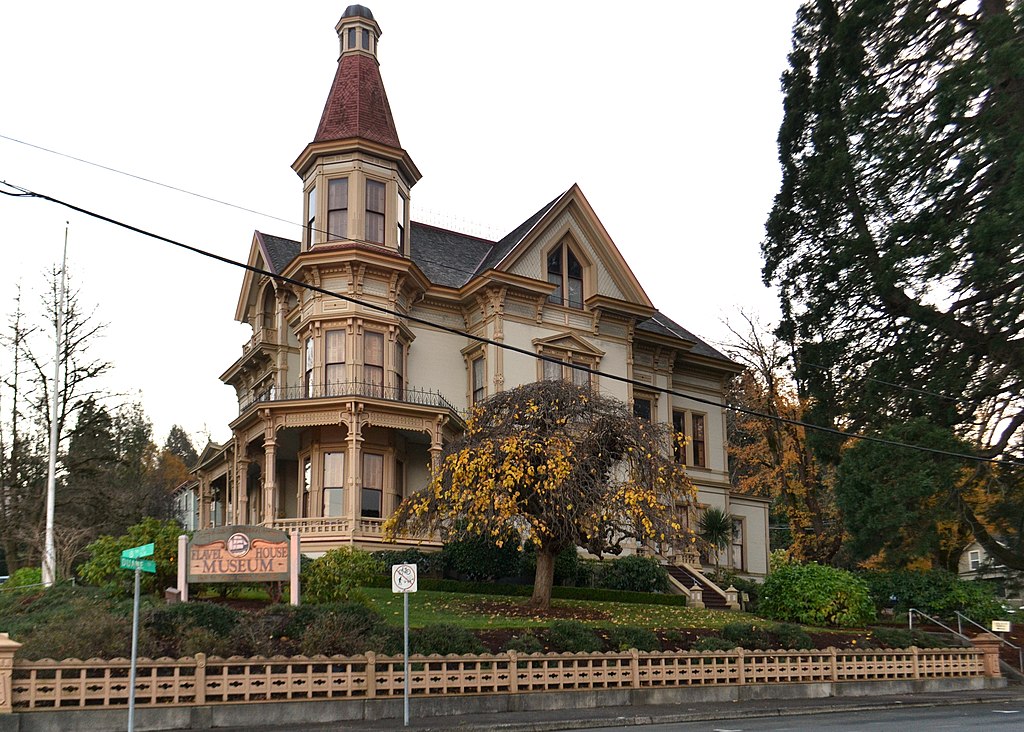 The home at 368 38th Street in Astoria is a fan favorite, immortalized in the scene where Chunk does the truffle shuffle. Apparently, so many wannabe Goonies visit the location that parking on the street is prohibited. However, you can walk to the house for a photo—just be respectful as it’s a residential neighborhood and people do live in the house. There’s a donation box, and leaving some of your own treasure for the homeowners is a very Goonie thing to do. 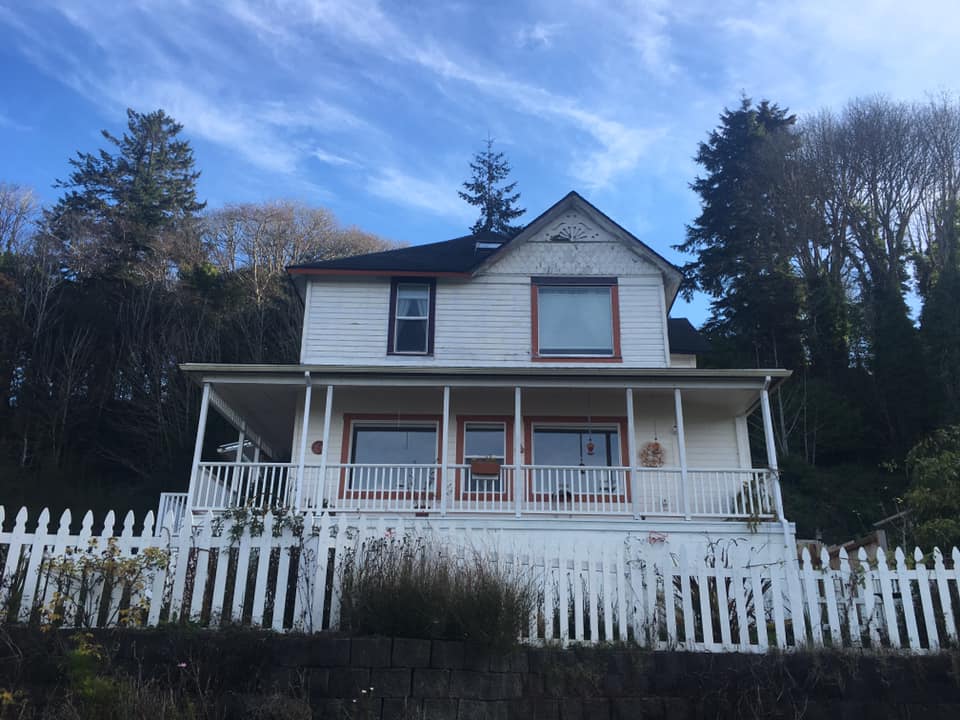 About 45 minutes south on highway 101 takes you to Cannon Beach, an epic destination in its own right. In fact, National Geographic named Cannon Beach “one of The World’s 100 Most Beautiful Places.” It’s also where the opening scenes of the movie take place. While there, be sure to take a photo with Haystack Rock in the background, and explore the town of Cannon Beach. Maybe grab a pint at Pelican Brewing Company and start planning your next adventure. 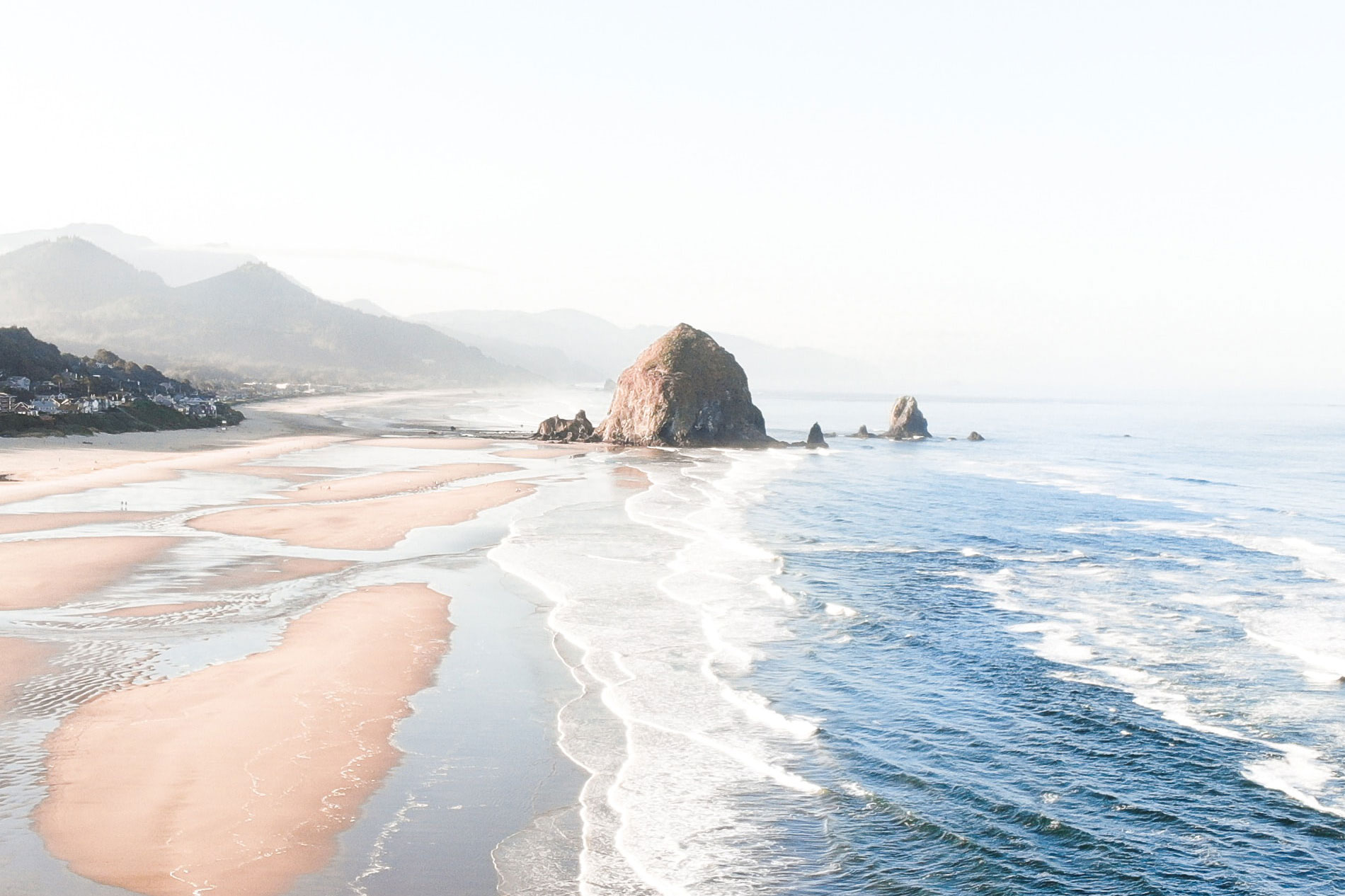 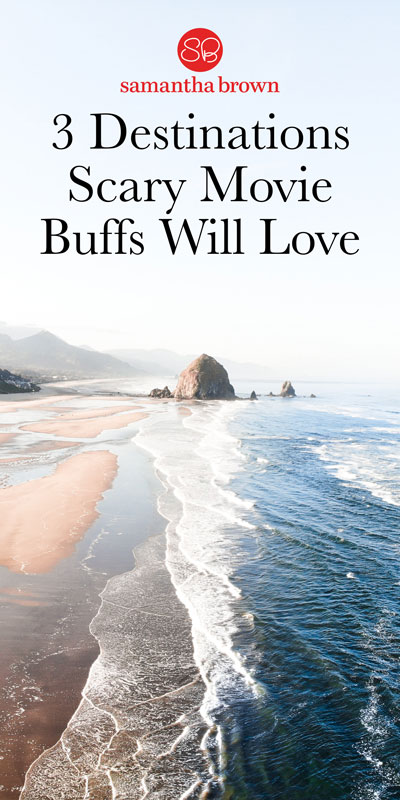