Ever stayed at a haunted hotel?

This time of year always gets me thinking about destinations with a bit of creepier side. It’s one thing to visit a haunted site, but another thing to sleep in one. Here’s a few purportedly haunted hotels.

Built in 1907, this Victorian-style hotel used to house railroad passengers staying in Santa Rosa overnight. It’s said that a few spirits may have never checked out. Modern day guests have reported seeing two ghostly children around the building, looking for their parents. Others claim a women dressed in a nightgown floats through closed doors. Yikes! Good news for guests who are kept awake at Hotel La Rose: There’s a Flying Goat Coffee shop just a block away. I think I might need a fancy caffeinated drink after a night here. 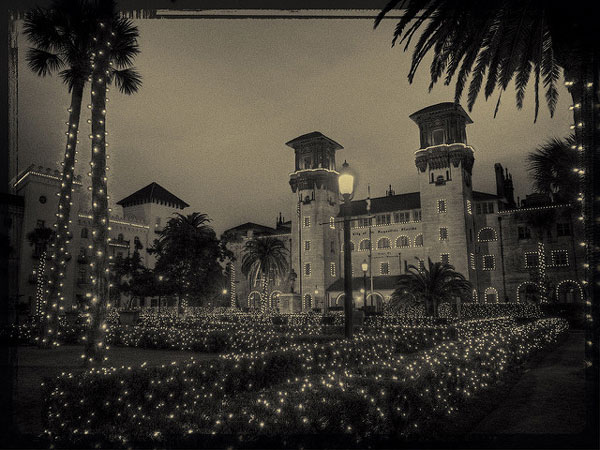 As the oldest city in the United States, St. Augustine has lots of stories to tell. With that much history, you know this place has to be haunted! One of the best places to hang out with the paranormal is the Casa Monica. Built in 1888, it’s said the many guests and employees have seen and heard things that are just not right—especially on the 4th floor. From the sound of children running the halls, to guests reportedly waking up with people standing around their bed, it certainly fits the creepy bill! If staying in a haunted hotel isn’t enough, check out Ghost and Graveyards Frightseeing Tour, which hits all the paranormal hot spots in town. 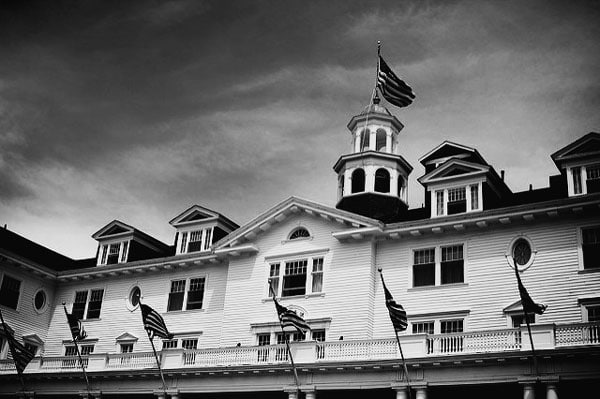 The Stanley is the hotel that inspired Steven King to write The Shining. While the events in the movie were all fictitious, the hotel is thought to be haunted by the original owners, F.O and Flora Stanley. Mrs. Stanley has been heard playing the piano. Mr. Stanley sometimes shows up in the Billiard Room. Harmless, really, compared to King’s version, featuring white-faced ghost children beckoning, “come play with us.” They offer ghost tours, including a night tour into a underground tunnel, as well as the most haunted room in the hotel, the Concert Hall. There are ghost hunts for anyone 18 and older, and ghost stories for the kids (and ‘fraidy cats!). 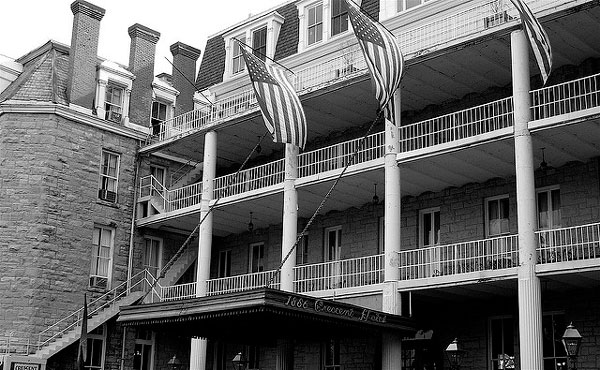 Some hotels shy away from promoting their haunted history. Not the Crescent Hotel in Eureka Springs, AK. Dubbed “America’s Most Haunted Hotel,” this accommodation plays up the creepy factor by offering ghost tour packages. During the month of October, they guarantee guests can sleep with a ghost. Relax, it’s not as weird as it sounds—each room comes with a stuffed ghost on the bed. Just a little paranormal humor for ya! But in all seriousness, there’s apparently no shortage of extra hotel guests lingering, the most famous being Michael, an Irish stonemason who fell to his death while building the hotel in 1885. He likes to hang out in room 218… would you be brave enough to spend the night there? I’m not so sure I would. 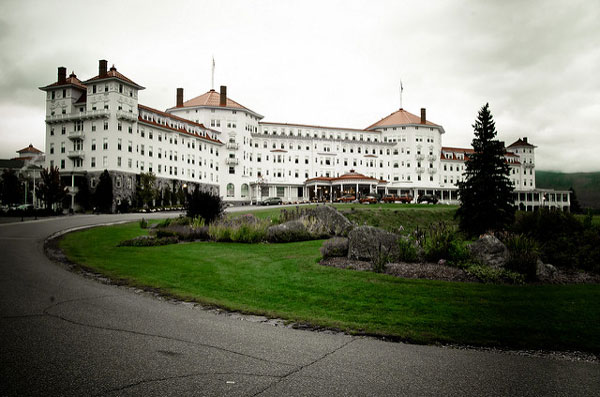 Located in Bretton Woods, NH, the Omni Mount Washington Resort offers stunning mountain views, an incredible golf course and one guest who’s never checked out. Legend has it that Carolyn Stickney, the wife of the hotel’s original owner, still keeps an eye on the place… even though she died in 1936. Guests staying in her former suite claim to have seen the Princess (as she’s called by hotel employees) sitting at the end of the bed, brushing her hair. Others have taken photos outside of the hotel, later discovering they could see a woman in the window of the Princess’s room.

Would you be brave enough to stay in a haunted hotel? Any paranormal hotel experiences? Share in the comments!