Vancouver is the envy of the world due to its proximity to nature.

From the city, you can see the beautiful mountains. From the mountains, it’s a bird’s eye view of the Vancouver skyline. In the time it would take most people to drive to their local mall, you can literally get from downtown to the great outdoors. How cool is that?

On my last trip, I was able to get seriously up-close-and-personal with mother nature. On top of Grouse Mountain, you’ll find an animal sanctuary like no other. Grouse Mountain Wildlife Refuge is home to all sorts of endangered wildlife, including two beautiful orphaned grizzly bears. Now if you’re anything like me, the word grizzly bear makes me shudder. But not in this case– these two are well loved and cared for. I wasn’t about it climb into their pen and snuggle with them, but I was happy to do the next best thing: feed them!

Apparently grizzly bears don’t just like eating the likes of Leonardo DiCaprio. They also love apples. I threw them a few, plus learned some awesome trivia about this majestic species… including what to do it you ever encounter one in the woods. YIKES! 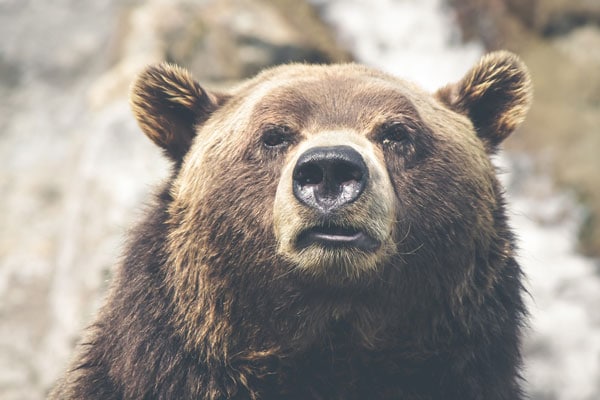