Is reclining your seat on an airplane a do or don’t?

Reclining seats have been a human-comfort controversy just waiting to happen.I tend to lean (puns!) toward the don’t camp. So, I jotted down a few of my own deep thoughts on the subject.

All those silent prayers that you say hoping that the person in front of you does not recline their seat could really be used for better purposes.

Who owns the property lines in the airline seat scenario? Technically, the recliner in front of you is in your airspace. Is that OK?  You paid for that space. You’d have to recline to get it back, and that just causes more unhappiness.

Reclining seats are the REAL reason alcohol is served on an airplane. Virtually everyone knows its a bad idea, but just one drink makes it easier to fly with a stranger in your lap.

All you tall men out there, for once you have a disadvantage in life! I’ve heard that tall men are perceived to have higher IQ’s, are likely to be paid more, have more women interested in them. Short people like me don’t feel your pain!

At least they still don’t allow cell phone calls on planes. I think I would rather have my knees caved-in than listen to the woman in 34D’s crazy wedding shower and bachelorette party details for over an hour.

What are your thoughts about seats reclining (so far) on airplanes? 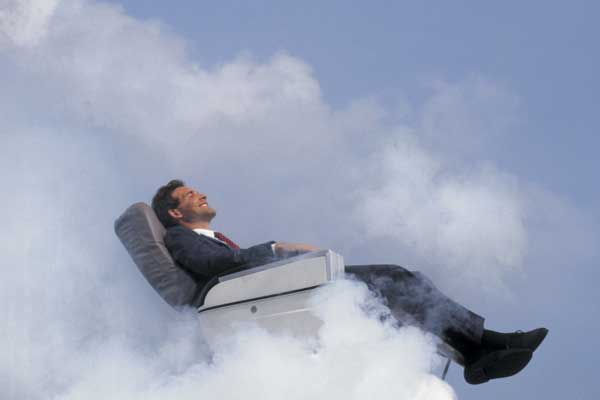