It’s one of the best places you’ll visit for wildlife, history, beaches, wineries, mountains and more. The State has an incredible past and passion for putting it all on display. You’ll have the chance to relive Colonial times in Williamsburg or the Civil War in Manassas. You’ll also be invited into the homes of our founding fathers at Monticello (Thomas Jefferson), Mount Vernon (George Washington) and Montpelier (James Madison).

Here are 6 places to visit on your next trip to Virginia:

Tell your kids it’s all about the beach… and then stop at Williamsburg, Yorktown and Jamestown along the way. It’s a perfect combination of recreation and education. There is always something fun and entertaining going on. Pedal along the 3-mile long boardwalk on a beach cruiser, take a dolphin kayak tour, charter a fishing boat and learn to paddleboard (if the water is warm). 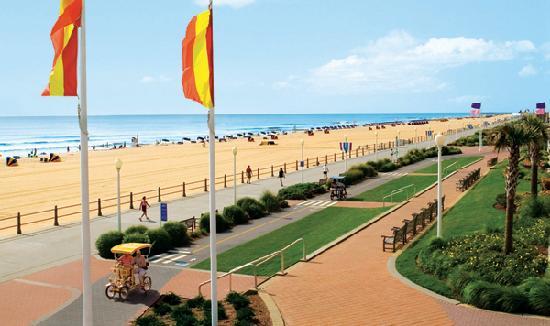 Head northeast from Virginia Beach up US-13 about 80 miles, you’ll be in a tiny part of heaven. Home to wild ponies, magic sunsets and dramatic, uncrowded beaches, Chincoteague is Virginia’s only resort island and serves as the gateway to Assateague Island.

Assateague Island is a barrier island and wildlife sanctuary, completely protected from development. Aside from the beach, you can hike nature trails, take a boat tour, visit the lighthouse and of course, spend some quality time watching and photographing the wild ponies. Every year in July, 150 horses swim from Assateague to Chincoteague Island as part of an annual event called the Pony Swim.  It’s a tradition that goes back 88 years!! 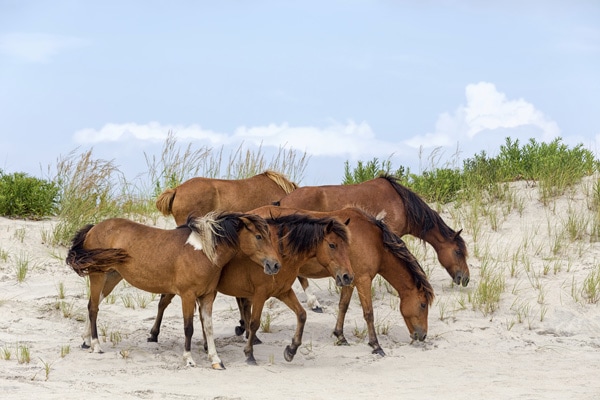 A lot of people might ask where kids who live in Virginia and DC go on field trips. I mean, think of the staggering number of choices! The answer is they go to Williamsburg, Yorktown and Jamestown to learn about Colonial times, the first settlers, Pocahontas, and the Battle of Yorktown. The list goes on and on. It’s one of the most profound historic places in the entire country. The history here is fun and entertaining, where kids young and old actually experience Colonial times. To put some extra points in the fun column, I recommend staying at the nearby Great Wolf Lodge and planning an extra day to visit Busch Gardens. 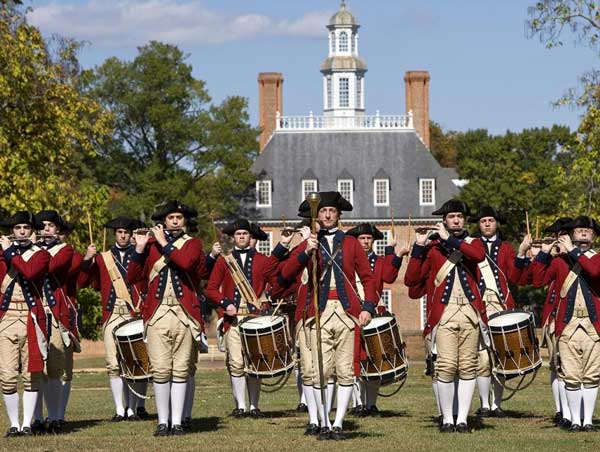 Once you’re done with the attractions on the eastern part of the state, head west to the home of Thomas Jefferson. Monticello is simply stunning. You’ll enjoy seeing how he lived, the genius in the architecture and the thousands of flowers and blooming trees that line this beautiful mountaintop estate. If you’re a Thomas Jefferson fan, you’ll love experiencing first-hand how he lived his life at Monticello. The view looking down on the University of Virginia and the sweeping vistas surrounding Jefferson’s mountaintop home are something special. You can also visit the Jefferson graveyard where he is buried, explore the grounds and gardens (my favorite) and walk the Saunders-Monticello Trail. Also nearby, you’ll find 30 Virginia wineries within a 40-mile radius of Monticello. Sounds like a great way to spend a weekend! 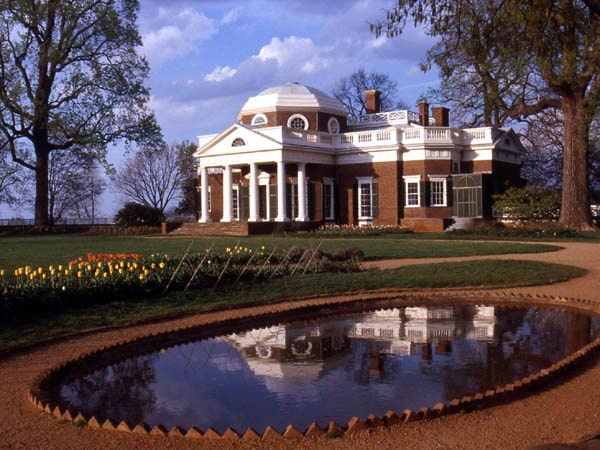 If you have any Civil War history buffs in the family, plan a stop at the Manassas National Battlefield. Manassas is located near DC (about 26 miles) and is a local favorite for Civil War history and gorgeous rolling hills. The Confederacy won important victories on the battlefield known as Bull Run and General Jackson received his famous nickname Stonewall here when his brigade stood like a stone wall against the Union army.

On a nice clear day, you can’t beat a walking tour of this amazing historic battlefield. This is where 30,000 soldiers fought and died in one of the most epic confrontations in U.S. history. You’ll hear stories about the battles. For example, the unfortunate death of Judith Carter Henry, an 85-year-old widow and invalid, who was unable to leave her bedroom in the Henry House, which still stands on the battlefield. 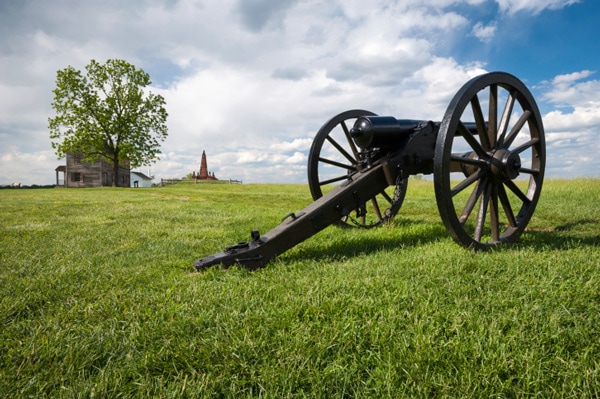 Anyone who loves the great outdoors will marvel at all that Shenandoah National Park and the famous Skyline Drive have to offer. From the breathtaking Blue Ridge Mountain vistas to the rocky slopes, you’ll be amazed at the beautiful terrain.

Be sure to drive along the 105 miles of highway known as Skyline Drive. Designated as a National Historic Landmark, it runs from Rockfish Gap (Afton) to Front Royal. Sections of the Appalachian Trail are accessible via Skyline Drive. Why not stop and walk along this famous 2,181-mile long path? Pack the right shoes, a picnic lunch, and your camera. 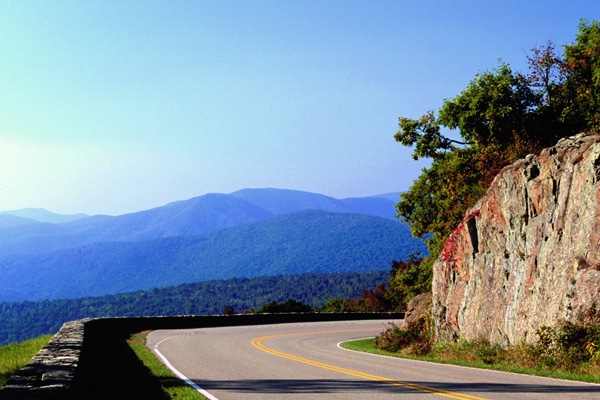 Springtime in DC: Pretty in Pink

East Coast Beaches with Nearby History 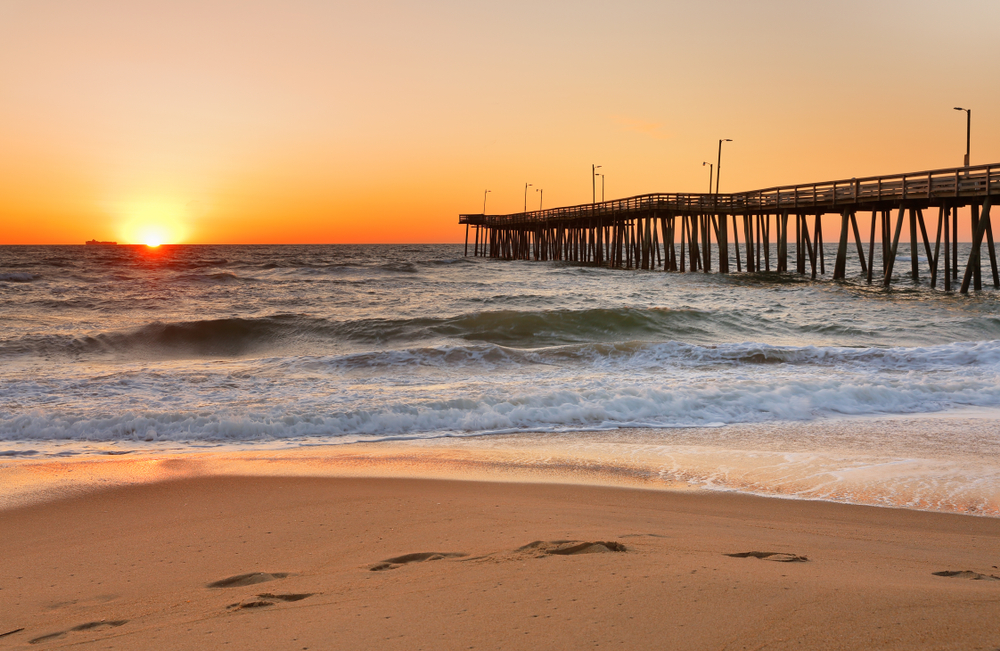