When you have a place that’s home to natural wonders worthy of the gods and a history that is so distinct, it’s easy to find any number of unique things to do in Colorado Springs, CO.

Long before the gold rush enticed settlers from the East Coast, the Ute people considered this region to be their home. While today we have science to explain why so much of Colorado Springs’ nature is remarkable, the Ute as well as other Native American tribes understood the area’s specialness for centuries, often passing through and settling in the very areas on this list.

Even later, visitors came here looking for the healing nature they were in short supply of back home. Things like the altitude, the sunshine, the mysterious springs, and the drier climate helped soothe the very illnesses exacerbated by the industrial cities of the east.

Colorado Springs is a place where history and nature collide to create something that is both unique within American culture and wholly representative of it. Once you read through these recommendations, you’ll see just what I mean!

Unique Things to Do in Colorado Springs

1. Take a Ride on the Highest Railroad in the Northern Hemisphere 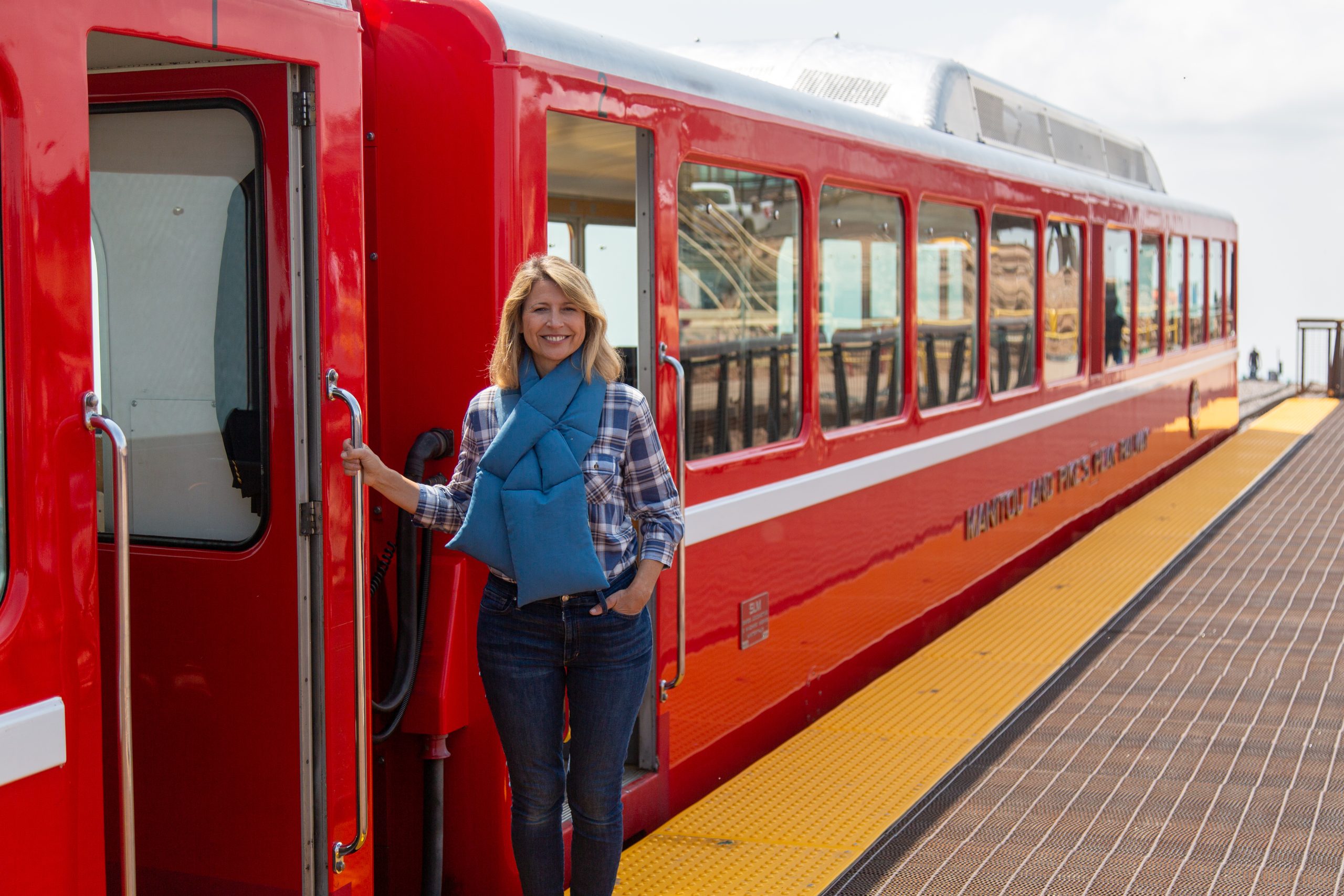 The first thing you have to do in Colorado Springs is to ride The Broadmoor Manitou & Pikes Peak Cog Railway. It’s one of only two cog railways left in the country and at 14,115 ft, it’s the highest railroad in the entire Northern Hemisphere. It’s actually held that distinction since construction was originally completed back in 1891.

The entire reason for Pikes Peak Cog Railway’s existence dates back to a deeply uncomfortable mule ride in 1888 by Zalmon G. Simmons while he was surveying Engelmann Canyon for telegraph lines. The whole experience was two very long days, so he decided to fund a railway himself to save others the misery!

Do yourself a favor and pay the extra $10 to pick your own seat. Then make sure to pick Seat A, which is a window seat and on the side with better views.

Once you’re let off your train, you’ll, of course, be at Pikes Peak, also known as America’s Mountain. Believe it or not, it’s the second most visited mountain in the world, and the view is so breathtaking it inspired Katharine Lee Bates to write “America the Beautiful.” As she described it, “..[W]hen I saw the view, I felt great joy. All the wonder of America seemed displayed there, with the sea-like expanse.”

2. Stay at the Broadmoor 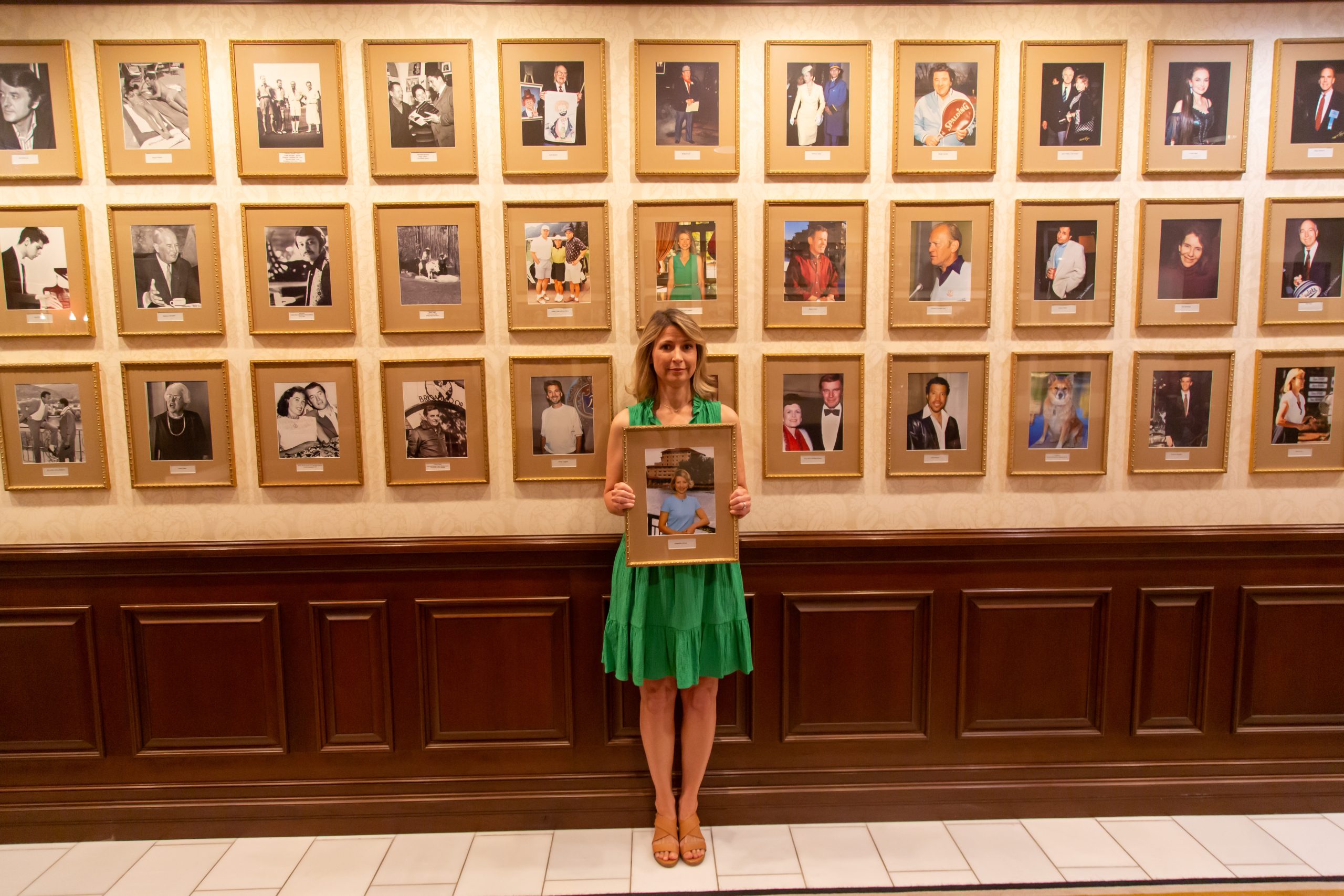 If there’s one place you stay in Colorado Springs, it has to be The Broadmoor. Situated at the base of Cheyenne Mountain, this historic resort has a history dating back over a hundred years. Although the resort is massive, its Mediterranean Revival design and pink stucco facade allow it to complement the surrounding landscape instead of sticking out like a sore thumb.

Back when the area was bought, the new owners hired architects Warren and Wetmore, famous for their luxury creations all around the East Coast, to design a resort that would rival those found in Europe. They also hired Frederick Law Olmsted Jr., son of the father of American landscape architecture, to tackle the 3,000 acres.

Today, the Broadmoor is known as the Grand Dame of the Rockies. Of its nearly 800 rooms, you can choose from elegant guestrooms all the way to cottages and brownstones, many of which include incredible views. The resort has hosted many international dignitaries and celebrities, and you can actually see all their images in the hotel’s Hall of Fame. Look carefully, you might just see a certain, blonde travel host up there! 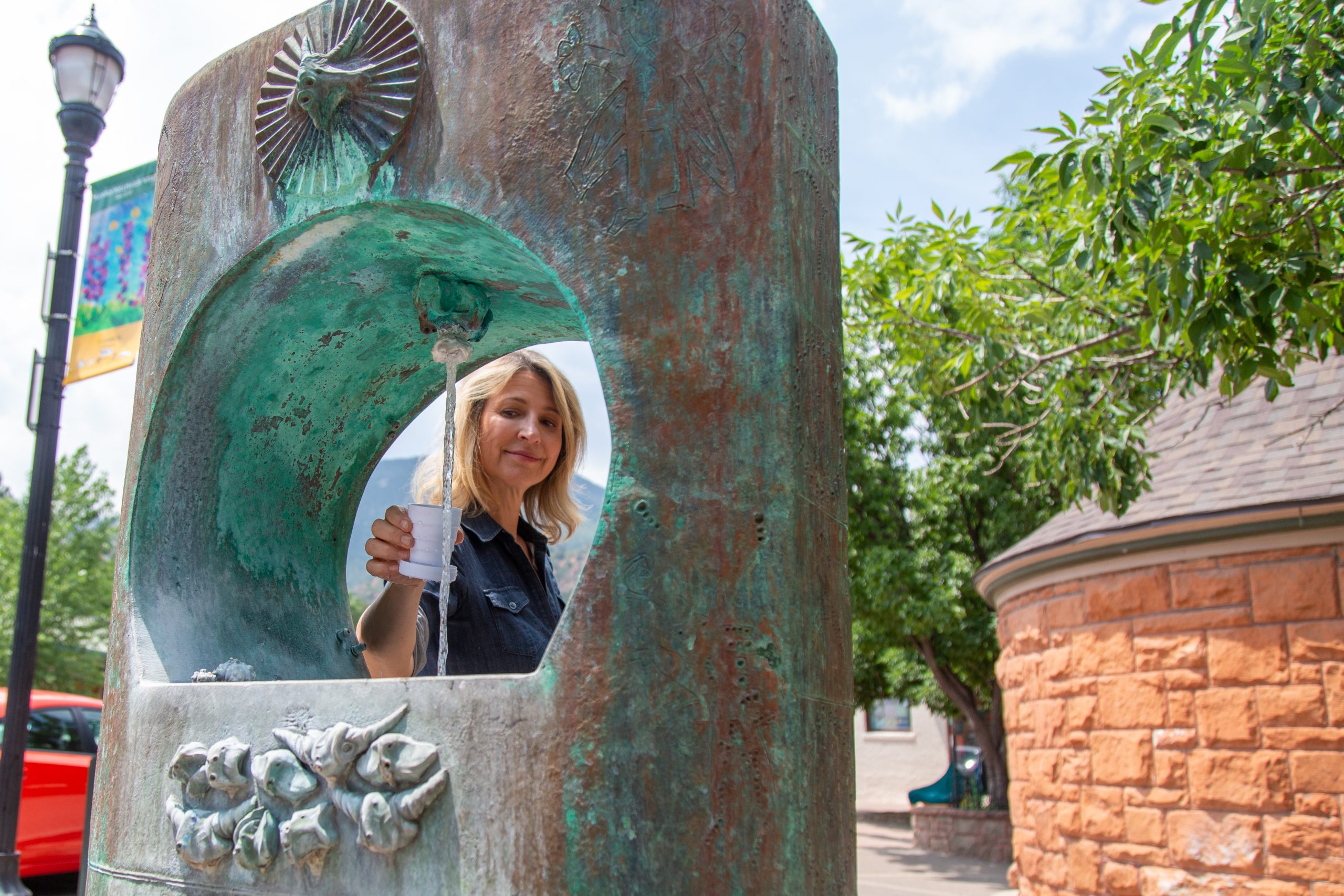 Oddly enough, Colorado Springs doesn’t actually have any springs! In order to see them, you’ll have to go about ten or so minutes over to the small town of Manitou Springs, which sits at the foot of Pikes Peak. The springs you find here are naturally carbonated from a karst aquifer located under the town.

Long before Manitou Springs was “founded,” Native Americans had been passing through for years. They considered the area sacred and the mineral water they found to be the breath of the Great Spirit. Tribes such as the Mountain Utes, Cheyenne, Arapahoe, and others would come to enjoy this natural medicine.

The town itself came later in the 1870s as the region began seeing visitors looking for a retreat that included these healing springs. These days you can visit and try water from the eight springs in Manitou’s Historic District. Make sure to pick up both a map and a sipping cup at the visitor center to do a little self-guided tour. Each spring is supposed to have a distinct flavor, so see if you can spot the differences.

4. Witness the Garden of the Gods Park 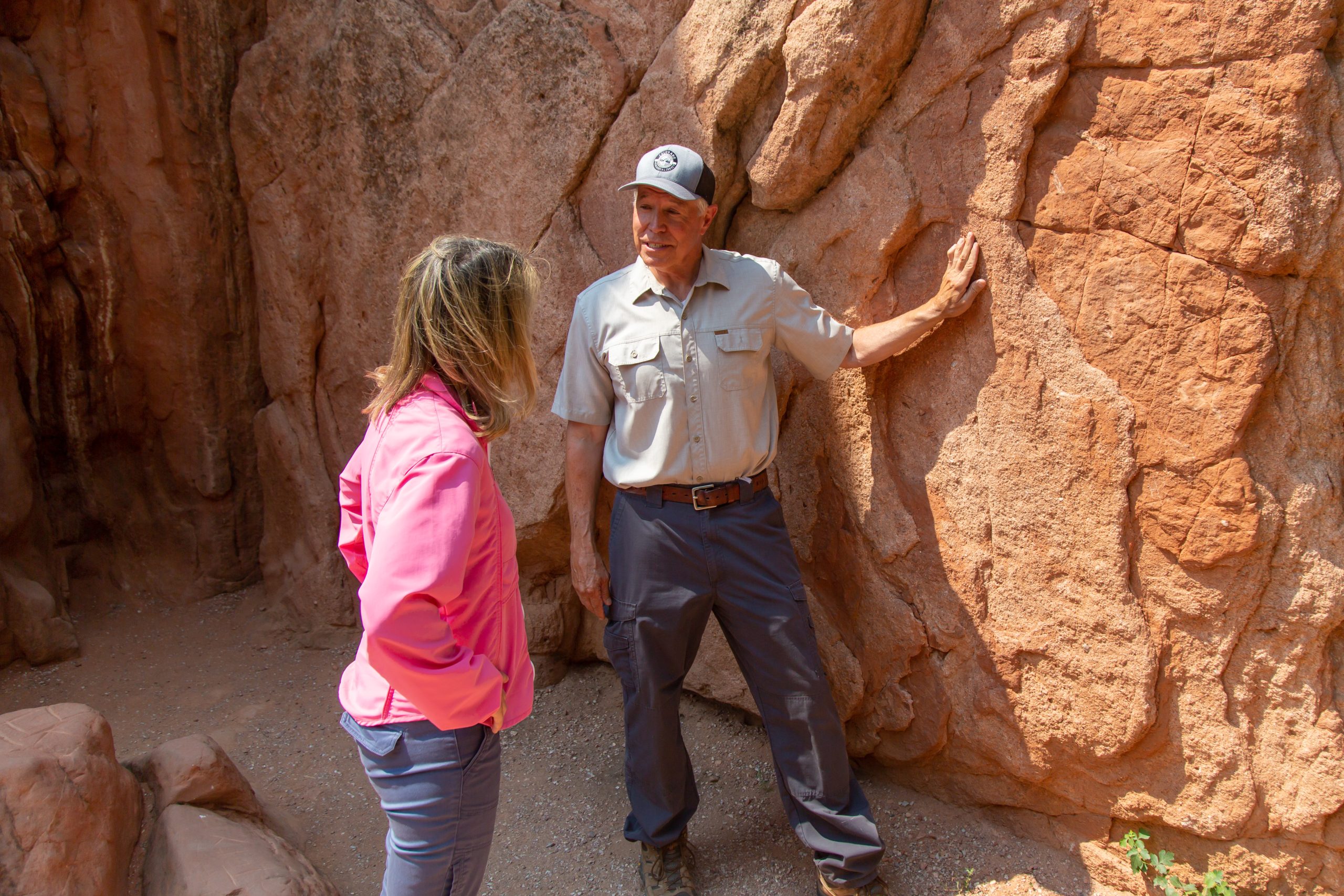 By far one of the most incredibly unique things to do in Colorado Springs is witnessing the magnificence of the Garden of the Gods Park. You’d think a place with such a grand title would make expectations too high, but I assure you this place lives up to its name.

Without making it too confusing, what makes the Garden of the Gods Park’s red rock formations so special is the way they’ve formed. Most sedimentary rocks are formed in layers of accumulated particles over millions of years, and you can see the horizontal lines when you look at them. What happened here is that the Rocky Mountains and Pikes Peak created an uplift that forced the rocks to tilt. So now these rocks have all sorts of interesting lines and formations you don’t normally see.

What you do see really feels like something otherworldly. In fact, that’s just what one of the surveyors, Rufus Cable said when his companion, M.S. Beach, suggested they build a beer garden in 1859. “Beer Garden! Why it is a fit place for the Gods to assemble. We will call it the Garden of the Gods.”

Even before Cable and Beah explored the area, various Native American communities have had ties to the land going all the way back to 250 BC. Many took shelter here in the winter and considered it a peaceful, neutral ground.

Luckily, its last owner, Charles Elliott Perkins, gifted the park to Colorado Springs and mandated that it be free to all visitors upon his death in 1909. This way everyone can come to enjoy one of America’s most breathtaking natural wonders. It’s very easy to drive and stroll around these majestic creations and see millions of years of history laid out in every groove.

5. Meet the Wolves at Colorado Wolf and Wildlife Sanctuary 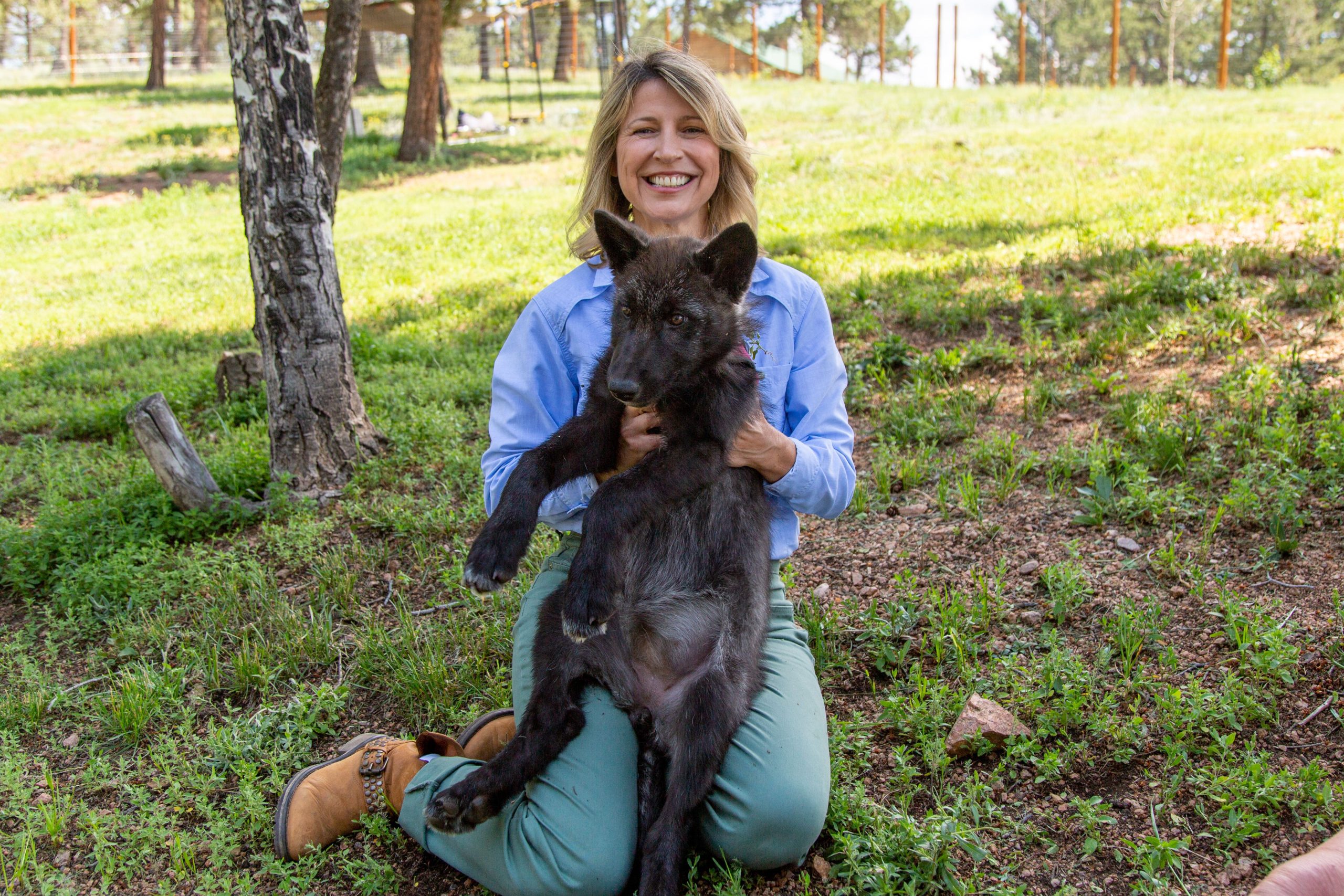 Let’s rewind a bit to 1993. Back then, a woman by the name of Darlene Kobobel, had just rescued a wolf-dog named Chinook. As the name suggests, a wolf-dog is a hybrid canine born from a dog and a wolf – usually a gray, eastern, red, or Ethiopian breed.

Although there’s evidence of wolfdogs going back to prehistoric times and there are at least over 100,000 wolfdogs in the US alone, the hybrid breed is very misunderstood. As a result, many are euthanized, and Chinook was in danger of being next in line before Kobobel rescued him.

Once Chinook was safely in her custody, she went to work learning all she could about wolf-dogs. This research led her to create the Wolf Hybrid Rescue Center to provide a haven and prevent any more euthanizations. It was when she began to be inundated with calls with owners hoping to surrender their wolf-dogs that she realized there was a serious lack of education about these beautiful creatures. And wolf-dogs were paying for it as most humane societies and animal shelters will euthanize them within a few days of arrival.

After nearly three decades and a few obstacles, Kobobel now runs the Colorado Wolf and Wildlife Center with the intention of educating visitors about wolves, coyotes, foxes, and wolf-dogs and their importance to our ecosystem as well as providing a legitimate sanctuary for them, as certified by the Association of Zoos and Aquariums.

Visitors can check out any number of their tours where you can responsibly interact with the creatures all around the center. While they do offer a VIP encounter where you can get up close and personal with a wolf, it is done with extreme safety in mind and with all consideration for the wolf. Guests can also only do this experience after the hour-long educational tour. Kobobel explains that she allows this regulated encounter so that people can truly come to understand wolves and help be part of their preservation in the country.

And there you have it, some of the most unique things to do in Colorado Springs, CO. When you visit, you’ll see why it’s so easy to fall in love with a place that offers such a distinctive history and is home to some of the most incredible natural wonders in the world!

If you want to see more unique things to do in Colorado Springs and what else we got up on our visit, check out our Colorado Springs episode of Season 5’s “Samantha Brown’s Places to Love”! 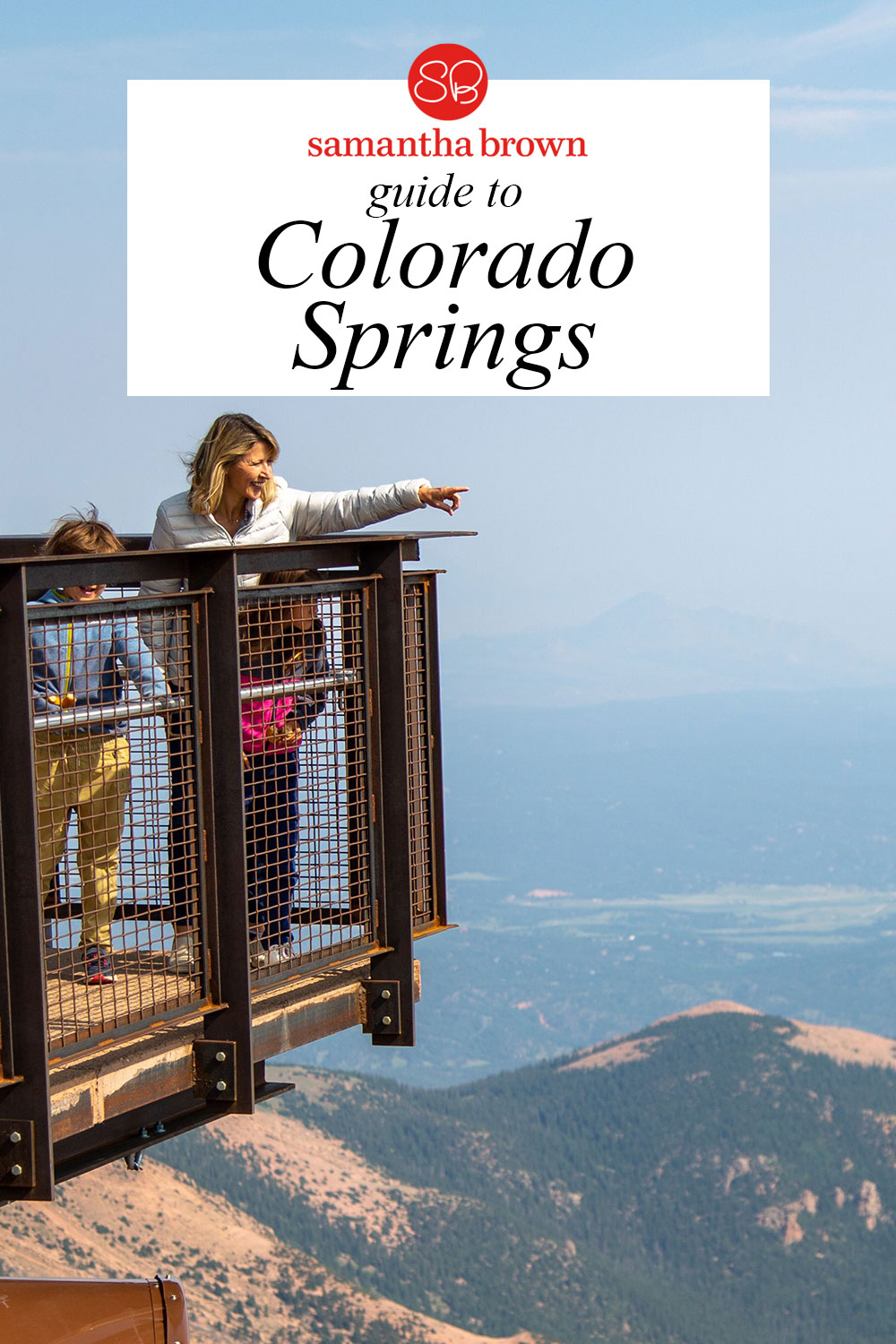 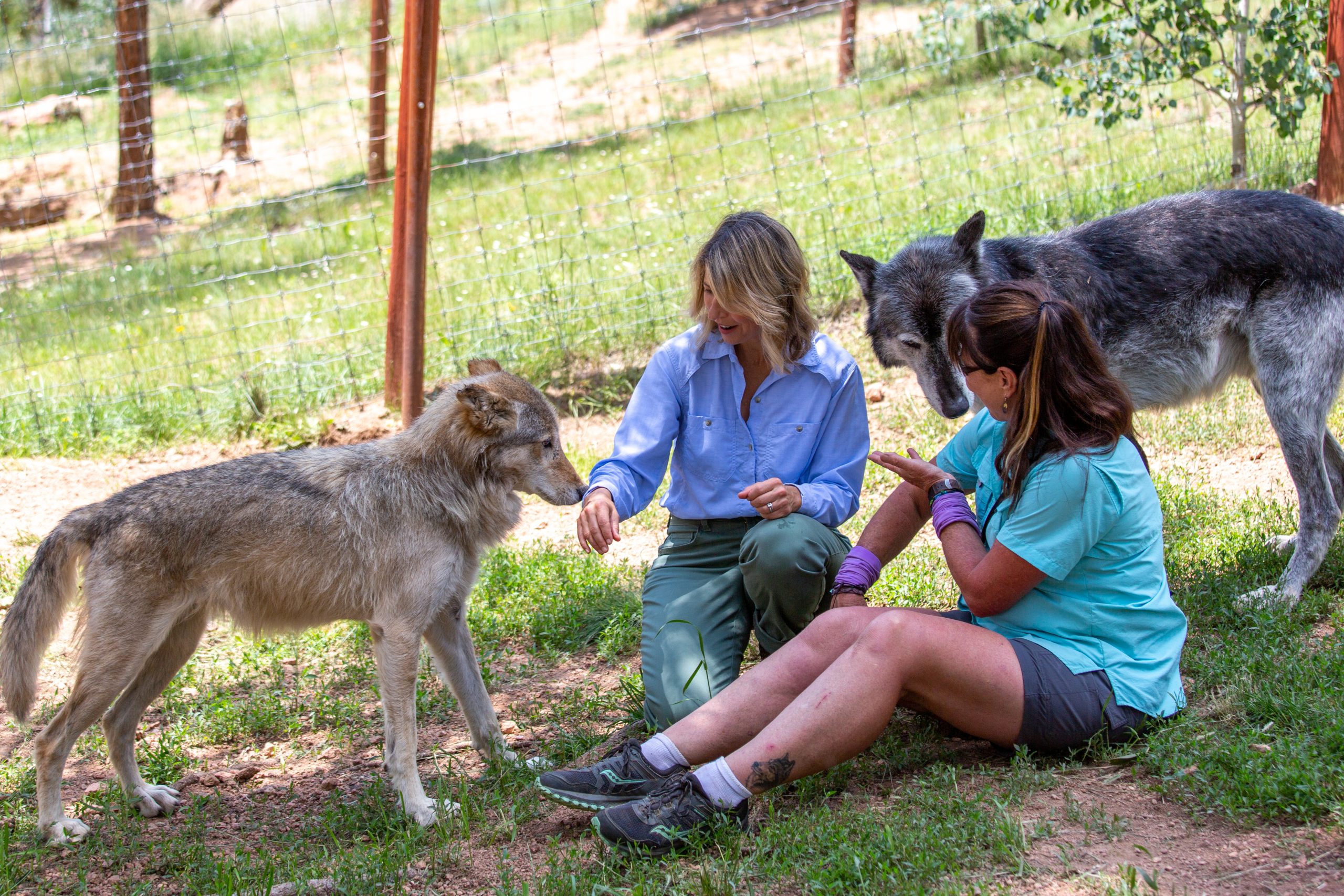