There’s nothing like exploring and appreciating our hometowns. With that in mind, I’ve been reaching out to professional travelers and travel enthusiasts about the best of their hometowns, all of which make for great road trips too for non-locals!

A retired teacher and counselor, Charlotte has become the Instagram persona behind Traveling Black Widow. She and her late husband traveled to all 50 states as well as a number of other countries before he was taken too early by cancer. As Charlotte processed her grief, her love of traveling and seeing the world became a comfort and her passion. With some coaxing from her daughter, The Traveling Black Widow became a reality on Instagram.

How long have you lived in Indianapolis?
21 years.

Why did you move there?
My husband was transferred here on his job. 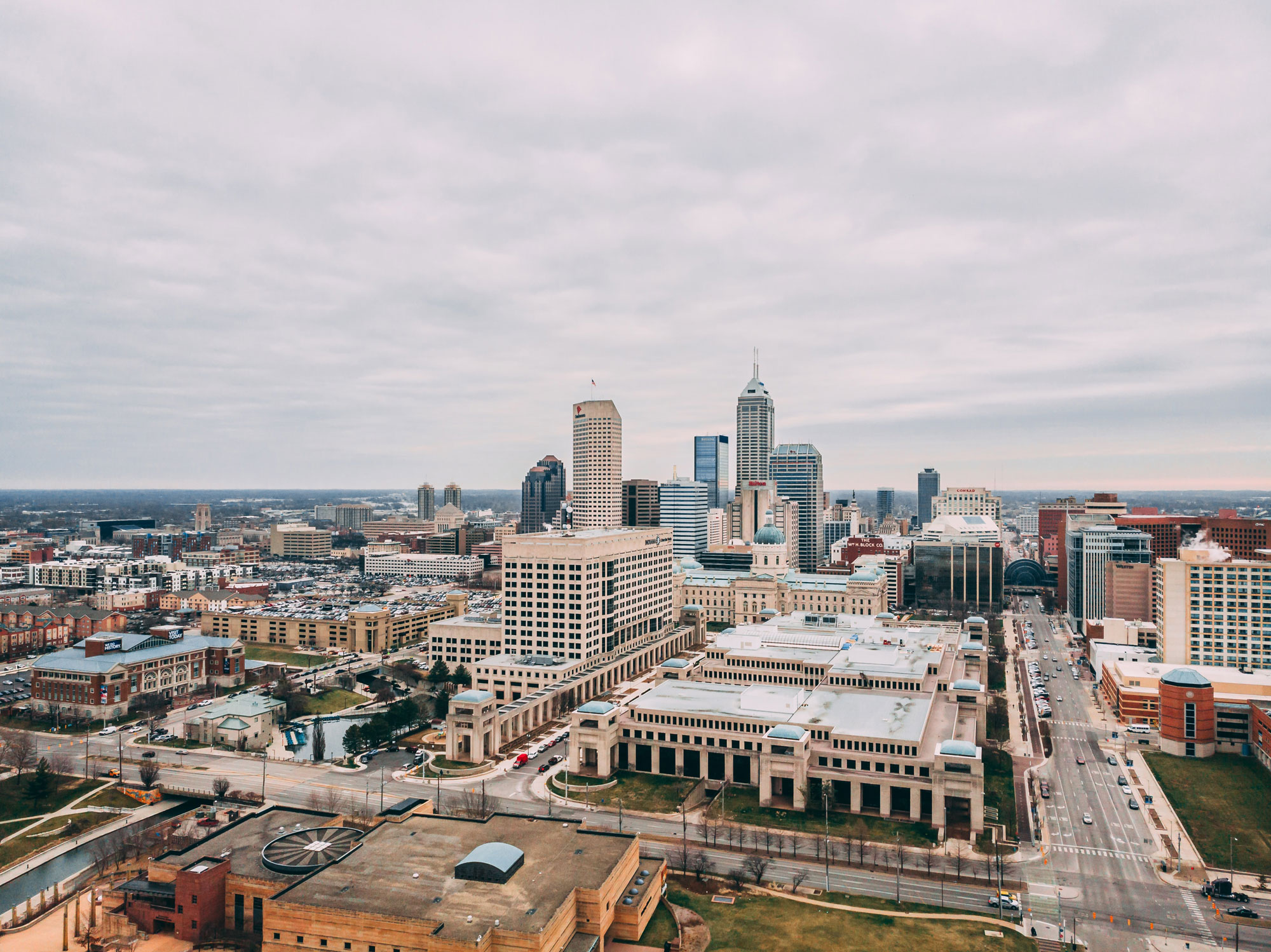 Three words to describe Indianapolis.
Big city with a small town feel – oops, too many words.

Indianapolis is known for its raceway. Visiting for the Indy 500 would be so fun, but I assume also very expensive and busy. Are there ways to get a taste of that race culture other times of the year?
YES!! The Kiss the Bricks tour is an opportunity to ride a bus/tram one lap around the track stopping at the brick starting line to kiss the bricks and take some photos. The $25 ticket includes admission to the museum.

There are also numerous races throughout the year including the Grand Prix and NASCAR.

You can also run the mini-marathon around the track. 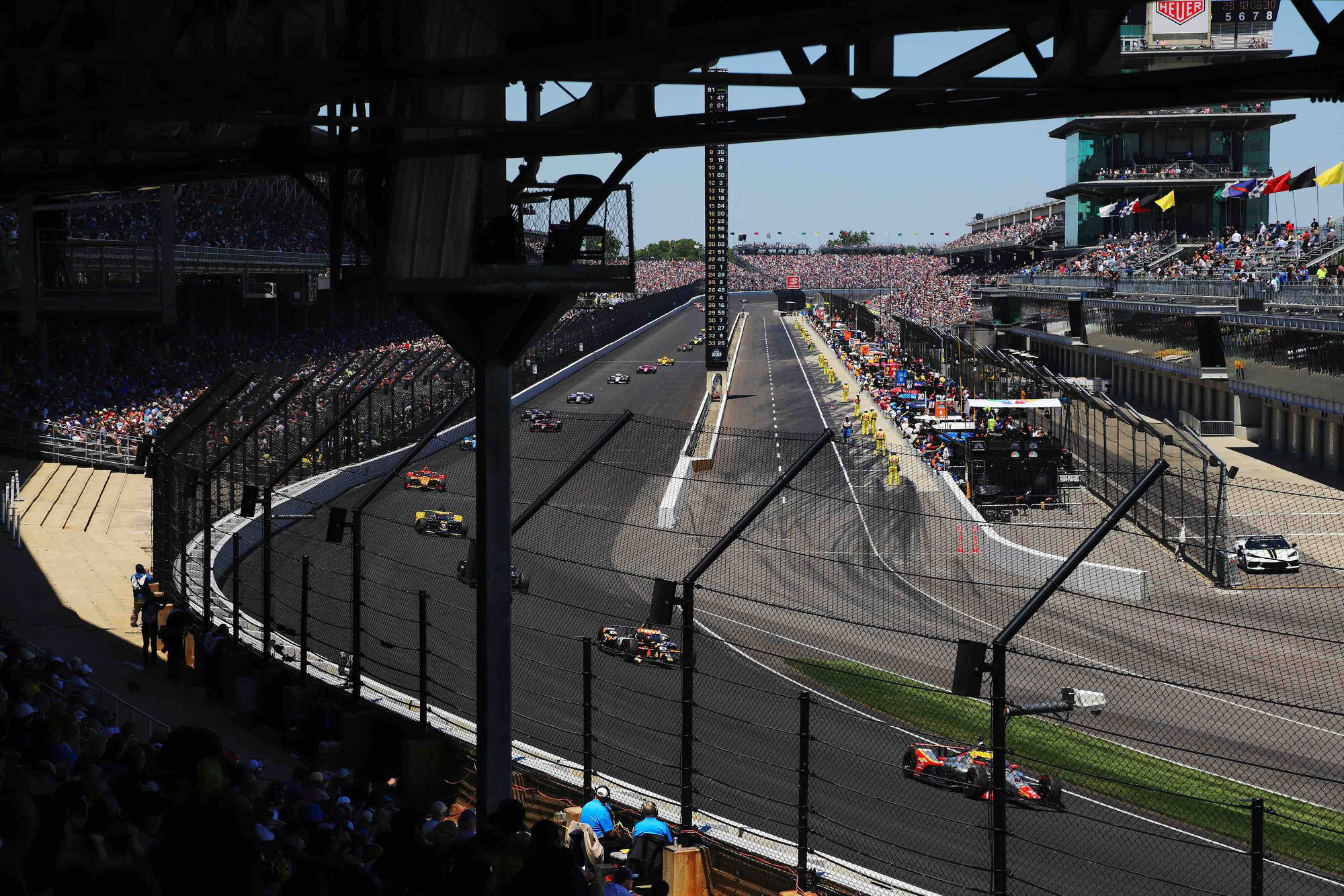 What’s something that might surprise people about Indianapolis’ art and culture scene?
They’re accessible to everyone. The Newfield’s Museum of Art’s free admission on first Thursdays, and the Indianapolis Symphony’s summer Lunch Series with tickets only $5. You can even bring your lunch into the theater. The Coffee Series (matinee) with seats starting at only $15.00. Newfields’ grounds at Halloween and Christmas are extraordinary events.

What are your favorite restaurants in town? Any that are so iconic to Indy that it shouldn’t be missed?
His Place Eatery is a fave for Soul Food, Momma Carolla’s is a must. This Italian restaurant is situated in a former home with lovely garden seating in summers. Another Italian spot I love is Iaria’s, family owned and operated on the same corner since 1913.  St. Elmo Steak House, a favorite with many Colts players after a game, is know for their legendary shrimp cocktail. Peyton Manning had a reserved table for a post game steak dinner. 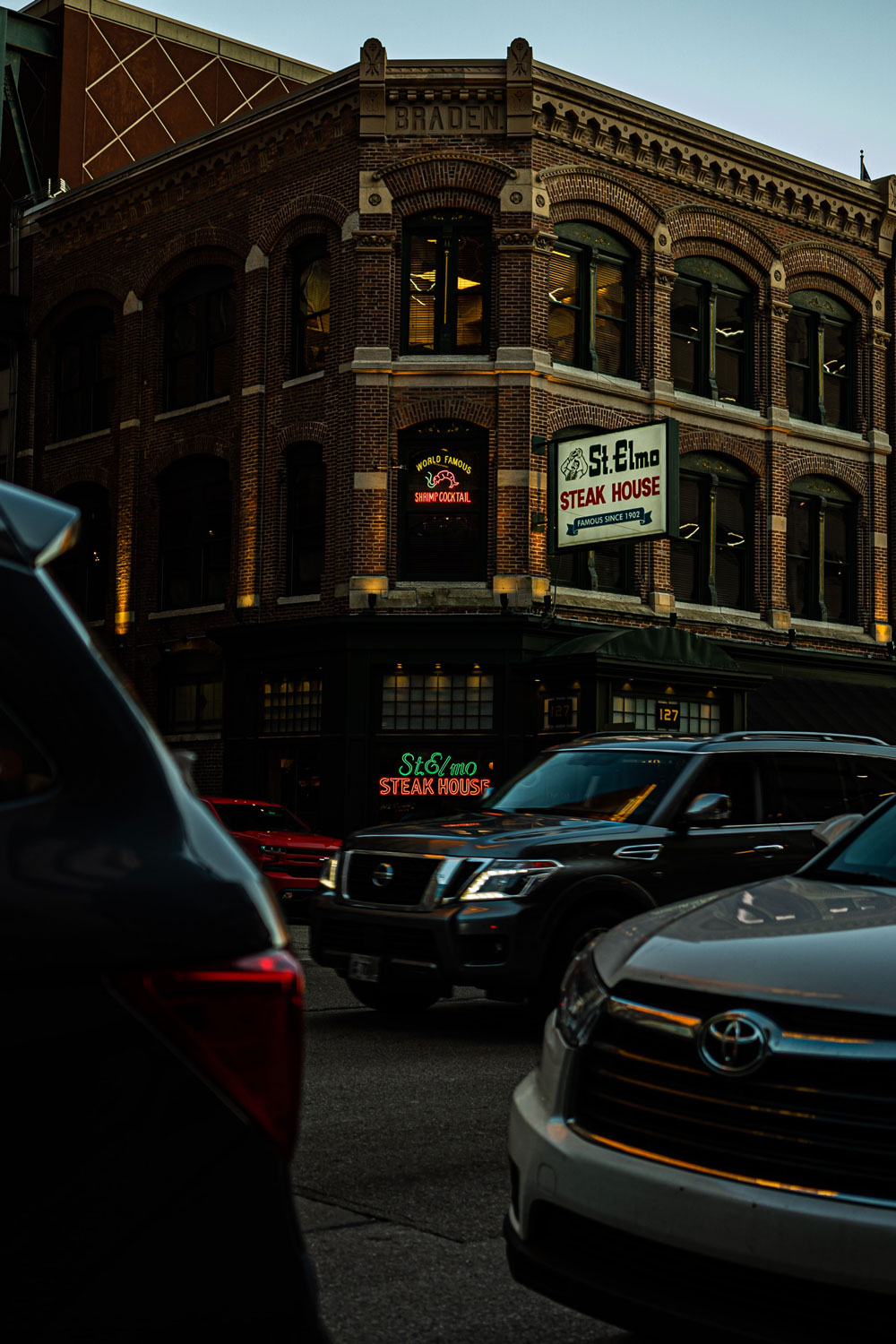 Where would you go for a special occasion meal?
The view from the rotating Eagle Nest restaurant atop the Hyatt hotel is unsurpassed. On a clear day, you can see to the northern suburbs. Bonge’s – think Dirty Dancing Supper Club, but about an hour from Indy’s.

What’s your favorite place to get fresh air?
Walking or biking on the Monon Trail which runs from near downtown to suburban Carmel. Downtown’s Canal Riverwalk is beautiful and forms the perimeter of several museums ending at the entrance to the Indianapolis zoo.
Ft. Harrison State park in the center of Indianapolis is perfect for hiking, birdwatching, coyote avoiding, biking, picnicking. 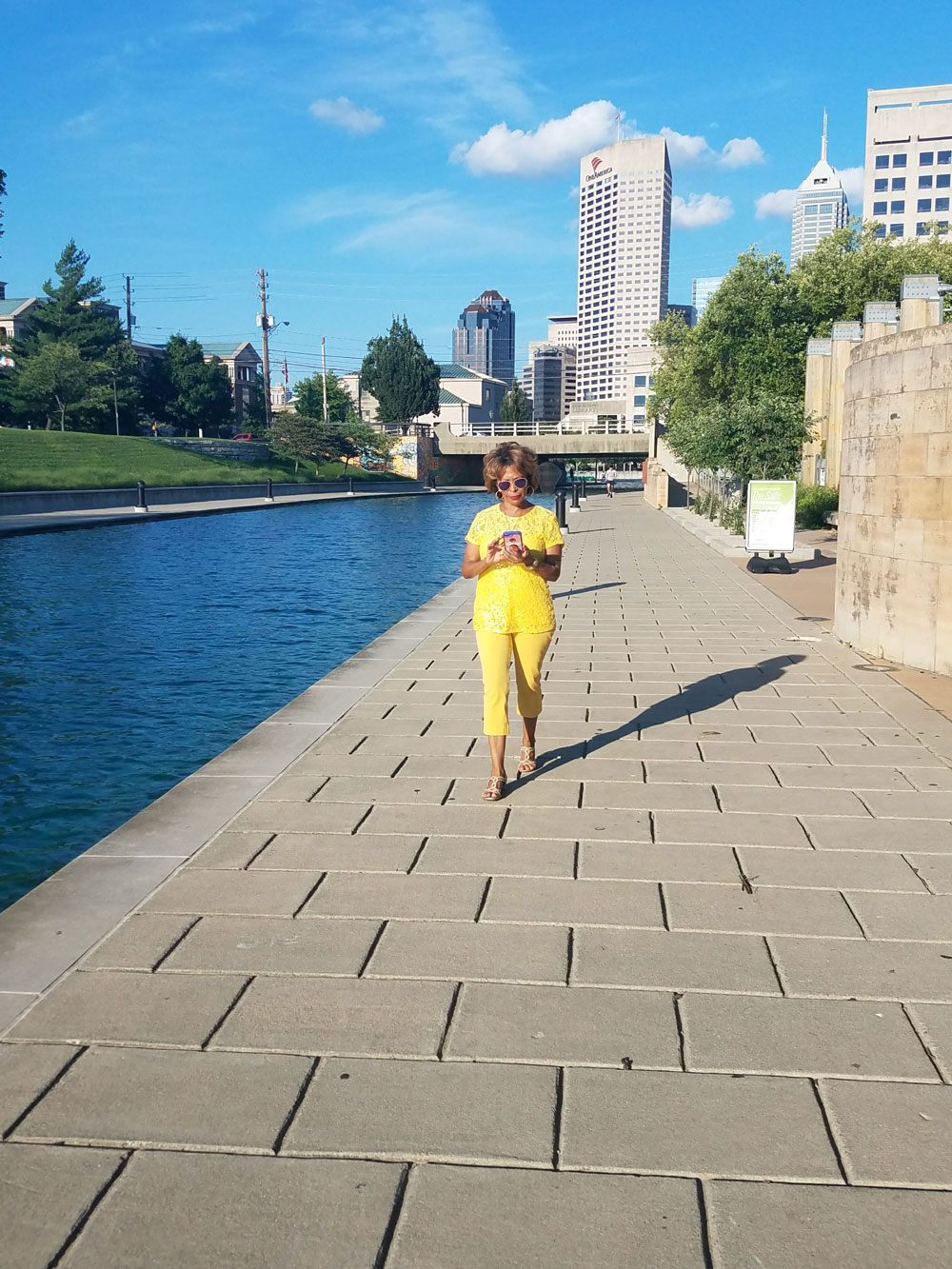 We often don’t get to stay in hotels in our hometown, but let’s pretend: where would you stay in Indianapolis?
Definitely at the lovely new boutique Hotel Carmichael with its Micheal Feinstein inspired Lounge . Located in the northern suburb, Carmel.

Where’s your favorite place to shop?
Keystone Crossing has all the faves from Saks and Nordstrom’s to an Apple store.

Let’s talk nightlife. What experience would be worth staying up past your bedtime?
Massachusetts Avenue, aka Mass Ave., period.

Best place for a selfie?
Any of the NDY signs around town, including airport. Not a selfie since you pose as the “I” in Indy. Required pic.
The main branch of the Indianapolis Public library’s top floor has a stunning view of the city skyline. Sunset at Monument Circle or Market Street with the State Capitol building dome in the background. 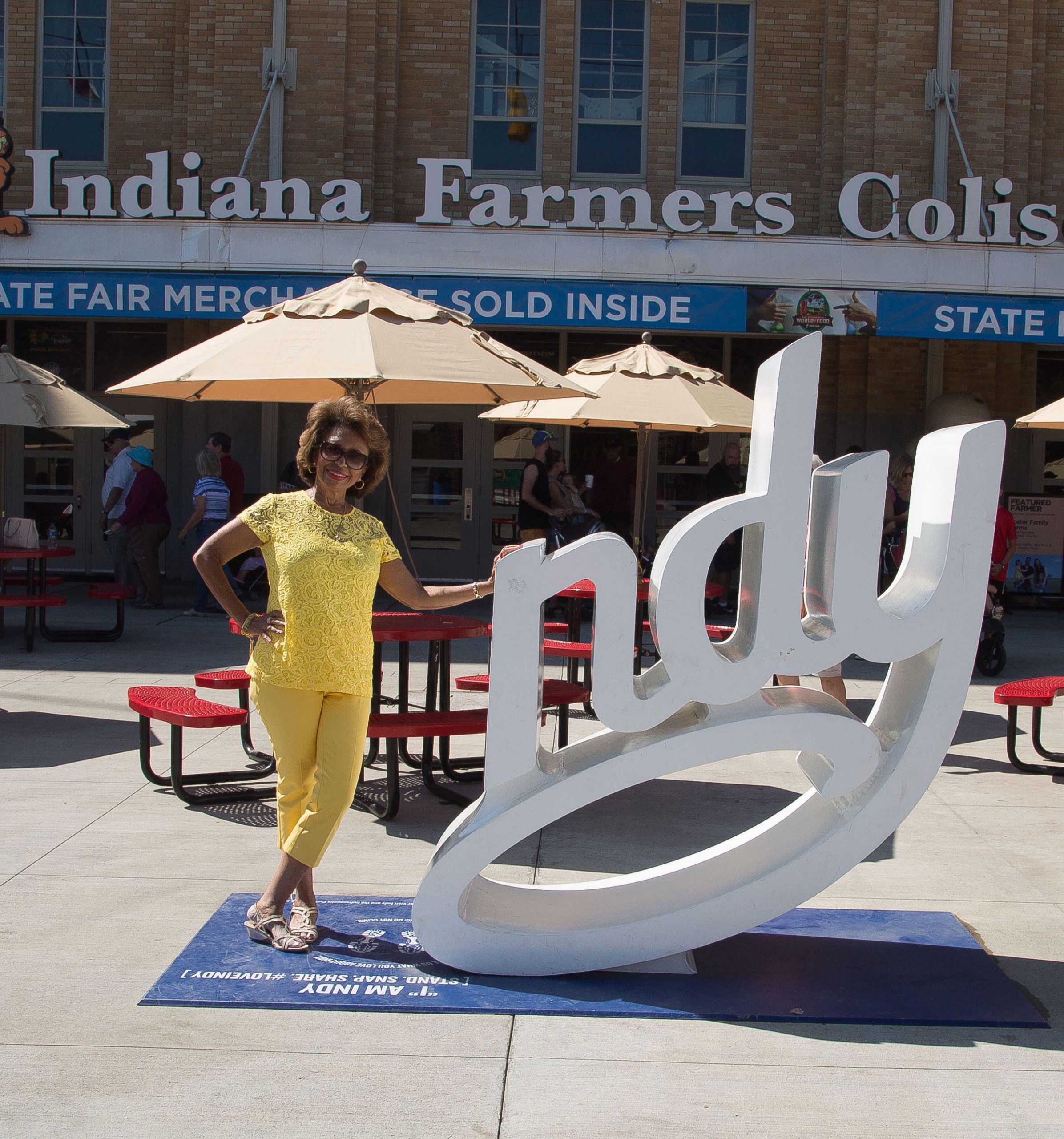 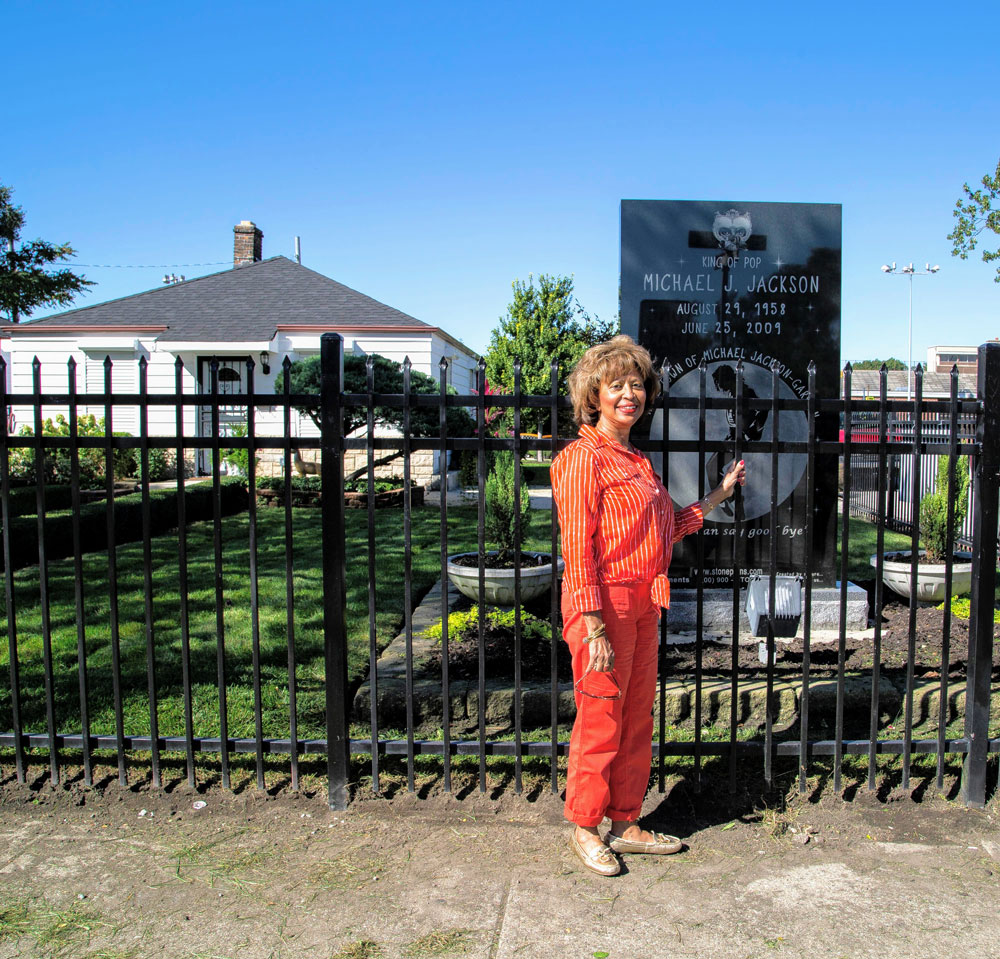 Describe the perfect long weekend in Indianapolis for a first-time visitor.
Stay downtown: spend a day strolling along the White River visiting the Zoo, walk the canal stopping for a paddle boat or gondola ride.

Have an Italian Ice at Fresco Italian Café.

Stop in one of the many museums along the canal (NCAA Hall of Fame, Eiteljorg Native American, State Museum).

Take a scooter, bike or Uber to Mass Ave for lunch at Garden Table, renowned Bazbeaux Pizza, and then check out the shops.

What’s the most quintessential Indianapolis experience?
Enjoying a park tenderloin while dressed in team garb….. watching a Colts or Pacers game, ideally at the stadium in person or at one of the many downtown sport’s bars. 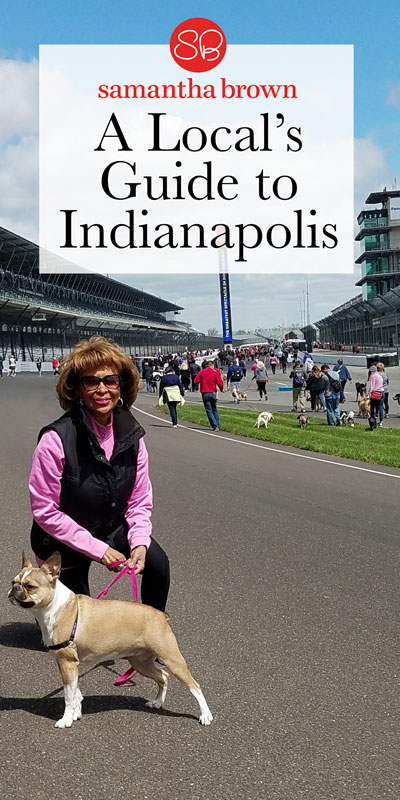 Photo by Miguel Dominguez on Unsplash