When it comes to National Parks, the biggies get all the press. However, there are many fantastic under the radar parks that might be perfect for your next vacation.

Age: Depends on how you’re counting. I was formed by a prehistoric inland sea about 250 million years ago. My famed salt flats are all that remains from my days as a shallow lake a mere 1.8 years ago. And I was designated as a National Park in 1972.

Location: I’m less than two hours directly east of El Paso, Texas, which is really nothing when it comes to driving distances in the Lone Star State. I butt up against the New Mexico border, as well as Carlsbad Caverns National Park. Buy that annual National Park pass and tick two off your list!

Size: The park covers 86,367 acres—about a tenth of the size of Texas’ other national Park, Big Bend. 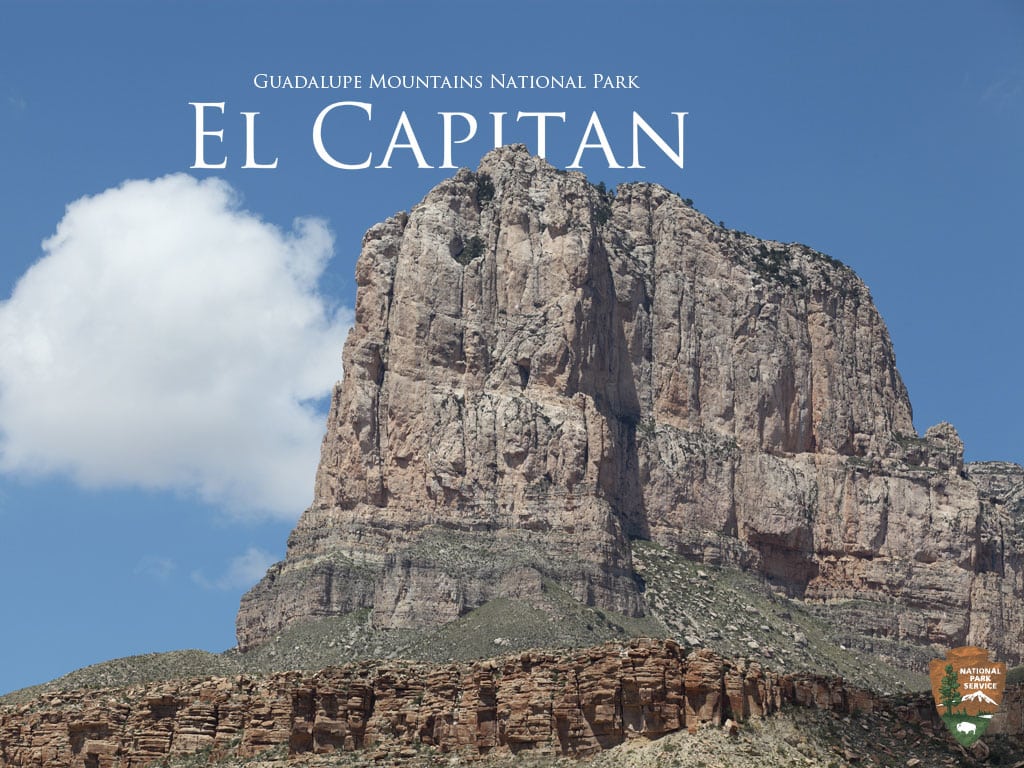 Claim to fame: When you think Texas topography, mountains probably don’t come to mind. But a beautiful range runs through my borders, including Guadalupe Peak, the highest point in Texas at 8,749 feet. El Capitan, an iconic peak just south of me, has historically been used as a landmark by travelers, formerly those of the Butterfield Overland Mail stagecoach line and today, people traveling U.S. 62/180. 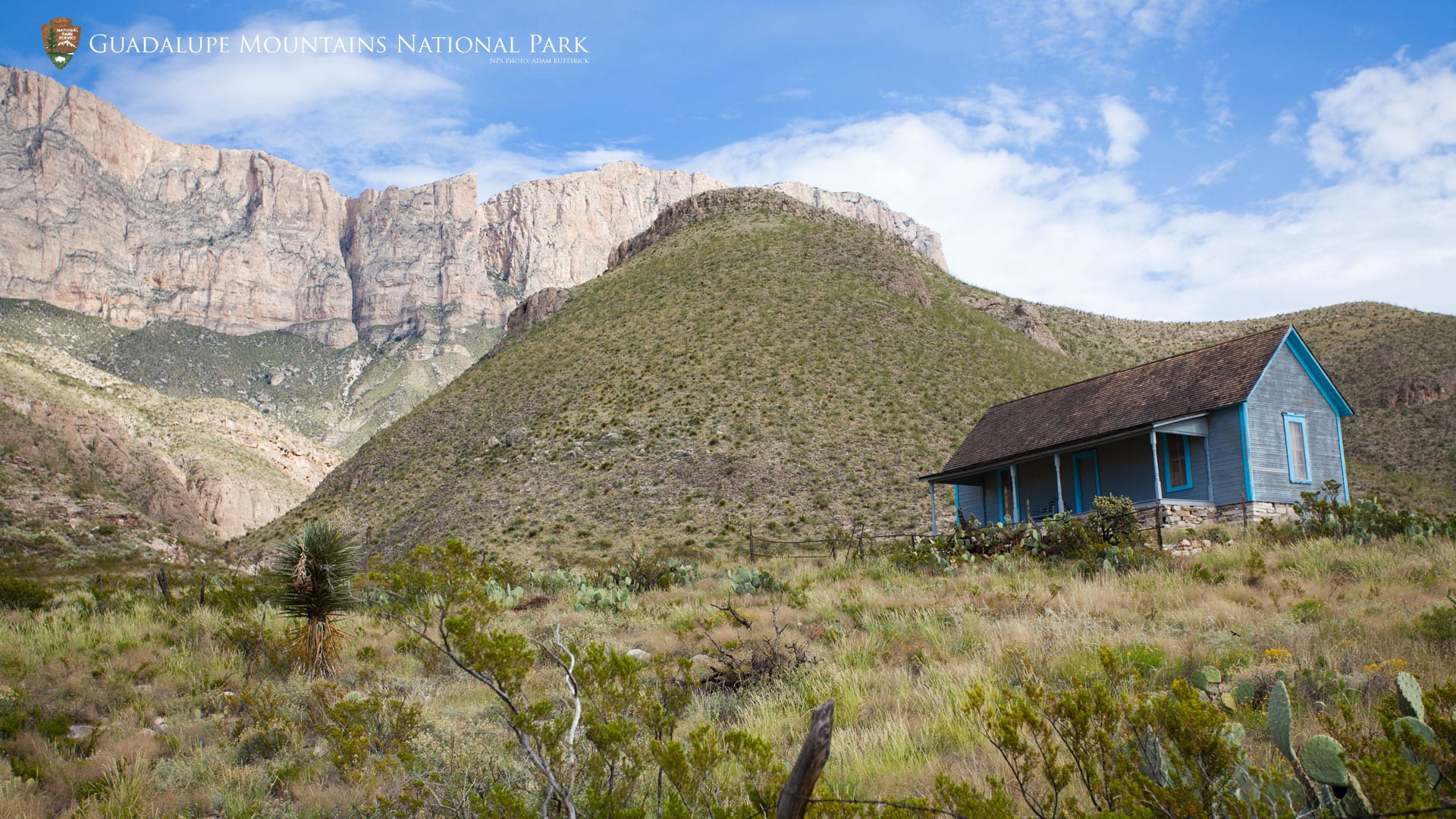 Bragging rights: You’ll find the world’s most extensive Permian fossil reef within my borders. I know, I know. I’m kind of a big deal. For hardcore geology lovers who happen to be in great shape, hike the Permian Reef Trail. This strenuous 8.4-mile route includes stop markers that can be used with a comprehensive geology guide, available at the park’s Headquarters Visitor Center.

Not to be presumptuous, but if you were to spend the night…:  I hope you like the wilderness, because all I got is camping (and it’s primitive). Otherwise, you’ll find a few economy hotels just outside my borders in Pine City. For something a little less rustic, Carlsbad, New Mexico is about 50 minutes away. Originally built as a bank in 1892, The Trinity Hotel offers nine charming suites for weary travelers. 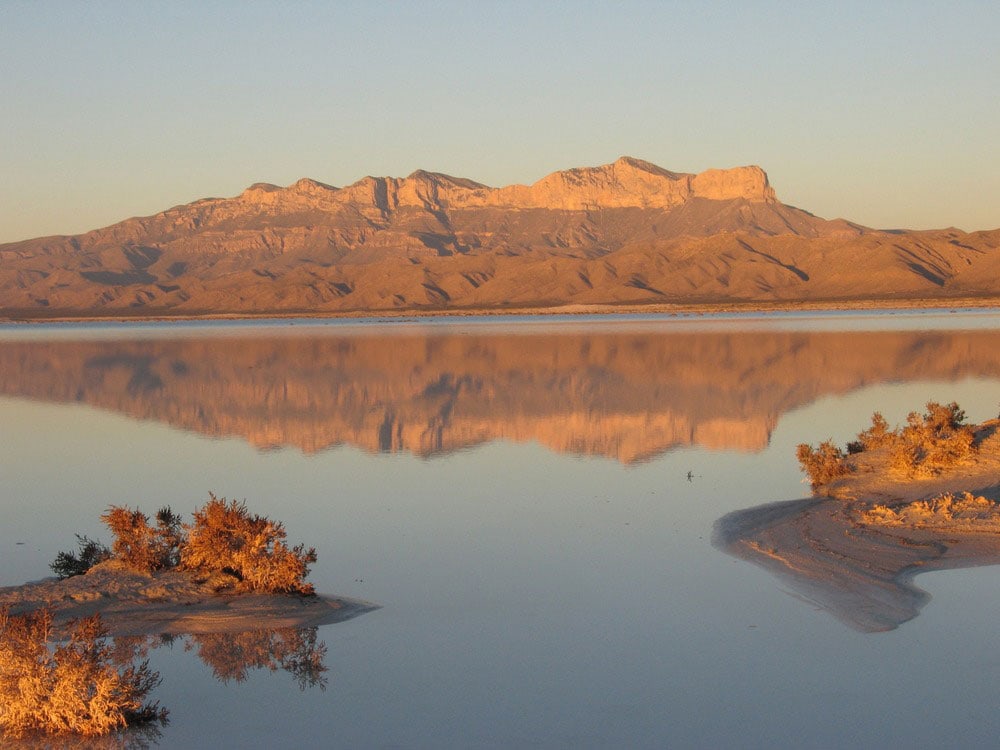 How I like to spend the weekend: Hiking! There’s over 80 miles of trails within my borders—from easy to very challenging.

Bucket list activity: Ever heard of highpointing? It’s the verb that describes people who want to climb the highest point in every state. If you hike the eight-hour trail that leads to the top of Guadalupe Peak, you’re likely to meet a highpointer. Ask them about the experience. It’s not for everyone, but sure sounds cool. 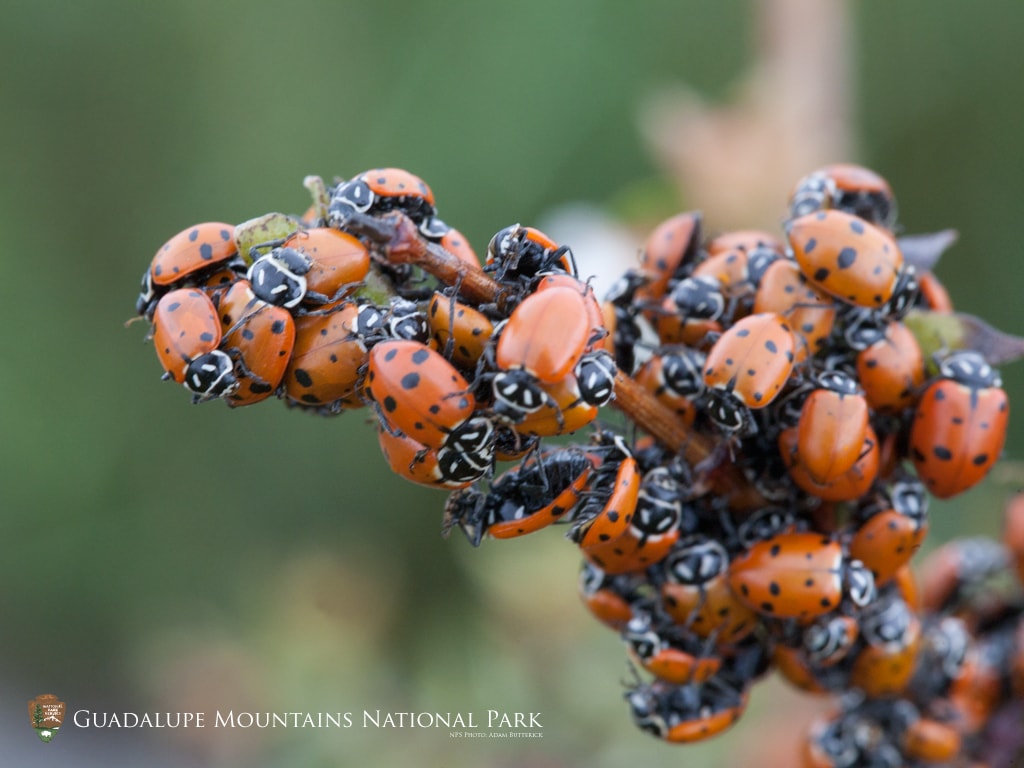 Wildlife: Since there’s many different ecosystems within my borders, you’ll find a wide array of animals here. My harsh Chihuahuan provides a home for western diamondback rattlesnakes, prairie lizards, scorpions and tarantulas. My streamside woodlands are perfect for mule deer, skunks and raccoons. In my cooler mountain tops, you could encounter elk, black bear, gray foxes, porcupine, and mountain lions. Lots of birds and bugs, too.

Nightlife: The days here a great, but the nights are spectacular. My desert sunsets will take your breath away, and make way for incredible nighttime stargazing. But that’s not all! Due to scorching daytime temperatures in the desert, many animals only come out after dark. Nighttime is primetime for kit fox, coyote, mountain lion, bobcat, badger, Texas banded gecko, and about 16 species of bats.

First peoples: Archaeological evidence of human life in the Guadalupes dates back over 10,000 years. Hunter-gatherers lived in caves here, and there’s baskets, pottery and rock art to prove it. 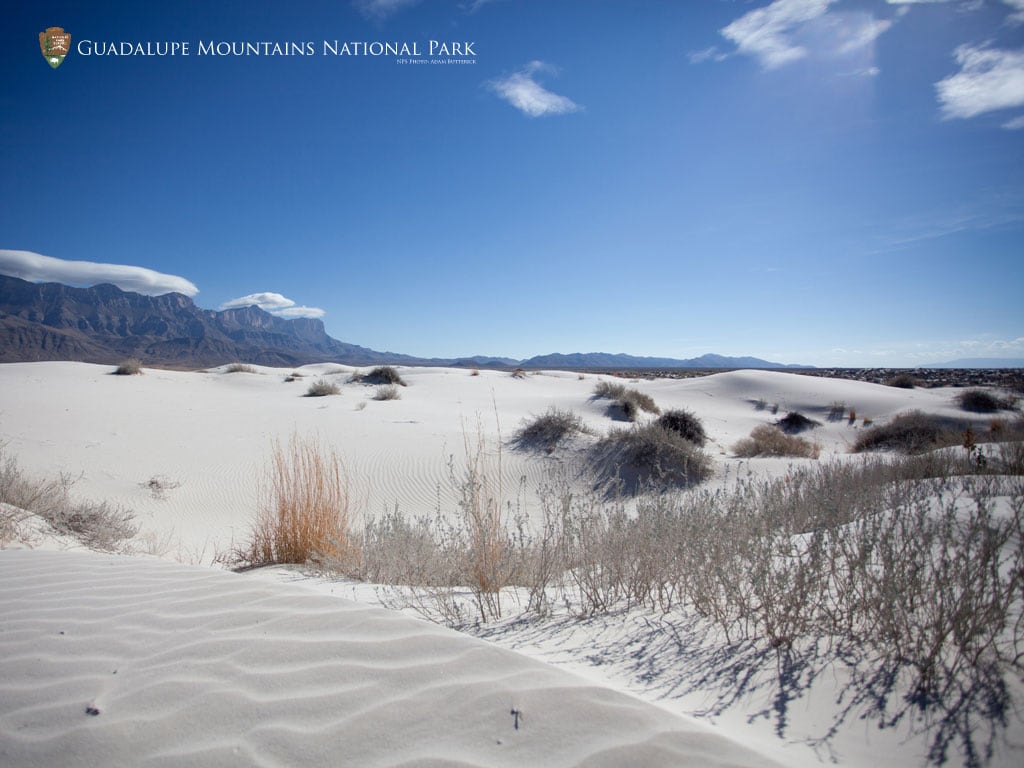 Most valuable resource: Salt. Made up of three miles of white gypsum dunes, my great salt flats played an important role historically. Apache and Tigua tribes considered salt sacred, using it in the tanning of animal hides and as a condiment and preservative. During the 1800s, residents of the populations of the El Paso Valley depended on salt for trade. In addition to traditional uses, the salt was used in the smelting of silver. 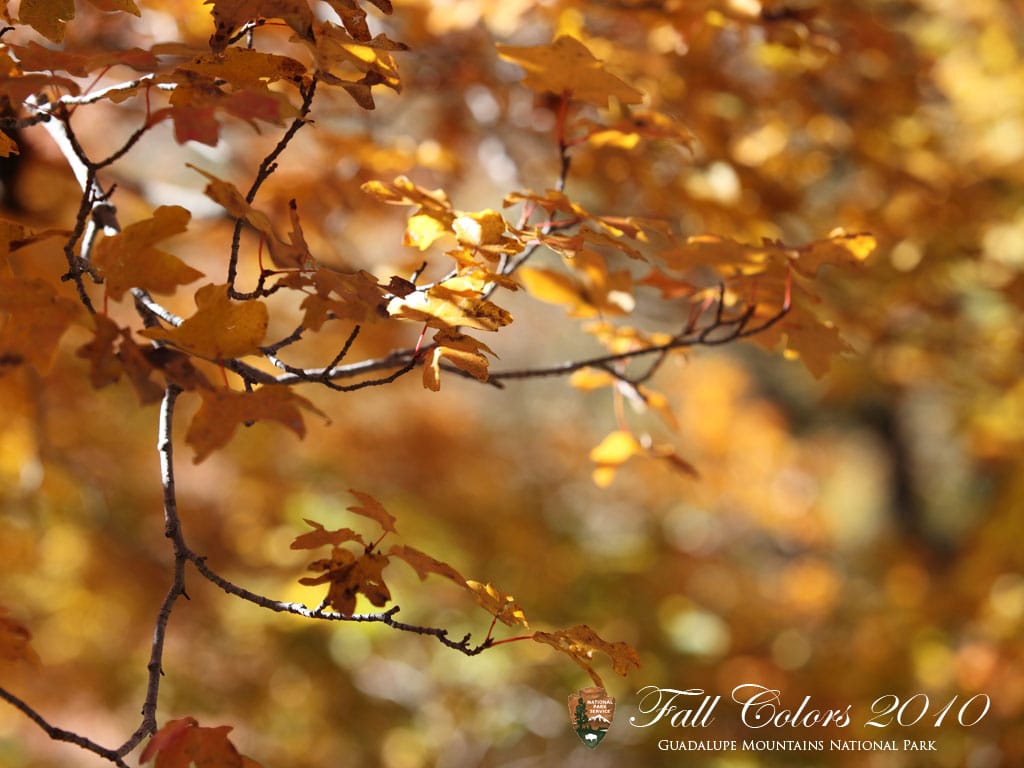 Favorite Season: Fall, for my vibrant colors. I know what you’re thinking: fall colors in the Texas desert? Yep. I am just full of surprises! Many deciduous trees grow here, including maple and oak. Come mid-October, the colors explode into vibrant reds, oranges and yellows. Eat your heart out, New England!

Since you’re here: Visit the Ship-on-the-Desert! No, it’s not an actual ship, but the home Wallace E. Pratt, Humble Oil & Refining Company’s first geologist. He purchased thousands of acres here in the 1920s, including part of the Guadalupe Mountains’ McKittrick Canyon. In 1930, Pratt built a stone cabin in McKittrick Canyon as a family get-a-way retreat. When he retired in 1945, he and his wife built a permanent home here, known as Ship-on-the-Desert. The contemporary style home was designed by New York City architect Newton Bevin, who was so meticulous about the project that he hand-placed every exterior stone. Pratt lived here until 1963.

It’s also worth noting that Pratt donated over 5,000 acres of his land to the National Park Service, which eventually led to his beloved land becoming a National Park.

Have you visited Guadalupe Mountains National Park? What were your highlights? Share in the comments! 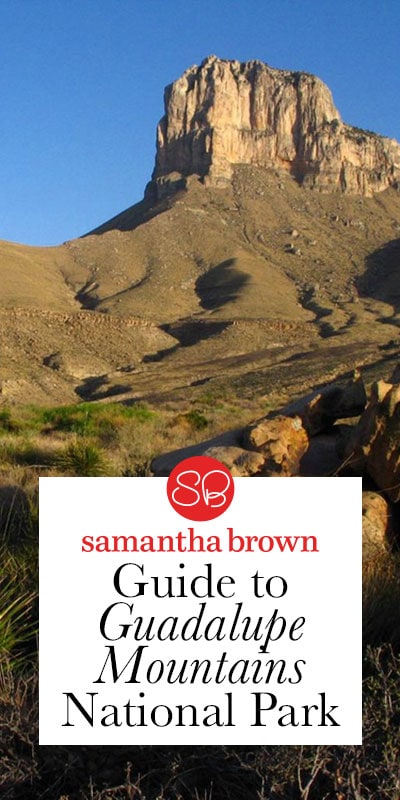