The day to celebrate the heritage and accomplishments of all things Irish and to acknowledge the contributions that the Irish have made to this country. It’s a unique holiday with religious roots that allows you to get drunk and act like a crazy person on a weekday. Most people would tell you that there are only three towns in the U.S. that truly know how to celebrate St. Paddy’s Day; New York, Boston, and Chicago. Not so. Not by a long shot.

Check out these not-as-well-known places to celebrate St. Patrick’s Day in the USA.

To most people, Georgia wouldn’t seem like a place where you might find a large Irish community, but some of Savannah’s first settlers were Irish farmers. Their descendants first paraded through town on St. Patrick’s day in 1813. St. Patrick’s celebrations start in mid-February, with Savannah’s Irish Festival and events like “The Greening of the Fountain” (a smaller scale and more eco-friendly version of dying the Chicago River) continuing straight through the next four weeks. This year’s parade will have more than 350 different units marching through the district and will take about three hours to finish.

Standing in the warm Georgia spring weather for that long could leave someone feeling parched, so if you fancy enjoying a beer or two during the parade, you’ll be glad to hear that Savannah allows open containers of the beverage of your choice as long as you stay within the historical district. 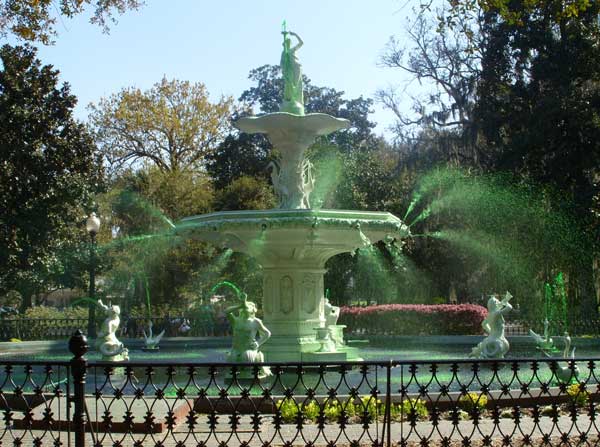 Irish Week has a number of events celebrating the language, music, dance, cuisine, and libations of the Emerald Isle and culminates in a parade downtown. The best part of enjoying St. Patrick’s Day in Seattle? Where could you possibly hope to find a finer place to enjoy Irish Coffee than the java capital of the United States?

Unlike Savannah and Seattle, Hot Springs only makes this a one-day party, but what a party! It even has a “Blarney Stone Kissing Contest” (it would take soooo much beer for me to even think about entering that one. It might require a beer or two just to watch it!) and the ceremonial measuring of the route. The organizers expect up to 30,000 people to attend the parade, so if you do some simple arithmetic, it averages to 322 people for every foot of parade, and if you gross it up to a mile, it would mean 1,703,226 per mile.  That’s more than the 1,333,333 spectators per mile that are expected to show up for New York’s parade.  When you think about it, this “World’s Shortest St. Patrick’s Day Parade” is kind of a big deal! 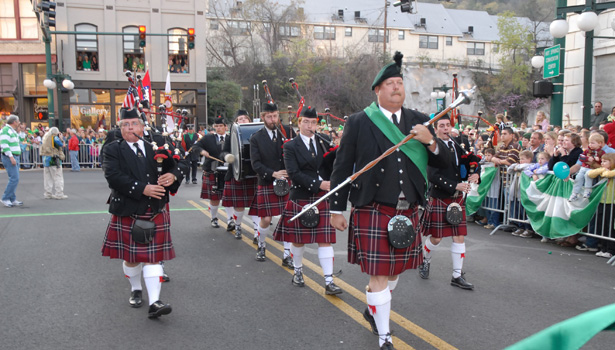 Where will you celebrate your Erin Go Bragh? 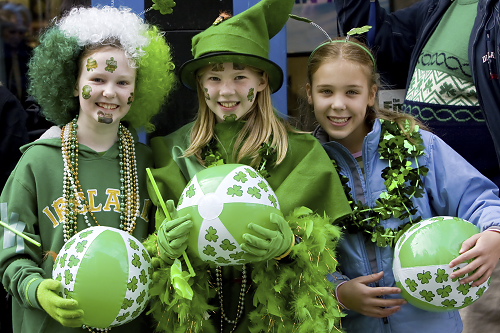