Our last honeymoon post was so popular that I decided to give another option for the “Best Vacation of your Life” (no pressure).  This is for the happy couple looking for that culinary experience to top all others.

There is a widely held belief that the joy found in eating a delicious meal can be directly proportionate to the enjoyment found in what the French call…“amour.”  Since at least a part of your honeymoon is going to be engaged in…amour, why not consider spending the rest of the time learning more about preparing and enjoying culinary delights and plan a honeymoon that combines the two?

There is a certain romance in the air there, with its rolling hills, wineries, and some of the country’s best restaurants.  That’s why it might seem an odd location for a boot camp unless the boot camp is run by the Culinary Institute of America (CIA).  The CIA’s “Flavors of Wine Country Boot Camp” is a three-day course that celebrates the produce, cheeses, and wine (WINE!) that is produced in the region under the guidance of the same instructors that teach CIA’s full-time courses.  These are some long days spent in the CIA’s teaching kitchens, but there are also opportunities to explore the campus, attend wine tastings and sample the local produce.  Plus, there’s an opportunity to dine in the CIA’s very well-regarded restaurant on campus or to head off on your own to one of the many restaurants in the area.  I would book a room in one of the cute hotels nearby the campus in St. Helena for at least 5 days so that there would be plenty of “us” time before and after the course. 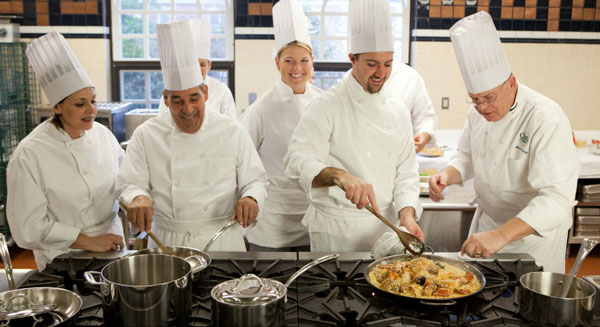 Perhaps you prefer your trip to be a bit less structured than boot camp?  I’d recommend a honeymoon in New Orleans and to sign up for a “Long Weekend Getaway” offered by The New Orleans Cooking Experience while you were there.  This is a widely regarded program that lets you interact closely with a local chef while they make some of their signature dishes.  The Long Weekend package offers two classes (either lunch or dinner) and a dinner in the dining room at Brigsten’s Restaurant.  Since this is the Big Easy, you get to choose which days to take the classes and which night to go to Dinner, leaving you plenty of time to explore, eat and drink your way through New Orleans. 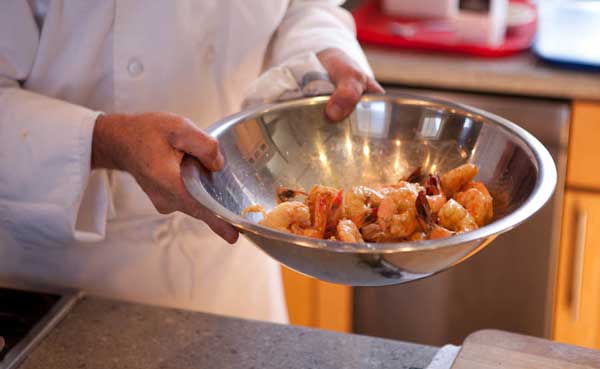 If your idea of going to Europe on a honeymoon is to have great food, why not do it in the culinary capital of Europe? San Sebastian is in the Basque part of Spain and sits just below the French border on the Atlantic coast. I couldn’t go here on my honeymoon but did make it for our 1st anniversary.

What makes San Sebastian so great is that it has the two extremes of foodie worship in one place. If high-end dining is your thing there are more Michelin stars here, per capita, than anywhere else in the world. We went to Arzak, the granddaddy of them all. 5 years later we still talk about the wonderful meal that Elena created for us…

If you are more interested in day-to-day classics then you have the fantastic pintxos (Basque tapas) bars in the Old Town area. The idea is that you go to one place, have a glass of the local Txakoli wine, and grab a few pintxos off the bar. When you are done you throw your napkin and/or toothpick on the floor in celebration and head next door to the next pintxos bar for another round! 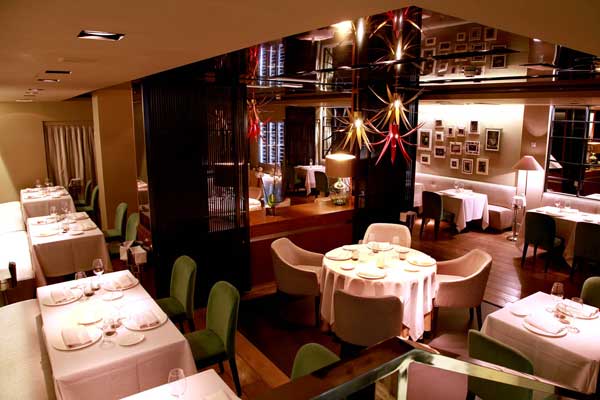 What’s your ultimate culinary adventure?  Sitting at the chef’s table?  Wine tasting your way through Italy? 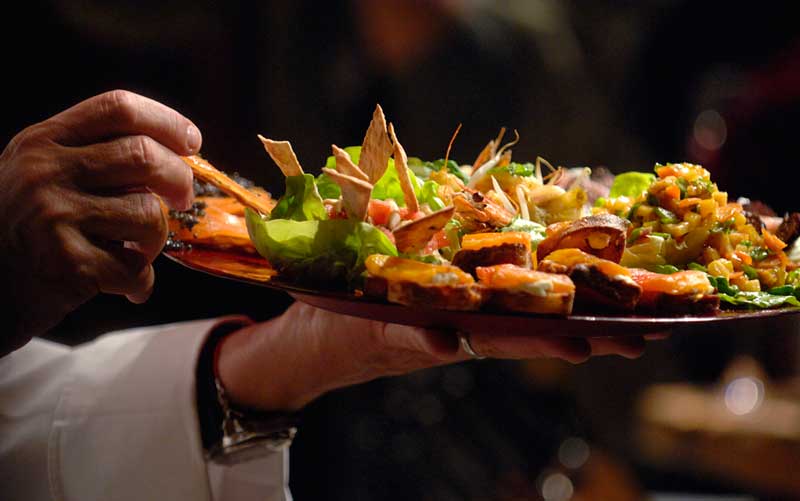