Don’t you just love travel movies?  Every Oscar season I really get into all the drama leading up to the announcement of the nominees, who will host and give out the awards. It’s Hollywood’s moment to shine! While the award show itself is usually hit or miss, I almost always enjoy seeing what happens and the joy (and tears) from the winners.

After much thought and careful deliberation, here are my nominees for best travel movies ever (in no particular order):

Nominated for a whopping nine Academy Awards in2014, you can’t deny Wes Andersons unique vision for travel film making (he also directed The Darjeeling Limited). Set in the 1930’s, the Grand Budapest Hotel is a very popular ski resort with a colorful staff including concierge Gustave H. and his most trusted friend Zero, the junior lobby boy.  The charming Gustave “goes to bed with all his friends” including some elderly women who are hotel guests.  When one of his lovers is murdered, Gustave finds himself with a priceless painting and is pursued as the top suspect in her murder.  The cast is outstanding and you’ll have an amazing adventure without ever leaving your seat.

This entertaining romantic comedy was written and directed by Woody Allen.  The movie follows Gil Pender (ironically a screenwriter) as he confronts his relationship with his fiancée who is very materialistic and tries her best to push him toward a life he’s not sure he wants.  When Gil gets drunk and lost, a car picks him and transports him back through time to the 1920s, an era he idolizes.  He meets Hemingway, Picasso, Gertrude Stein and many more iconic people of the time who see nothing abnormal about people visiting from the future.  Midnight in Paris celebrates the city’s Golden Age and is the most enjoyable Woody Allen movie in at least a decade.

This is a truly wonderful movie starring two comic geniuses, Steve Martin and John Candy.  It’s a touching story about a buttoned-up guy (Neal Page) trying to make it home for Thanksgiving with a slob of a show ring salesman name Del Griffith.   Bad weather (sound familiar?) has caused flights to be cancelled and the only way home is to share a ride, a bed and whole lot of crazy stories along the way.  If your flight has ever been cancelled and you found yourself partnering up with complete strangers to get home to your loved ones, then you’ll really enjoy Planes, Trains and Automobiles.

Out of Africa is a 7-time Oscar winning movie masterpiece based on a true story about Danish noblewoman, Karen Blixen (Meryl Streep), who marries and moves to Africa (present day Kenya) with her husband.  They buy a coffee plantation and struggle to make it work.  Karen’s husband cheats on her and gives her syphilis so she moves out and starts running the farm herself.  Karen eventually meets Denys Finch-Hatton (Robert Redford) and the two go off on several adventures together.  They fall deeply in love and the movie is really centered around their enduring romance.  As I watched the move, I so wanted to live in that house with Meryl (as in Streep) and drink tea with the locals.  And let’s not even talk about being in a tent with Robert Redford.  This is a beautiful story about a beautiful country.

This is a very enjoyable and quirky movie about three brothers, each suffering from depression, who are brought together after their father’s untimely death.  The trio takes a very colorful journey to visit their mother, Sister Patricia, through the best of India on an elaborately planned train itinerary.  The trip is organized by the oldest brother Francis who keeps the real reason for the journey (visiting their mother) a secret.  While they hope to find spiritual enlightenment, the three brothers played by Owen Wilson (Francis), Adrien Brody (Peter) and Jason Schwartzman (Jack) fight, bicker and argue throughout the entire trip.  They find themselves in a series of bizarre situations including when Peter’s pet cobra escapes and cannot be found and Jack has an intimate encounter with their stewardess.  The vibrant landscape of India is one of the main characters in the film and you can’t help but to go along for this very strange journey.

I was 15 when I saw this Oscar winning movie and constantly daydreamed about going to Florence, Italy for months. The story takes place in that city in the early 1900’s when a young British traveler named Lucy starts to understand her own mind and passion. While in Italy, Lucy meets man named George Emerson and the two develop an intense attraction to each other.  She becomes torn between her upper-crust life in England and following her heart to be with George.  Their first kiss being takes place in a stunning field of violets in the town Fiesole.  A girl can dream.

You have to admit, Jason Bourne has been through a lot.  Here’s a guy who was picked up by a fishing boat in the Mediterranean, full of bullets, with no memory who races around the globe eluding assassins and recovering from amnesia.  I love following Bourne as he kills off the bad guys and drives stick shift through some of the narrowest streets in Europe.  Even though people are trying to kill him, I still can’t help but get a little jealous about all the places he travels to trying to break free.  I prefer Matt Damon as Jason Bourne, for obvious reasons.

As a traveler, I find this movie pretty hilarious.  It shows the sometimes quirky reality of Americans abroad.  A young innocent girl, Charlotte is in Tokyo with her husband a photographer who has left her alone for the week.  Charlotte meets Bob Harris who is in town to film a $2 million dollar whisky ad.  Both are out of sorts in Tokyo, maybe from jet lag but mostly from culture shock and language issues.  The two connect and find that they enjoy each other’s company.  As their relationship deepens they both try to teach each other something they can take home.  Lost in Translation was written by Sofia Coppola who won the Oscar for Best Writing and the film was also nominated for Best Picture.

What are your favorite travel movies?  Add them to the comments section.

12 Best Travel Songs of All Time

Video of the Week:  London’s Vinopolis 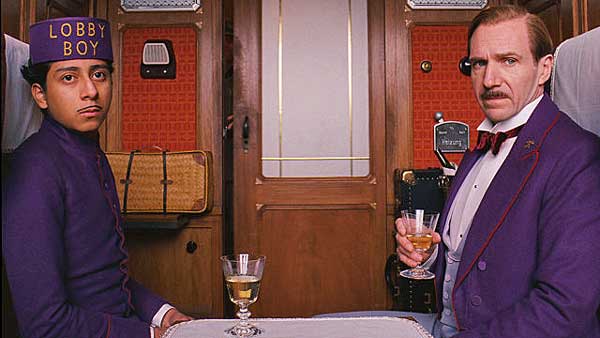