It’s becoming more and more of a problem every year and something has to be done about it. Christmas decorations are showing up far too early. Late October in some major department stores. Really?!! I firmly believe that holiday lights should not be seen until the day after Thanksgiving, but then should be seen and experienced as much as possible. There’s not much time left, so I’m busy thinking about some of the great places around the country that really pull out the stops when it comes to holiday decoration.

Here are my top picks that you are sure to enjoy this holiday season.

The lights at Clifton Mill are quite an attraction. Located to the east of Dayton near Yellow Springs, the amazing display takes six men about three months to assemble. It’s one of the country’s biggest, with over 3.5 million lights. Kids can peek into Santa’s Workshop to see how Santa is progressing toward the big night. There is a 100 foot waterfall of lights, a Miniature Village and Santa Claus Museum. My favorite is the old covered bridge. If you arrive in the evening, the lights go out every hour on the hour and then with the flip of a switch, all 3.5 million lights come back on at once for a spectacular show! 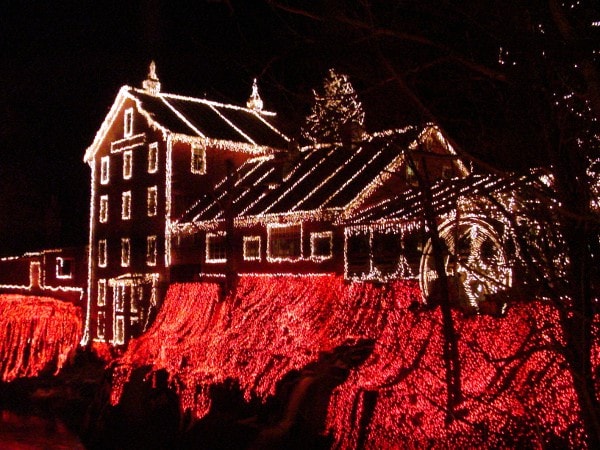 One of the most over the top displays of Christmas lights I’ve ever seen is practically in my backyard. Every year, the residents of Dyker Heights in Brooklyn spare no expense (especially when it comes to  their electric bills) to put on a stunning display of lights, statues and daring feats of electrical engineering. Each house is a separate treat and there is clearly some brinkmanship between neighbors to pull off the biggest display of the year. Some of you might think this looks a little familiar, you might be right!

Another neighborhood famous for making a bright spectacle every holiday is located in Baltimore, Maryland. Residents living along East 34th Street in the charming neighborhood of Hampden decorate to the nines. There are some real bragging rights to those that can generate the biggest wows.  he show goes on for blocks and blocks along what locals call “The Avenue,” and is celebrated as “The Miracle on 34th Street.” Just so your warned, Hampden is ground zero for celebrating Baltimore’s famous “Hon” culture, so you’ll be in good company if you break out your cat eyeglasses, pile your hair as high as it can go and wrap yourself in as much metallic tinsel as you can manage.

Lights Under Louisville in Kentucky

Every year the Louisville MEGA Cavern lights up in spectacular style for the holiday season. Located southwest of Louisville in a 100-acre cavern that used to be a quarry, this man-made underground adventure land now lies under numerous roadways. Your family will take a 30-40 minute ride through underground passages full of colorful characters and over 2 million lights. See over 850 different displays as you drive your own car through this one-of-a-kind holiday experience.  If you can, go during the week, it can get pretty crowded on the weekends. It’s one of the most unique holiday light displays you’ll ever see. 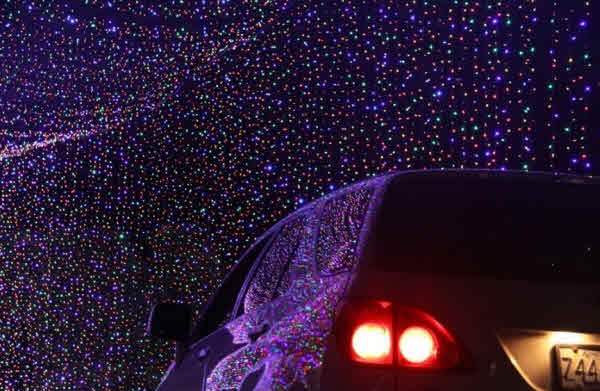 Some people living in the southern and western parts of the U.S. sometimes complain that the warmer temperatures make it hard to feel festive. Perhaps the Annual San Diego Bay Parade of Lights might help to jazz things up? Every year, more than 100 boats are adorned with thousands of blinking lights, ornaments and on-board revelers before parading along the San Diego waterfront. The boats are judged in a variety of competitive classes, so some lucky skippers will be getting bragging rights for Christmas!  This party is so big, they have it twice, so be sure to check the calendar.

I know there are thousands of other destinations that I missed. Tell us where you go to see holiday lights! 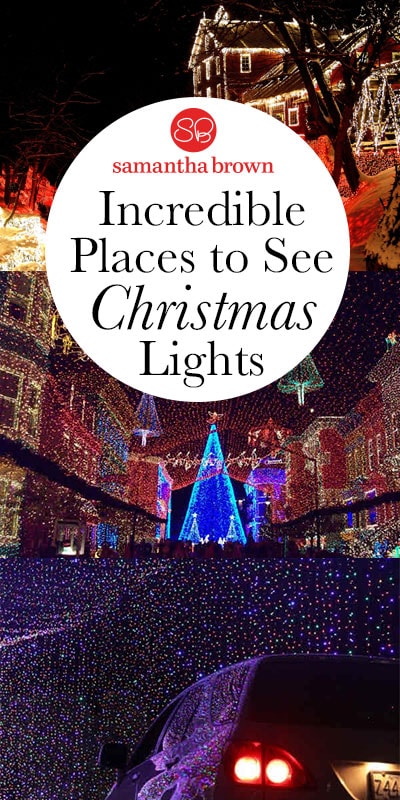 How to Avoid Travel Rage 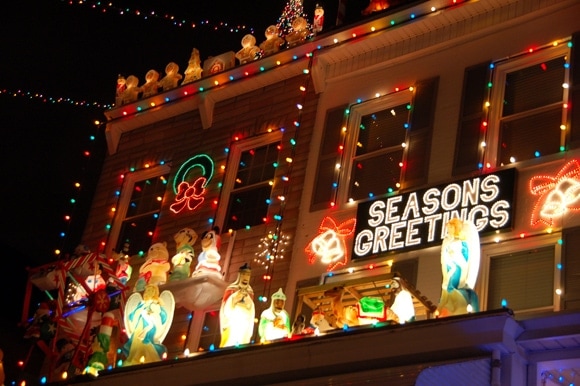