Why not celebrate summer at one of the country’s best ballparks?

Now, I know what you’re going to say: Samantha, how can you say which ballparks are the best? Well… of course I can’t. There’s a lot that goes into making for incredible ballpark experience, the first of which is your love for a team (the second is the quality of the beer and hot dogs). However, there are a few parks that stand out to me from a historical or geographical standpoint. Here’s where I’d like to take in a game this summer. 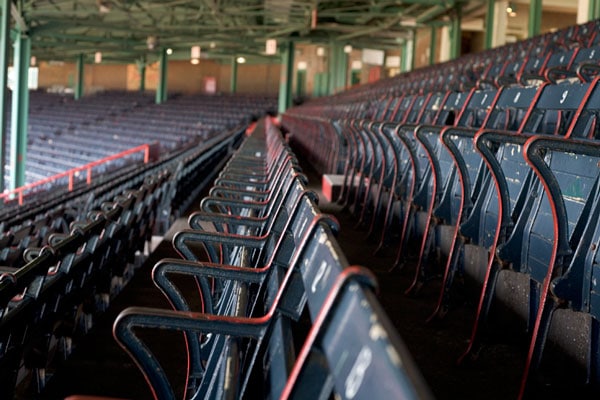 How can you talk about iconic baseball stadiums without mentioning this Boston classic? The ballpark opened in 1912, and is the oldest baseball stadium still in operation. Taking in a game here feels more like a lesson in history and Americana versus just another sports game. It’s been home to such greats as Ted Williams, Wade Boggs and David Ortiz, and who can ignore the Green Monster, who could qualify for the All-star team on its own.

The only drawback with Fenway is price. It’s notoriously the most expensive ballpark in all of major league baseball, with a typical day at the park costing over $150 (that’s factoring in tickets, hot dogs, beers and parking for two). It’s also one of the most popular parks, has one of the lowest stadium capacities and almost always sells out. So get your tickets early, or prepare to shell out some serious cashola to some dude hawking tickets on the street.

But is it worth it? Certainly, especially if you’re a history or sports nerd. 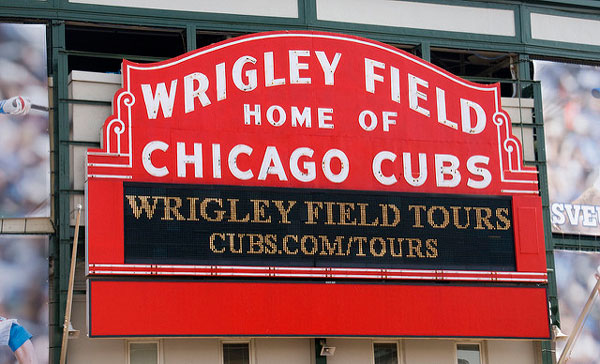 Whether the Cubbies are winning or losing, their fans love to celebrate this legendary team. A Cubs game perfectly melds the party atmosphere with sports. You’d be a fool to skip a pre-game bite and beer at one of Wrigleyville’s iconic sports bars like the Cubby Bear, Casey Moran’s, Slugger’s or Mullens. Sure, it’s a little bit of a frat party, but that’s all part of the fun.

Wrigley Field has a lot in common with Fenway. It recently celebrated its 100th birthday (built in 1914!), and it home to its own green icon: the ivy covered outfield wall, which was planted in 1937. That’s the same year the team installed its beloved scoreboard, which is still manually operated today. It’s also one of the most expensive ballparks in the country, with tickets for two, plus two beers, dogs and parking adding up to over $115. My suggestion? Take the train and save your beer money. 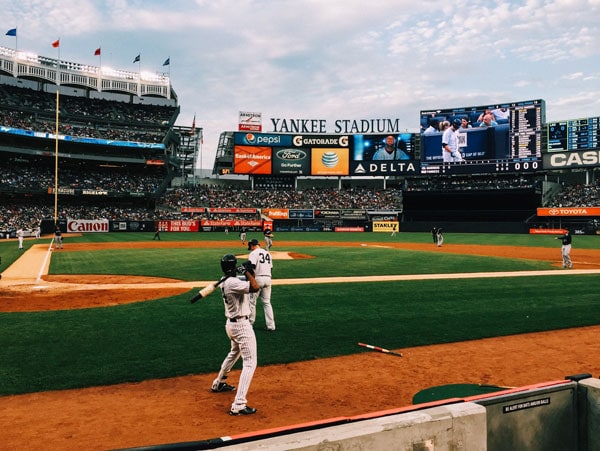 Love ‘em or hate ‘em, there’s one thing everyone can agree on: the Yankees play in a beautiful ballpark. I’m a bit nostalgic and wish the historic stadium (which was built in 1923) was still standing. That said, the new ballpark is simply stunning. And it should be: the place cost $1.5 billion, the most expensive stadium in baseball history.

Even though the building has changed over the years, the Yankees’ offer some enchanting history. Babe Ruth, Joe Dimaggio, Lou Gehrig, Mickey Mantle, Derek Jeter and A-Rod have all donned the classic pinstripes. Like everything about the Yankees, a game isn’t cheap. One of the 50,000 seats sold for each game average $28 a pop, with many costing waaaaay more than that. 50,000 x $28… Now I think I know why their players get the big bucks. 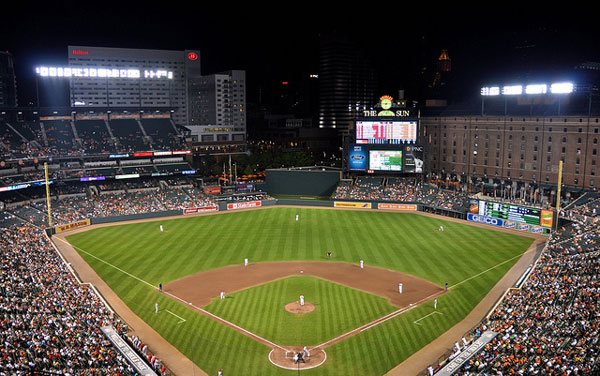 When it comes to teams, the Orioles aren’t the sexiest, the most storied or legendary (that’s not to say they aren’t a great team—they are!). But their ballpark plays a significant role in the direction of modern baseball. Specifically, in how style and design. Camden Yards opened its gates in 1992, the first of many new stadiums to embrace the retro look and feel instead of a symmetrical, multi-purpose stadium.

One of the most unique aspect of Camden Yards is the inclusion of the B&O Warehouse, which happens to be the longest building on the east coast. Instead of tearing down or truncating the building, stadium planners incorporated it into the design. The brick warehouse contains offices, service spaces, and a private club. It’s such a cool space, no wonder Cal Ripken, Jr. wanted to show up for work 2,632 days in a row. 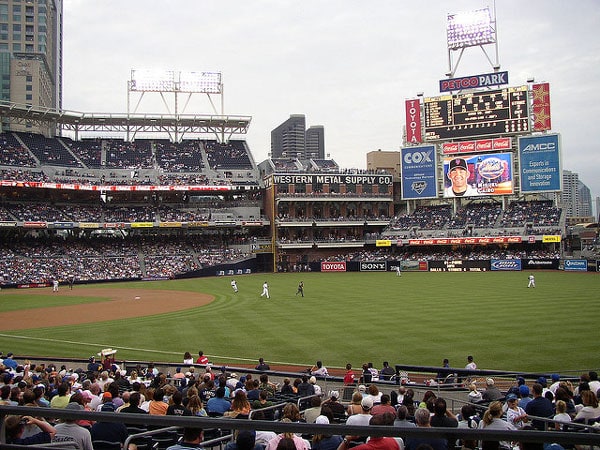 When it comes to stadium locales, it doesn’t get much better than San Diego’s Petco Park. It’s just a block from the historic Gaslamp District, and a stone’s throw from the water—giving baseball fans lots to do before or after the game. Much like Camden Yards, Petco Park incorporated a historic building (the Western Metal Supply Company) into its design instead of tearing it down, which gives a fun old school vibe to the modern day facility, which opened in 2004.

One of my favorite things about this stadium is the Park at the Park, a 2.7 acre grassy section sloping above the outfield fence where fans can sit and watch the game for just ten bucks a pop (kids 36” and smaller are free!). Bring your own picnic lunch, or buy something from the concourse—you have full access. When the team’s out of town or off, the park is free and open to the public.

What’s your favorite ballpark? What makes it so special? Share in the comments! 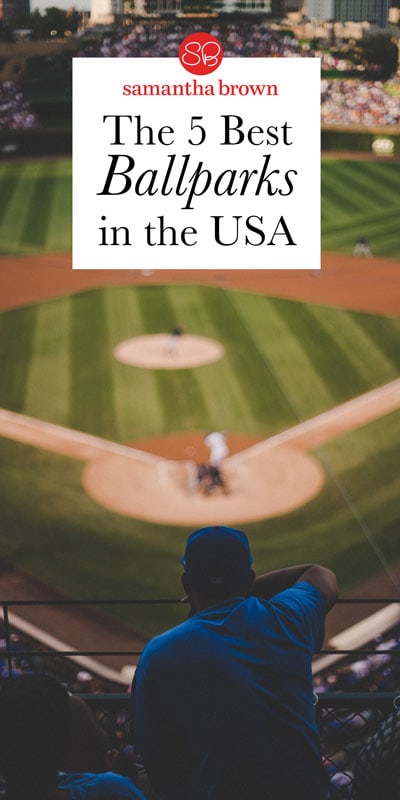 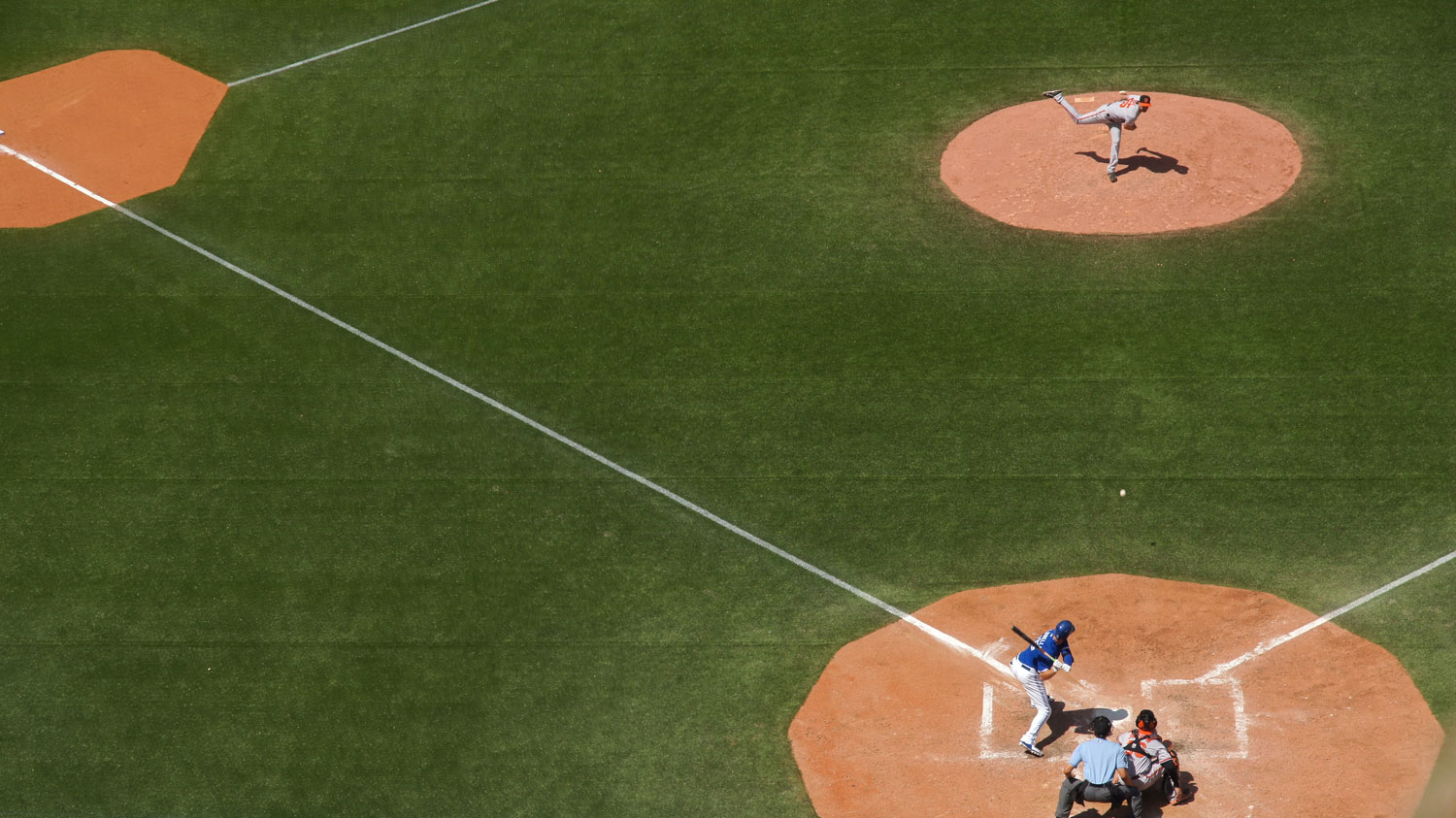