As one of the United States’ most unique cities, there are so many ways to spend the perfect weekend in San Antonio. From history to the outdoors to Texas-worthy gastronomy, this city is guaranteed to be a fun time.

San Antonio is one of the most-visited cities in the country and for good reason. What makes this city so special is what makes it so inherently American. With centuries of different cultures colliding and blending, you’ll find tons of history in every sight you see, every dish you eat, and every activity you do. From the Native Americans who first settled this land to the Spanish who gave it its current name in honor of Saint Anthony of Padua to the Mexican settlers who would go on to make up San Antonio’s Tejano population, the culture of San Antonio has and will always inspire and transport any visitor.

I have a feeling one weekend won’t be enough, but here are some ideas to get you started. 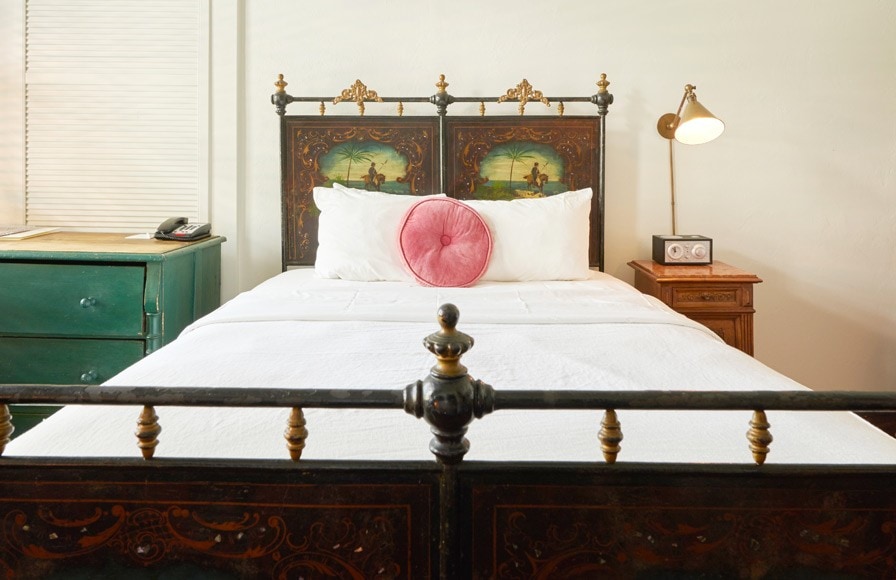 Where to Stay in San Antonio

Located along the River Walk, Hotel Havana was first opened in 1914 by local grocer, Edward Franz Melcher.  As the name might suggest, Melcher took inspiration for the Cuban capital not only in the name but in the Mediterranean Revival design style of the building. Even the tropical greenery you see around the hotel was originally planted by him over a century ago. One of the best things about Hotel Havana is that each room has its own unique design. Choose from a studio room all the way to the penthouse option and expect an airy, light atmosphere with pops of color and pattern. Of course, don’t skip a drink or meal at Ocho, the hotel’s restaurant and bar. It’s located in a glass conservatory and overlooks the River Walk. The menu, under Laredo-native Chef Jesse Kukykendall, has pan-Latin influences from Mexico, Cuba, and Texas. You can always, of course, order an icy Michelada as well!

Where to Go During Your Weekend in San Antonio 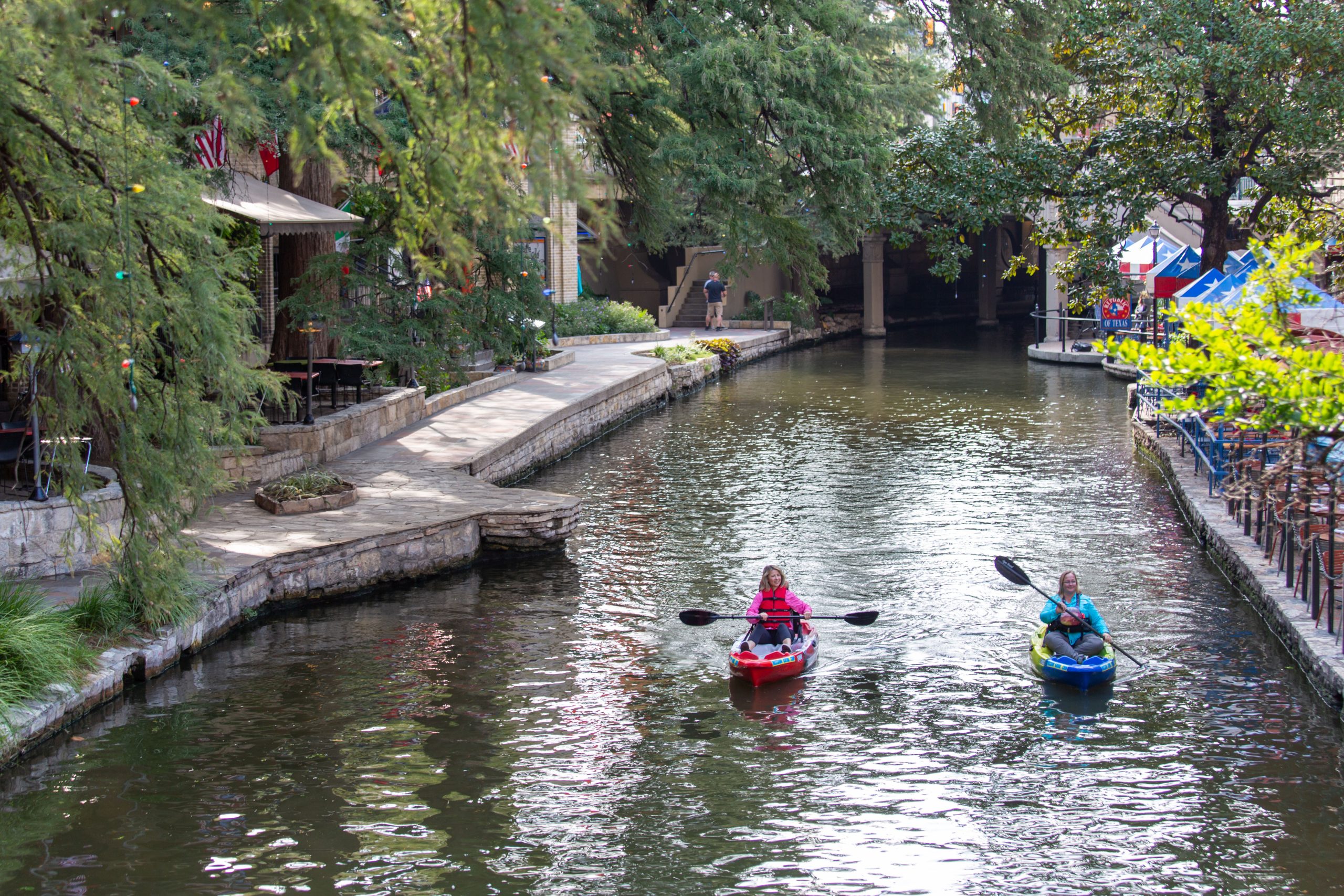 I don’t think you’ll find a city and its nearby body of water more intertwined than San Antonio and its river. Starting with the Native Americans who called this land, Yanaguana, or “Land of the Spirit Waters,” the river is at the very foundation of what makes the city so special. San Antonio’s River Walk stretches fifteen miles on either side and is incredibly hard to miss. Not only is it the top thing to do in San Antonio, it’s the top thing to do in all of Texas! Simply stroll along the paths and enjoy the various storefronts, restaurants, and cafes that line the Spanish-Mexican designed pathways or take the river barge to see the walk from the water. For something a little more adventurous, sign-up for Mission Kayak, part of Mission Adventure Tours. This new offering in San Antonio allows visitors to reserve an unguided or guided tour for two hours and see the river in a different way. Mission Kayak was so popular that when it was initially offered after three decades of kayaks being banned from Downtown, reservations sold out in mere hours. 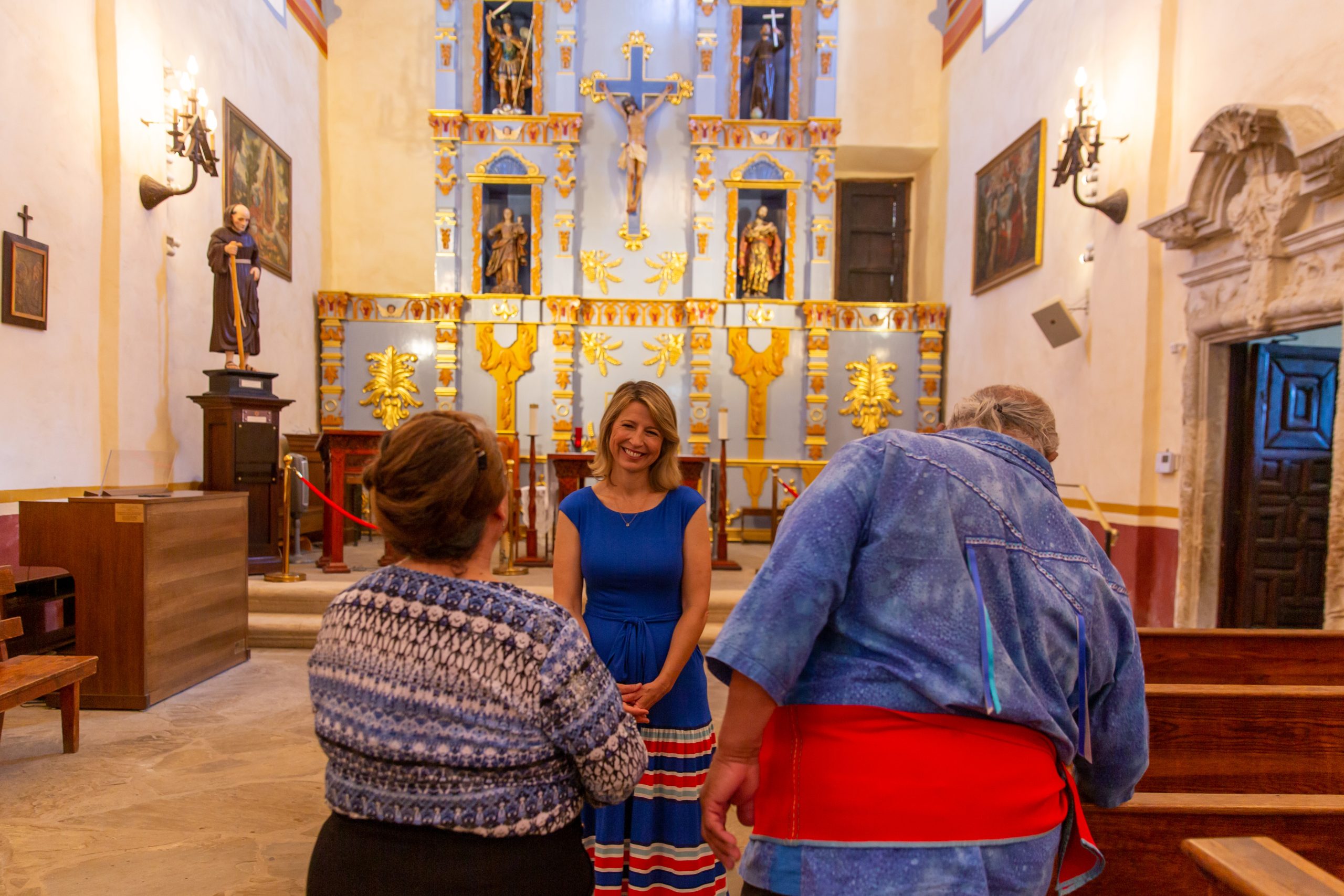 The only UNESCO World Heritage Site in Texas, the San Antonio Missions National Historical Park is another area not to miss if this is your first time in the city. It encapsulates four of the five missions of San Antonio as well as Acequia Park. The four missions include Mission Concepción, Mission San Jose, Mission San Juan, and Mission Espada. Connecting all of these missions is what’s known as San Antonio Mission Reach, the country’s largest urban ecosystem restoration project. Stretching 8-miles past the Downtown section of the River Walk, it’s a more woodland area that let you feel like you’re in a bit of nature close to the city. I recommend renting a bike to enjoy the Mission Reach and to see the four missions at a leisurely pace. 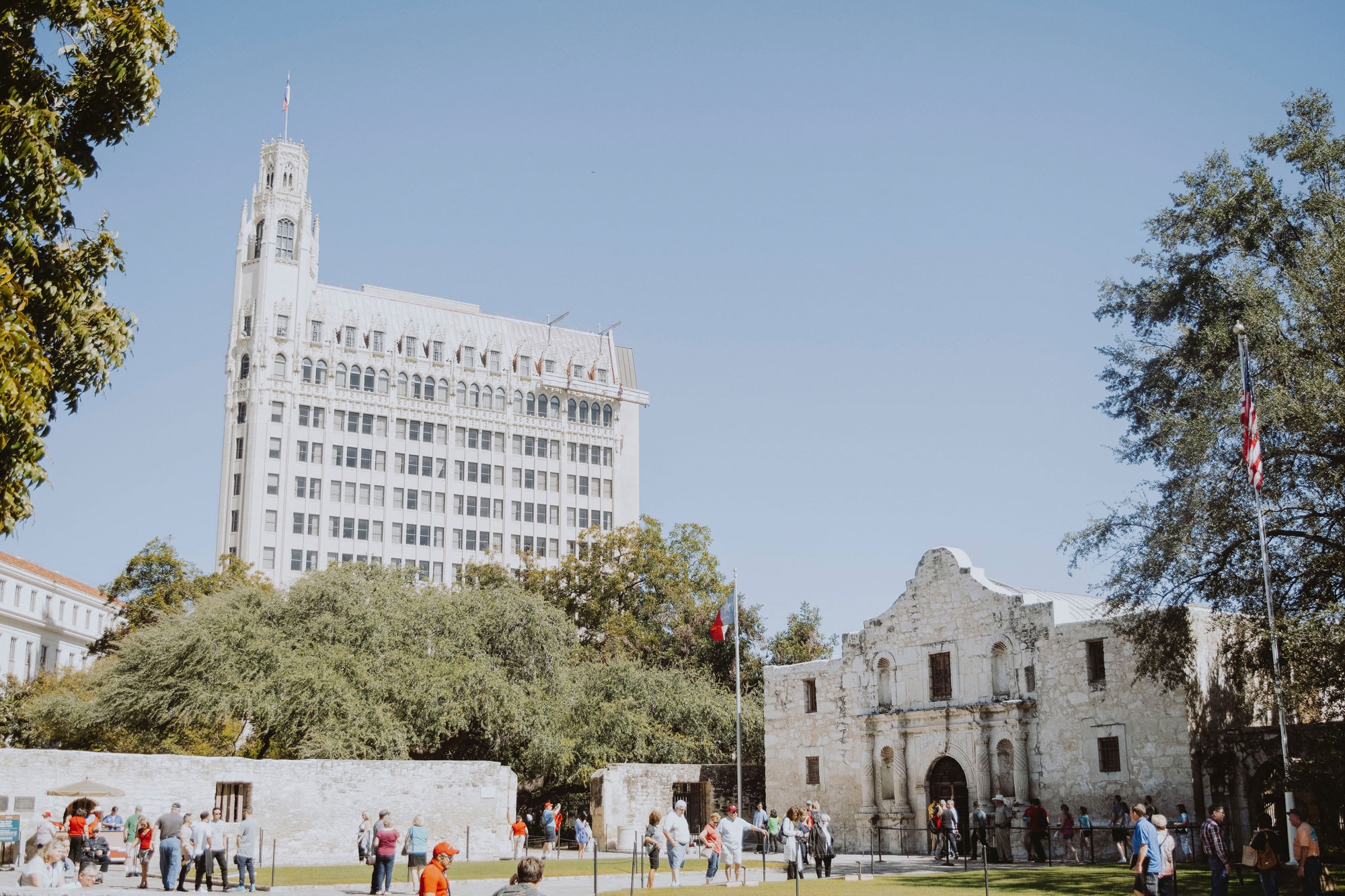 The one mission not included in the national historical park is perhaps the most famous of them all – The Alamo. Established in 1718, its most famous claim to fame is the 1836 Battle of the Alamo, a pivotal moment in the Texas Revolution, and where one of America’s most famous folklore heroes, Davy Crockett, met his end. While the other missions are more spread out, The Alamo is downtown and easy to walk to. Visiting is free but you do need to make reservations ahead of time. 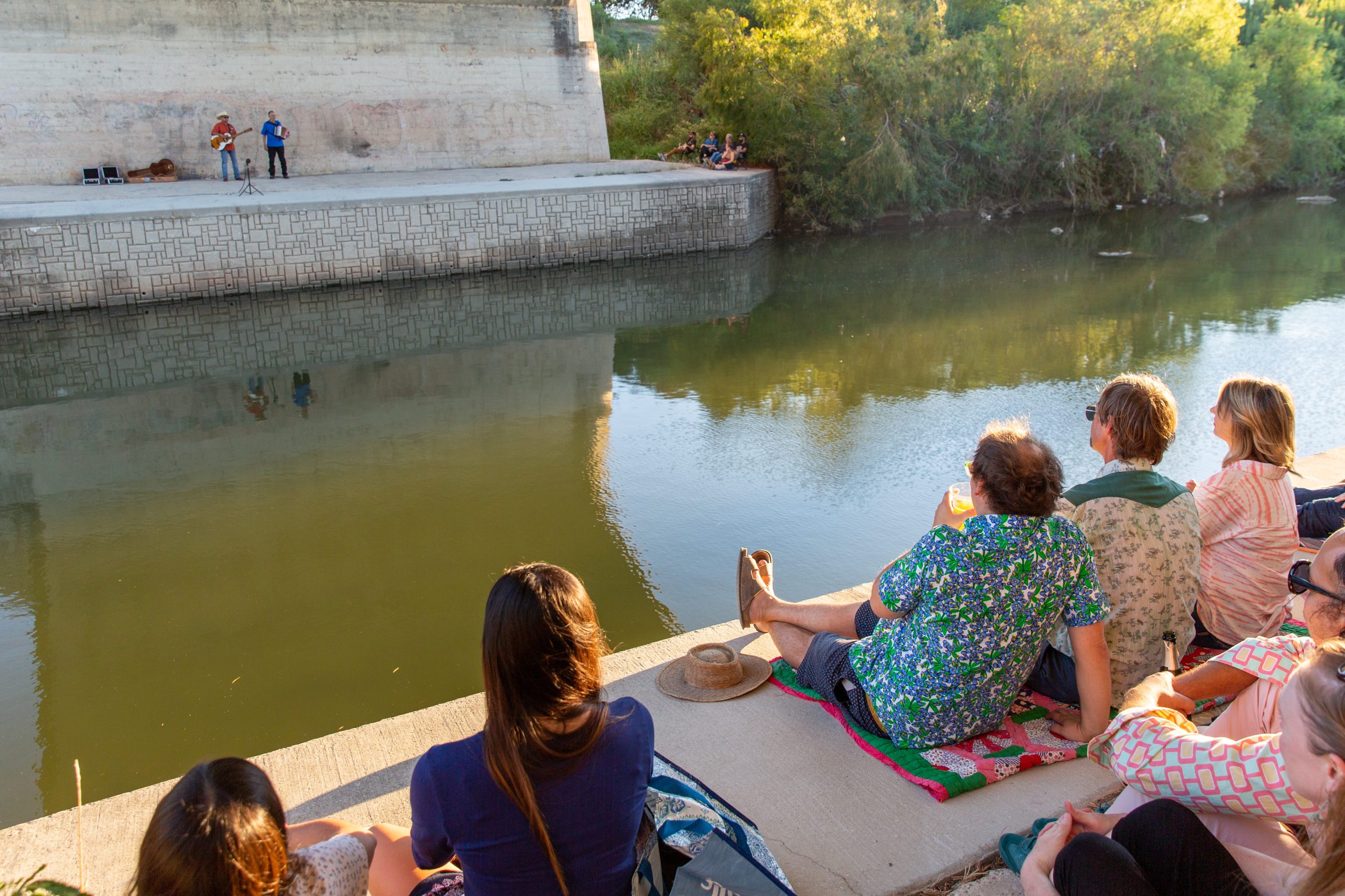 Depending on what time of the month you plan your weekend in San Antonio, you may just be in time for one of Space C7’s open air concerts under nearby Echo Bridge. Before the show you’ll be able to check out art from the nearby Liver & Maker Spaces, buy some drinks, and then enjoy the music from across the river. Check out their instagram to check for upcoming events and to buy tickets. 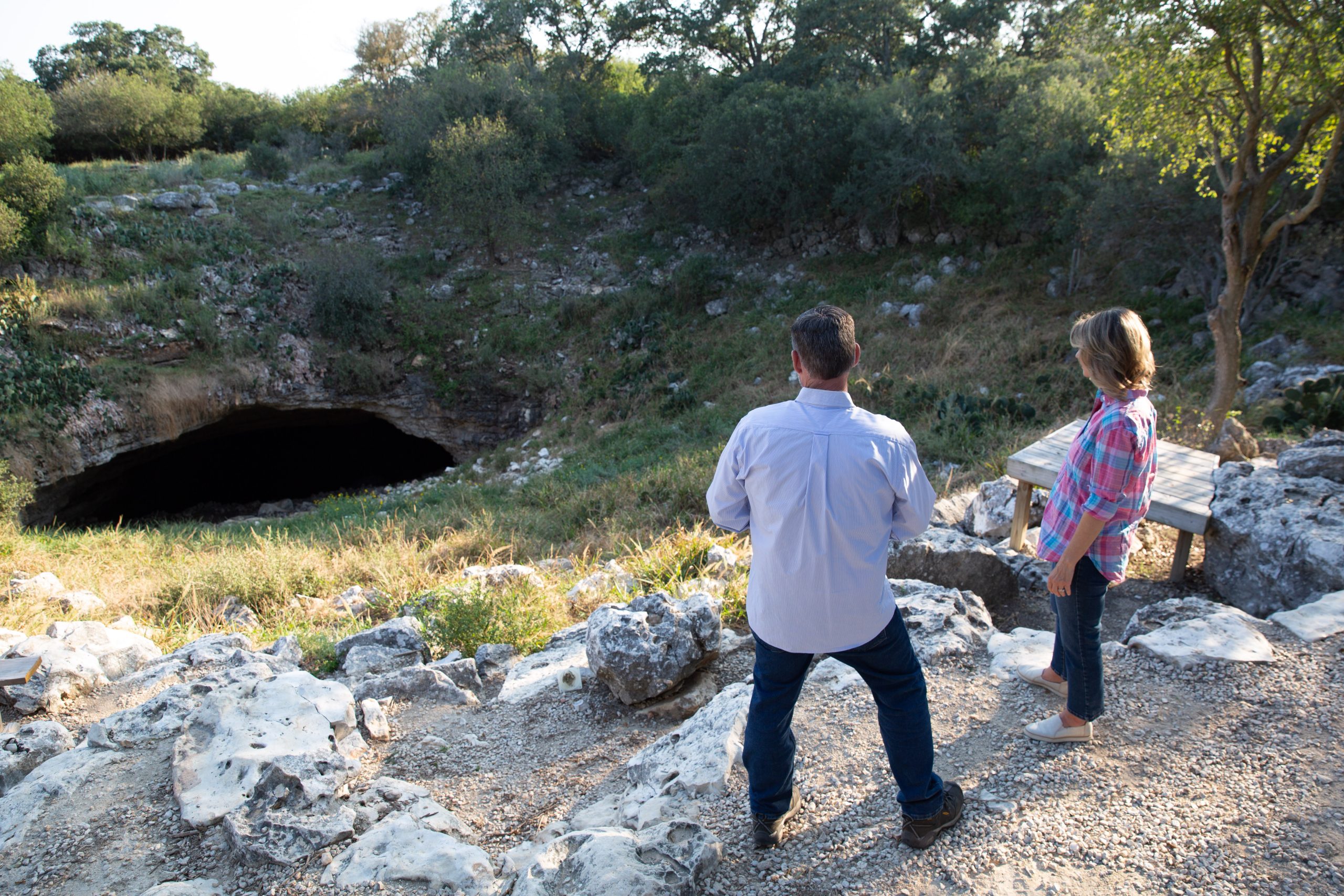 Some ways outside of San Antonio is a little crescent-shaped sinkhole that houses over 20 million Mexican free-tailed bats – the largest of its kind. When visiting at sundown, you’ll witness the most spectacular dance as they all emerge from their sleep! Make a reservation with Bat Conservation International if you want to see this show for yourself. It’s the only way to visit as you can’t go on your own.

Looking for a unique souvenir from San Antonio? Why not a custom-made guayabera? This summer shirt is recognizable from its patch pockets and two vertical rows of alforzas, or tiny pleats sewn closely together. Dos Carolinas, founded by Caroline Matthews, is famous around the city for its custom designs and impeccable tailoring. Matthews only uses the highest quality fabrics when making the shirts, and shoppers love the ability to customize everything, thus leaving with a product no one else has.

For more unique souvenirs, head over to the artisan shops of La Villita, San Antonio’s first and oldest neighborhood. It’s known for its various architecture styles in just one square block, representing the blend of cultures that make up the city. From adobe to Victorian, even if you’re not looking for some souvenirs, it’s worth a visit just to stroll the cobblestone streets and admire the history! 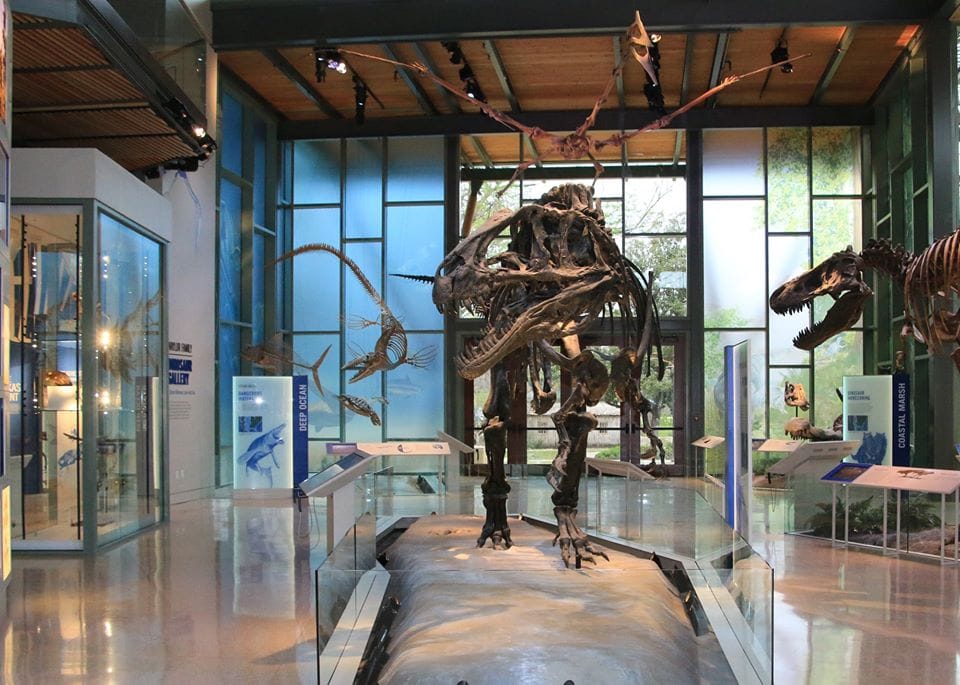 Nearly a hundred years old, the Witte Museum is a great place to learn more about what makes Texas, Texas. Between its permanent and special exhibits, it combines nature, science, and culture to share the state’s history from prehistoric times to the present day. Plan to stop in during the early afternoon so you have plenty of time to explore and avoid the hottest part of the day.

Where to Eat & Drink During Your Weekend in San Antonio 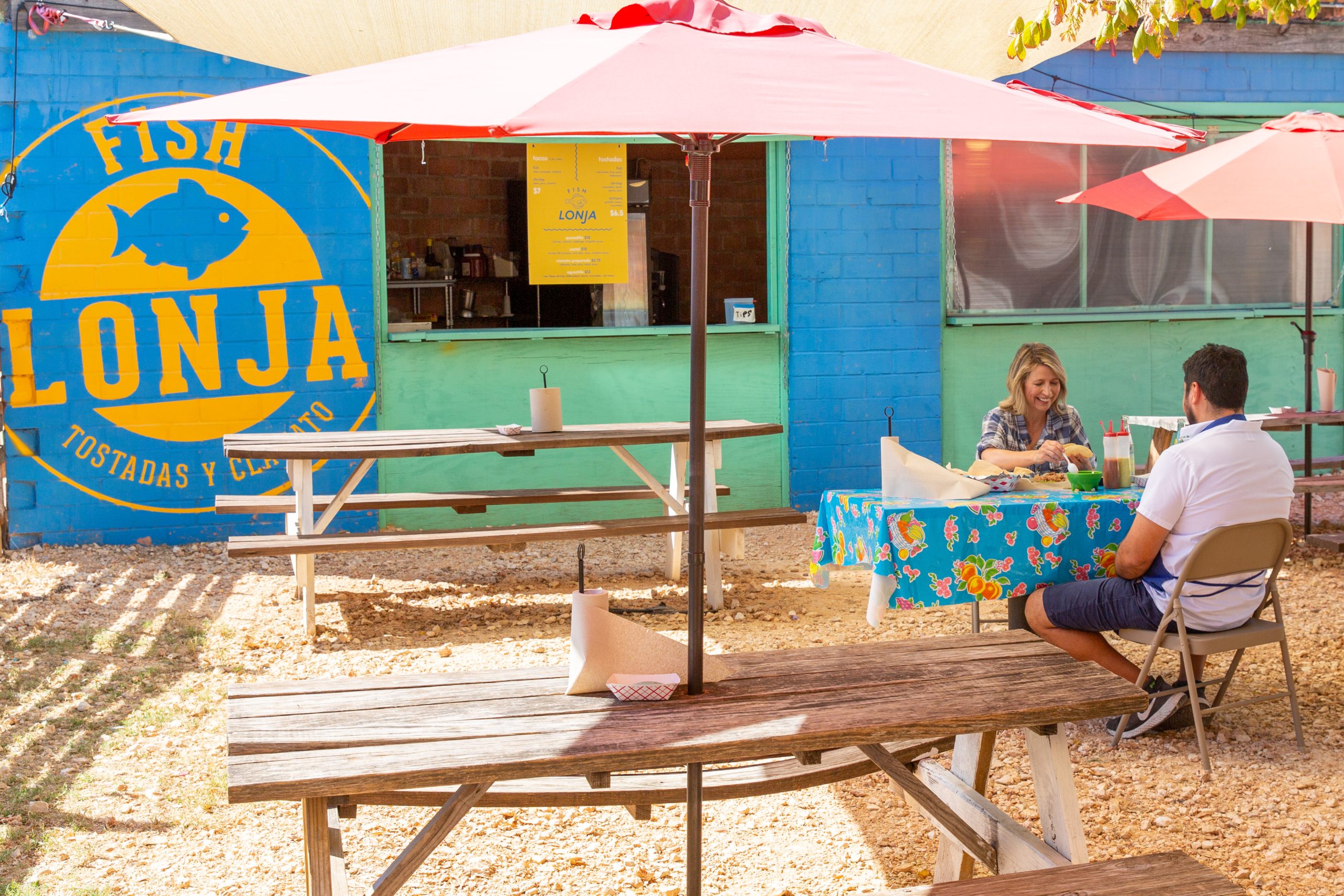 If you want some incredibly mouthwatering carnitas, head right over to Carnitas Lonja in San Antonio’s Southside neighborhood. As the name suggests, this no-frills taqueria sells only carnitas, helping it stand out amongst the TexMex and barbecue joints that populate not only the city but the state! James Beard semifinalist Chef Alejandro Paredes takes his carnitas very seriously. He slow cooks his pulled pork, packs it with flavor, and serves it with handmade tortillas. 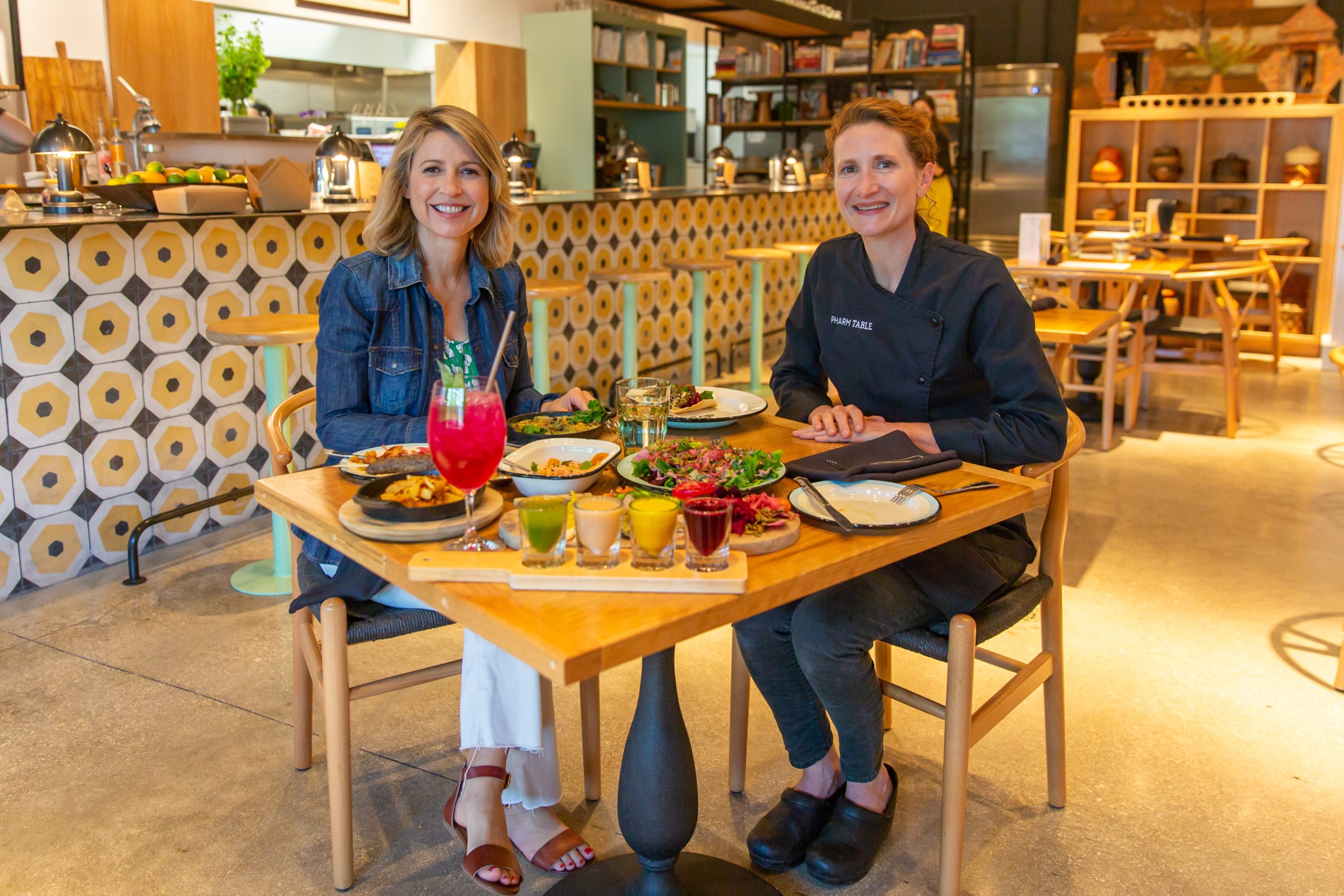 For something on the healthier side, make reservations for Pharm Table, a restaurant offering plant-forward dishes that act as medicine for the body. Founded by Elizabeth Johnson, known as the “Food as Medicine Guru” by the James Beard Foundation, Pharm Table is the best representation of her holistic approach to nutrition. Referencing the Ayurvedic and Blue Zones cultural diets while also sourcing everything as locally as possible, the food here feels both refreshing and tastes absolutely delicious. Her take on collard greens alone are worth it! 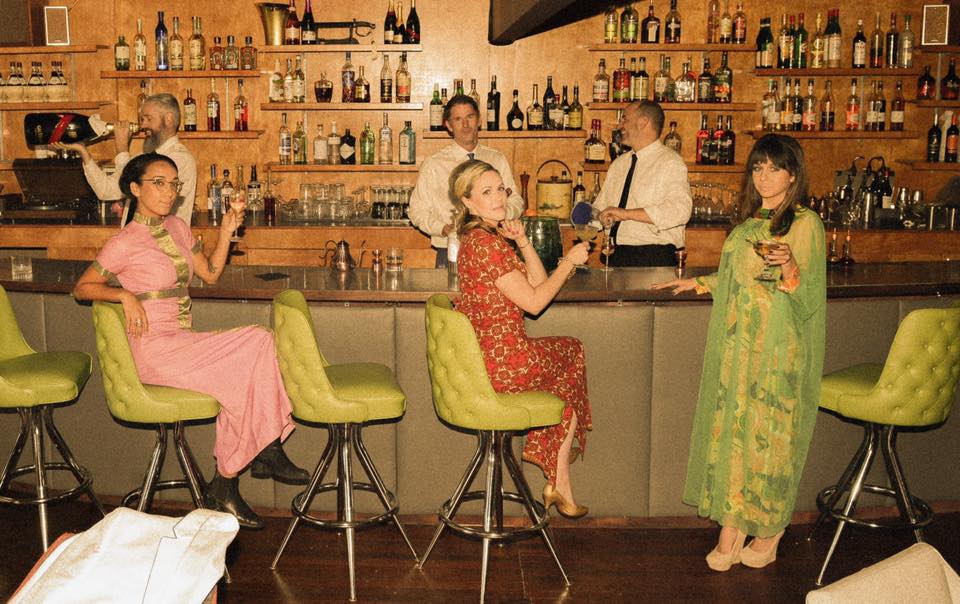 If you’re going out for a drink, why not a 1960’s-themed cocktail bar? Located in walking distance from the Pearl Brewery, everything about The Modernist has a fun midcentury design. In order to get your drink, chat with the bartenders about your favorite ingredients, and they’ll create a bespoke cocktail you surely won’t forget. 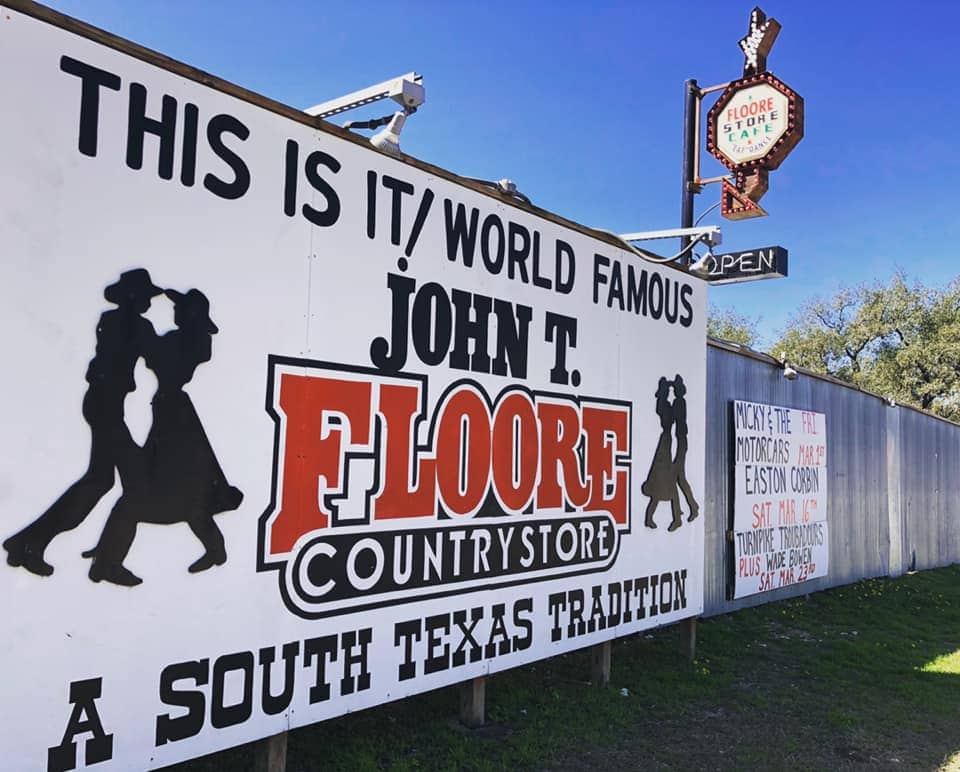 No, “floor” isn’t misspelled, and no, this isn’t a flooring company. John T. Floore’s Country Store isn’t even a store at all – it’s a honky tonk! First opened in 1942 by Mr. John T. Floore himself, this place have seen some of the who’s who of the music business in the last eight decades. Think Hank Williams, Elvis Presley, Bob Dylan, B.B. King, and, of course, Willie Nelson. Willie even wrote about Floore in his song, “Shotgun Willie.” Come for the music and be sure to order some of their incredible tamales and ice cold beer!

And there you have it – all the best ideas for the perfect weekend in San Antonio! Whether you’re hoping to learn more about its unique blend of cultures, coming for some good eatin’, or wanting to see what’s so special about this river that has inspired locals for centuries, I can guarantee you’re going to love your trip here!

If you want to see more fun ideas for a weekend in San Antonio, check out our San Antonio episode of Season 5’s “Samantha Brown’s Places to Love”! 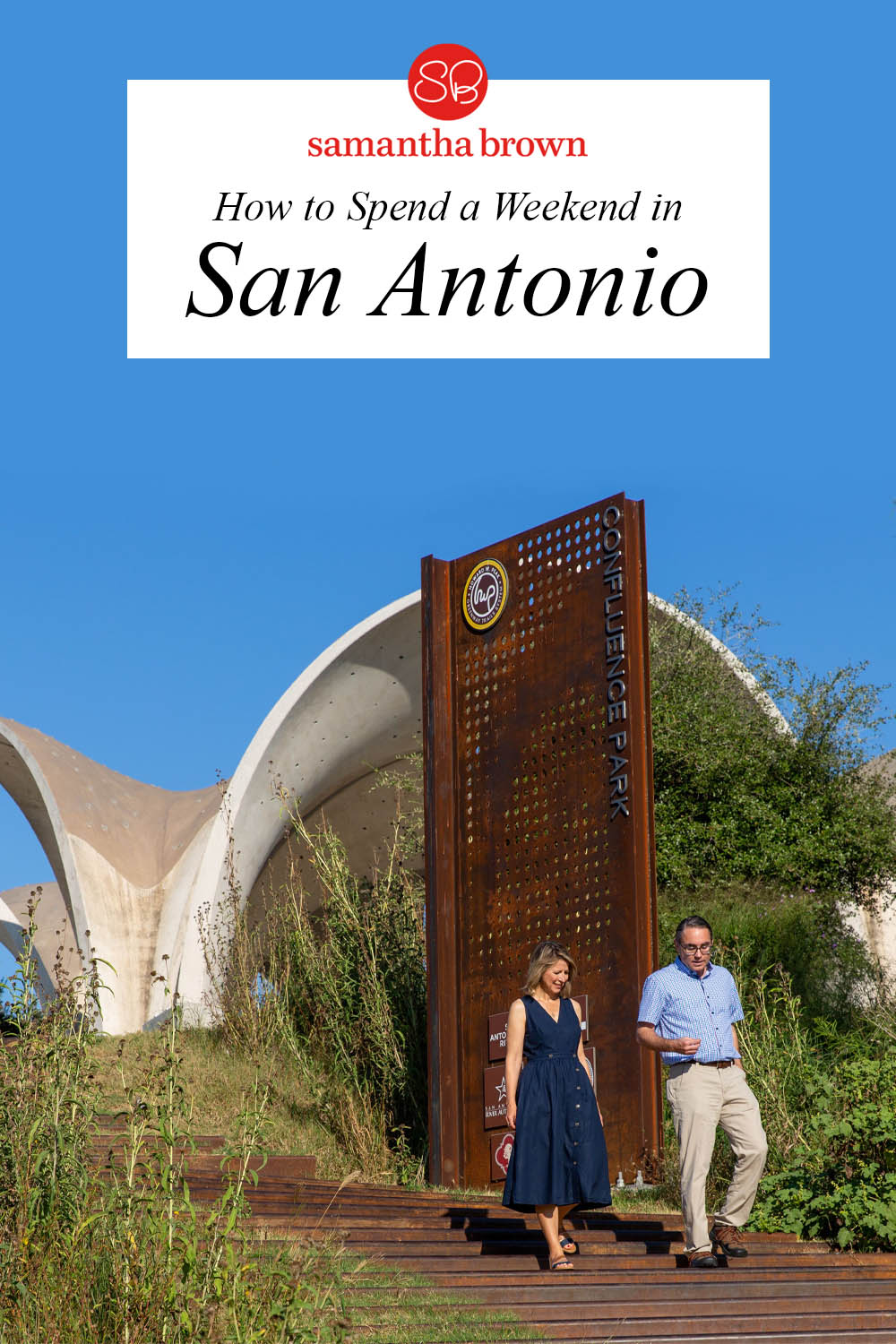 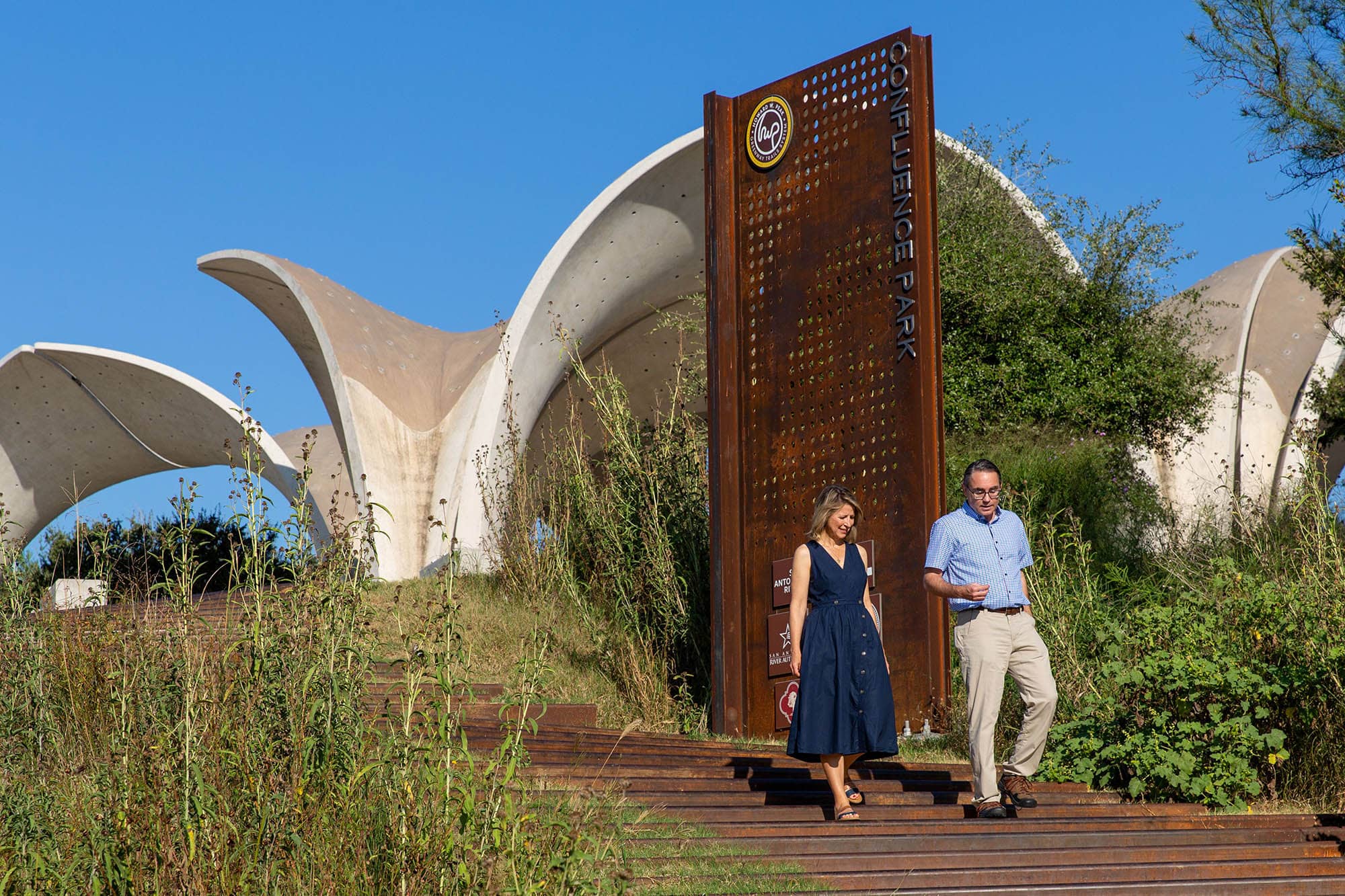