With incredible beaches, a society born of multiculturalism, and the type of energy found nowhere else, there truly is no shortage of unique things to do in Miami.

As the land of sunshine and salsa, Miami is a popular vacation spot and Will Smith song for good reason. One of the most densely populated cities in the United States, it’s a melting pot of cultures that have come to leave their mark. From communities that have been here long before Miami was Miami to more recent immigrants who have brought their traditions, cuisine, and customs with them, I promise you’ll fall in love with this city just like I have.

7 Unique Things to Do in Miami 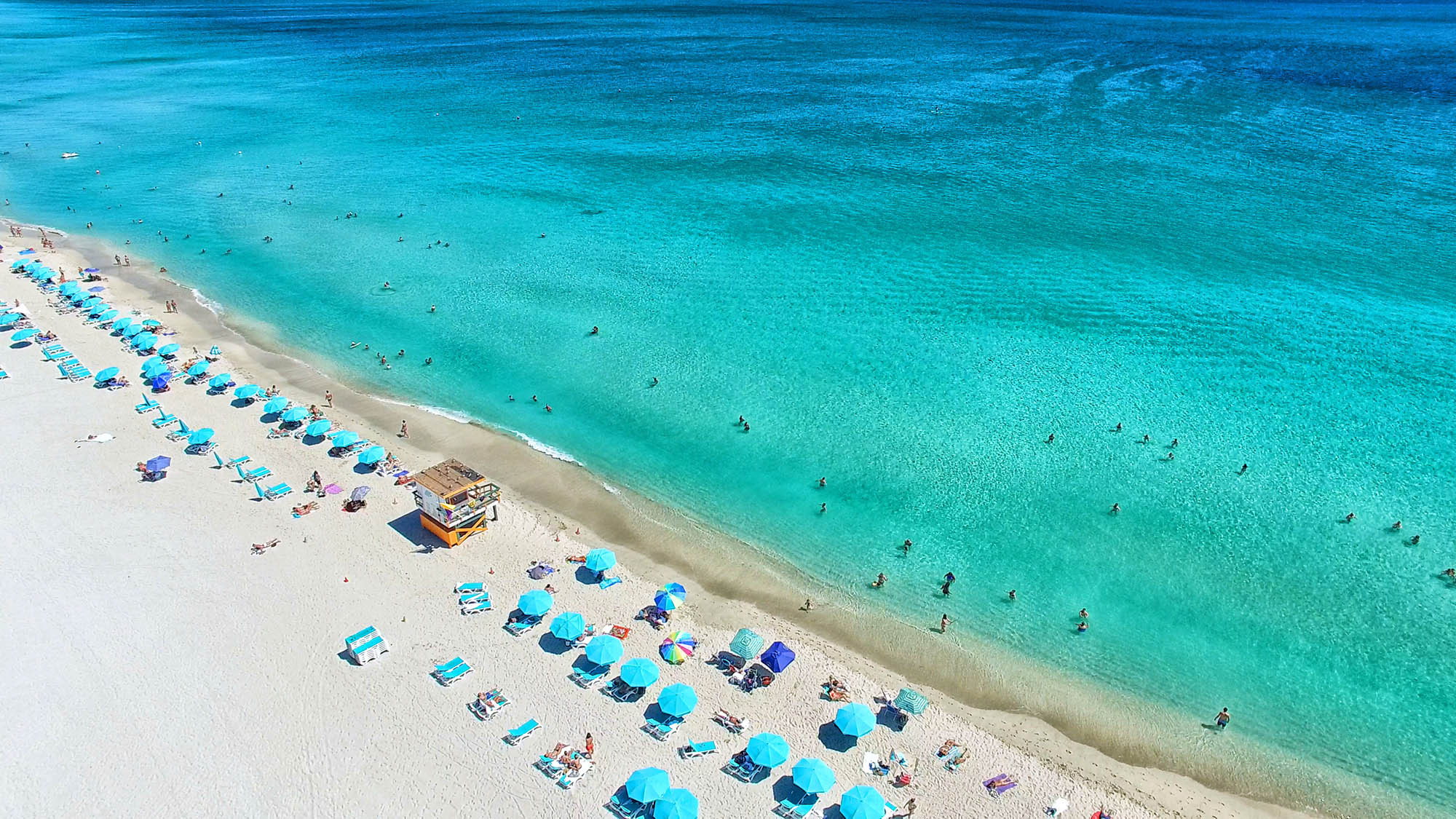 1. Relax at the Picture-Perfect South Beach

You can’t come to this city and not spend time at its beach. If I were to pick one section, I’d have to pick bustling South Beach, which stretches from South Pointe Park to 23rd Street. With turquoise water, white sand, and pastel Art Deco architecture, it’s such an iconic part of Miami’s landscape. Hard to believe only 150 years ago, this same land was a coconut farm!

When you’re tired of sunbathing, head inland to one of the pedestrian-only streets. Lincoln Road is full of cool boutiques and restaurants, while Española Way will transport you to the Mediterranean with its storefront buildings. 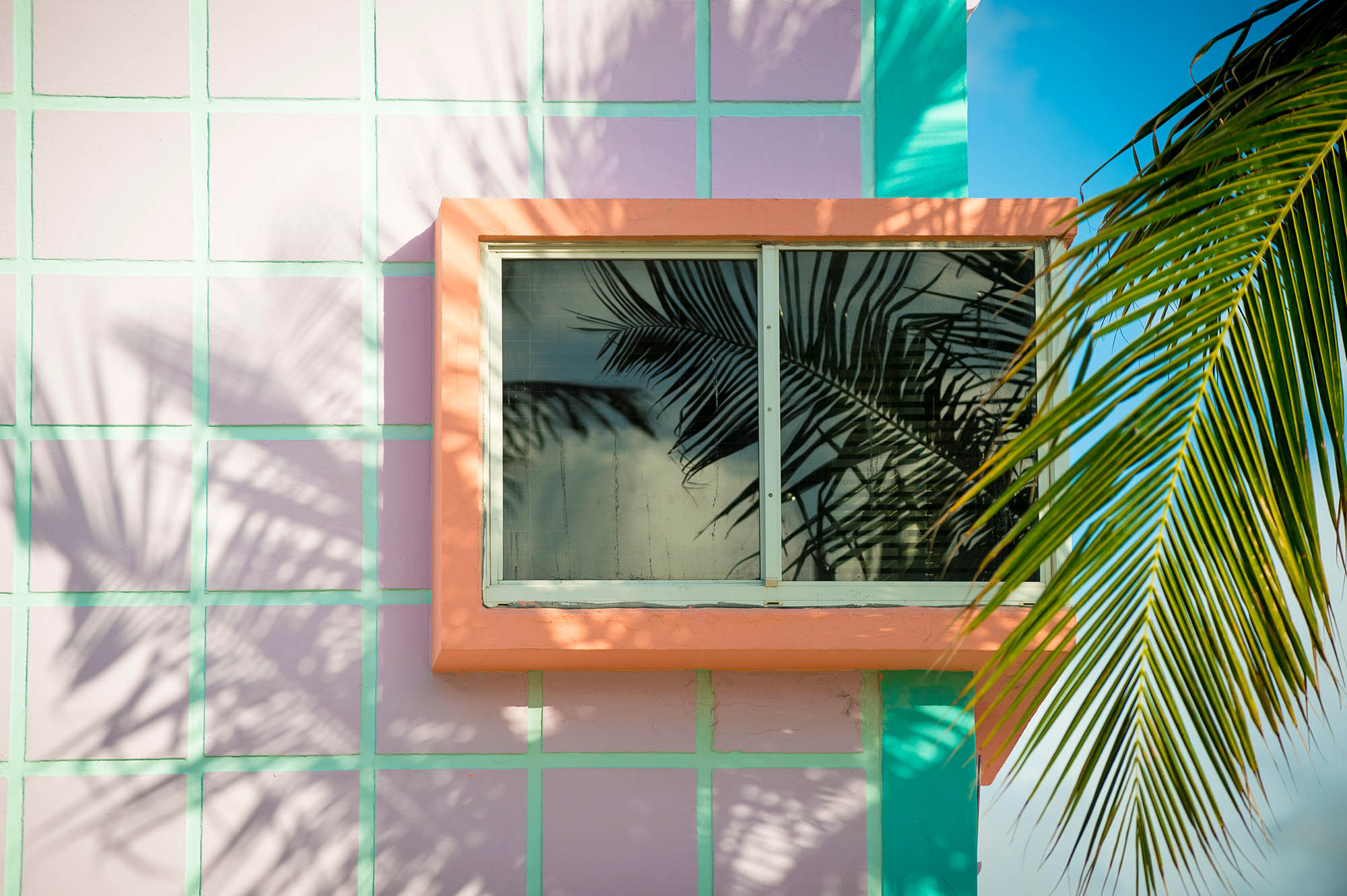 2. Explore the Art Deco of Miami

If there’s one type of architecture that’s become famous in Miami, it’s Art Deco. Made popular during the 1920s and 30s, the style is known for its clean lines and geometric details.

Between 5th and 23rd streets, the Art Deco Historic District is well worth a wander. The world’s largest concentration of Art Deco buildings is practically synonymous with the city, thanks to movies like Miami Vice. These buildings were largely built during the 1920s to attract wealthy families to move to what was recently a huge marsh. Their big revival came, though, in the 1970s when developers wanted to tear them down, and locals fought to preserve them, creating this historic district.

Start at the Art Deco Welcome Center to learn more about the district’s history before walking around and checking out the different buildings. They also offer several tours, including a self-guided audio tour if you’d prefer to still go on your own. 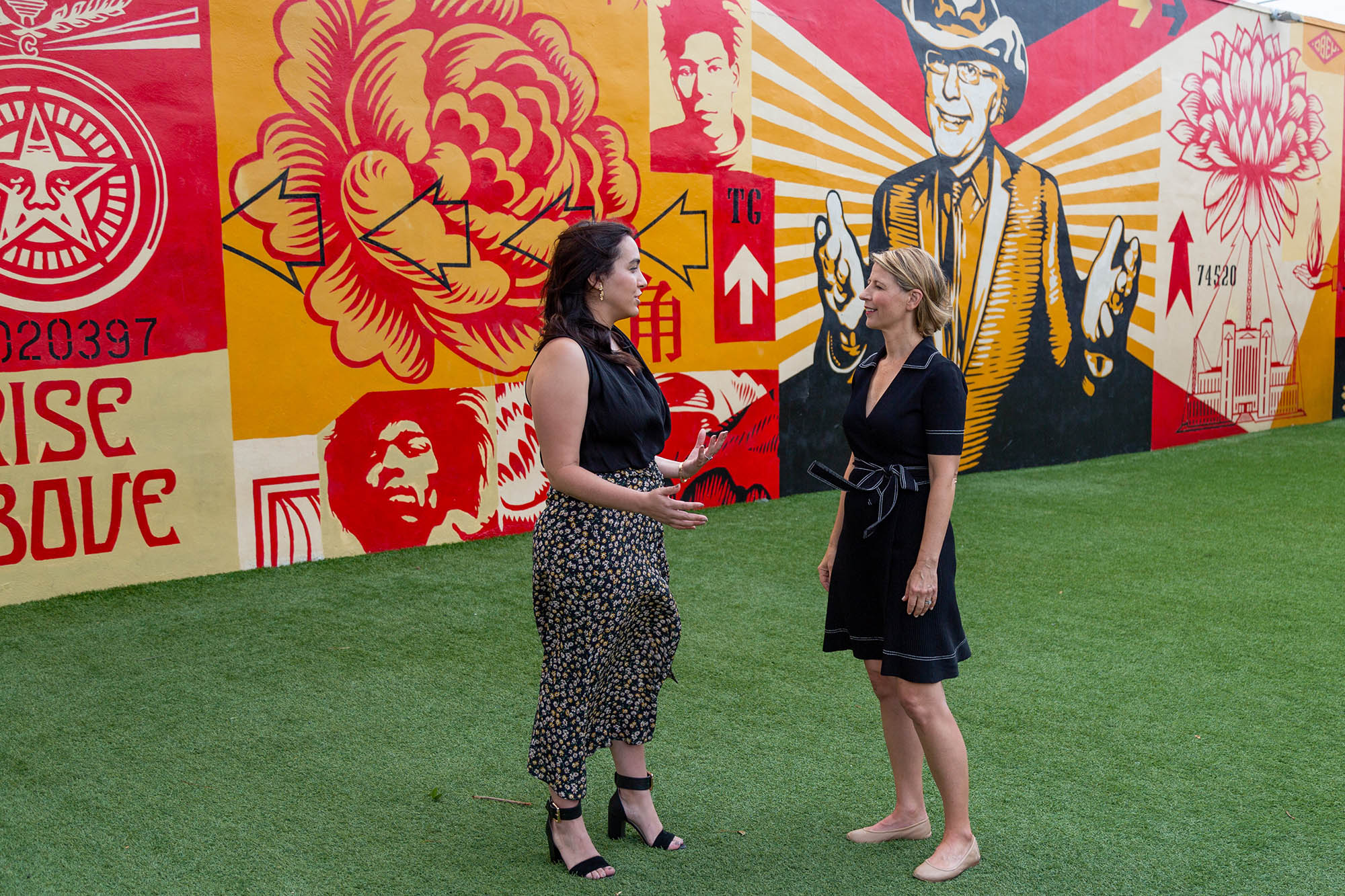 3. Admire the Murals at Wynwood Walls

Easily one of the most unique things to do in Miami is to visit the vibrant, open-air gallery known as Wynwood Walls. While colorful murals can be found in almost any city, many of them are often seen in passing on your way to elsewhere. Wynwood allows you to stop in, walk around, and take your time seeing all the incredible art up close.

This urban graffiti art museum was created fairly recently in 2009 by the late Tony Goldman. Goldman made a name for himself, revitalizing neighborhoods, starting with New York City’s famous SoHo district. Wynwood, known as the warehouse district of Miami, was one of his last major projects.

After buying multiple buildings, Goldman wanted to create a space for graffiti artists to showcase their then under-appreciated styles and creations. In the 10+ years that Wynwood has been open, it’s seen some of the most famous and innovate artists come to Miami. Everyone from pioneers of the graffiti movement to newer artists from around the globe has showcased their work here.

There truly is something special about being able to stop in and take the time to admire these incredible murals. You can easily drive over, and there are plenty of parking spots and garages surrounding the museum. 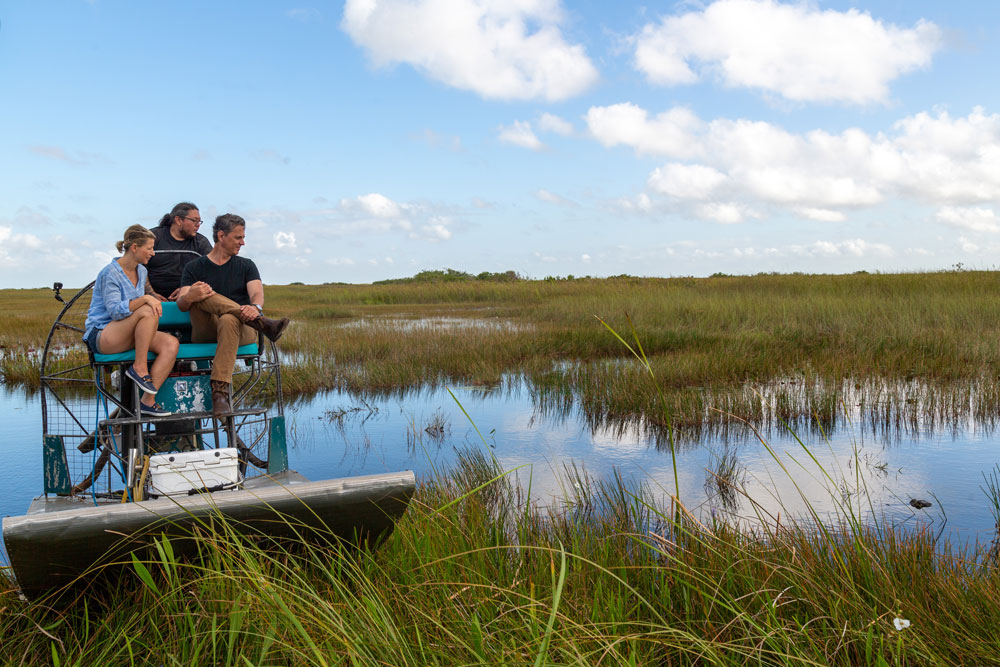 4. Take an Airboat Tour of the Everglades

The Everglades National Park has to be one of the most beautiful national parks out there. Its unique ecosystem can truly not be found anywhere else in the world! Totaling over 7,800 square miles and spanning through multiple regions, the park is full of tropical wetlands and is a far cry from the sunny beaches people usually imagine when they think of enjoying Florida’s outdoors.

Because of its size, the Everglades is accessible from a number of popular places in Florida, and many companies have tours that’ll take place along the sleepy waters. If you want to make it really special, though, I recommend going with Dragonfly Expeditions, who have a tour that works with the Miccosukee Tribe. Originally part of the Creek Nation, the Miccosukee very much pre-date Columbus and are notable for never signing a treaty with the U.S. government. They operate as a sovereign nation and even have an embassy in Miami (the only embassy not in Washington D.C.).

On the Miccosukee Indian Heritage Airboat Tour, you’ll get to take a boat out with a local guide to explore the natural wonders of the Everglades while learning more about Miccosukee history and traditions. You’ll even get to visit some of their historic island camps and see how this tribe has lived harmoniously with the ecosystem for centuries. If you’re lucky, your guide will show you how he can “speak” to the alligators hanging out around the island! 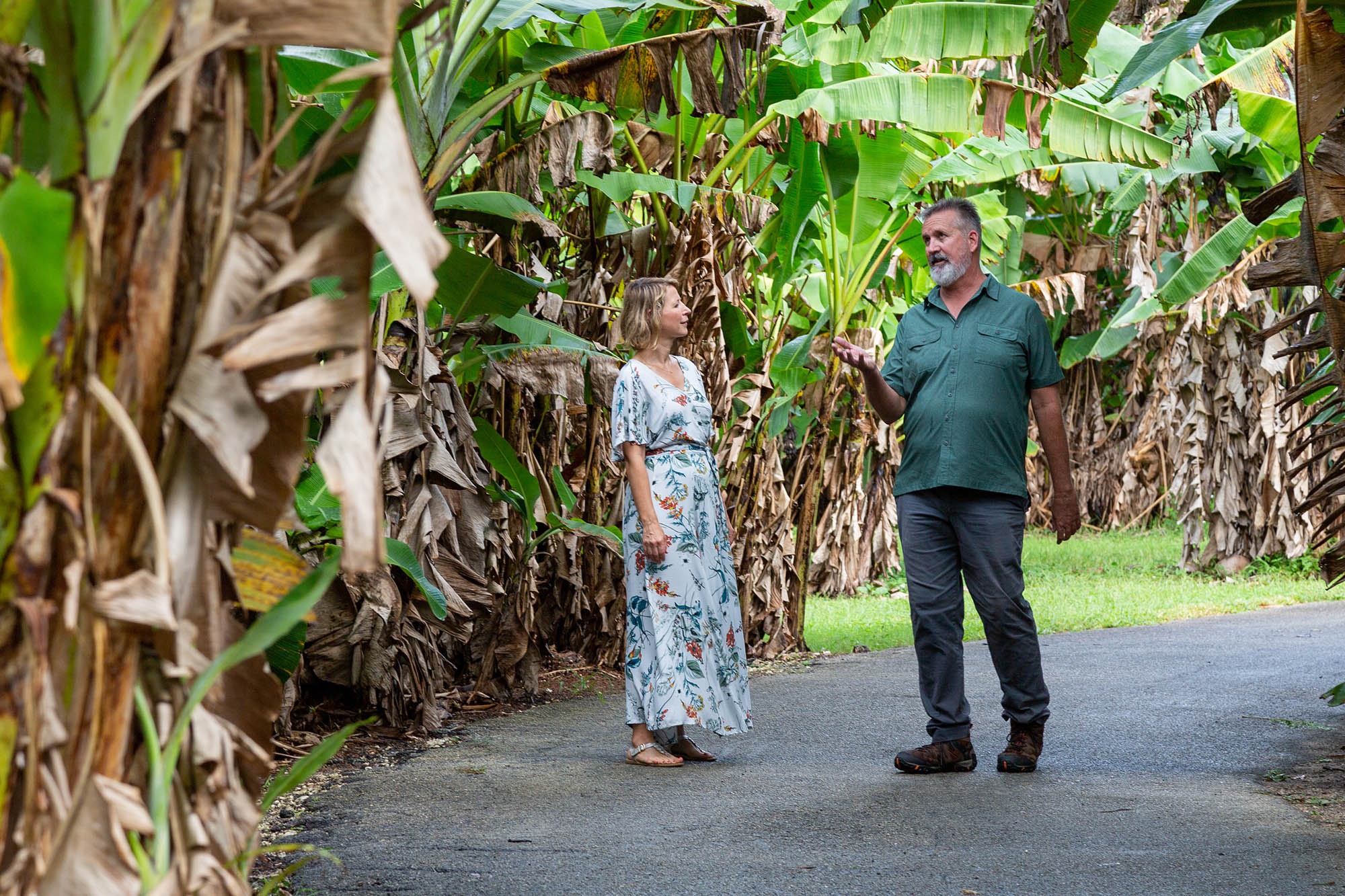 5. Hug Some Trees at the Fruit & Spice Park

Truly one of the most underrated places to go outdoors, the Fruit and Spice Park allows visitors to see all that Miami’s tropical climate can grow.

Originally founded as a way for Mary Calkins Heinlein to showcase all the kinds of fruits and plants that can flourish in extreme southern Florida, it was a way for homesteaders to learn what to grow in this very different climate.

Today, it’s a public park that encompasses 37 acres of subtropical paradise and showcases over 500 types of fruits, herbs, spices, and nuts. There are 180 varieties of mango alone! One of the coolest aspects of the park is how interactive it is. Hug many of the trees and pick up any fruit that’s fallen to the ground. (Just know that picking from the trees is strictly forbidden). If you pick up a fruit and you’re unsure what it is, just bring it to the Welcome Center and they’ll be able to help. 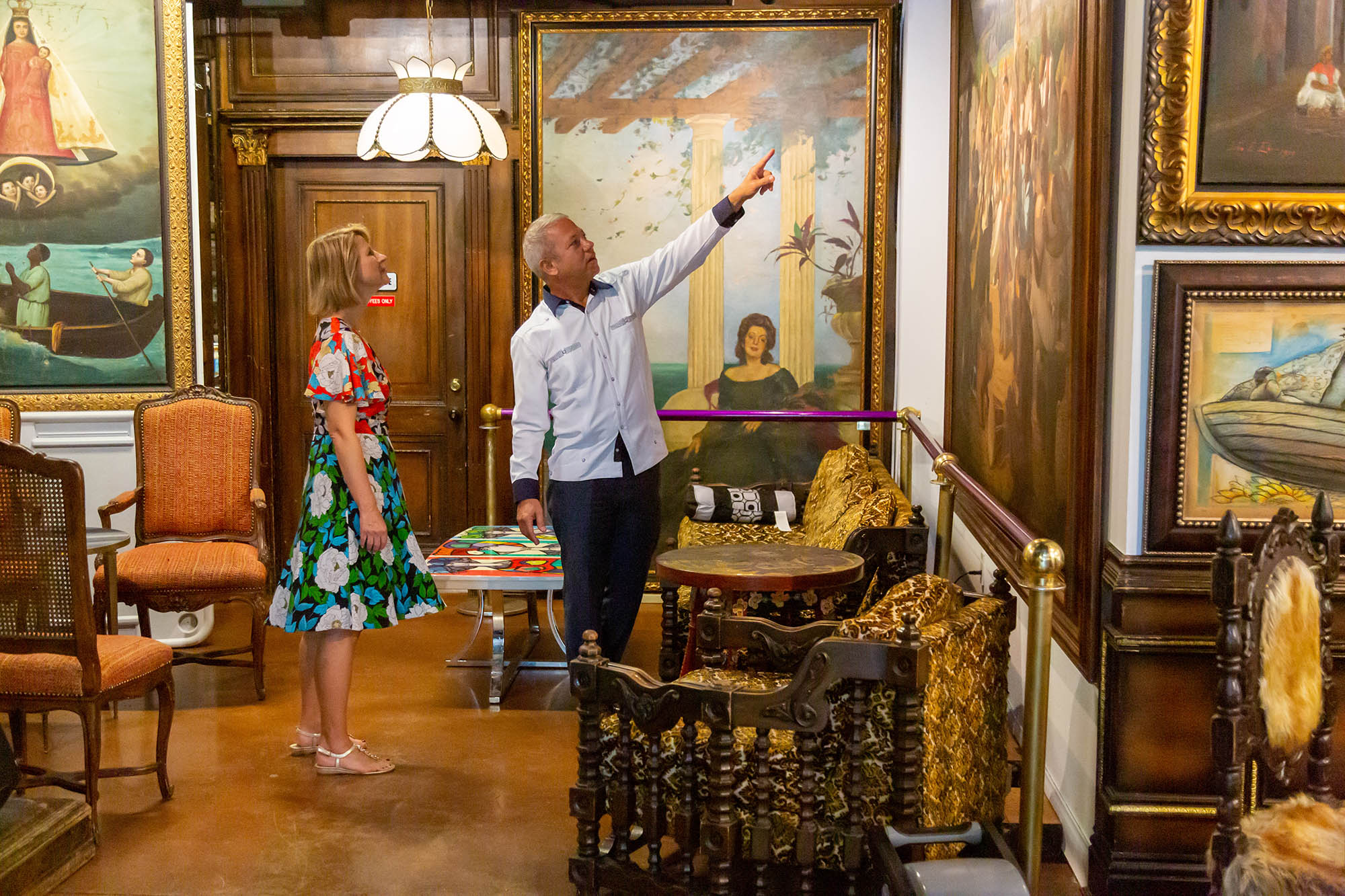 6. Learn more about Cuban Culture in Miami at Cubaocho

You simply cannot visit Miami and not spend time in Little Havana. And if you go to Little Havana, you don’t want to miss a stop at Cubaocho Museum and Performing Arts Center. Trust me, even your most museum-averse friends will have a blast here!

The museum was first founded by Roberto Ramos after he arrived in the U.S.A. in 1992. Escaping Cuba, Ramos packed in 14 of his paintings into a small boat and spent three days in the Straits of Florida before being found by the U.S. Coast Guard. He managed to rescue his painting before they could sink his boat and founded Cubaocho to showcase the works he’d saved.

Since then, the museum has grown in all aspects. Ramos has added to his collection, and visitors can come to see a range of paintings that were largely created before 1959. They can also grab a drink at the museum’s bar and, most importantly, join in on the incredible dancing Cuban culture is known for! 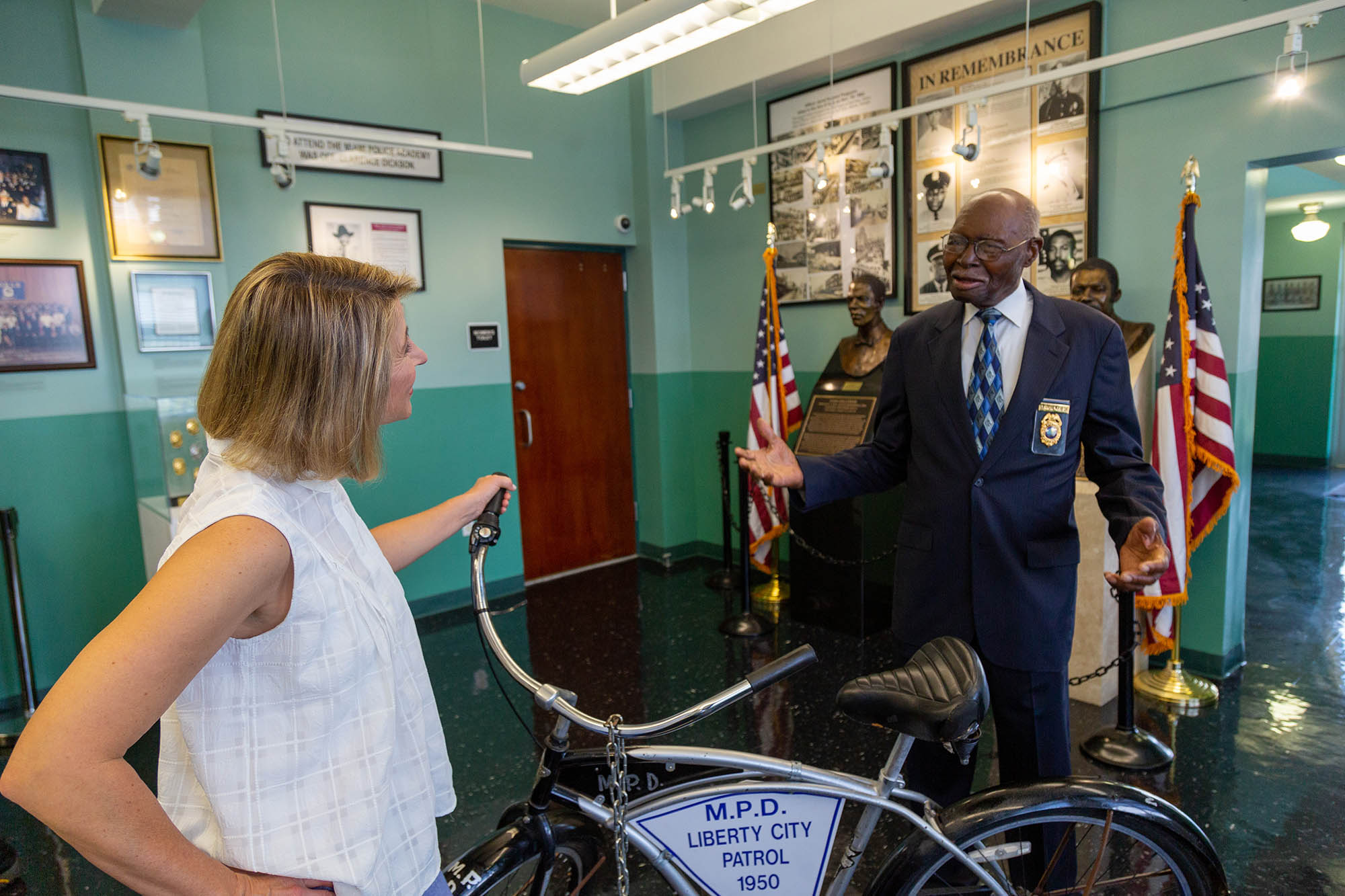 Just northwest of Downtown Miami is the city’s second oldest continuously inhabited neighborhood, just behind Coconut Grove. Since it was incorporated into the city in 1896, Overtown was originally built for Black railroad workers during a time when Jim Crow laws dictated segregation. Over the decades, as the community grew, it became a huge hub for the Black community for everything from business to culture to entertainment and more. By the time the 1950s rolled around, it was a huge nightlife hotspot that saw the likes of Ella Fitzgerald, Nat King Cole, Billie Holiday, and more come through.

Today, you can visit Overtown to learn more about its unique and lively history. The Black Archives Historic Lyric Theater is a historic theater from 1913 that still hosts events today. If you’re not in town for one, you can still stop by to see their exhibit and wonder what it would’ve been like to come here to see someone like Louis Armstrong perform!

Another great spot is the Black Police Precinct & Courthouse Museum. Book a tour to learn more about Miami’s first Black policemen and how this very building was a base for them and the city’s singular Black judge to fight not just crime but racial injustices and discrimination at all levels.

There are so many unique things to do in Miami because the people who have called this place home for decades are incredibly unique themselves. It’s such a special city with such a huge diversity in everything from the outdoors to the neighborhoods to the very food you eat. Once you visit and feel the energy for yourself, you’ll see why it’s one of my places to love.

If you want to see more unique things to do in Miami, check out our Miami episode of Season 3’s “Samantha Brown’s Places to Love”! 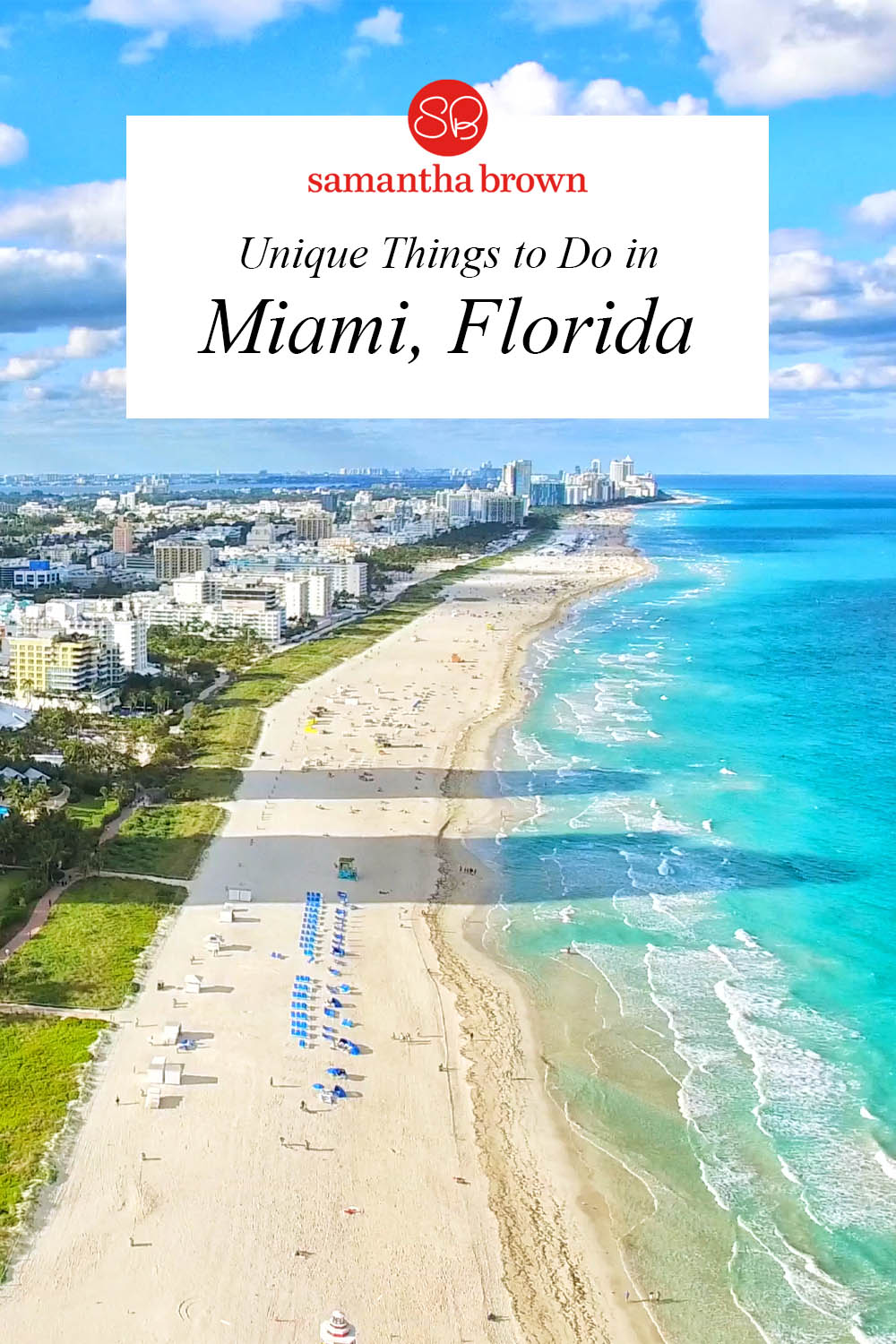 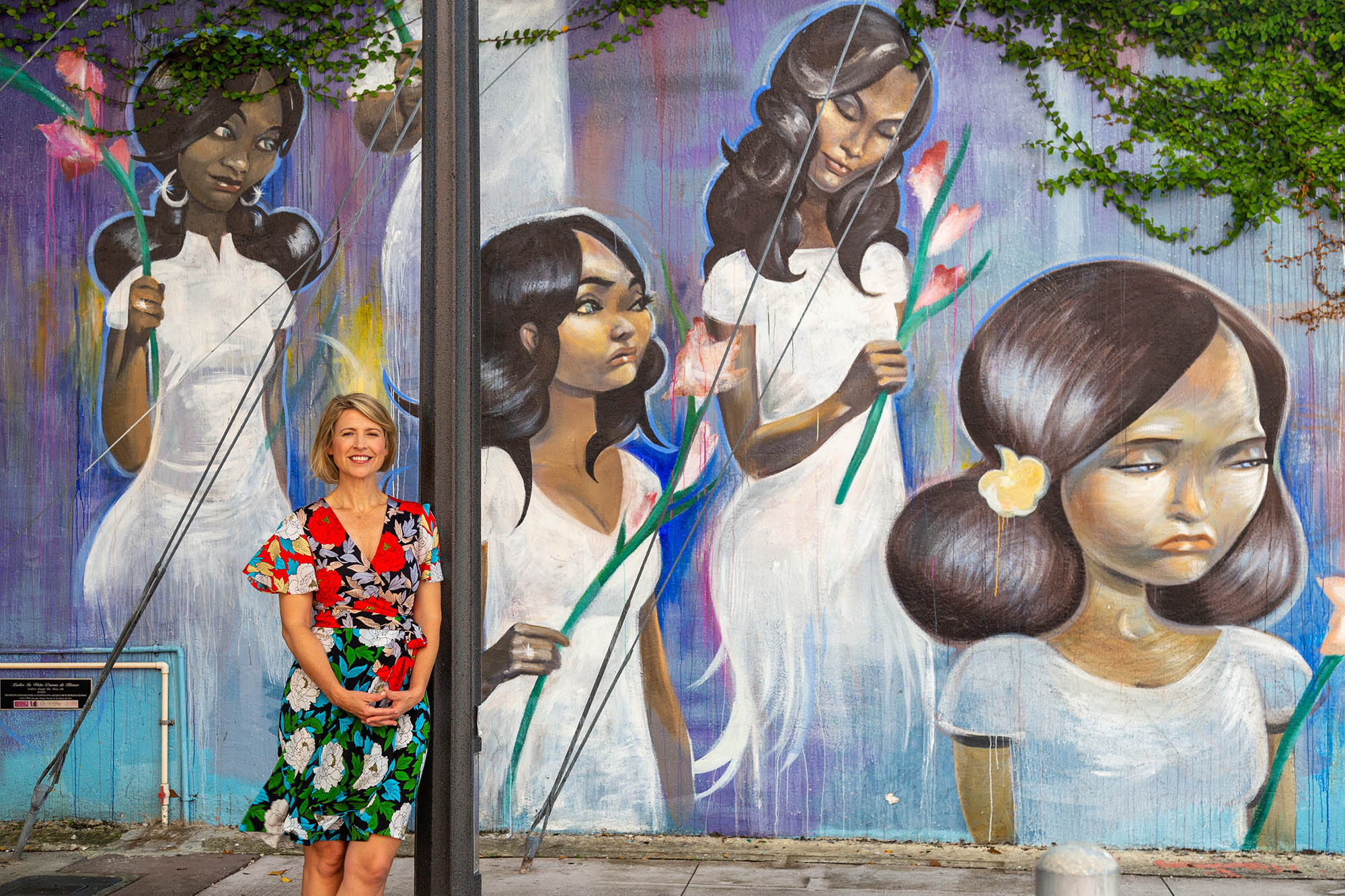