Living in Brooklyn, the Hudson Valley is one of my favorite areas to visit since it’s so easy to plan a short trip from the city. There are so many fun things to do in Dutchess County that you could keep coming back season after season and finding more to experience.

Below are some of my best recommendations to help you plan your own trip.

10 Incredible Things to Do in Dutchess County 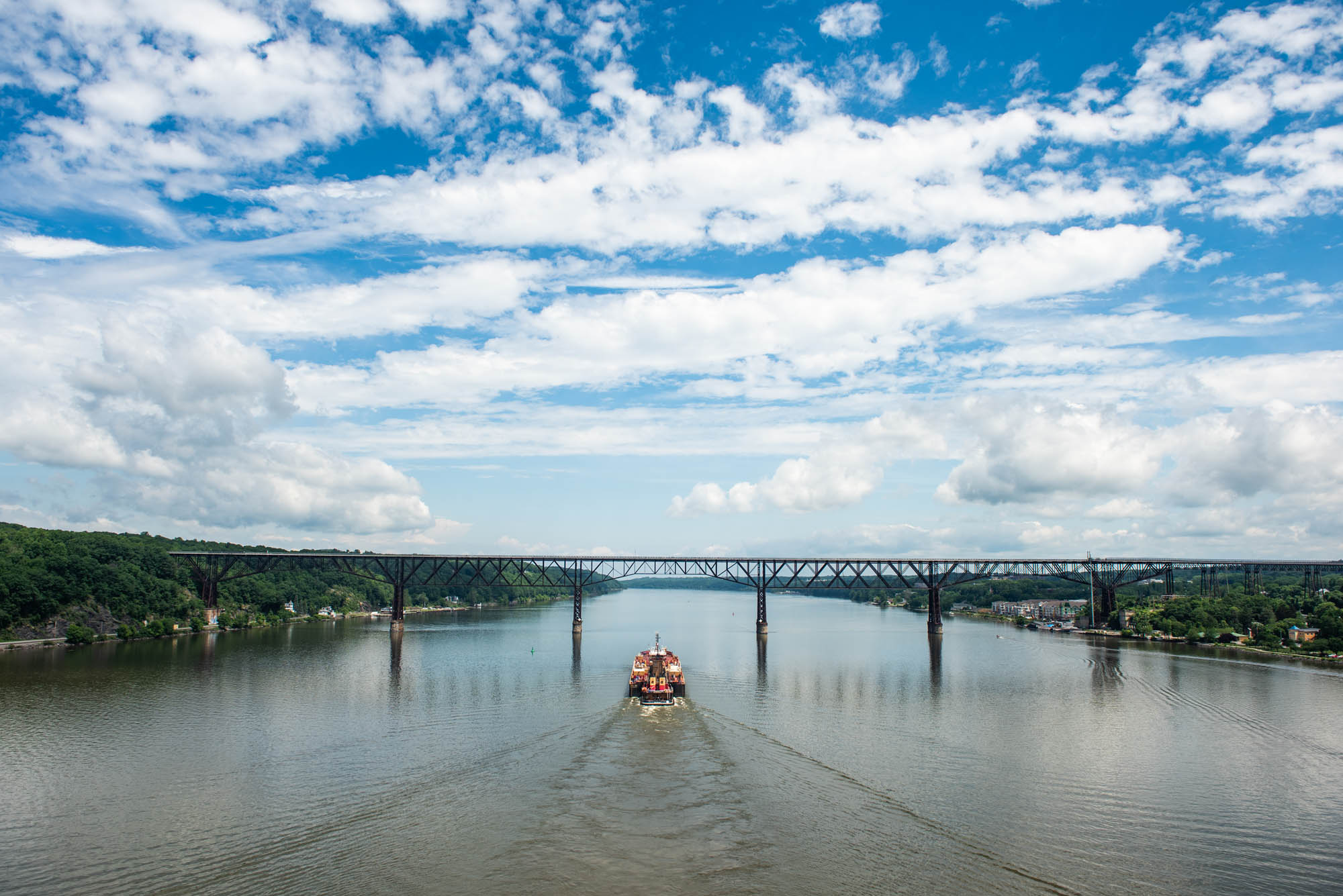 1. Walk over the Hudson River

For one of the best viewpoints in Dutchess County, head right over to the Walkway Over the Hudson. It was once a railroad bridge that connected Poughkeepsie and Highland and was constructed in1889. As cars became more and more popular, it fell out of use and was closed down permanently after a fire in 1974.

Fast forward about 40 years and a group of friends decided to save the bridge and turn it into a pedestrian walkway! It’s now become the world’s longest elevated pedestrian bridge with a path that stretches about 1.28 miles and is part of the Hudson Valley Rail Trail. Be sure to stroll across and take in the views from the middle of the river. 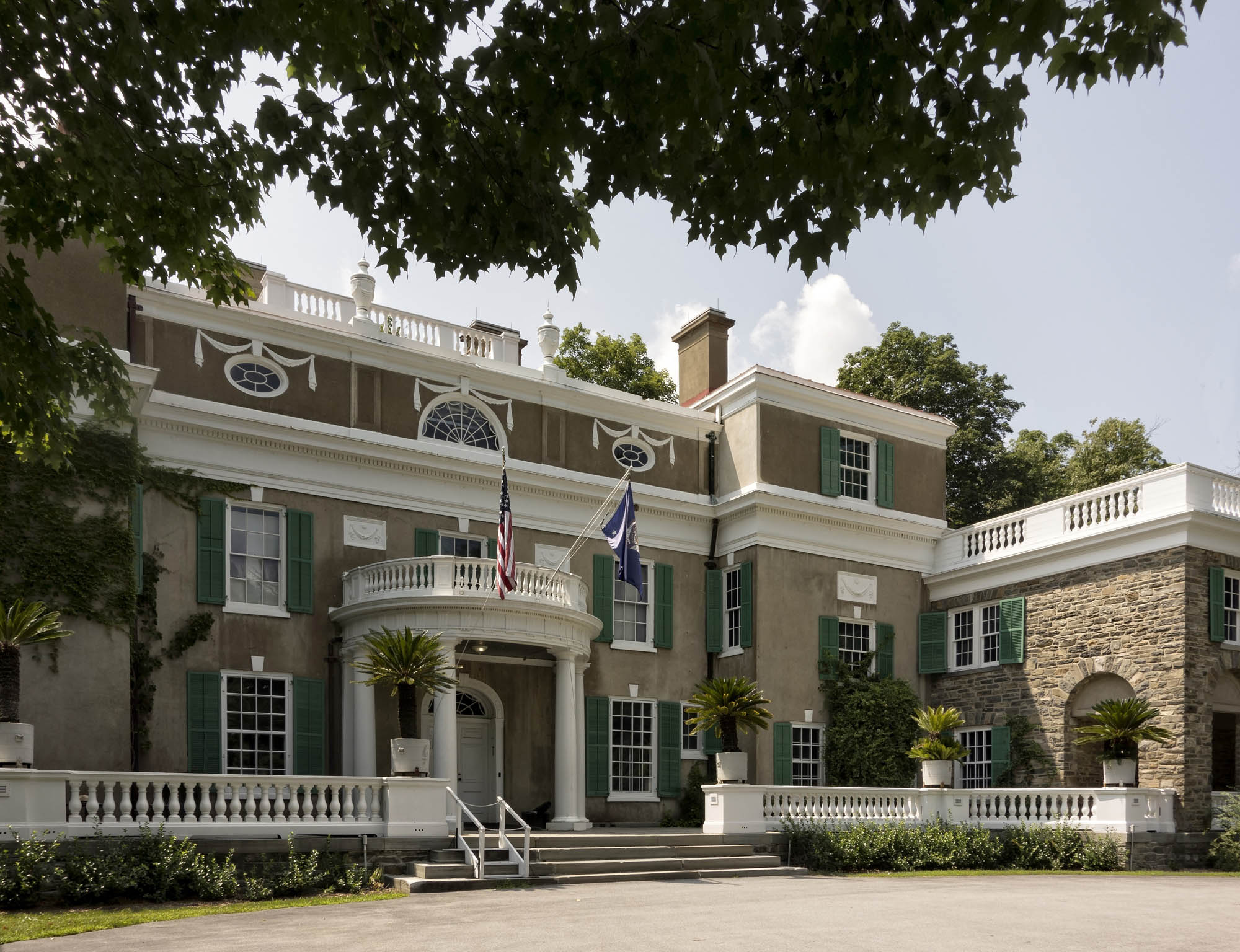 2. Visit the Home of One of Our Greatest Presidents…

No visit to the area is complete without stopping by the Home of Franklin D. Roosevelt National Historic Site, also known as Springwood Estate. F.D.R. has the distinction of being the only president to serve more than two terms, and it’s his leadership through the Great Depression and World War II that has made him a huge name in the history books. After all, this is the president that gave us, “The only thing we have to fear is fear itself.”

President Roosevelt was born in Springwood, and he would eventually move in with his new wife after his father passed. Even as he rose to political prominence and became president, he often returned here and eventually established the country’s first ever presidential library in 1939.

Today, you can visit the library and museum to learn more about Roosevelt’s work and influence. 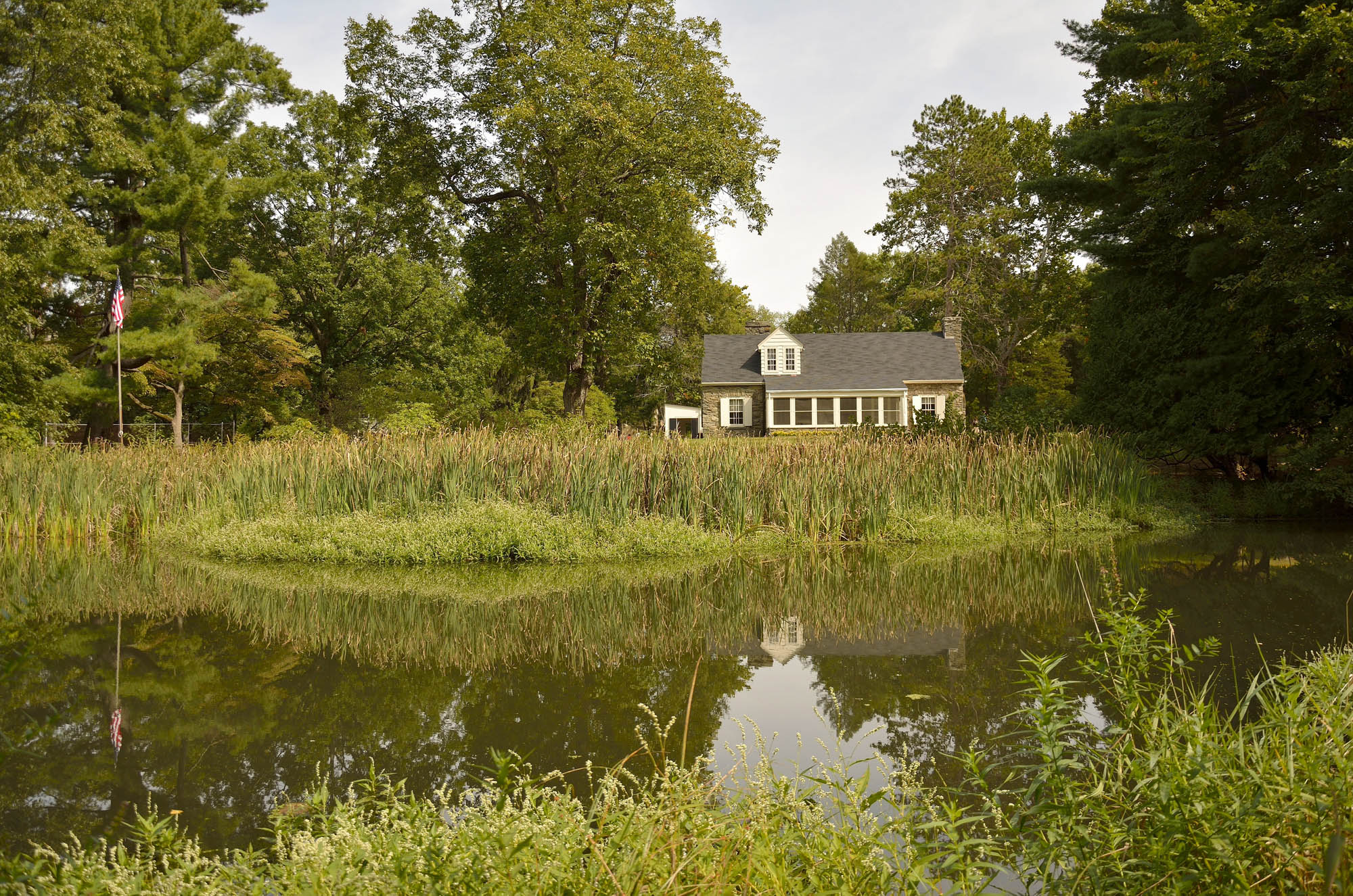 While you’re visiting Springwood, you should also take time to visit the Eleanor Roosevelt National Historic Site. Another distinction of F.D.R.’s presidency is that his wife left an equally significant mark on history. Many of us know Eleanor Roosevelt’s name and remember studying the impact she had as the longest serving First Lady, changing the nature of the role altogether. Not only did she step up in times her husband’s polio held him back, she was an advocate for a wide range of human rights issues well before they were popular.

On the same grounds only two miles away sits what was once her personal retreat and is now a museum in her honor. Named Val-Kill, its unusual shape is because it was once a furniture factory. After the president died in 1945, she moved here full time and often hosted a huge range of guests. It’s the first national historic site to be dedicated to a First Lady,  and it’s free to visit. Start your trip at the Stone Cottage Visitor Center to check out more of the cottage’s history.

If you really want to stretch your legs, you can also walk between Springwood and Val-Kill along the 1.8-mile Farm Lane Trail. 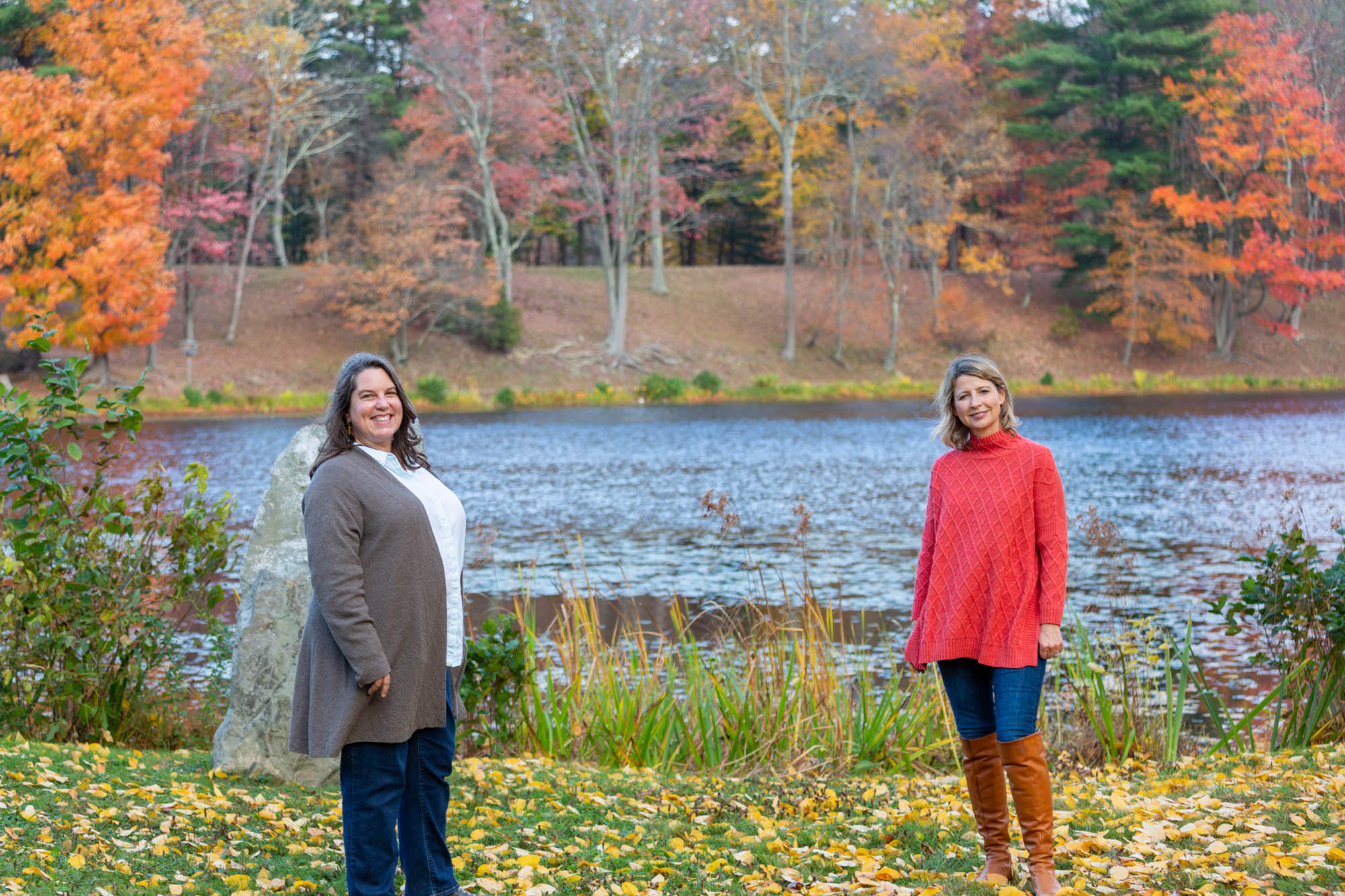 4. Stroll around the Beautiful Innisfree Garden

When it comes to scenic Hudson Valley walks, I have to say the Innisfree Garden might just be my favorite. Situated on 150 acres overlooking Tyrrel Lake, the garden gets its name from “The Lake Isle of Innisfree,” a Yeats poem that describes a longing for an idyllic, peaceful escape while stuck in a city. Pretty fitting for a garden less than two hours away from one of the busiest cities in the world!

The garden began in the 1920s when Walter and Marion Burt Beck began work on their country residence. Walter was heavily inspired by Asian art, especially by an 8th century Chinese artist, Wang Wei, and his famous garden at Wangchuan Villa.

The Becks enlisted help from Lester Collins, a landscape architect who would travel through Asia and even spend a year in Japan studying traditional garden design. Together, the three of them built Innisfree Garden over the course of their lifetimes, leaving it to the public when Collins passed away. The grounds are absolutely breathtaking, so take your time wandering through.

5. Pick up Some Groceries at McEnroe Organic Farm

When it comes to Dutchess County, you’ve got to take advantage of being able to visit any number of farms for fresh produce. I personally loved stopping at McEnroe Organic Farm, which is one of the largest and most iconic farms in the area. What began as a dairy farm in the 1950s transitioned into an organic farm in the 1980s and has continue to set the standard for sustainable farming.

They don’t take their name lightly. In 2007, the created the Model Organic Farm Foundation to help educate the public on what it means to farm sustainably and today they’ve been NOFA-NY Certified Organic for a quarter of a century. Their market is open year round and full of seasonable produce, and they also have the Eatery where visitors can choose from dishes made fresh from the farm.

6. Dine at the Culinary Institute of America

When it comes to eating in Dutchess County, you’re in for a treat as it’s home to one of the most distinguished culinary schools in the world – the Culinary Institute of America. As with most similar establishments, the C.I.A has a teaching restaurant which allows students to get some real world experience while visitors get to experience gourmet fine dining from some future James Beard winners at a fraction of the cost.

The Bocuse Restaurant is located in Hyde Park and named after famous French chef, Paul Bocuse. Its focus is on classic French cuisine but with modern techniques in a casual yet sophisticated atmosphere. Be sure to make reservations ahead of time, and if you’re curious, you can also book an afternoon tour to the C.I.A. as well. 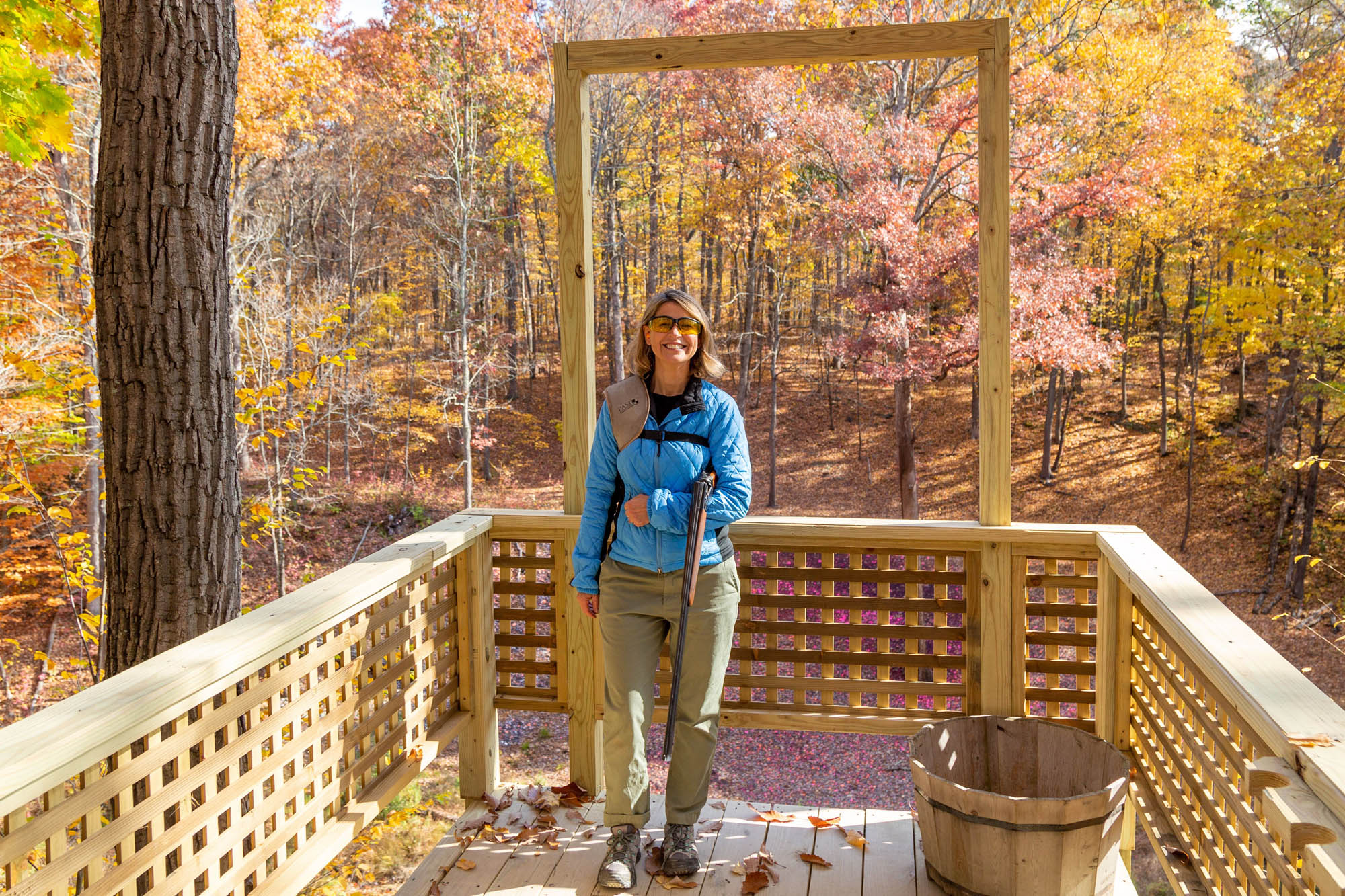 7. Try Your Gand at Some Clay Shooting

Looking to try your hand at some shotgun shooting? Check out the Sandanona Shooting Grounds in Millbrook. It is the oldest permitted shooting preserve in the United States, starting all the way back during Thomas Jefferson’s presidency. With over 200 years of practice, you know they know how to work with all sorts of visitors, especially total beginners.

When you visit, be prepared – shooting is a sport, after all. The grounds span 400 acres with 20 stands. Sandonona doesn’t create any artificial land, either. They’ve built their courses to work with the natural landscape. Choose between two different courses and spend your non-shooting time relaxing on their wrap-around porch. And don’t worry – no animals will be harmed during your excursion. Clay shooting means you’re shooting at clay objects. 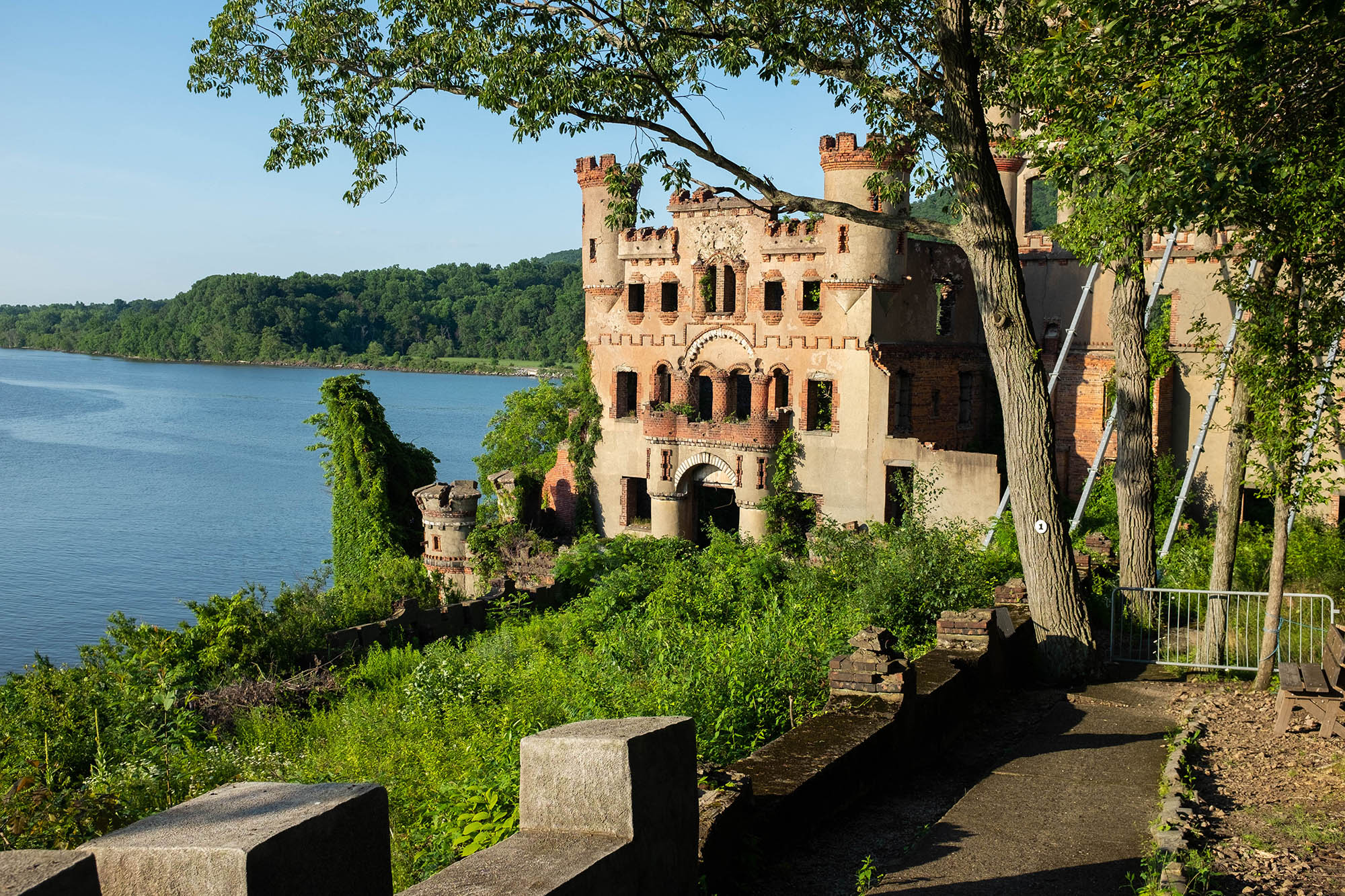 One of the most unique things to do in Dutchess County is to visit an abandoned castle – yes, you read that correctly! Located on the tiny Pollepel Island sits Bannerman’s Castle. Unfortunately, there is no fantastical explanation for why there’s a castle in the middle of the Hudson River. Back in 1900, Francis Bannerman VI bought the island to use as a storage facility for his army surplus business. Based on Scottish castle designs, he designed the castle to be a huge advertisement as it’s easily visible from the land.

Today, the castle lies abandoned and in ruins after a fire destroyed most of the facilities in the mid-1900s, giving it a spooky, haunted atmosphere. To get to the castle today, you can book a cruise and walking tour or kayak over yourself. 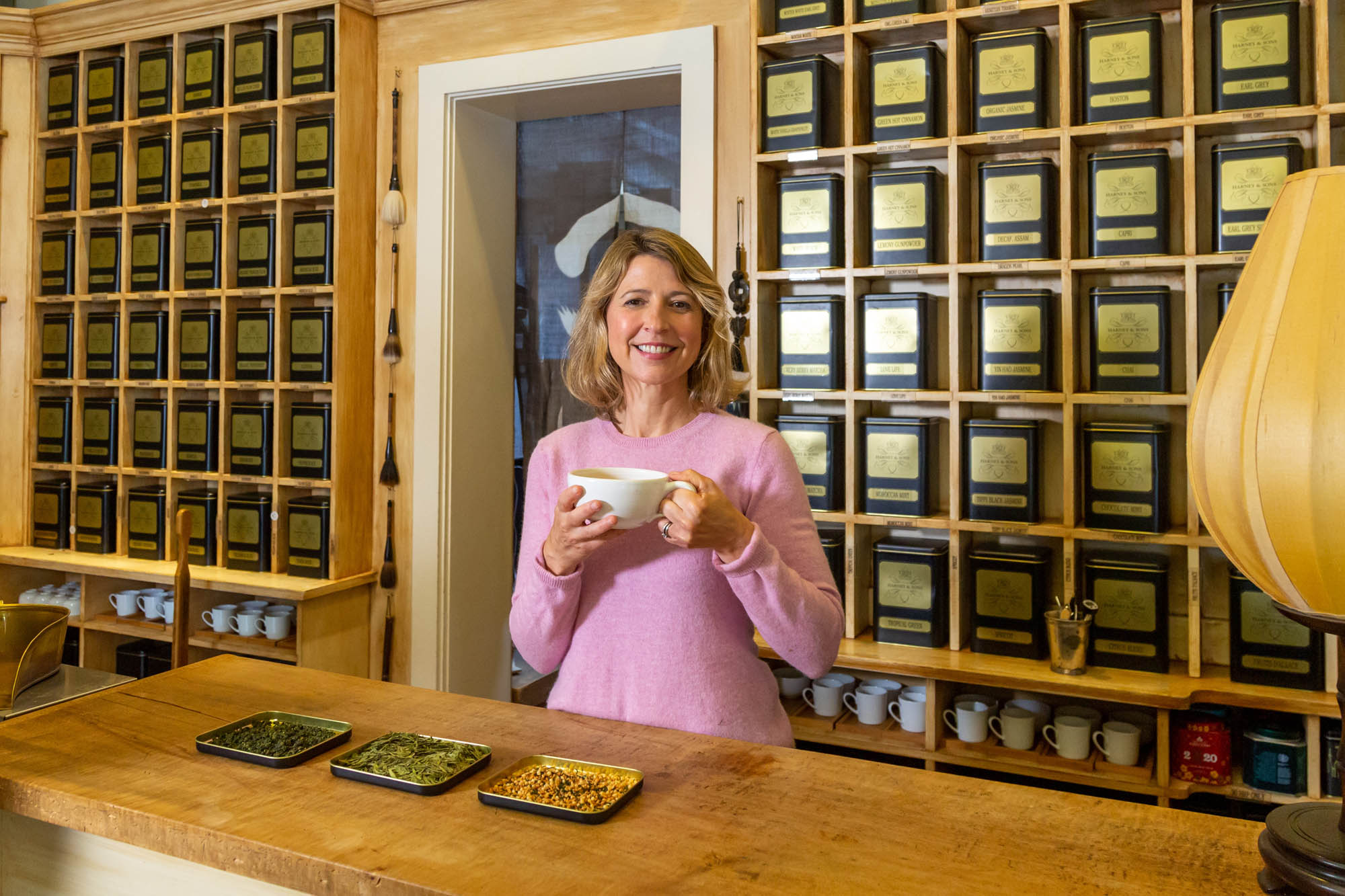 When it comes to tea, Harney & Sons is the gold standard. Over four decades ago, John Harney decided to turn his passion for fine tea into its own business. What started as experimenting with new blends in his basement is now a recognizable Fair Trade Certified™ brand found in boutiques all over the world with over 300+ flavors from which to choose.

As a tea aficionado who even travels with her own cup, I knew I had to visit their flagship location in Millerton. It also has a food menu, so it’s a perfect place to stop for lunch and relax for the afternoon with a steaming cup of tea (or two or three, I won’t judge!). 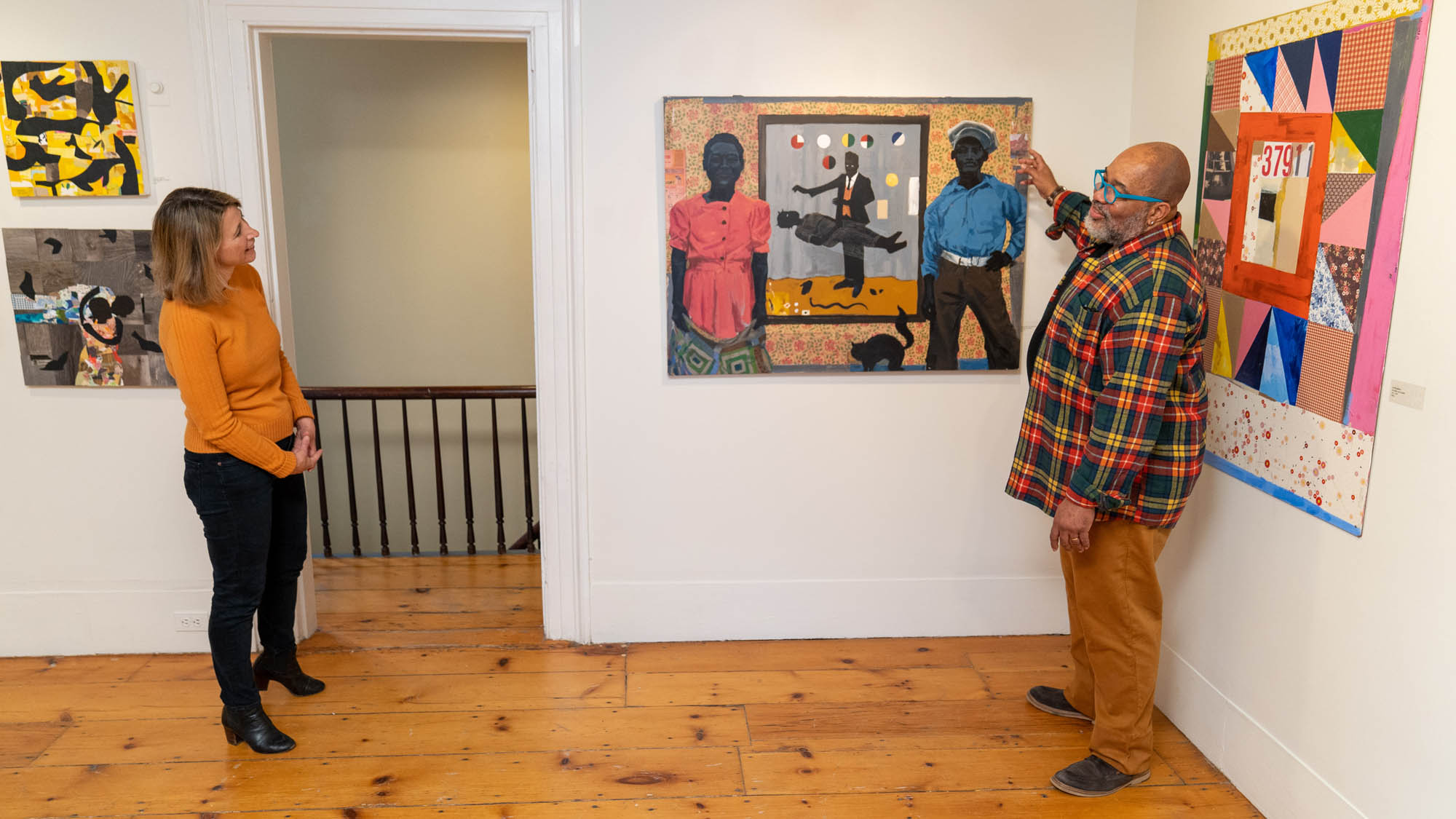 10. Check out the Exhibits at Barrett Art Center

For lovers of art, you’ve got to stop by the Barrett Art Center in Poughkeepsie. Located in a Greek Revival brick townhouse in a residential neighborhood, its aim is to foster a love of visual arts in Hudson Valley. The name comes from Thomas Weeks Barrett, Jr, who once called the center his childhood home. and held found the Dutchess County Art Association.

Check their website for current exhibitions. One of the best things about the center is that entrance is free to ensure that there are no financial barriers to anyone who wants to visit.

And there are some of my top picks for things to do in Dutchess County. From the outdoors to culture and history to fantastic eating and drinking, you might just think of moving out of the city for this place!

If you want to see what else to do beyond these scenic Hudson Valley walks, check out our Dutchess County/Hudson Valley episode of Season 4’s “Samantha Brown’s Places to Love”! 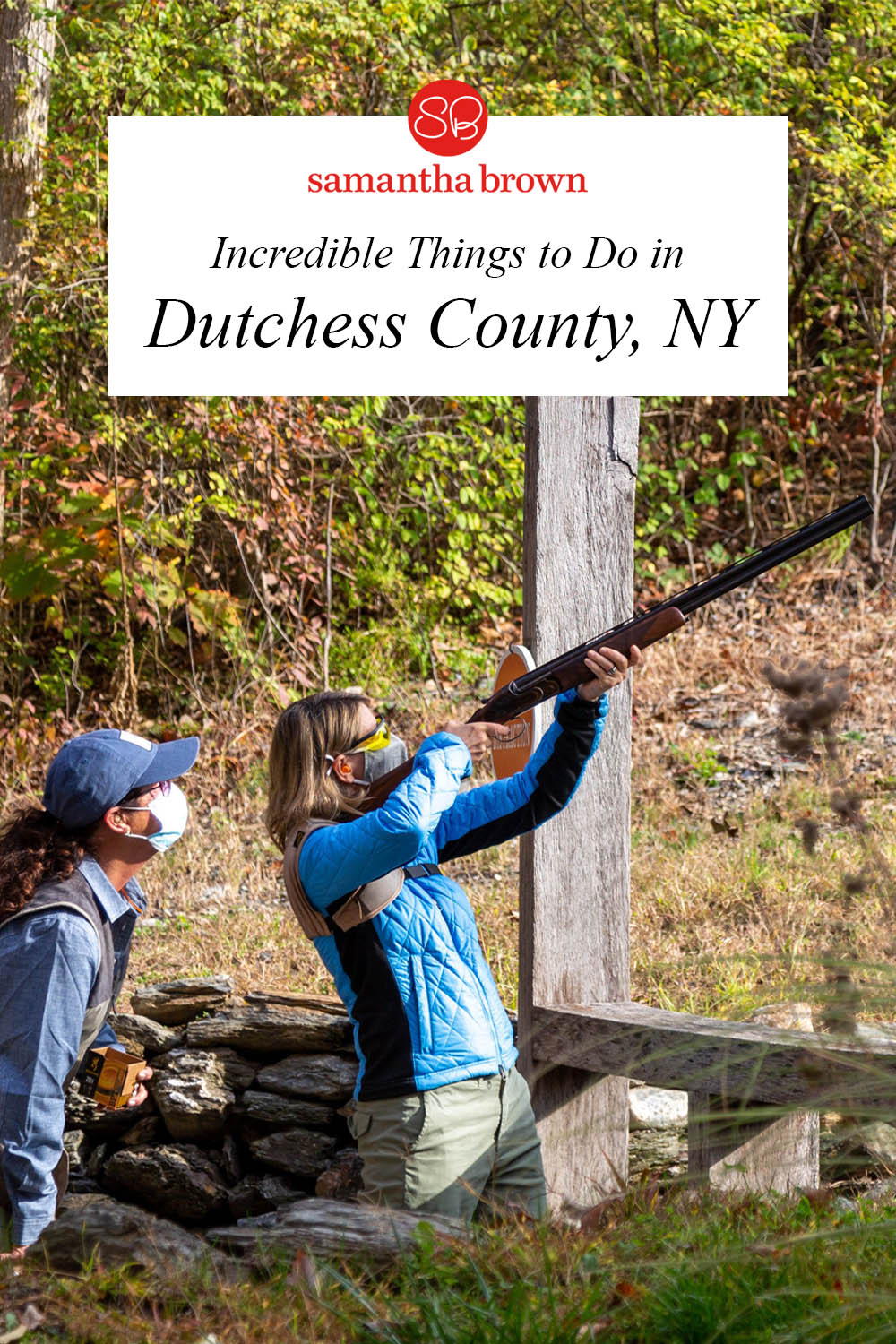 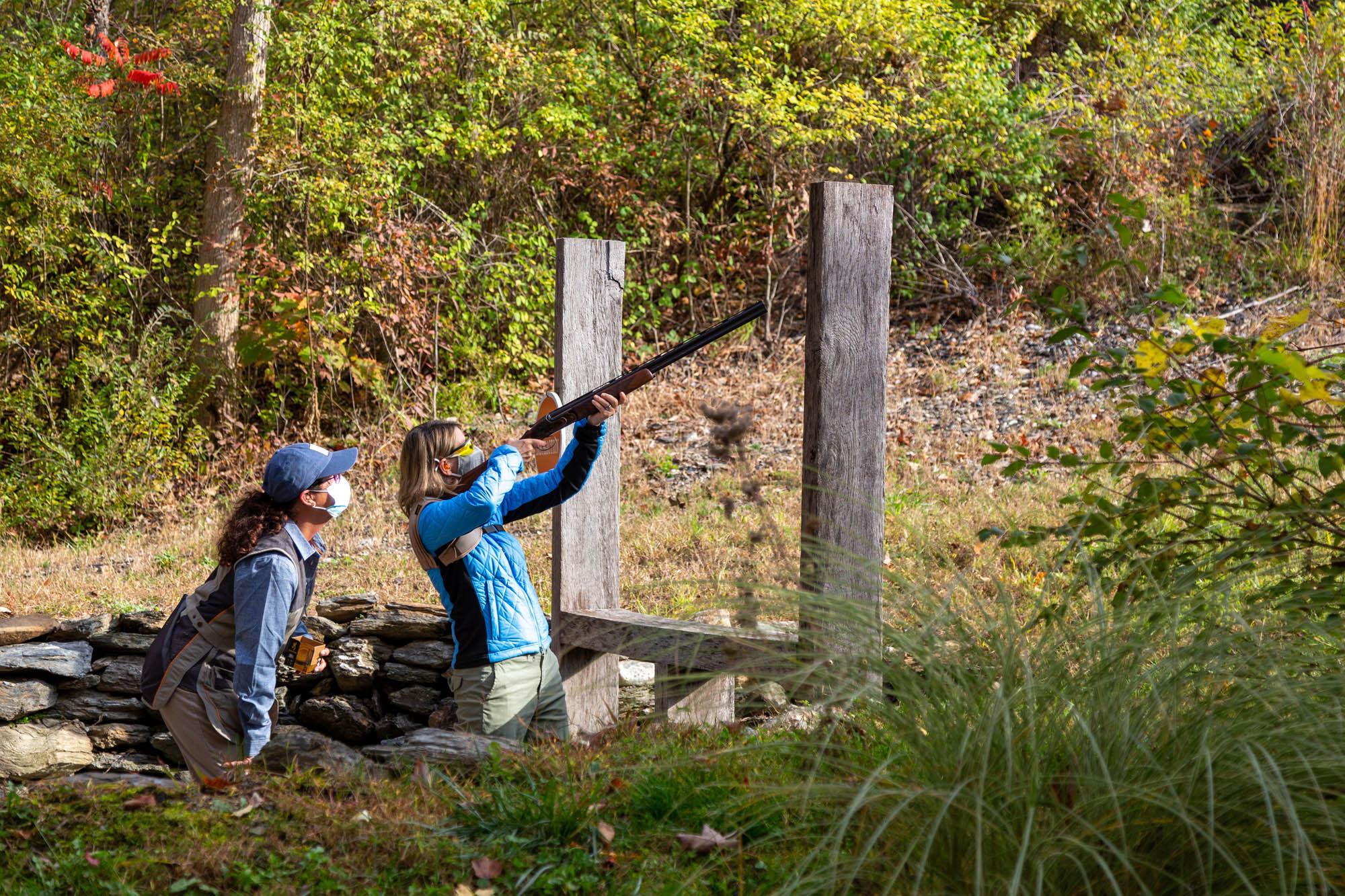