From breathtaking natural wonders to inclusive new creations, there are so many unique things to do in Genesee River Valley, I guarantee you’ll love planning a trip here.

Beginning in northern Pennsylvania and emptying into Lake Ontario, the Genesee River is the only river that crosses New York state completely. The name “Genesee” comes from the Seneca Native American tribe that used to inhabit this region. It means “pleasant banks” which, to me, undersells just how stunning the scenery is here.

All along the river’s 180-mile stretch are some of the most dramatic gorges, incredible waterfalls, and gently rolling landscapes that I’ve ever seen. Its community is full of surprises as they take care to preserve the nature and history that makes this region special while also creating space for the future and encouraging change.

At the heart of Genesee River Valley is Livingston County, which celebrated its bicentennial in 2021 and gets its name from one of the architects of the Declaration of Independence, Robert R. Livingston. Because of its size, it’s able to encapsulate everything from a part of the river to one of the best parks in the country to one of the lakes that make up the Finger Lakes region and much more.

I promise once you begin to explore the region with these below recommendations, you might just fall in love enough that you’ll want to pick up and move here, or at the very least spend a weekend in Genesee River Valley!

Unique Things to do in the Genesee River Valley

1. Witness the Grand Canyon of the East 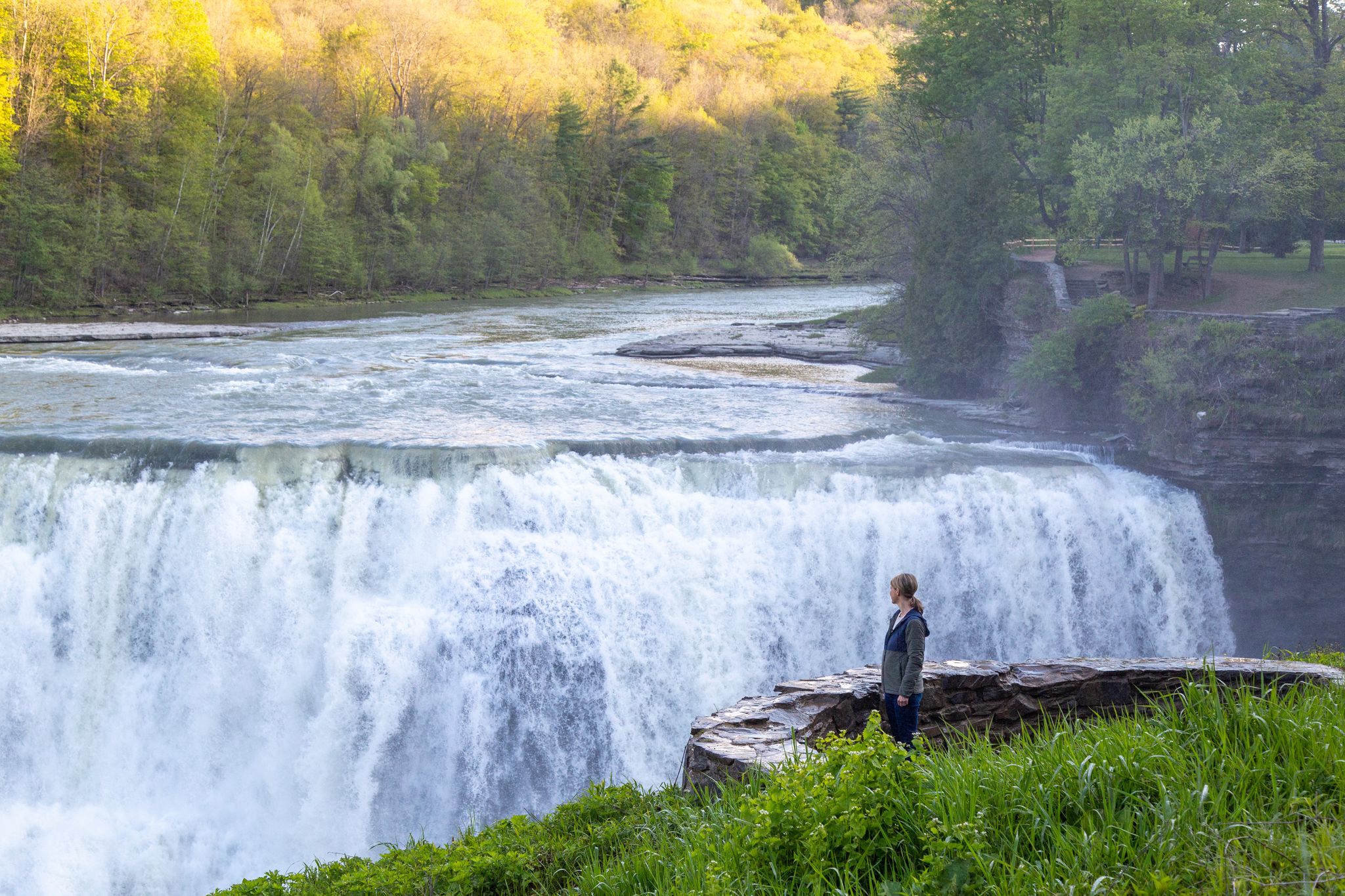 Located in the heart of the Genesee River Valley, Letchworth State Park spans two counties in Western New York and is known as the Grand Canyon of the East for good reason. Stretching along the river for 17 miles, the park features three major waterfalls, known as the Lower, Middle, and Upper Falls, and hundreds of temporary falls depending on the rain.

The Lower falls are the shortest and farthest upstream while the Upper Falls sits at around 70 feet tall and feature an active railroad trestle. The true center of the park is the Middle Falls, which, at 107 feet high, is the largest and most dramatic of the three falls. The Seneca were so in awe of the Middle Falls that they believed “it made the sun stop at midday.” Letchworth also features large rock walls that can rise up to 550 feet, thus making it very reminiscent of that natural wonder thousands of miles away in Arizona.

The park’s name comes from industrialist William Pryor Letchworth, who once owned around a thousand acres near Middle Falls. He understood how special this area was and wanted to prevent the building of dams or anything else that could hurt them long term. When he left the property to New York, he wisely stipulated that they kept the park from any sort of industrialization.

Today, visitors can visit Letchworth State Park and enjoy the 66 miles of trails that take you through the Upper, Middle, and Lower Falls.

Additionally, there are campsites, cabins, pools, and even horse-riding trails. For something really scenic, stay overnight at the historic Glen Iris Inn, which was once William’s residence and is situated on a cliff that overlooks Middle Falls.

2. Visit the Autism Nature Trail, a First of its Kind 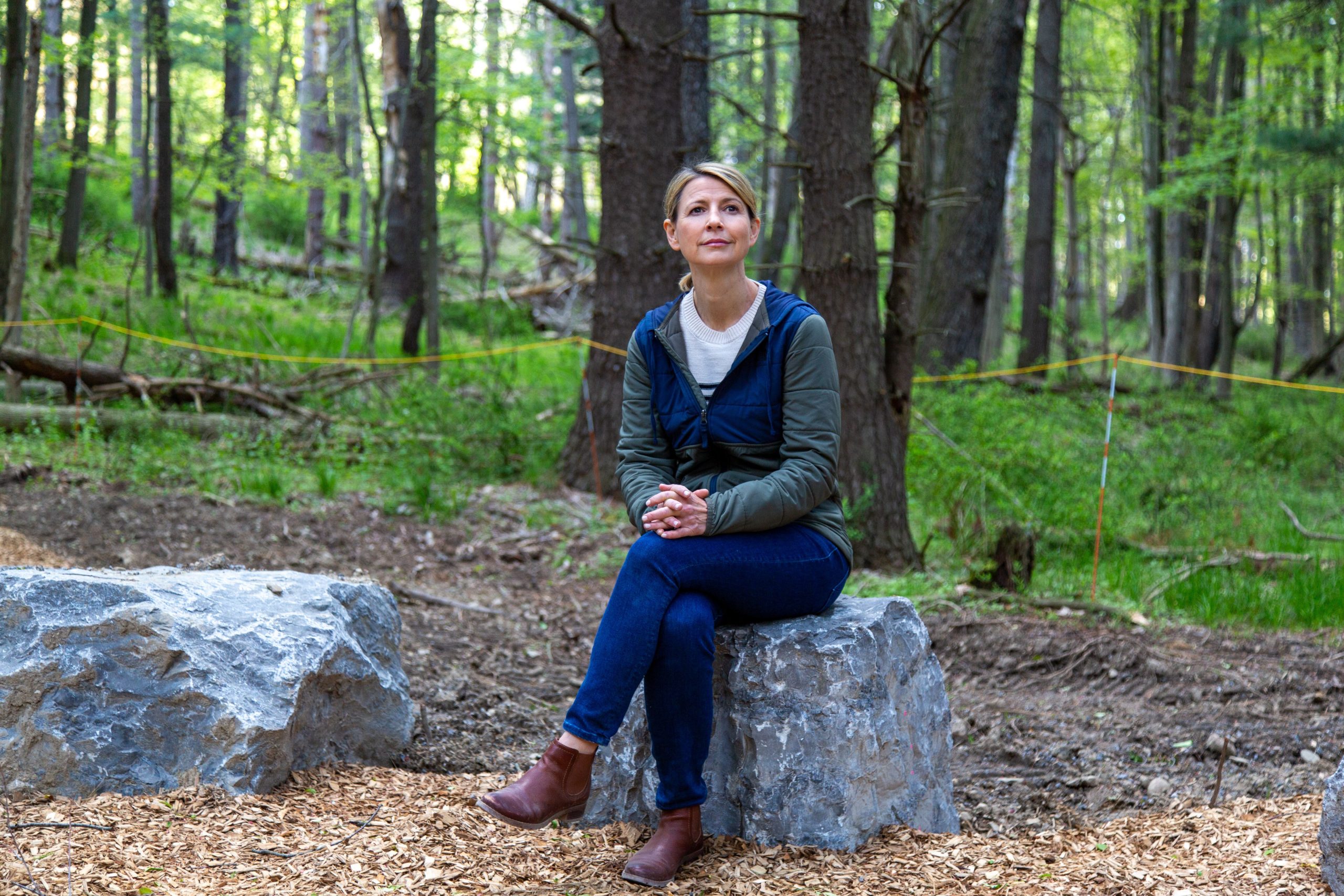 Like I said above, there are 66 miles of trails to really enjoy Letchworth State Park. However, perhaps the most special trail and easily one of the most unique things to do in Genesee River Valley is a one-mile loop known as the Autism Nature Trail (the ANT).

This trail is the first of its kind and, as the name suggests, is specifically designed for people with autism spectrum disorder (ASD) and other developmental disabilities. Its three founders – Gail Seventi, Loren Penman, and Jen Hackett – consulted with many experts including Temple Grandin, and put together a 17-member panel of specialists to create the ANT, ultimately creating different, sensory-oriented stations along the trail.

The stations are called: the Trailhead Pavilion, the Sensory Station, the Sunshine Slope, the Music Circle, the Curiosity Corner, the Reflection Point, the Meadow Run & Climb, the Design Area, the Playful Path, and the Celebration Station.

Each station is designed to increase sensory perception and help visitors practice balance and motor skills in a peaceful environment. For example, the Sunshine Slope is a gentle, sunny maze with a viewing platform so guests can expand their spatial awareness.

Along the whole trail are little rock snowmen to help guide the way, and it overall feels like a trail that encourages empathy. Truly a first of its kind.

3. Visit the Abbey of the Genesee 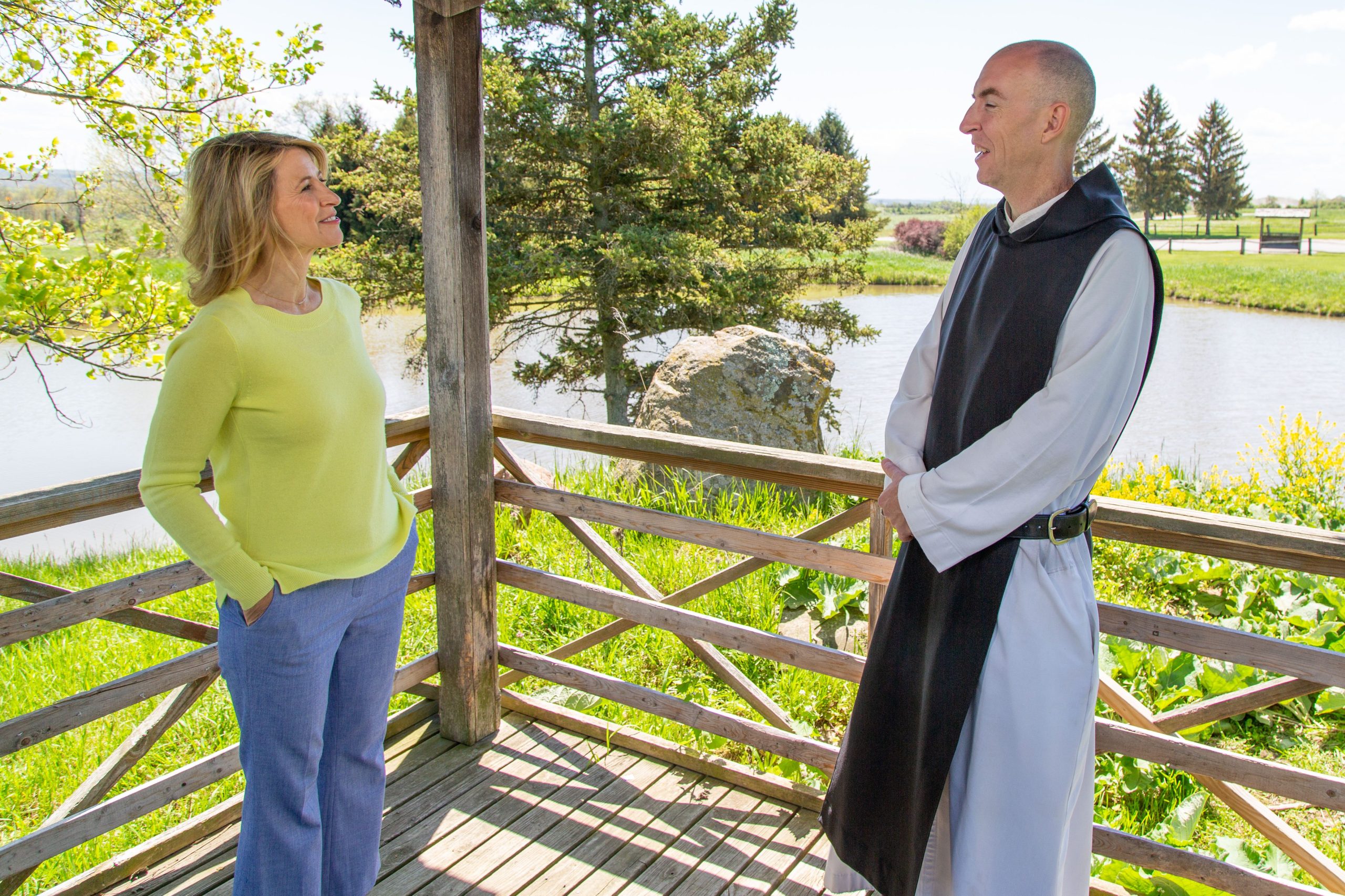 Have you ever visited a grocery store in the US and perused the bread aisle to see a curiously named brand called Monks’ Bread? This isn’t just an unusual name! This bread really is made by monks, and those monks specifically reside at The Abbey of Genesee in the town of York.

The Abbey is a Roman Catholic community that houses over two dozen monks and is an overall part of the global Order of Cistercians of the Strict Observance (OCSO), also known as Trappists. They believe that a stronger union with God comes from quiet contemplation, and they regiment their days between prayer in church and private prayer and work.

Part of that work is their famous Monks’ bread. This practice goes back to the beginning of the abbey in 1953 with Brother Sylvester. Since he used to work as a cook in the navy, he was used to baking hundreds of loaves of bread at a time, something he continued to do with his new brothers. Whenever they shared this bread with visitors, they received requests for more loaves to take home, and soon word got out that The Abbey of Genesee was the place to go for the most delicious loaves you could imagine.

Because the abbey is a cloistered monastery, you cannot simply come and do any sort of tour through the grounds. However, there are a few ways to visit. For those that are practicing Catholics, you can join in with the liturgical prayer at the Abbey Church or even visit for private prayer. If you’re just curious, you can reserve a spot in their meeting room, Merton Hall, to talk with monks about their lives and see a video tour of the abbey. They also, of course, have an on-site store where you can peruse their selection of Monks’ bread, biscotti, and cheese crisps.

And for those who need a proper break from their normal, bustling lives, the Abbey also offers quiet, undirected retreats for a weekend or even up to a week. All faiths are welcome, and the key is to allow guests to seek solitude and stillness while also learning to trust the silence.

4. Wander around The Linwood Gardens 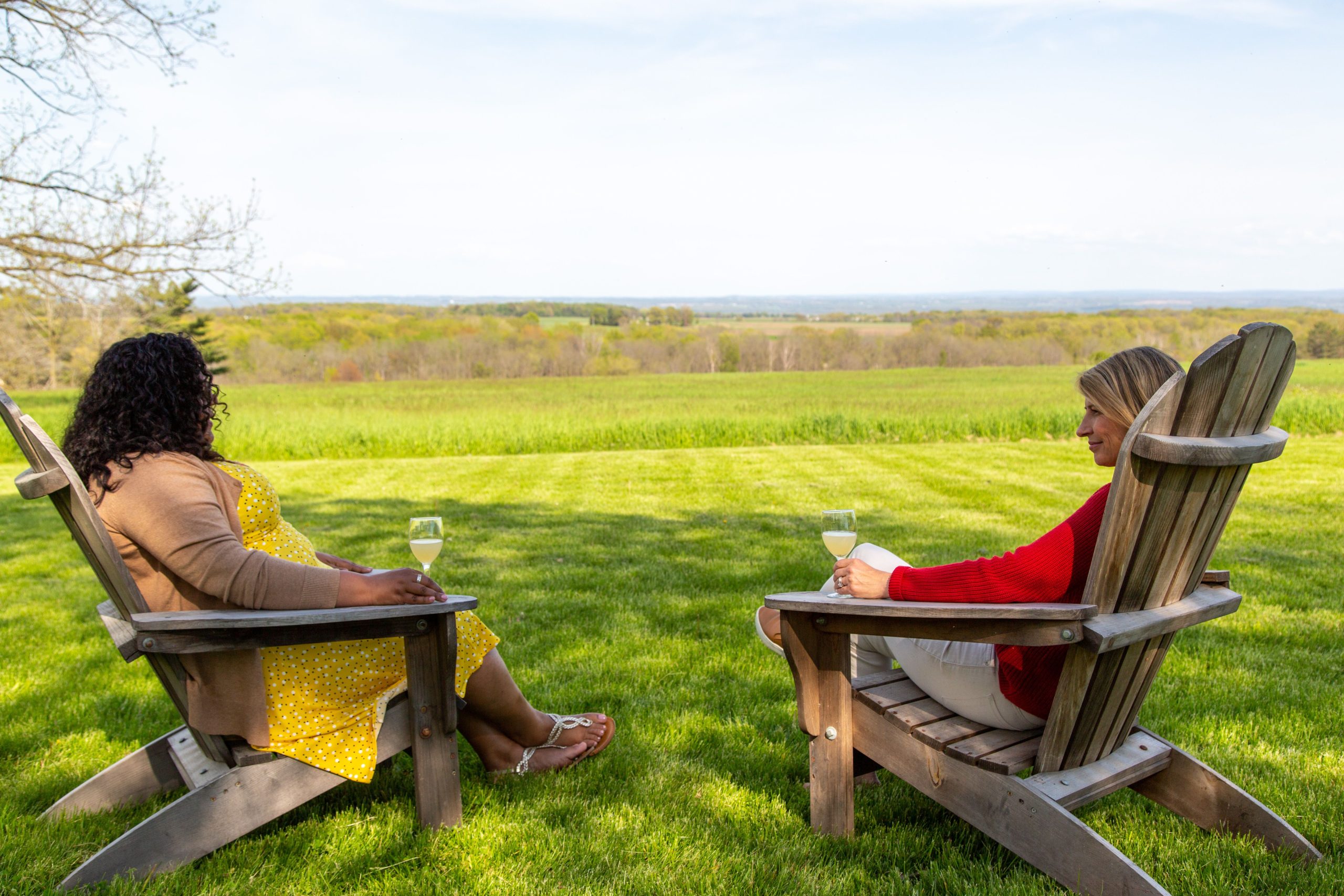 Situated in the town of Linwood, The Linwood Gardens are most well known for their beautiful collection of Japanese and American tree peonies. Its history dates back to the early 1900s when William Henry Gratwick II built the property to act as a country escape from the more bustling city of Buffalo. The property has remained in the Gratwick family, and today his granddaughter, Lee Gratwick lives and works to preserve Linwood. It was Lee’s father, WHG III, who introduced the Japanese Tree Peony to the gardens.

These beautiful gardens surround what’s known as the Summer House, designed with an Arts and Crafts style. Because it’s still a private residence, it’s only open for the Tree Peony Festival in late spring and for specific open garden days and summer workshops throughout the summer. 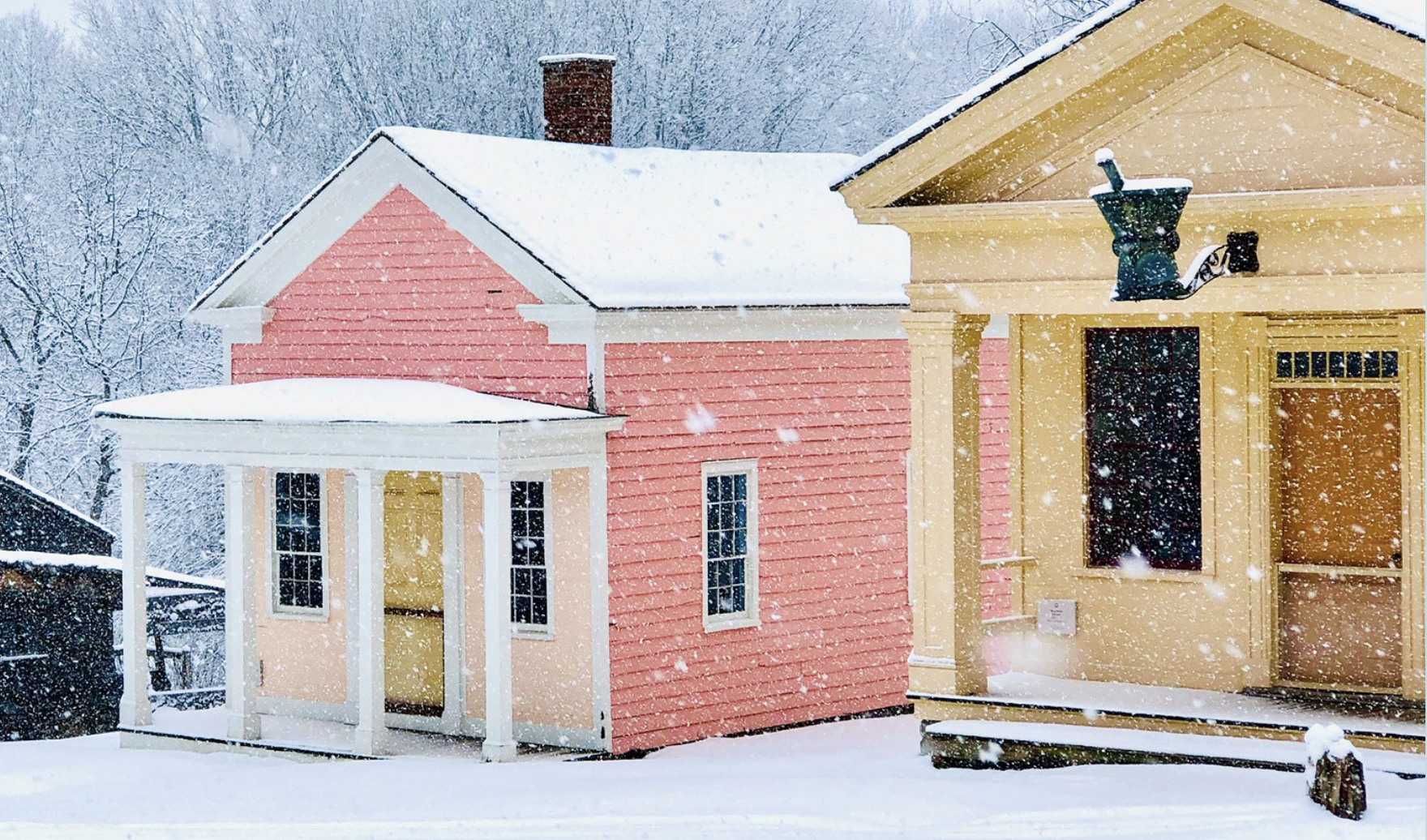 Have you ever wondered what American life in the early 19th century would’ve looked like? Well, you’re in luck! Just pop over to the largest and most comprehensive living history museum in New York State – Genesee Country Village & Museum.

The museum stretches over 600 acres and includes a total of 68 buildings from 11 different counties for guests to visit and witness costumed interpreters showcasing various trades and chores people of the 19th century would’ve partaken in.

Even more fun? Check their calendar to join in on historically accurate events like a pie-making class, a history on tap class that includes a brewery demonstration, and more.

And those are just a few of the incredibly unique things to do in Genesee River Valley! This is a place where everyone is included whether you’ve been here for generations or are new to town. Witnessing the way this community protects its land and how the past is honored as much as the future is encouraged is why I loved visiting and seeing this region for myself. 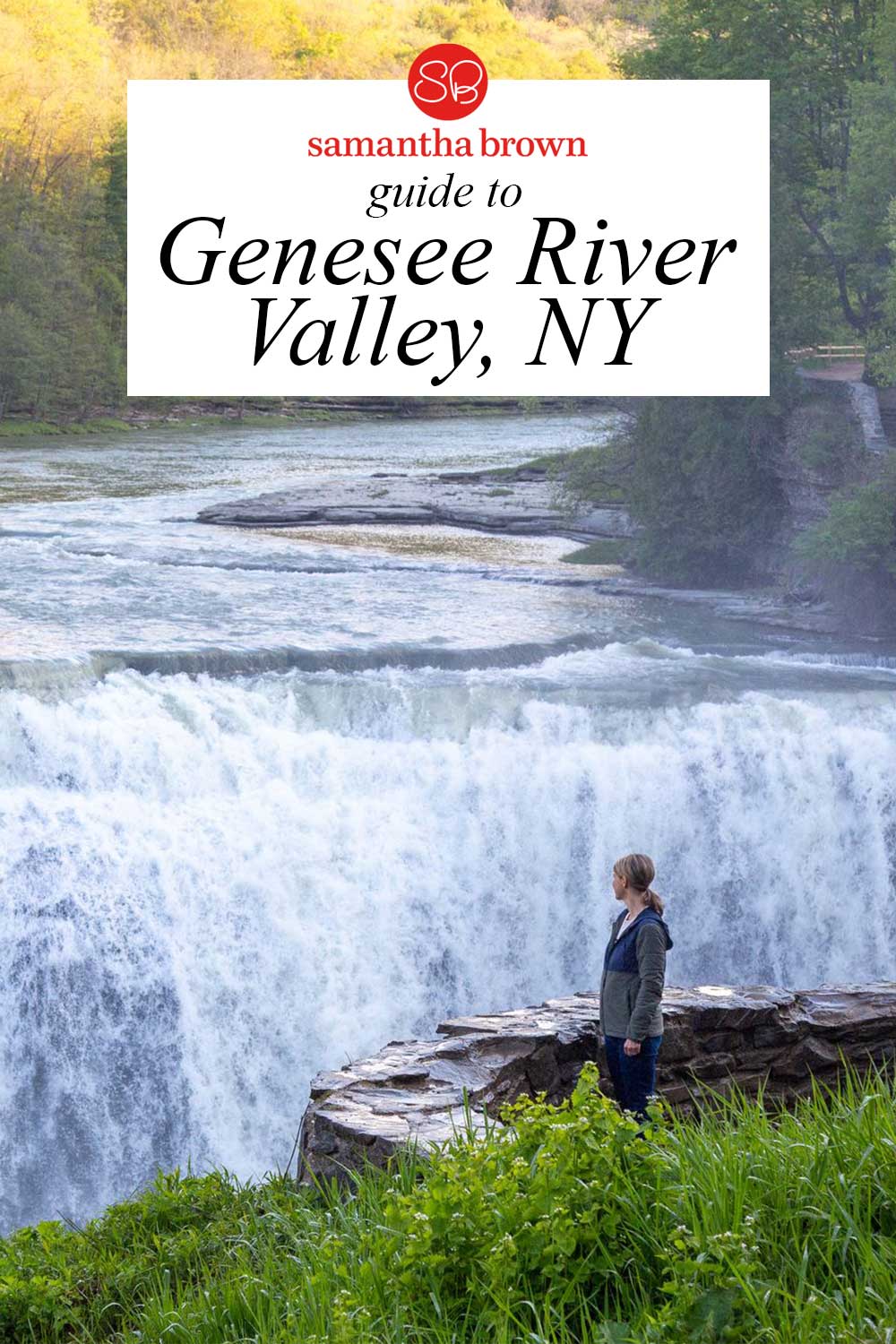 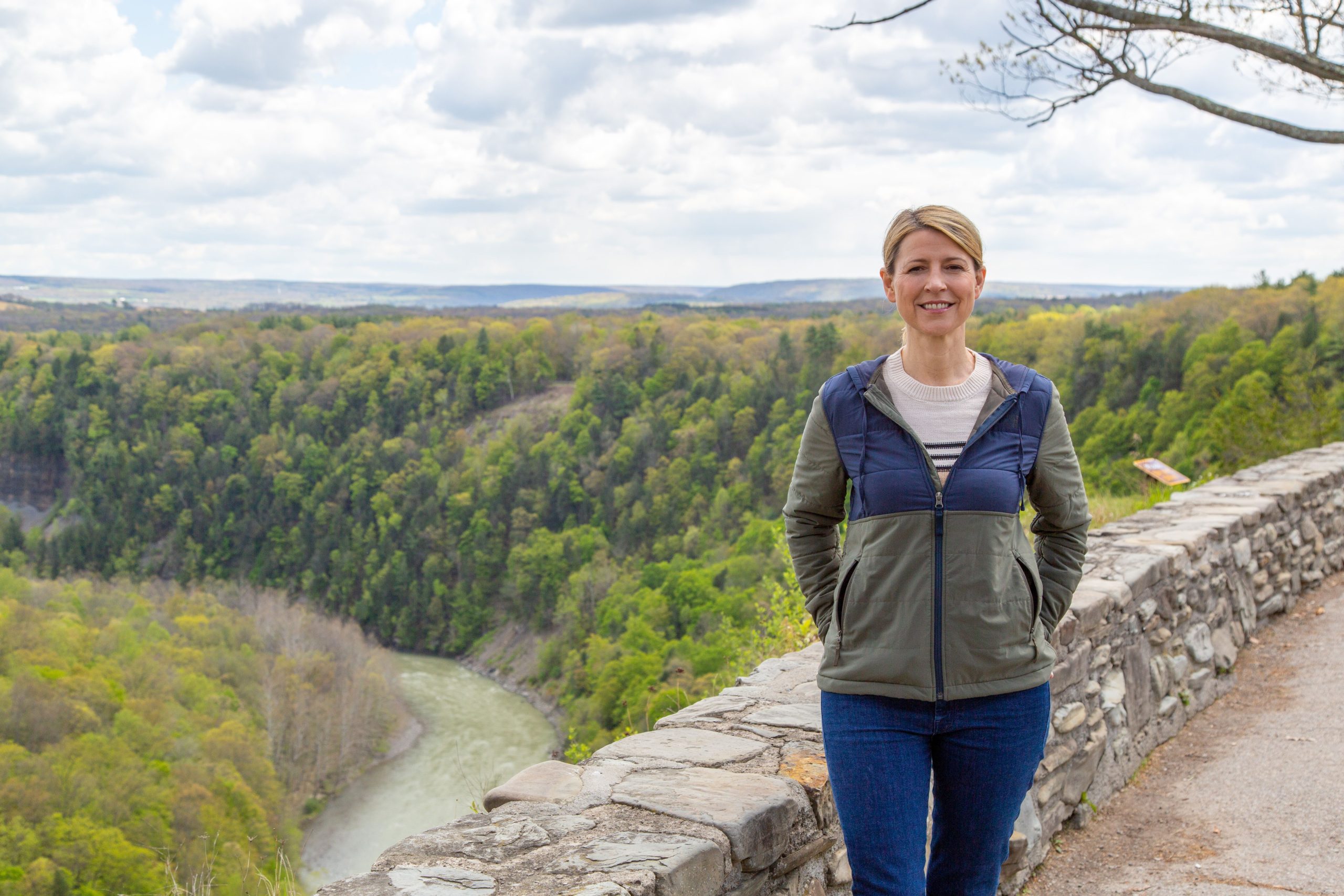