Have Dirndl, Will Travel:

I know the day after I announced my pregnancy isn’t the most appropriate timing for a guide about Oktoberfest, but as you will read all my research was done prior to being knocked up… So for today’s destination I am dreaming of sitting outside in the cool air with all my friends at a huge picnic table drinking a gargantuan stein of German beer. Prost!

Oktoberfest is a Bavarian tradition that goes back over 200 years celebrating the marriage of King Ludwig I and Princess Therese. Since then it has morphed into a massive event that is considered today to be the world’s largest fair and has spin-offs all around the world. And yes “Oktoberfest” is mostly celebrated in September. It’s a true testament to the global phenomenon that everyone wants to be part of a great party. And boy do the Germans know how to party!

Here I am in Munich days before the Oktoberfest in 2004… I hadn’t been to a real Oktoberfest before and it was amazing seeing the size of how massive the one in Munich is. Unfortunately we couldn’t stick around to witness it ourselves. As you can see in the photo I was practicing my stein drinking back then!

So fast forward 7 years to 2011… I had the honor last year of being a Grand Marshall at the New York German-American parade and Oktoberfest. My mother’s family is German so that qualified me! The day started with a leisurely stroll up 5th Ave with my fellow Grand Marshalls, waving to all the parade watchers.

We then went into the grandstand and got to see all the amazing different bands, performers and floats go by.

But the best thing was after the parade… We all went into the Central Park Oktoberfest itself. Everyone was dancing and having a great time listening to live bands playing, even the kids were having a blast. I never would have expected Oktoberfest to be a family event, but it most certainly is.

Another great thing about Oktoberfest and really any German beer hall is that when you sit at a big table together with strangers you end up being friends fast. There is even a German word for this, Gemütlichkeit, which you can easily say after 3 liters of German beer.

They then asked me to go onstage and take part in the “Masskrugstemmen” competition. Basically you have to hold a large 1 liter stein of beer straight out from your body without bending your arm. Last one to drop their arm wins. Sounds easy right?! Not on your life!!! I lasted a respectable 2 minutes, these guys went for what seemed like 20!

Then I was asked to perform the task that everyone dreams of… Yes to tap the official Oktoberfest keg!

a)      Never been to any Oktoberfest… anywhere

New York City: The 2012 event is this Saturday, September 15th with the parade starting at noon up 5th Avenue from 68th to 86th Streets. The parade will be broadcast on PBS in the tri-state area if you can’t make it to the city to enjoy it.  Tickets for the Central Park event are sold out this year (note to self: book tickets for next year in June). More info

Munich:  The granddaddy of them all runs this year from September 22nd to Oktober 7th. If you go, make sure to book reservations ahead of time. Those massive tents fill up!  More info

Where is your favorite Oktoberfest spot?  Share in the comments below. 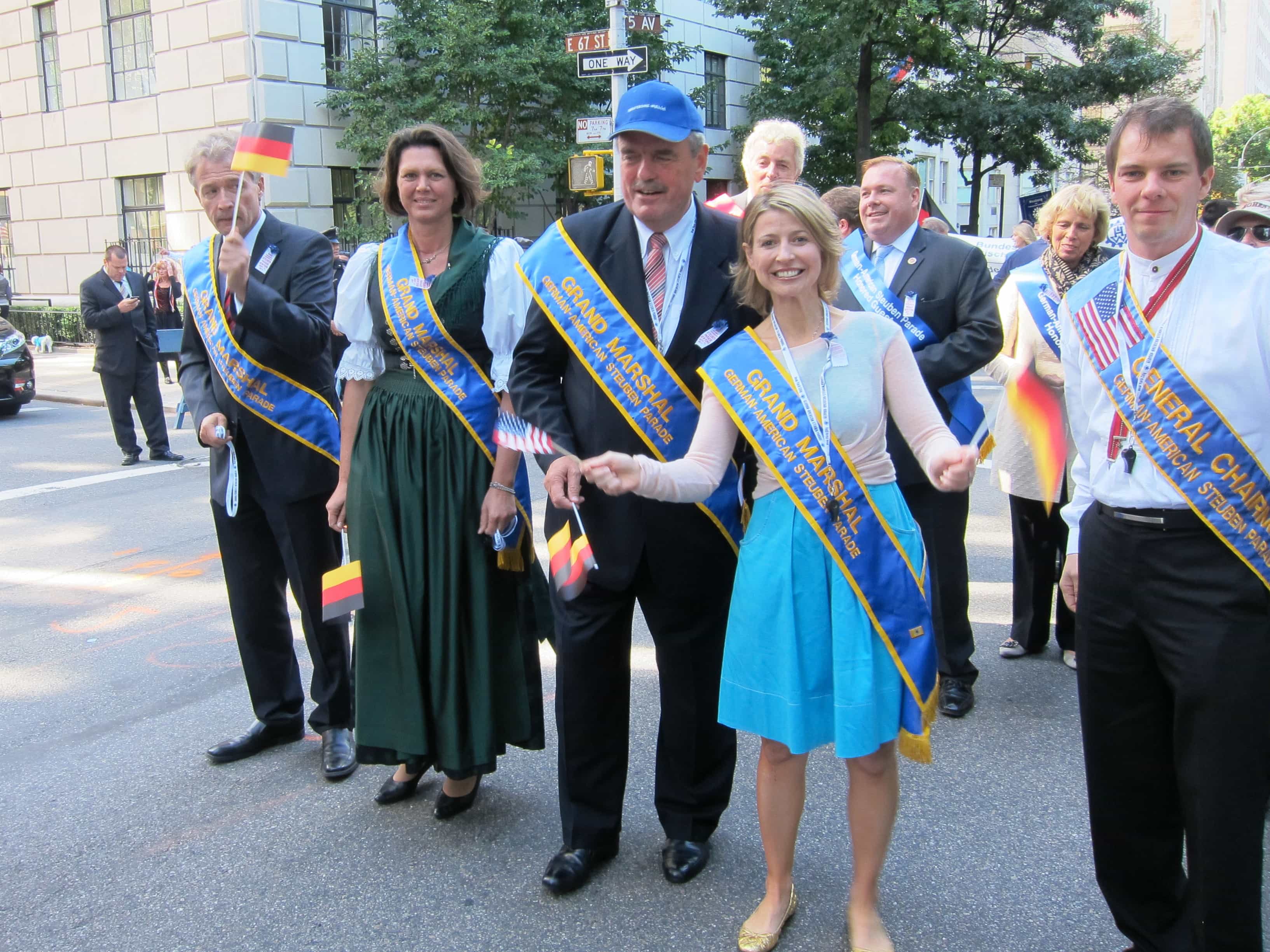