Every fall, my social media feeds are packed with photos of apple picking, pumpkin patches, cider drinking and, of course, the #PSL (<<< that’s a pumpkin spice latte). It’s got me thinking about which fall fruit rules this time of year. Yes, pumpkins are a fruit—trust me, I googled it. Without further ado, here’s how these two fall favorites stack up. 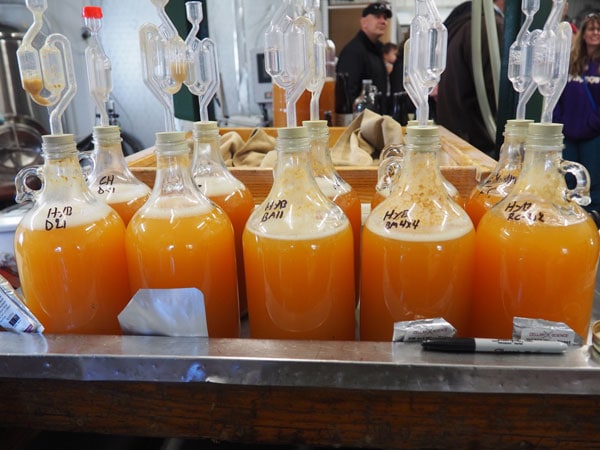 I like to switch up my adult beverages when fall hits to embrace the season. So, what’s my go-to: hard cider or pumpkin ales?

Hard Cider
There are many ways to enjoy fermented apple juice, but my top choice is heading to an orchard that also serves cider. Sweetland Orchard in Webster, MN, certainly fits the bill. This family-owned and operated orchard doesn’t do a corn maze, hayride, or petting zoo. Instead, they focus on making their ciders. They specialize in scrumpys, a cider made from unselected apples. Unfiltered, tart, and dry, their original scrumpy is a fun to drink!

Another spot for cider? Wyndridge. Located in Dallastown, PA, Wyndridge is a sprawling farm specializing in hard cider. It’s got that upscale barn vibe—a fun place for food, live music, and cider. Try the hopped cider, a semi-sweet cider made with crisp apples and quality hops.

Pumpkin Ale
As for pumpkin ales, many a brewery has hopped on the pumpkin train (no pun intended). To be honest, few do it well—but there are some worth noting! Tommyknocker Brewery in Idaho Springs, CO, does a seasonal Small Patch Pumpkin Ale: a hearty brown ale brewed with a hint of spice and a touch of molasses, and real pumpkin to the mash. Boston’s Harpoon Brewery offers their unfiltered UFO Pumpkin brew seasonally. Malty, this ale is more subtle than most, with hints of pumpkin spice.

Fermented apple juice has been a thing for eons. Whether it’s a sparkling cider, apple ice wine, or a light, bright pint of cider on a crisp autumn day, delicious apple drinks just work. Beer is great, and so is pumpkin. However, very rarely does pumpkin even make sense in a beer. Stop trying to jump on the pumpkin spice bandwagon, breweries. Your beer is great all on its own! 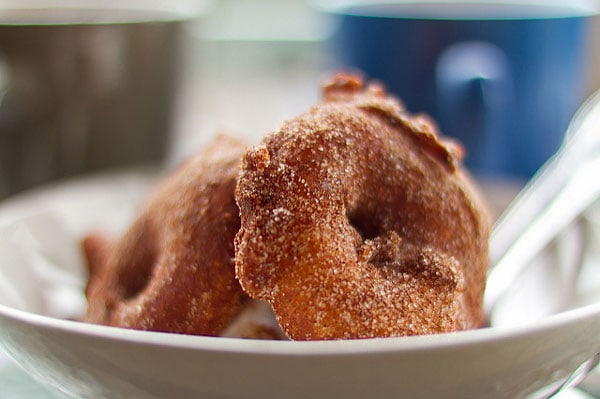 Anyone who follows me on social media knows I am a fool for a donut. But which seasonal treat takes the autumnal cake: apple fritters or pumpkin doughnuts?

Apple Fritters
I love a good apple fritter.  Voodoo Doughnuts, the Portland shop with a cult-like following, does a fairly straightforward version. Surprising for a shop known for their crazy creations, this bakery’s apple fritter is simply fried dough with apple chunks and cinnamon, topped with a glaze. Hey, if it’s not broken, why fix it? Minneapolis-based Glam Doll Donuts does a slight twist on apple fritter. The Pin Up Girl’s sugary homage to the apple is spiked with bourbon and topped with bacon. It’s delicious.

Pumpkin Doughnuts
When it comes to doughnuts, there are all sorts of ways to infuse pumpkin. For a really festive version, check out Donut Bar’s pumpkin pie donut—topped with cream cheese frosting and whipped cream. With locations in San Diego and Las Vegas, you’re twice as likely to stumble upon this delicious fall treat. Philly’s Federal Donuts’ Great Pumpkin Roll: a pumpkin donut topped with cream cheese icing and toasted pepitas.

You can’t go wrong with apple fritters or pumpkin donuts. However, the charitable component from Federal boosts pumpkin with feel-good points!

Both are quintessential fall activities. But which is better? 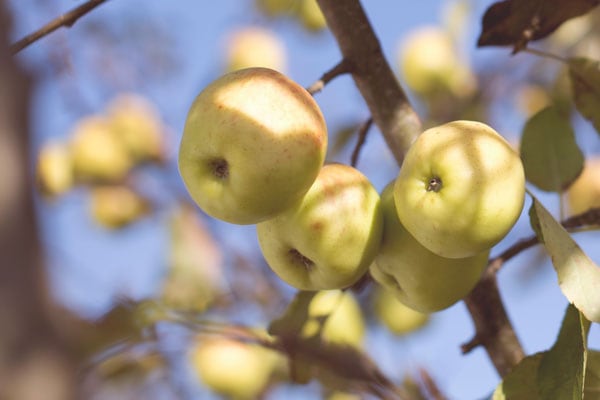 Apple Orchards
I love apple picking, and there are so many excellent places to go in Dutchess County, just a short drive from New York City. Fishkill Farms offers apple picking, doughnuts, cider, apple brats, and hayrides on the weekend. Bring the whole family for some Norman Rockwell-esque good, clean fun! 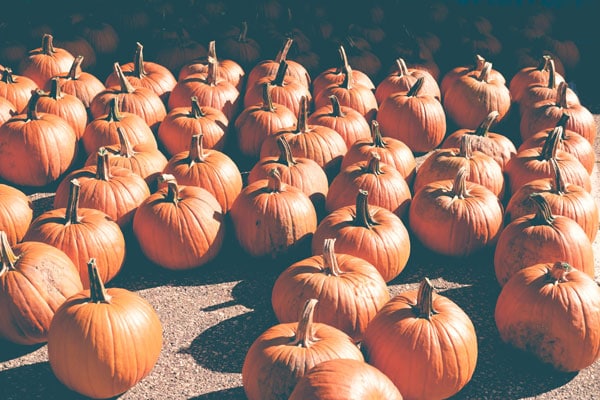 Pumpkin Patches
Pumpkin patches are great, too. Whether it’s your town’s local patch or a big to-do, there’s something so joyous about watching your kids pick out their pumpkins. Or picking out your own pumpkin– no judgment! For one of the most elaborate pumpkin-picking experiences, check out Bengston’s in Homer Glen, IL. Not only can you pick your gourd from amongst a “billion gazillion,” but they offer treats, pony rides, and camel rides. You can’t make this up!

Both are equally great fall activities—how could you possibly pick one over the other? Of course, the dream of a perfect fall day with your kids will make you forget all the apple and pumpkin picking realities… Like the fact that the drive to the orchard will take so long that your kid will miss nap time, and you’ll end up trying to carry a bushel of apples and a screaming toddler to the car. Or that once you get that pumpkin home, your kid will lose interest in carving about three minutes after you start, and you’ll have to do the whole dang thing yourself.

But I guarantee I’ll take my kids to an apple orchard or pumpkin patch this year, and we’ll get that perfect family photo. You know, to share on social media!

What’s the best fall food in your opinion? 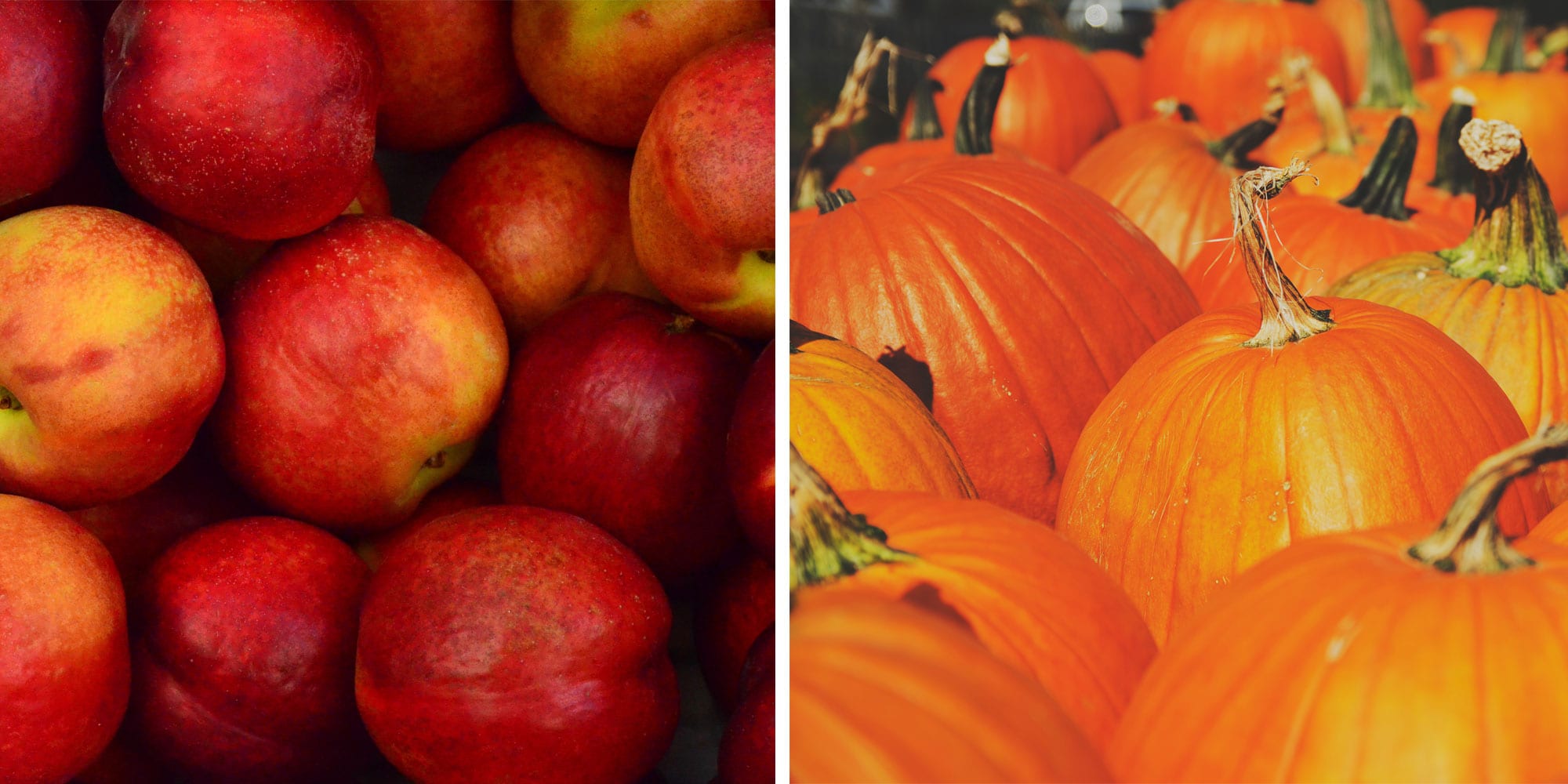