Going to the fair is always a fun summertime activity.  There’s live music, crazy deep-fried foods, extreme rides and contests for just about anything imaginable.  While you may have visited your local fair, there are some state fairs that are worth a visit if you happen to be in another state or nearby.

Here’s my list of top state fairs that you shouldn’t miss if you are anywhere near:

One of the oldest state fairs in the country (1854) and listed in the book “1000 Places to See Before You Die,” the Iowa State Fair is a classic known for its food and butter sculptures.  The world famous Butter Cow is a staple at the fair, made from an estimated 600 pounds of butter.  You can purchase 70 different foods on a stick (such as deep-fried Twinkies) from the 200 food vendors. Dates: August 13-23, 2015 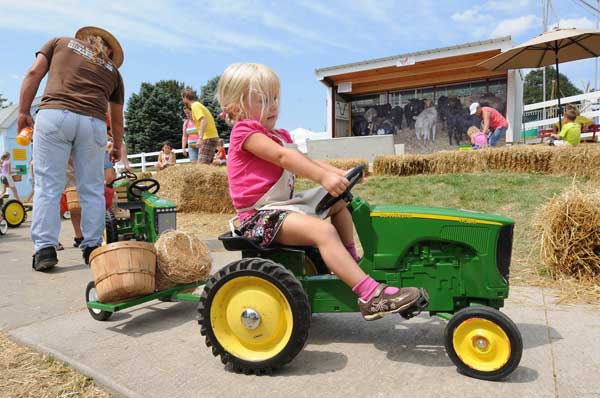 Ohio really knows how to celebrate its annual state fair in style.  Alongside classic agriculture exhibits, you’ll enjoy top entertainers such as Jake Owen, Peter Frampton, Meghan Trainor, REBA and Patti LaBelle.  If you’re going with kids, be sure to check out the gigantic Lego Train display and visit the Monster Mural where your little artists will have a chance to paint the mural of the day.  Dates: July 29-August 9, 2015 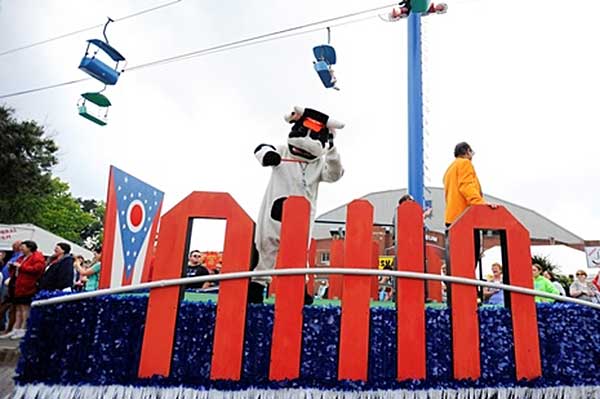 Everything is bigger in Texas and the state fair is no exception.  The fair even has its own giant mascot named Big Tex who is 55 feet tall, wears a 95 gallon hat and size 434 x 240 jeans.  See the fairgrounds from high above when you ride the 212 foot tall Texas Star Ferris Wheel.  Fried foods are celebrated and showcased with Big Tex Choice Awards and everything from fried beer to peaches face off to win the exclusive honor.  Dates: September 25-October 18, 2015 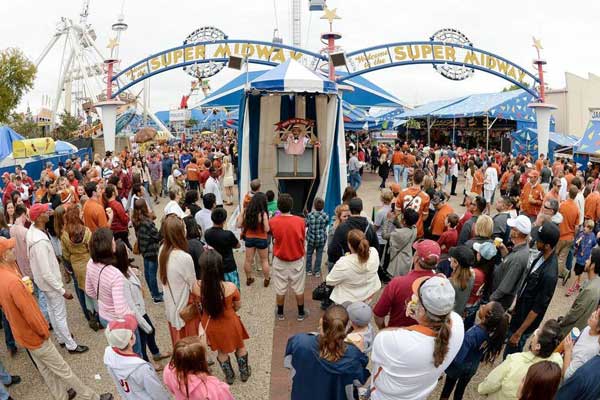 You can count on the Kentucky State Fair for horses, food and live music. Mark your calendar and attend some of the World’s Championship Horse Show, the richest and most prestigious Saddlebred horse show in the world.  More than 2,000 horses compete for over $1 million in awards. For free live music, visit the music and food tents and the Turf Concert Series at Cardinal Stadium. Dates: August 20-30, 2015 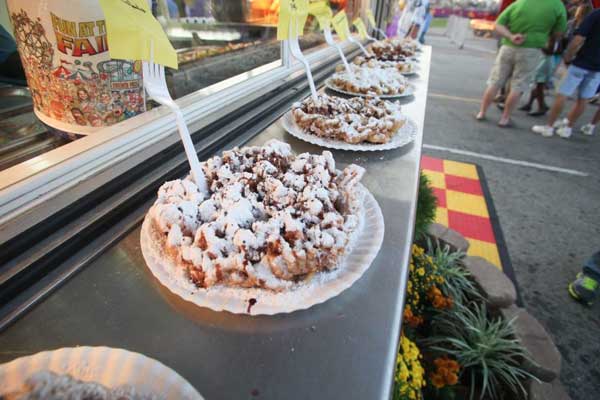 Featuring three weeks of live thoroughbred racing, including two stakes races, grab your friends and head on over to the California State Fair.  After you watch the horses run you can taste your way through the best craft brews in California at the Best of California Brewfest.  If that’s not enough excitement, you can watch Sac Republic Soccer, Drone Racing, Rugby, and Motocross.  Dates: July 10-26, 2015

If you’re a state fair goer who likes to keep it simple and relaxed, then you’ll be a fan of the Minnesota State Fair in St. Paul.  Check out the daily parade that honors Princess Kay of the Milky Way and her butter statue likeness.  Take part in the Giant Sing Along which is one of the biggest in the country and they publish the songs so you have time to practice.  The grandstand features top entertainers and bands such as Def Leppard, Styx, Carrie Underwood and Alan Jackson. Dates: August 27–September 7, 2015 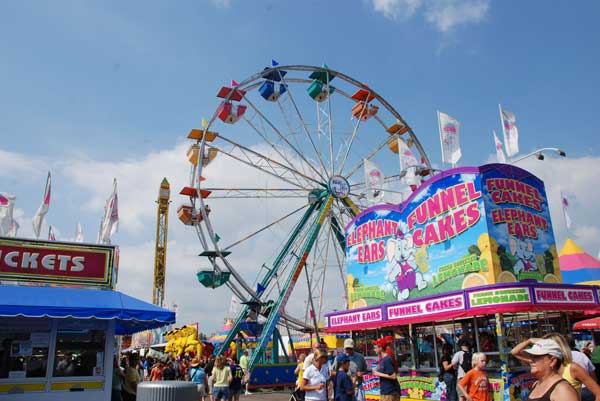 This 12-day fair is a celebration of food, wine, music and fun.  Make a stop at the TASTE NY Tent which showcases New York’s food, wine, beer and spirit businesses who will be doing daily tasting and sampling by the glass.  Every afternoon and evening you can enjoy free live music on the Stan Colella Stage, with bands like Everclear and vocalists Rick Springfield and Melissa Etheridge.   The final day of the fair is Summer Send Off “Dollar Day” where adult admission and rides are only a buck. Dates: August 27-September 7, 2015 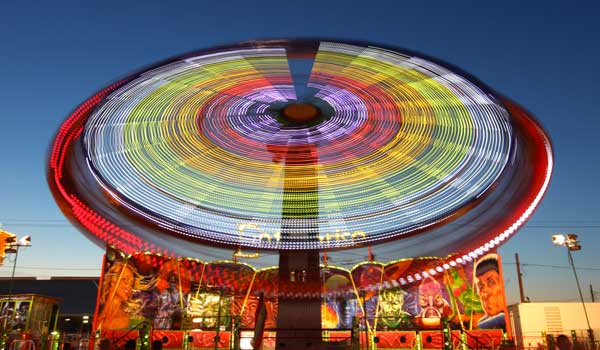 Every year the Wisconsin State Fair is held just outside of Milwaukee and is home to the original cream puff.  The iconic cream puff has been sold at the fair since 1924 and more than 350,00 are enjoyed each year. Want to venture beyond creme puffs? More than 200 concessions are busy creating new and outrageous foods such as Deep Fried Maple Bacon Cookie Dough and the Peanut Butter Bison Burger. Music lovers can visit the past with Hair at the Fair as part of a ’80s rock revival. Dates: August 6-16, 2015 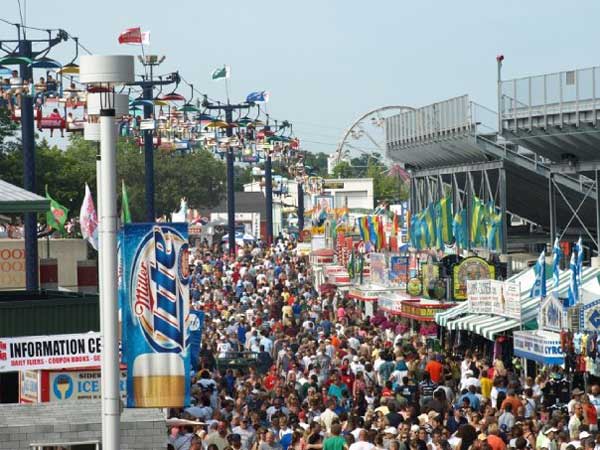 9 of the World’s Most Incredible Fountains

8 of the Most Amazing Forests on Earth

12 Best Travel Songs of all Time 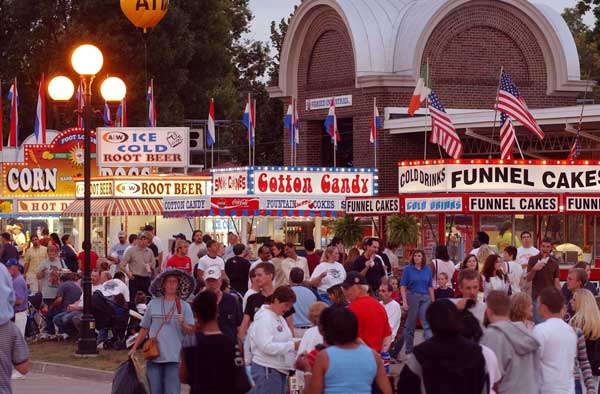