I love the fall. Yes, for the leaves, and yes, for the sweaters. But I must admit that Halloween is a big pull too. Costumes, candy, and scary stories—what’s not to love? If you’re a Halloween lover like myself, you probably love the idea of exploring creepy places.

Here are six that will certainly give you the chills and maybe even nightmares. 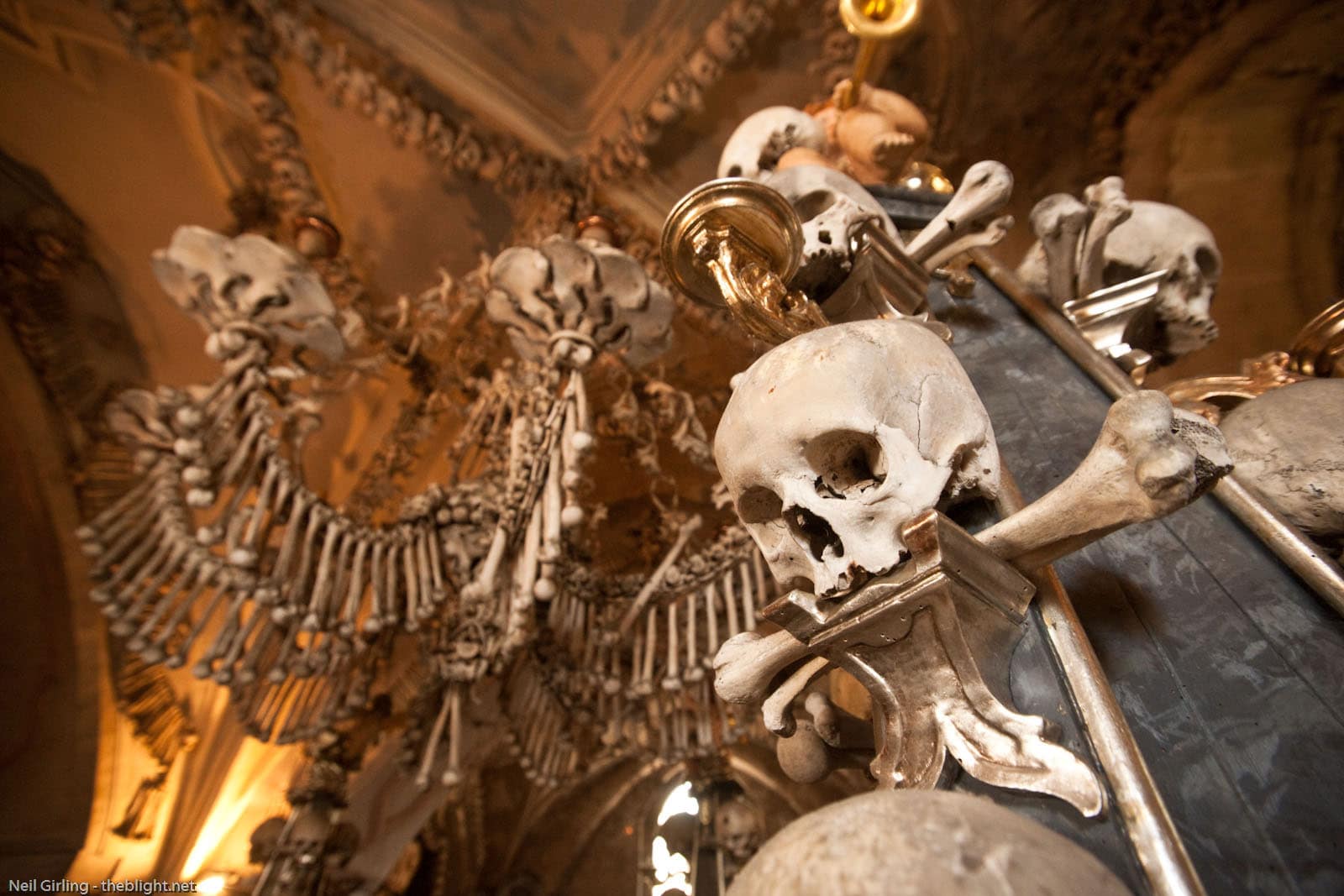 When space is scare, many cultures have turned to ossuaries– a chest, building, well, or site to house human skeletal remains. Ossuaries are creepy by nature, but the most notable one takes the spooky factor to a whole new level. Sedlec Ossuary, located in Kutná Hora, Czech Republic, is a Catholic chapel that’s estimated to contain the skeletons for 40,000-70,000 people. But wait, there’s more! Instead of simply storing the bones in the basement or something, they’ve been arranged in intricate detail. You’ll find a chandelier made completely of bones, garlands comprised of skulls, an intricate family crest and four humongous pyramids piled high with human bone. Just an hour’s train ride outside of Prague, this site is one of the country’s most visited. Trust me, a trip here will be etched in your memory forever. 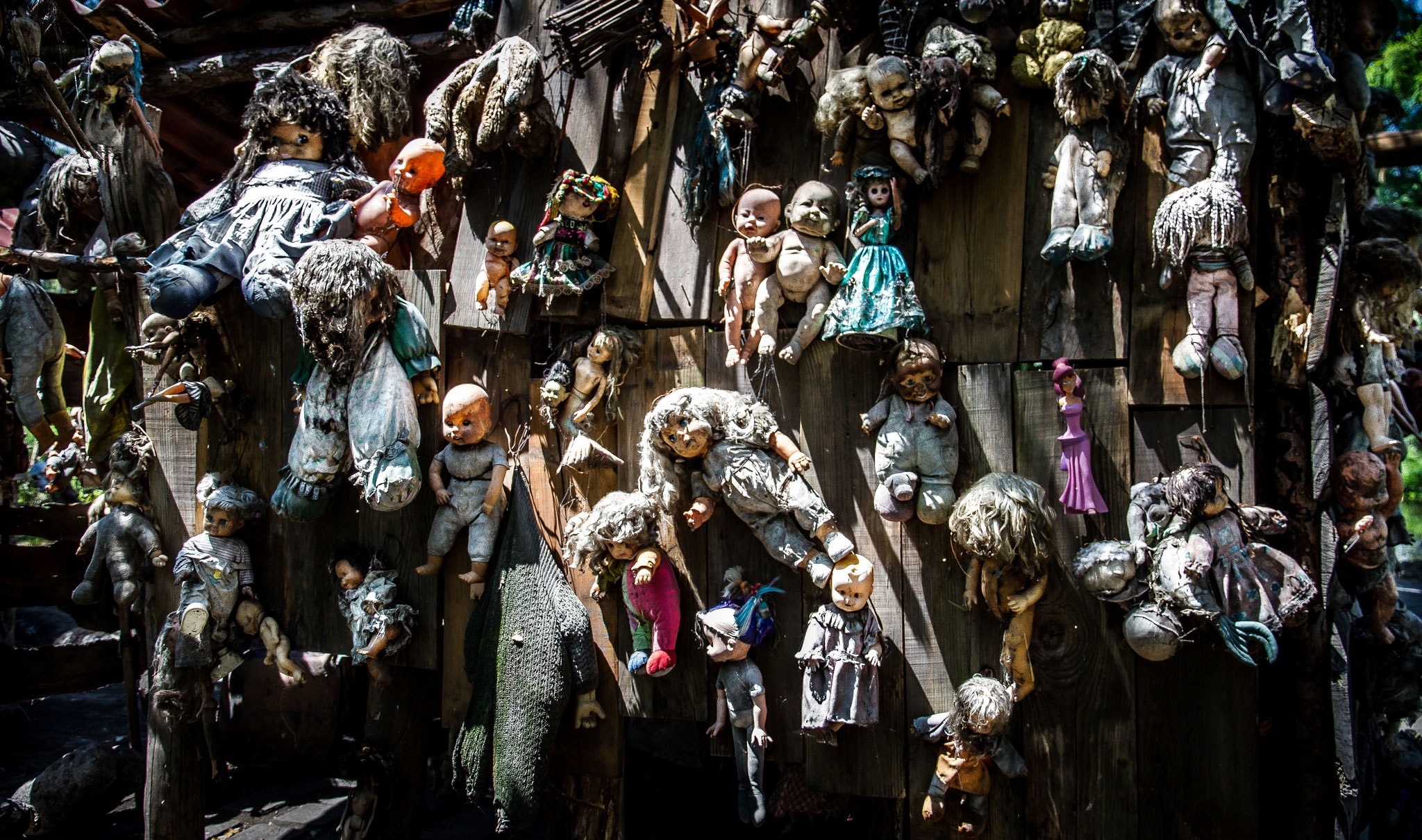 I know it may be a polarizing topic, but I think a lot of us find dolls to be totally creepy. Especially old ones. And especially old ones abandoned at a deserted island. Enter Isla de las Munecas, a small island south of Mexico City. This place didn’t start out as a creepy tourist attraction. It’s meant to be a memorial to a girl who drown off the shores of the island. Though this death has never been confirmed, the island is now home to hundreds of dolls, many not intact. You’ll find limbs, heads, and limp doll bodies just hanging all over the place. Visitors claim they’ve seen the dolls moving all on their own. I don’t believe it… or maybe I just don’t want to. 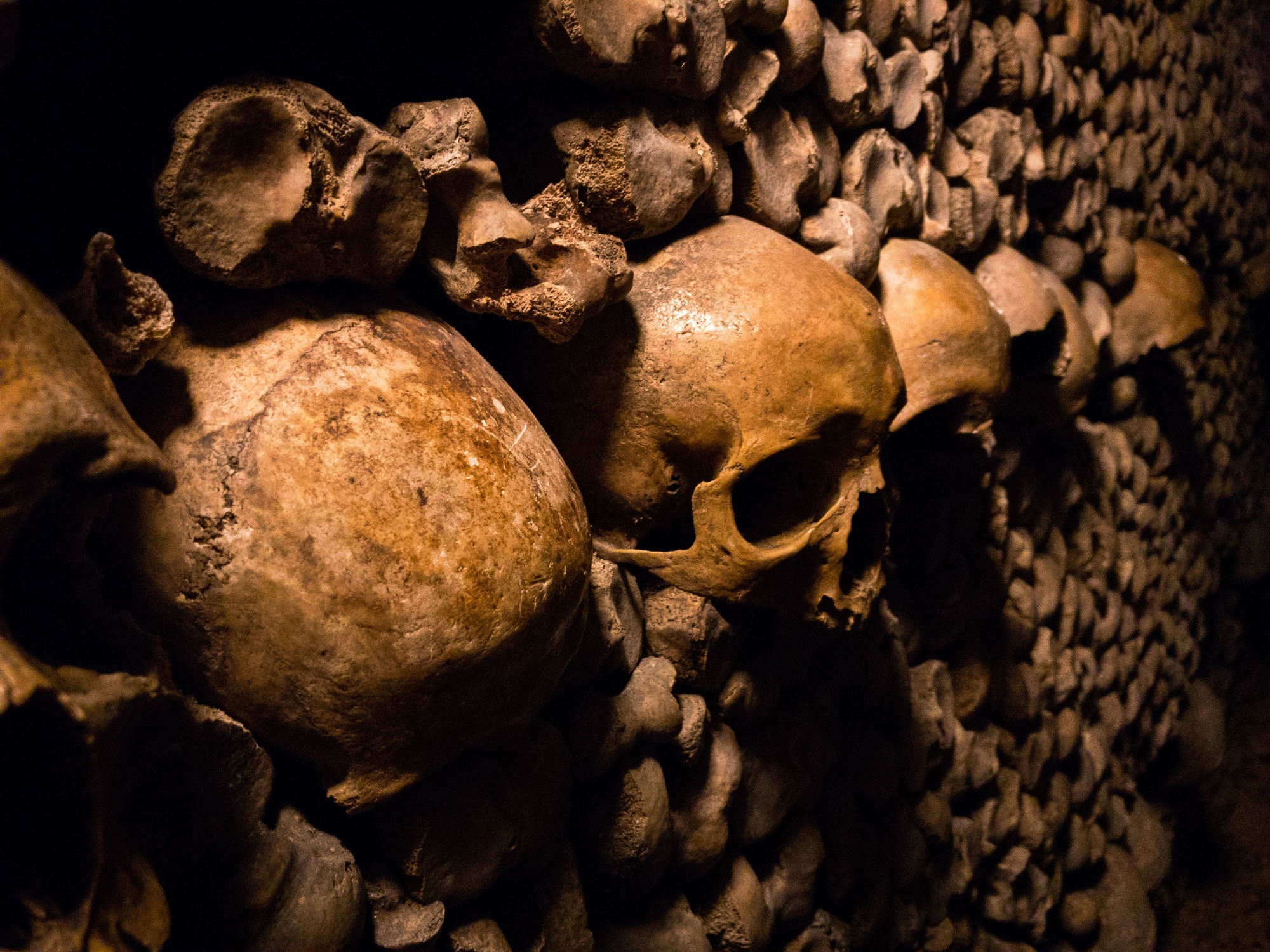 Oh, Paris! The City of Light! And 6 million skeletons buried beneath it. Situated about 60 feet above the city, you’ll find tunnels paved with the remains of Parisians. From the late 18th through the early 19th Centuries, bodies were moved from cemeteries to underground catacombs as a precautionary measure. Because everything is more romantic in Paris, the remains were arranged in beautiful (or macabre. Whatever!) tableaus. It’s estimated that there are 200 miles of tunnels under the city, some of which is completely uncharted. Visit the Catacomb Museum, or for a more in-depth experience, take a guided tour (,https://citywonders.com/paris-tours/paris-catacomb-tours). It’s freaky fun. 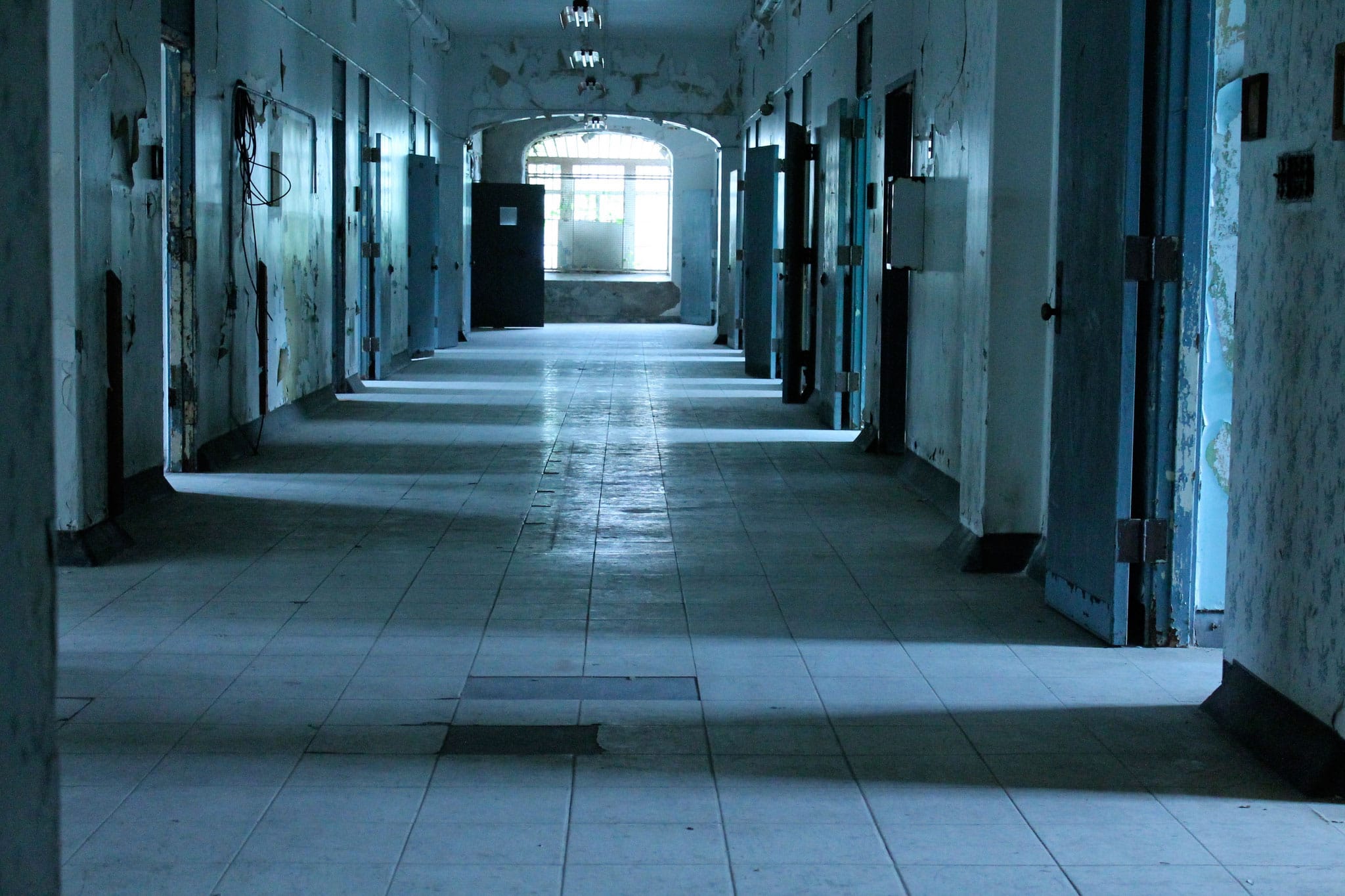 Just the word asylum makes me shudder. And an abandoned one? I’m sweating just thinking about it. There are a few notable ones in the USA, like Waverly Hills Sanatorium, a 20th Century early Tudor Gothic Revival building in Louisville, KY. However, I think the Trans-Allegheny Lunatics Museum takes the cake. Though clearly not a politically correct name by modern standards, this former hospital is the largest hand-cut stone masonry building in North America. The original hospital opened in 1864, intended to care for 250 patients. In the 1950s, it housed 2,400 patients in overcrowded, poor conditions. The hospital closed in 1994, due to deterioration and its general out of date approach to dealing with mental illness.

Today, you may tour the property. The first floor is home to two wards, as well as the Civil War Section of the hospital. You can also visit the doctors’ apartments, nurses’ quarters, Ward F where the most deviant of patients lived. Want an even spookier experience? Sign up for an overnight ghost tour, where you’ll explore the asylum from dusk until dawn. Eeeeee! 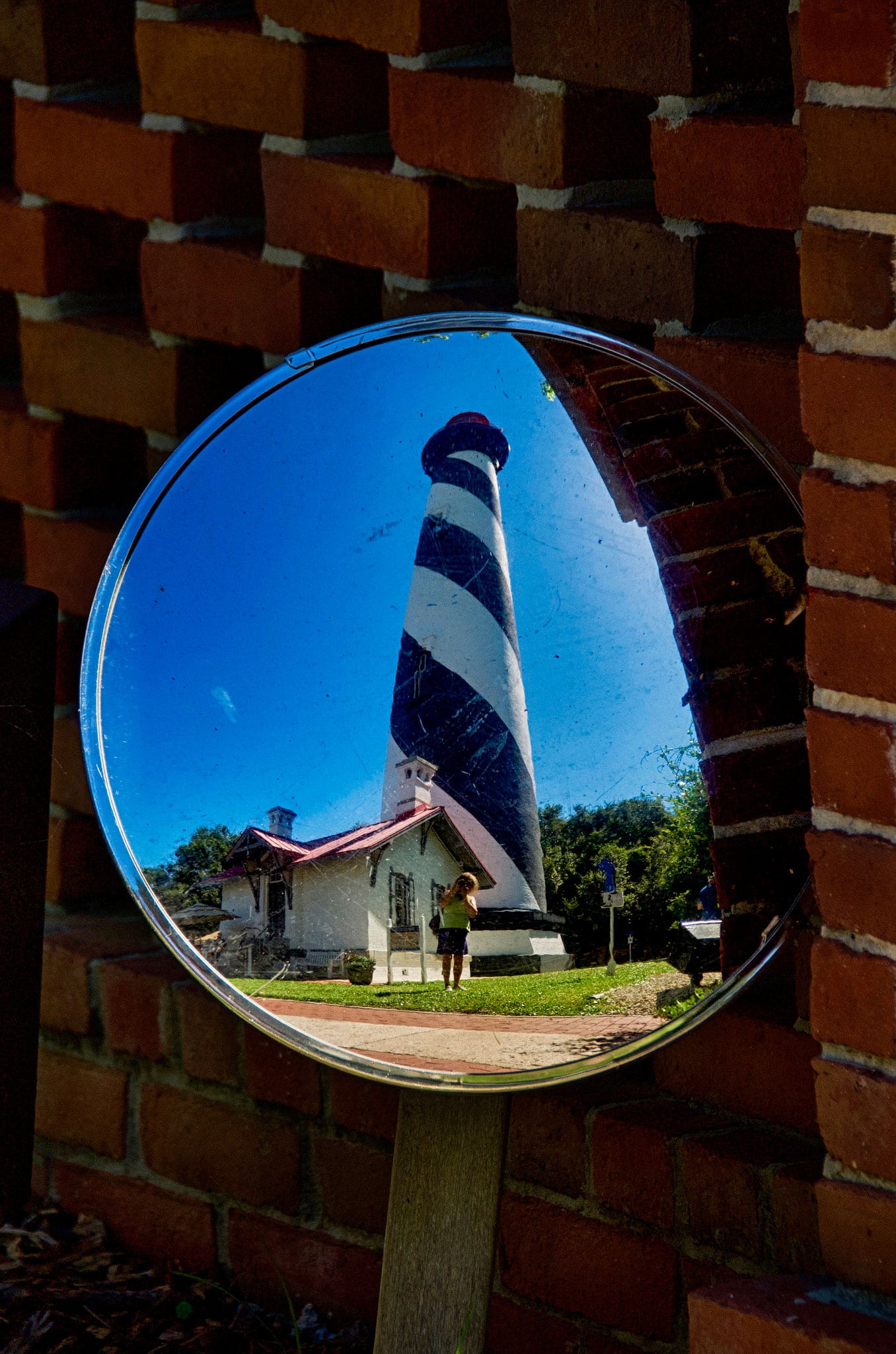 It’s said the St. Augustine is the oldest city in the US. And with that title comes a whole slew of paranormal lore. One of the most notable haunted sites is the St. Augustine Lighthouse. Located at the north end of Anastasia Island, visitors have reported seeing shadows, hearing voices and witnessing two little girls on the lighthouse catwalk, said to be the lighthouse keeper’s daughters who both drowned during the lighthouse’s construction. The lighthouse offers “Dark of the Moon” tours, aka nighttime tours that covers the history and ghost stories. If you’re into paranormal investigation, you can sign up for a 2.5-3-hour tour that does just that. 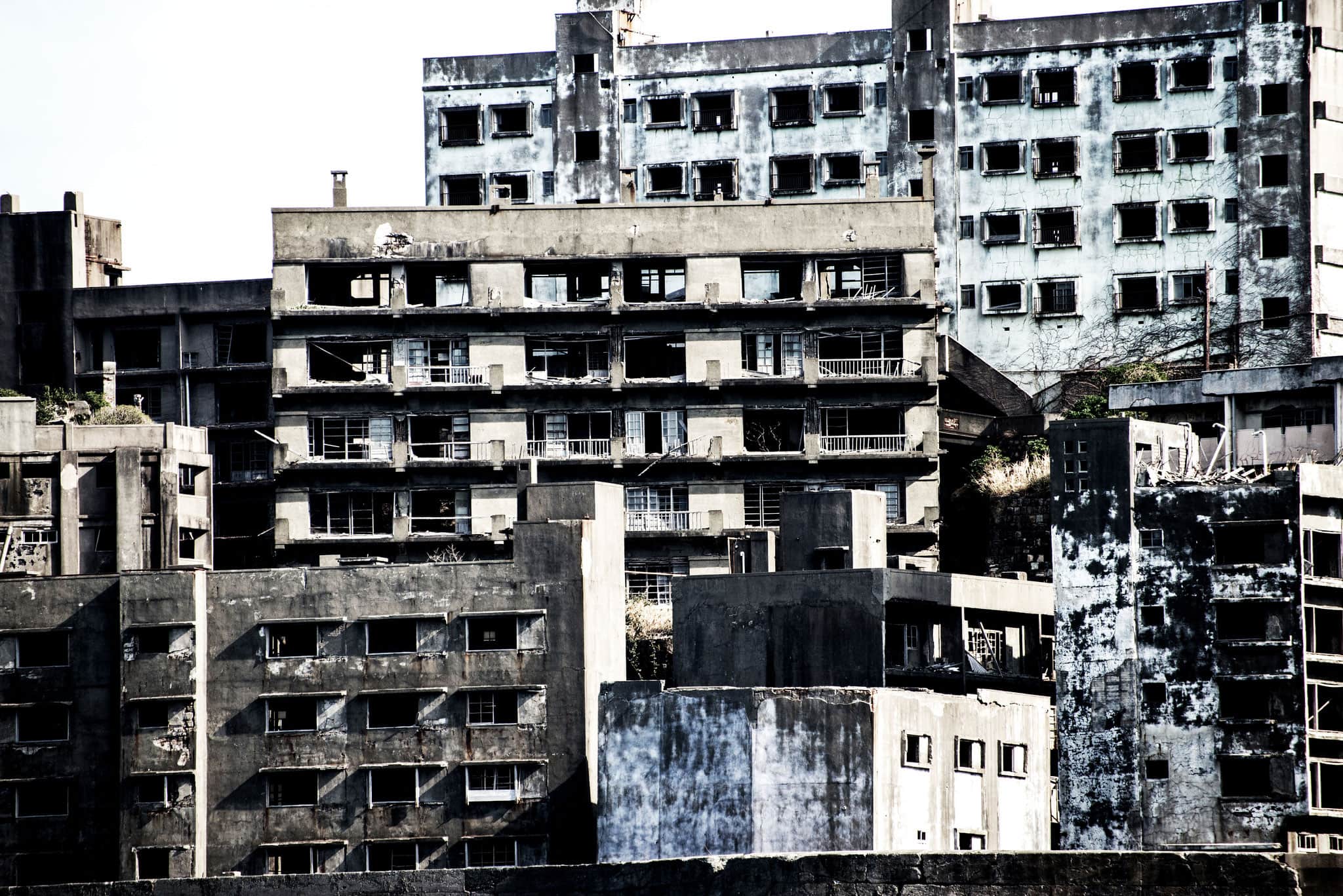 Just off the coast of Nagasaki, you’ll find a tiny, fortress-like island. In the early 1900s, the Mitsubishi Corporation created a town in the middle of the sea on what’s since been dubbed Gunkanjima, or “Battleship,” Island. One look at it, and it’s easy to see how it earned the name. The less-than-one-square-kilometer island became home to 6,000 people, many ten-story apartment complexes, schools, restaurants, and more. The island was once the most densely-packed place in the world. Today, it’s entirely abandoned and uninhabited for over 40 years. Visiting this seriously post-apocalyptic wonder isn’t for the faint of heart. The whole place is at risk of crumbling, the island is only accessible on organized tours. Book one here. If you can’t make it all the way to Japan, you can find a virtual tour, complete with a nerve-wracking soundtrack on here. 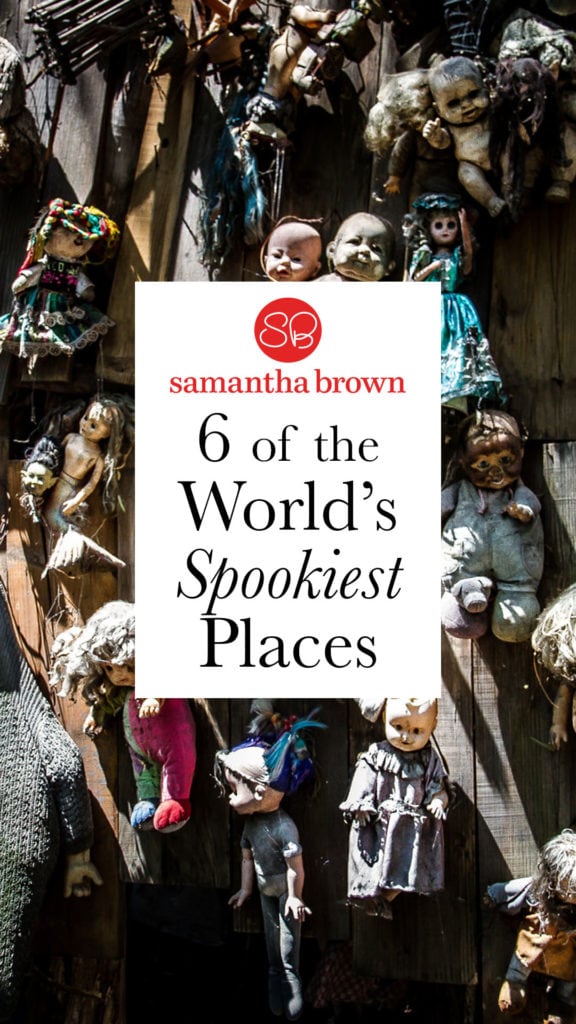 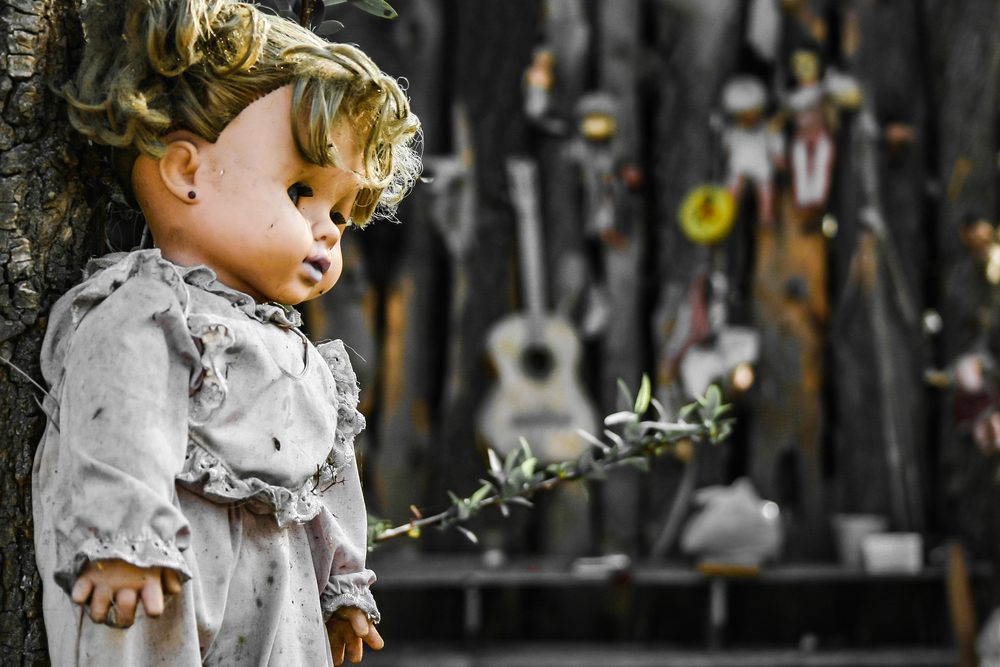