When it comes to National Parks, Yellowstone, Grand Canyon and Yosemite get all the press. But there are many fantastic under the radar parks that might be perfect for your next vacation. Love hiking, kayaking and stunning alpine views? Those are just a few reasons why you should plan a visit to Northwest Washington’s North Cascades National Park, aka the American Alps. 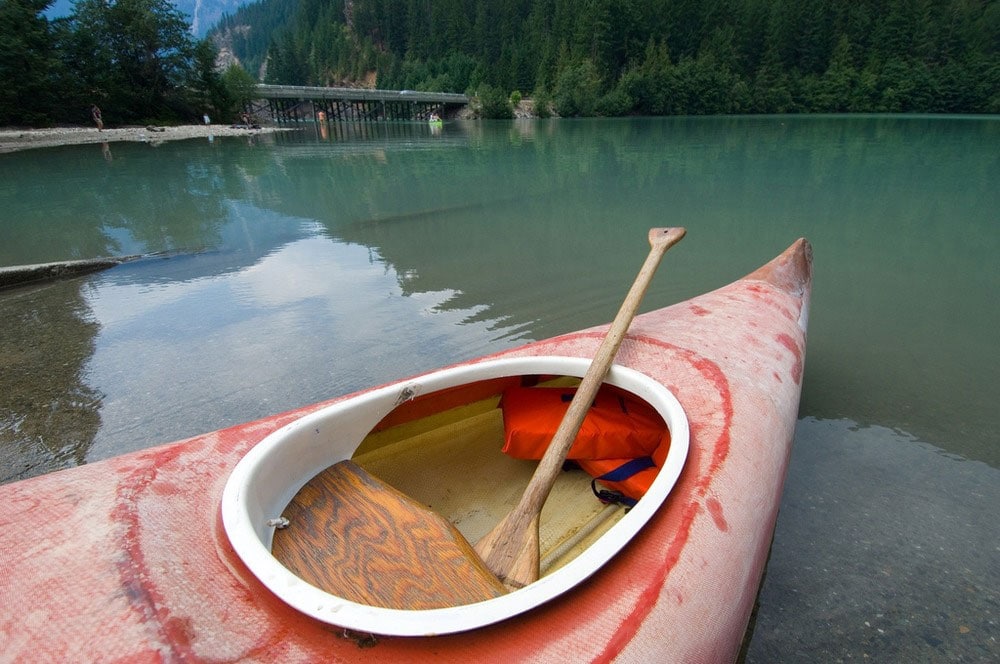 Age: Though I was designated a Forest Reserve all the way back in 1897, it wasn’t until 1968 that I earned the title of National Park. Act designated the area a national park. Of course, I am much older than 50…. My mountain range is 400 million years old and is still rising! 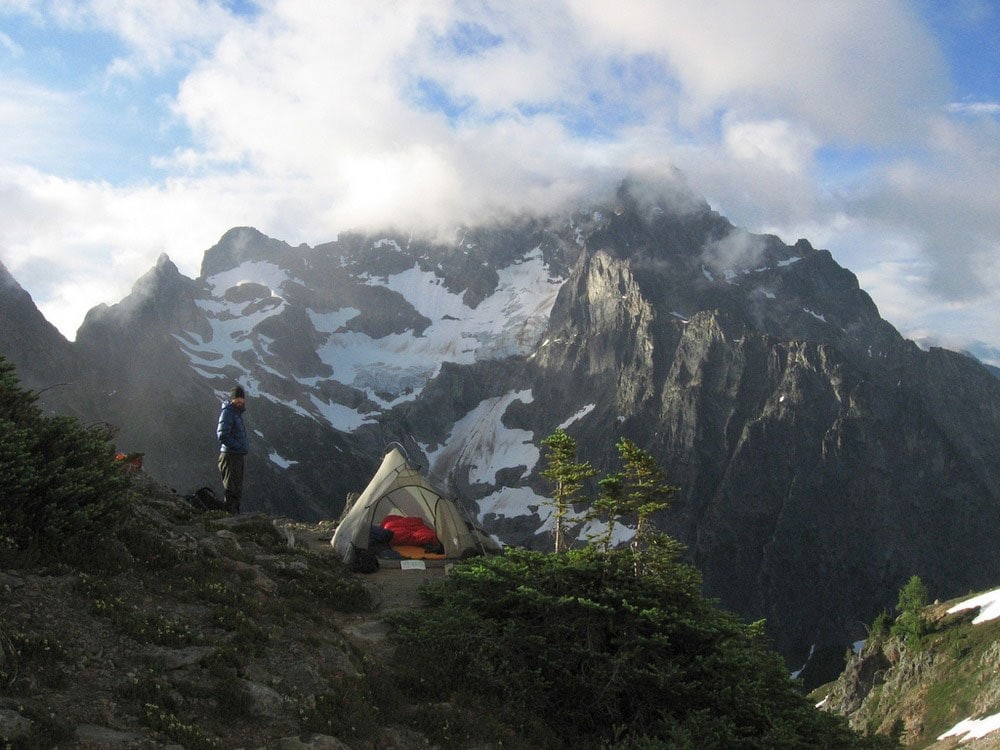 Location: Though one of the least visited National Parks, I’m a mere 2.5-hour drive from Seattle… why not spend a few days in the city, then head up here for some fresh mountain air? 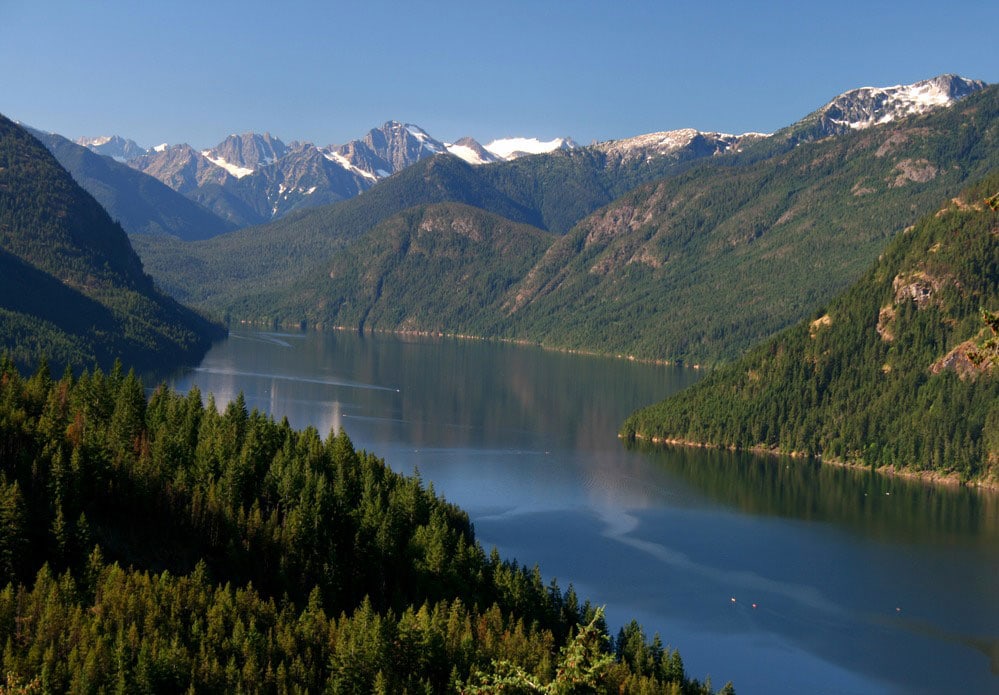 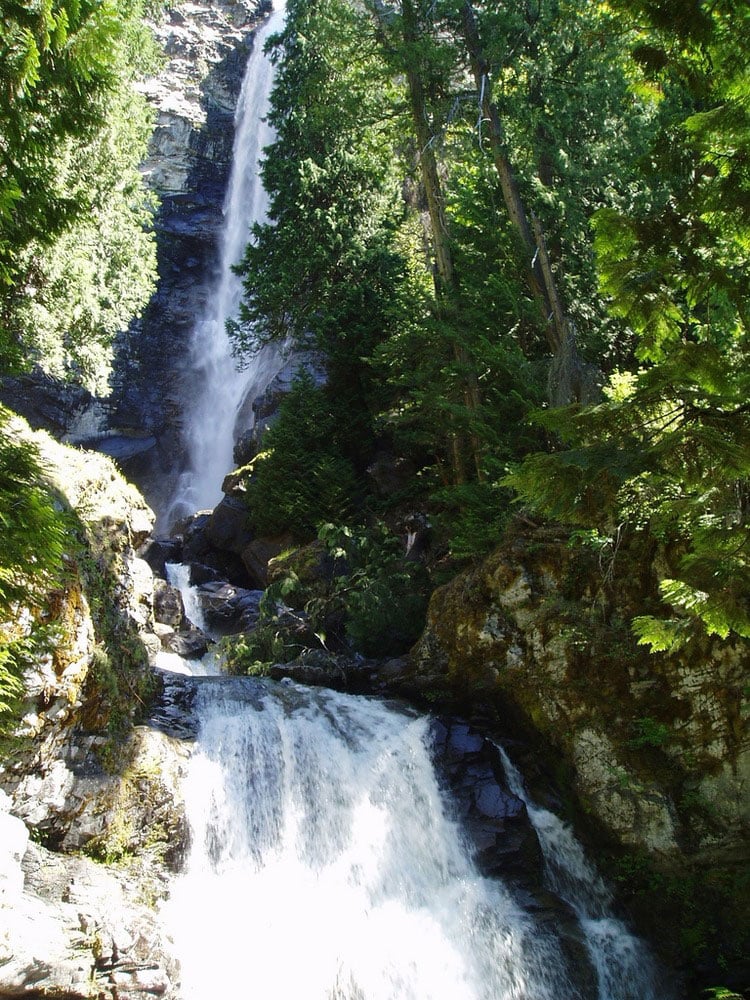 You’ll find about 300 glaciers within my borders, which means I have the most glaciers of any National Park outside of Alaska. Let’s get real—Alaska basically is a giant glacier, so it’s pretty hard to compete with that guy.

I’m also home to tons of waterfalls. Easy access makes Ladder Creek Falls the most popular, but you’ll find all sorts of cascades throughout my borders. Gee, I wonder how I got my name!

History: There’s evidence of humans inhabiting this area for 10,000 years. The rugged land separated the tribes of the Columbia River Basin to the east and those of the Pacific Northwest/Puget Lowlands to the west. Whether it was hunting, fishing or gathering, these tribes basically had their own specialties and established a trade network to share resources. Gotta love that kind of teamwork!

Gold diggers need not apply: I’m also home to one of the most shortly-lived, and total downer of a gold rush. After a bit of the gold stuff was discovered along Ruby Creek in 1879, hundreds of miners swarmed over the upper Skagit valley. They found little gold, and the rush was over by 1880. Long story short, the real wealth here has always been my natural beauty.

Not to be presumptuous, but if you were to spend the night…: 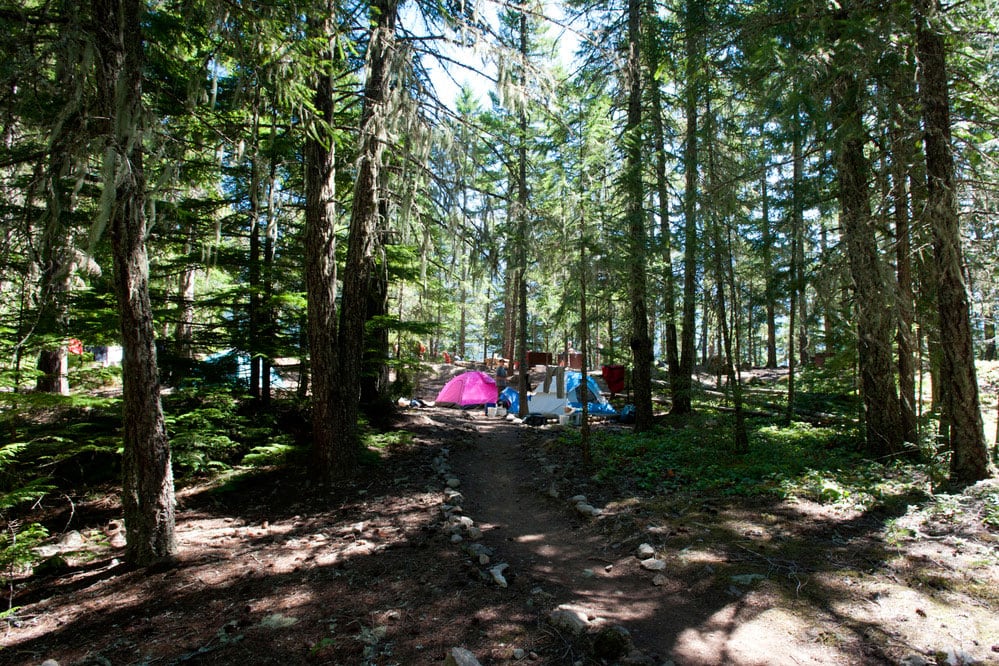 I have a few options. If you’re more into roughing it, pitch a tent at one of my boat-in campsites on Lake Chelan, Ross Lake and Lake Diablo. It’s important to note that the lakes are made up of glacial run-off, so they’re not exactly warm and conditions do get quite windy. There’s car camping available in the nearby town of Newhalem. 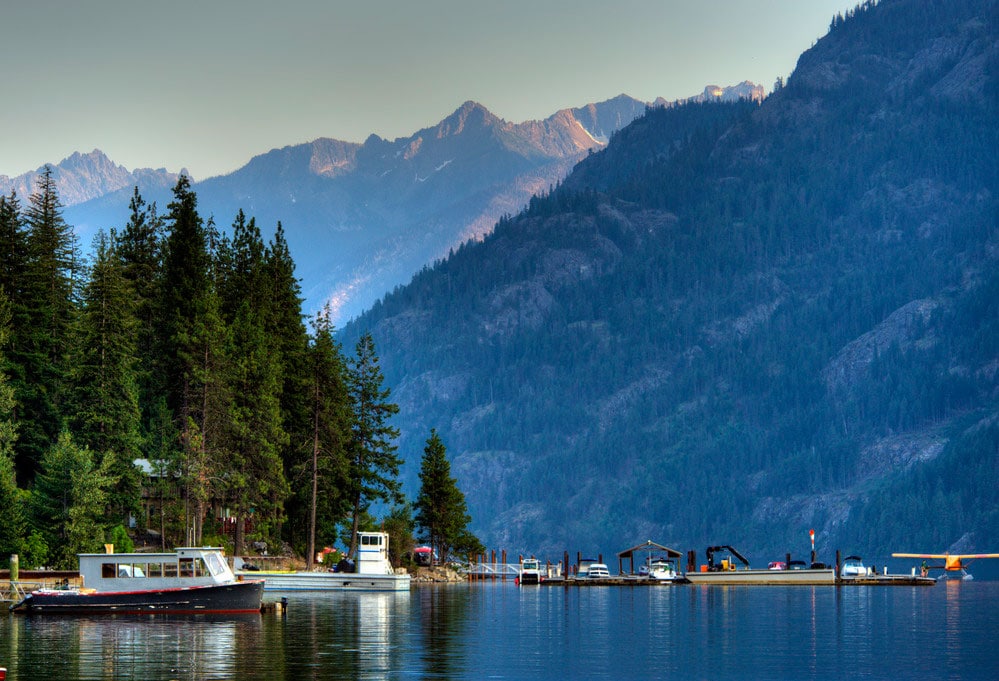 Enjoy creature comforts with a hefty helping of wild beauty in the isolated town of Stehekin. Book a lakeside room or cabin at the Lodge at Stehekin. Accommodations are basic, but the surroundings make this one of the most jaw-dropping hotels in the country. The tiny old-school frontier community (population: 75) is only accessible by float plane, hiking, horseback or boat (book the Lady of the Lake ferry). There’s no cell service and only one public satellite phone available in the valley. You won’t find groceries here (so come prepared!), but the lodge does have a restaurant and general store. There’s also a great pastry shop, ranch, and lots of camping. 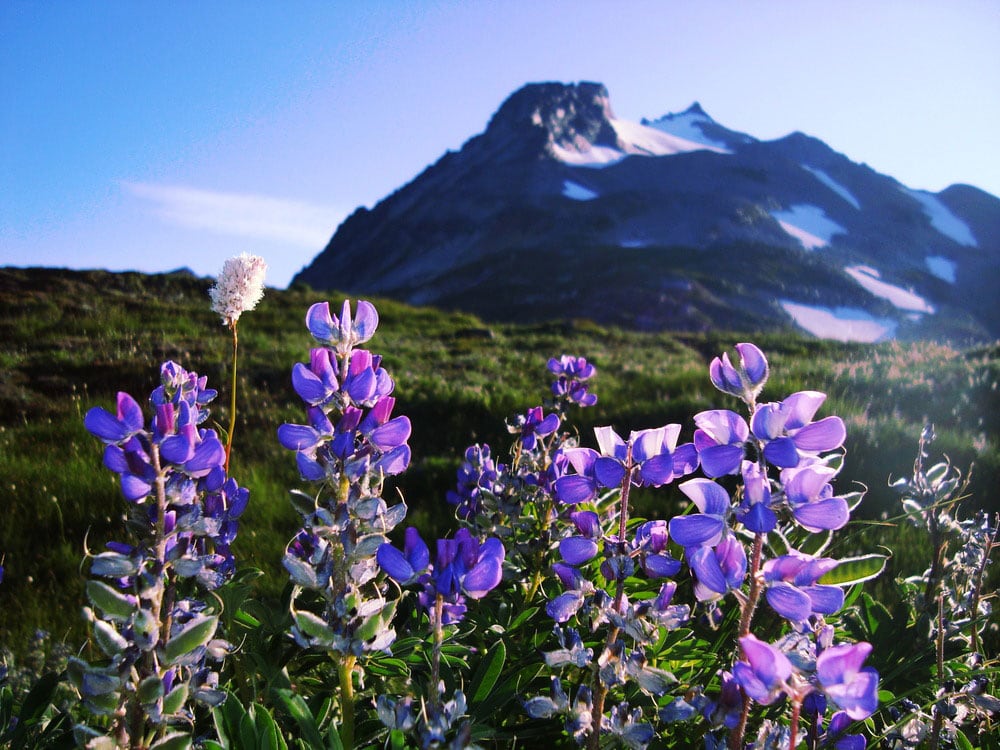 Hiking, backpacking, and mountaineering! I’ve got nearly 400 miles of trails ranging from easy to quite strenuous.

The 1.8-mile trek to Lake Dorothy boasts views of the lake and granite cliffs—there’s a few trails that shoot off from here, offering a little more solitude. Families will love the short hikes from Rainy Pass, including the one-mile long Rainy Lake trail, the two-mile Lake Ann route, plus a handful of other longer loops featuring views into the Glacier Peak Wilderness and Stephen Mather Wilderness areas.

If you like to explore on two wheels, bring your bike (or rent one!) and hit up the Stehekin Valley Road. Again, this town is only accessible by foot, float plane or boat, but the Lady of the Lake ferry does accommodate bicycles.

Nightlife: Head to nearby quiet town of Newhalem for a Skagit Hydroelectric Project history lesson. For nearly 100 years, the big draw has been the light show at Ladder Creek Falls. Built in the 1920s, the falls were illuminated with all the colors of the rainbow, coupled with music. In recent years, the original lighting system was replaced with LED bulbs. Today’s visitors are less apt to marvel at the “wonders of electricity” their 1920s counterparts did, however, it’s still a lovely way to spend an evening. On most summer nights, a park ranger gives a talk on the history of Seattle City Light in the North Cascades, followed by a stroll through the Ladder Creek Falls light show. Details here. 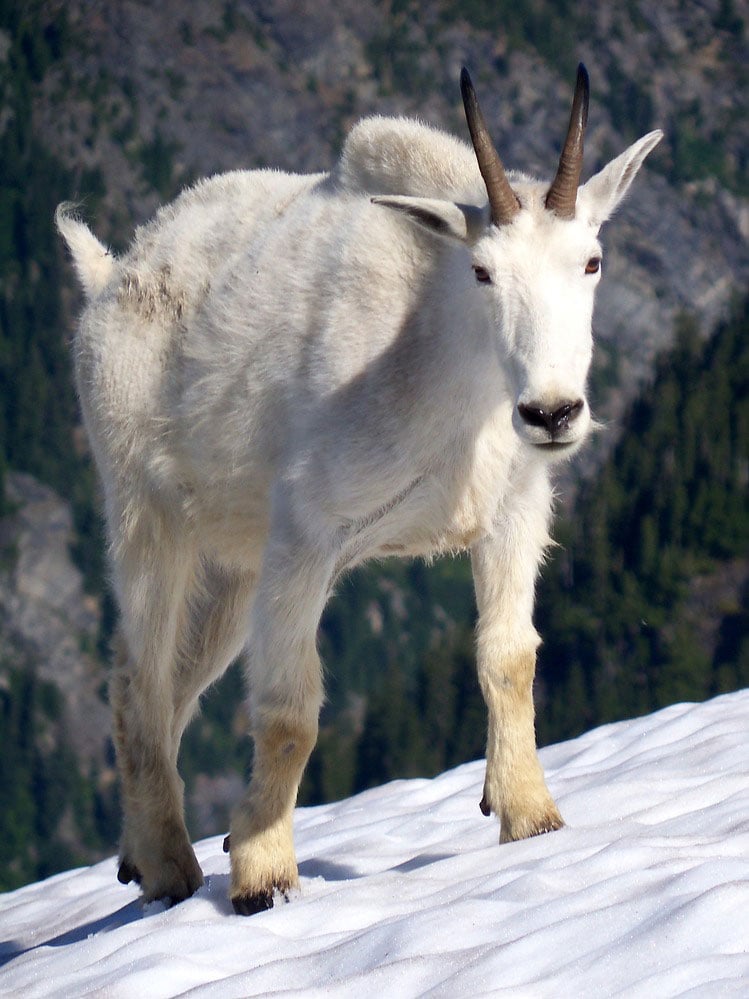 With my rugged peaks, deep glacial waters and woodlands, I’m home to one of the earth’s most diverse ecosystems. There’s approximately 75 mammal species; 21 species of reptiles and amphibians; 200 species of birds; at least 28 species of fish; and over 500 types of land insects. How does that compare to your local zoo?! 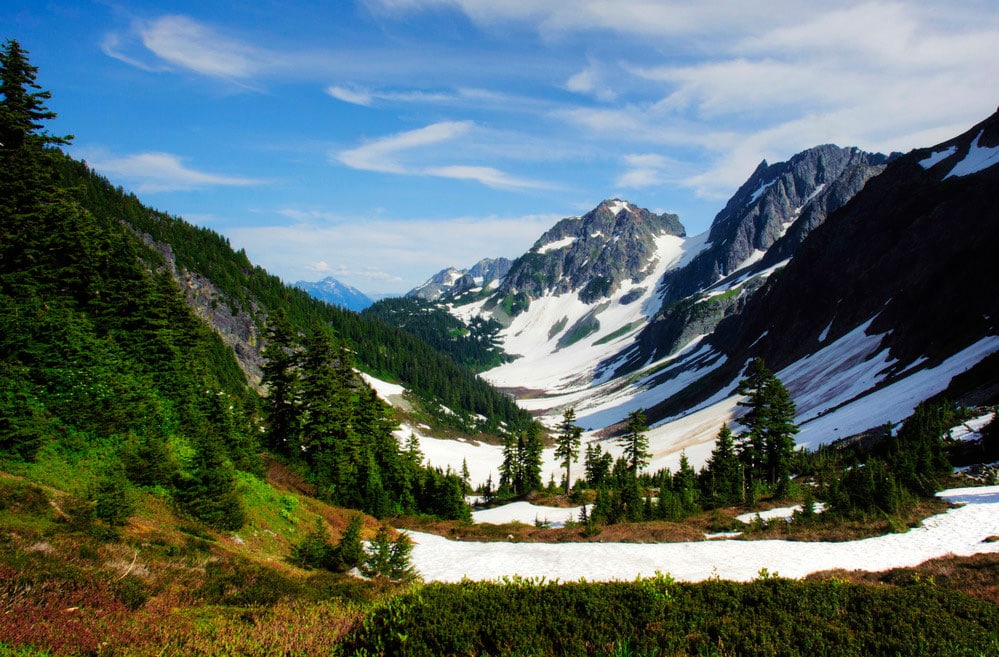 Summer! Though the season is short (there’s often snow and ice on my peaks until July!), it’s really where I shine. 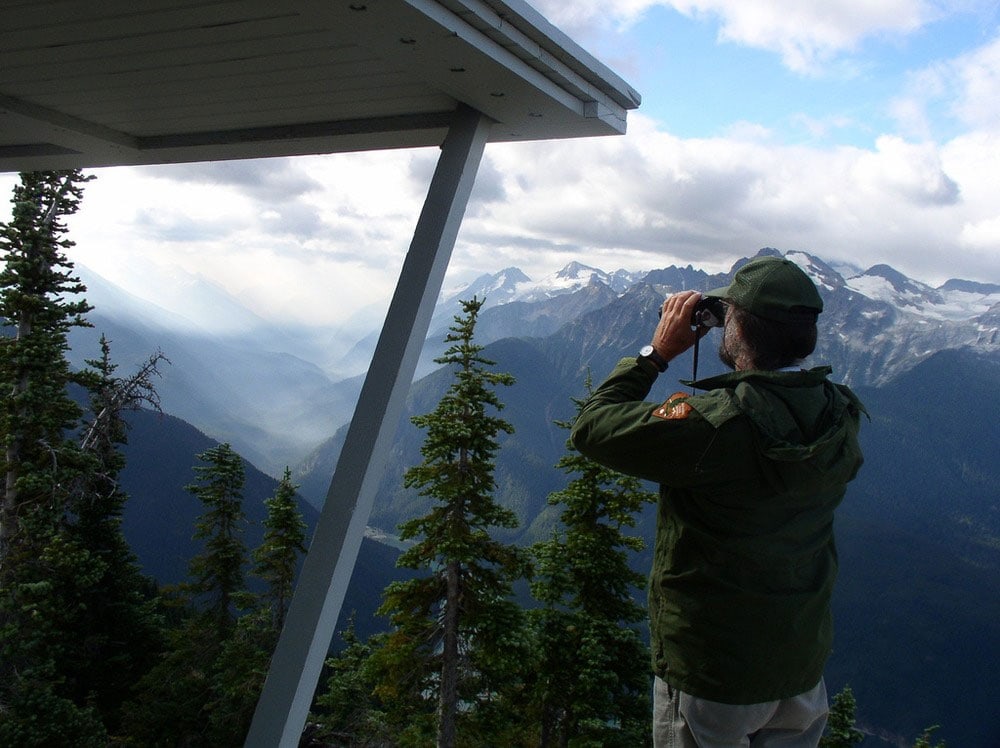 It’s gotta be The Dharma Bums or Desolation Angels by Jack Kerouac. He spent the summer of 1956 here as a fire tower watcher at the top of Desolation Peak, which inspired the book. I know, I know, I’m such a name-dropper.

Since you’re in the area: Why not go for a National Park twofer and visit Olympic as well? It’s a much different vibe, given that 3.4 million people visit her annually compared to my measly 28,000. But I think differences should be celebrated.

Have you been to North Cascades National Park? What were the highlights? 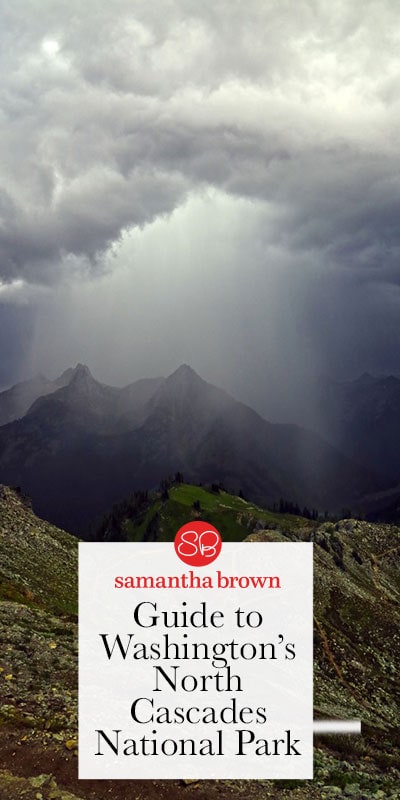