Iceland, Ireland, Norway, England, France, and Denmark are travel destinations that are likely on your radar. But what if I told you that you could experience all of these cultures and environments in one place? Welcome to St. John’s, the capital of the city of Newfoundland and Labrador. One of the most eastern places in North America, St. John’s offers history, nature, wildlife, and culture.

Here’s why you should visit St. John’s, Newfoundland, and Labrador. 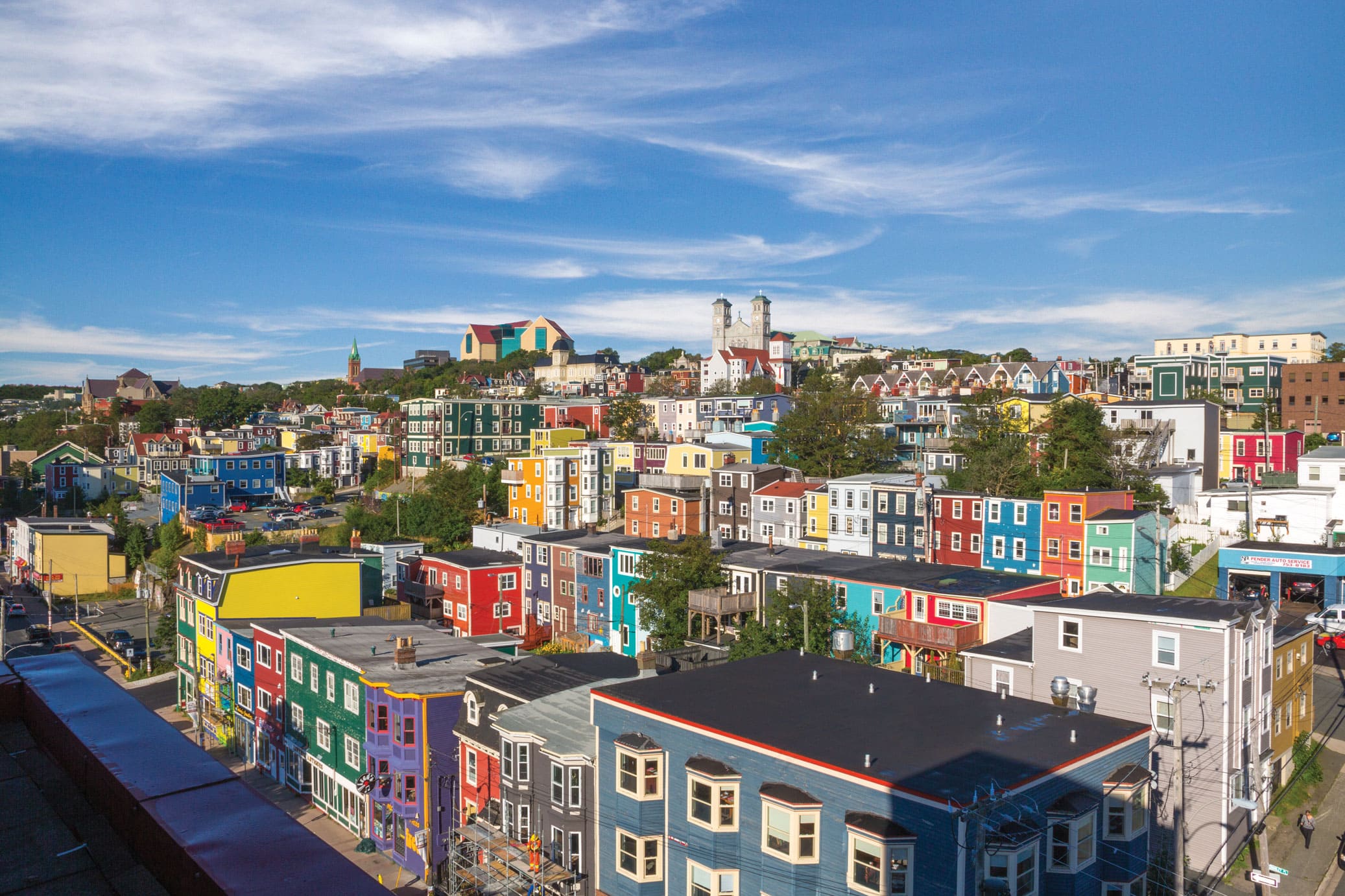 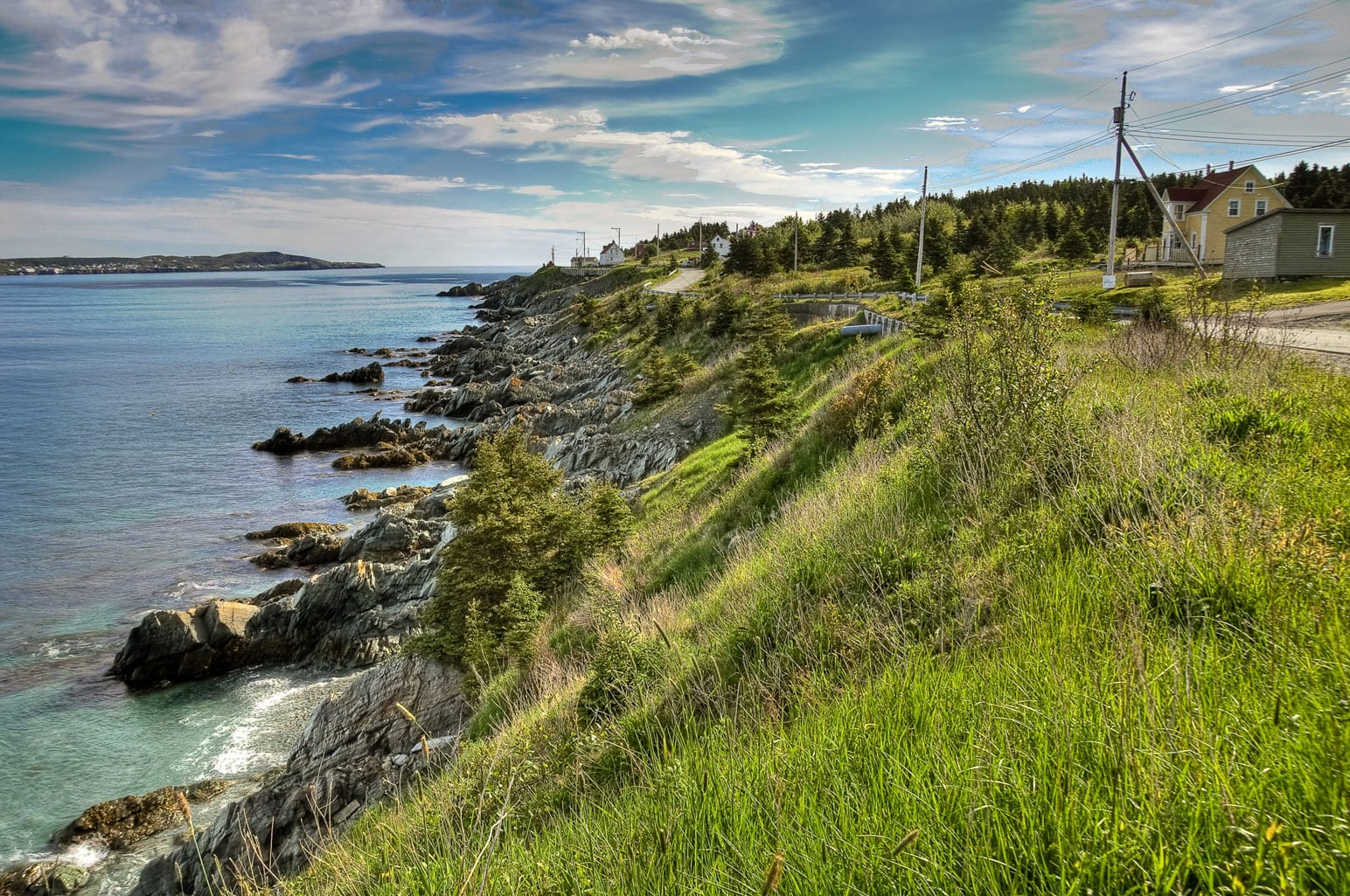 Are you one of those travelers who like to “play it by ear” or “figure it out when you get there”? Well, you might want to plan just a little bit ahead. There are only so many rental cars and accommodations available in Newfoundland. Book things that will really make or break your trip ahead of time, especially if you go during the summer.

Time Zones
Did you know Newfoundland has its own time zone? Newfoundland Time. And it’s an hour and a half later than Eastern Standard Time. Most of the neighboring Labrador is on Atlantic Time, which is half an hour earlier. But then some of Labrador operates on Newfoundland Time. Basically, what I’m saying here is that it can get confusing, so if you have something important scheduled (like a flight or a ferry), double and triple-check the time.

Moose on the Loose 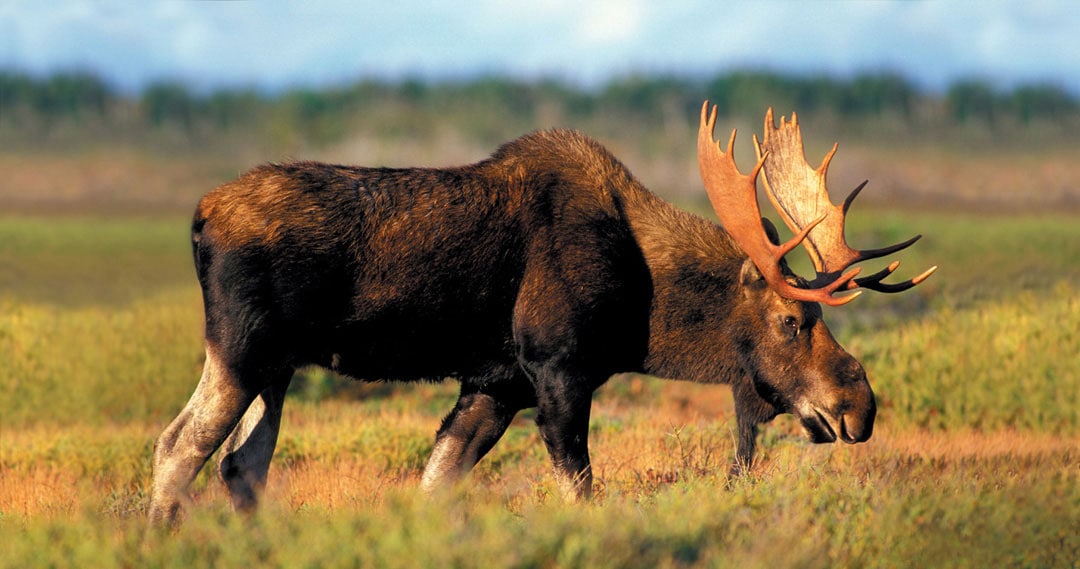 Bullwinkle may be majestic, but they actually are quite a bit of a problem here. Drive carefully, especially at night, because moose regularly cross the main roads. If you think it’s unpleasant to hit a tiny bird with your car, imagine a moose! Scary and downright dangerous!

A Note on Size
Newfoundland may be an island, but it’s a big one—slightly smaller than California! Most of it is rather rural, and driving across the island can take all day long. If you plan on exploring the island, keep that in mind while planning.

This 500-year-old city is one of the oldest in the “New World” and is the easterly most city in North America. Its roughly 100,000 residents enjoy a mix of big-city luxury and small-town charm. The town is quite walkable and drivable, with lots of great shopping, restaurants, historical sites, and more.

I love a stylish hotel, but I also love a good deal. The Alt Hotel affords you both and is close to the best St. John’s has to offer. Your stay also includes a continental breakfast, which I especially love before a long day of sightseeing. Blue on the Waterfront is also a nice option and has a lovely onsite restaurant and bar. 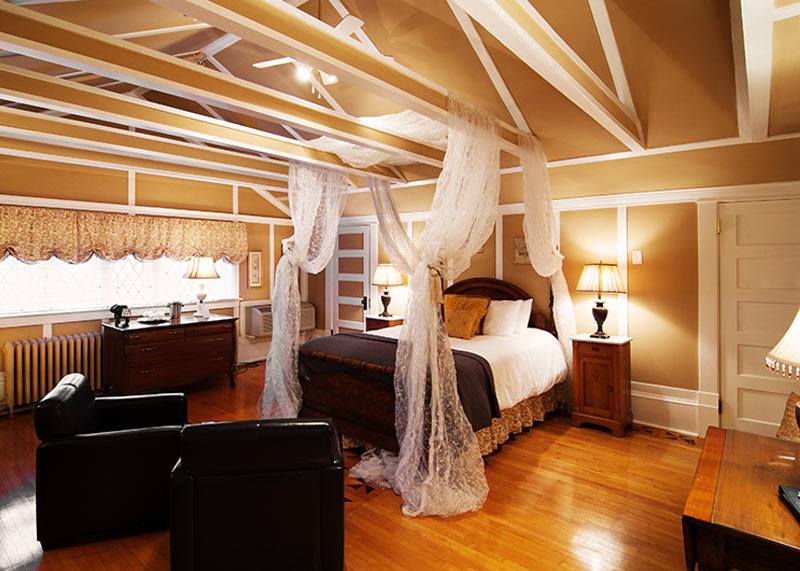 In a city as quaint as St. John’s, you’d expect a few idyllic B&Bs… and you’d be correct. Check out Leaside Manor or the Roses for a more intimate accommodation experience. 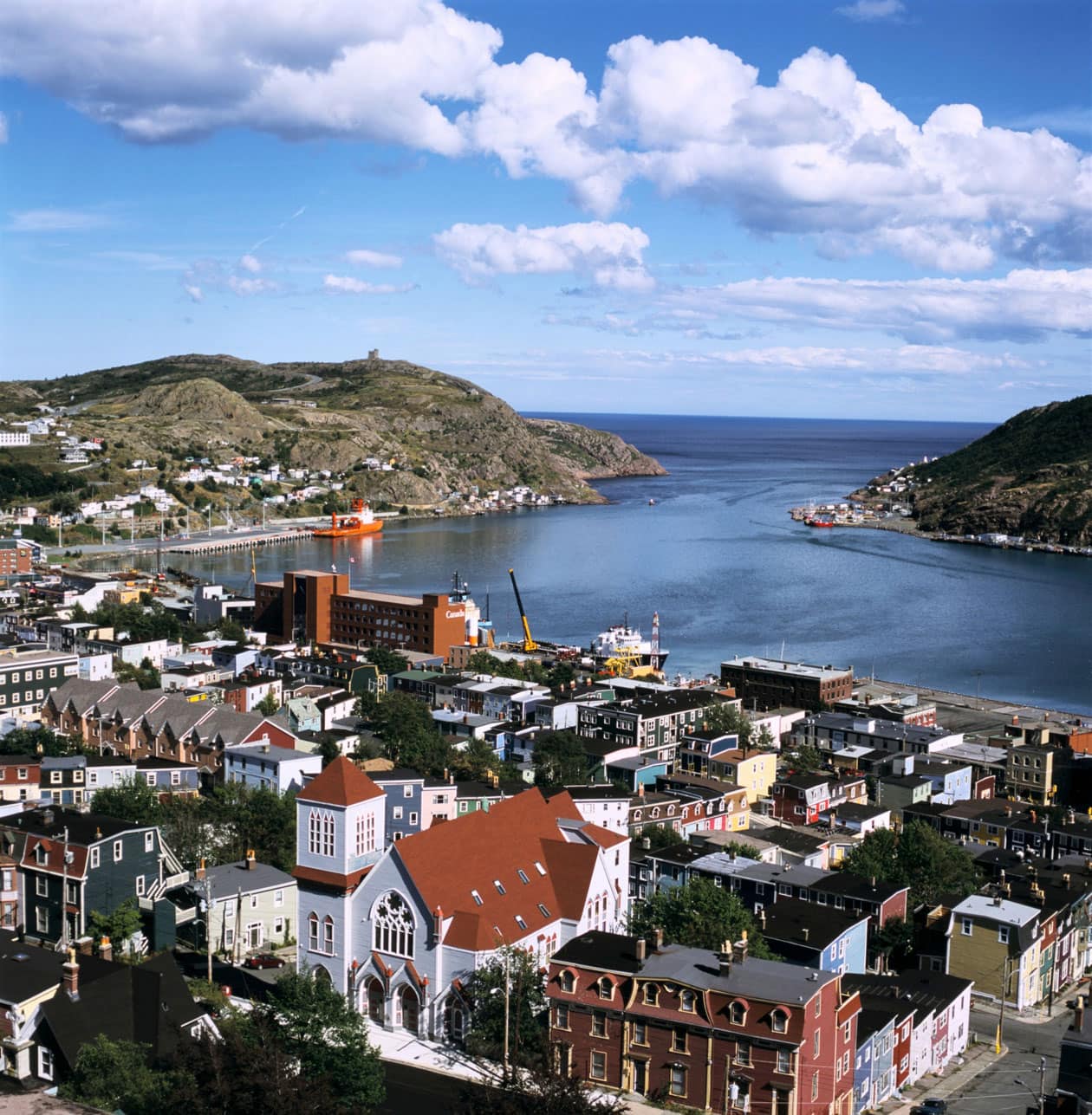 You’ll find the best panoramic views of the city from atop Signal Hill. Due to its strategic placement overlooking the harbor, this spot has long been an important site for the military and maritime signalmen. Tour the iconic Cabot Tower, which dates back to 1898. This is also the site where Guglielmo Marconi received the first trans-Atlantic wireless message in 1901.

I hope you packed your hiking boots (or at least walking shoes)—there are over five kilometers of trails here. The North Head Trail is a favorite as it offers beautiful views of the harbor and the colorful homes of the Battery. 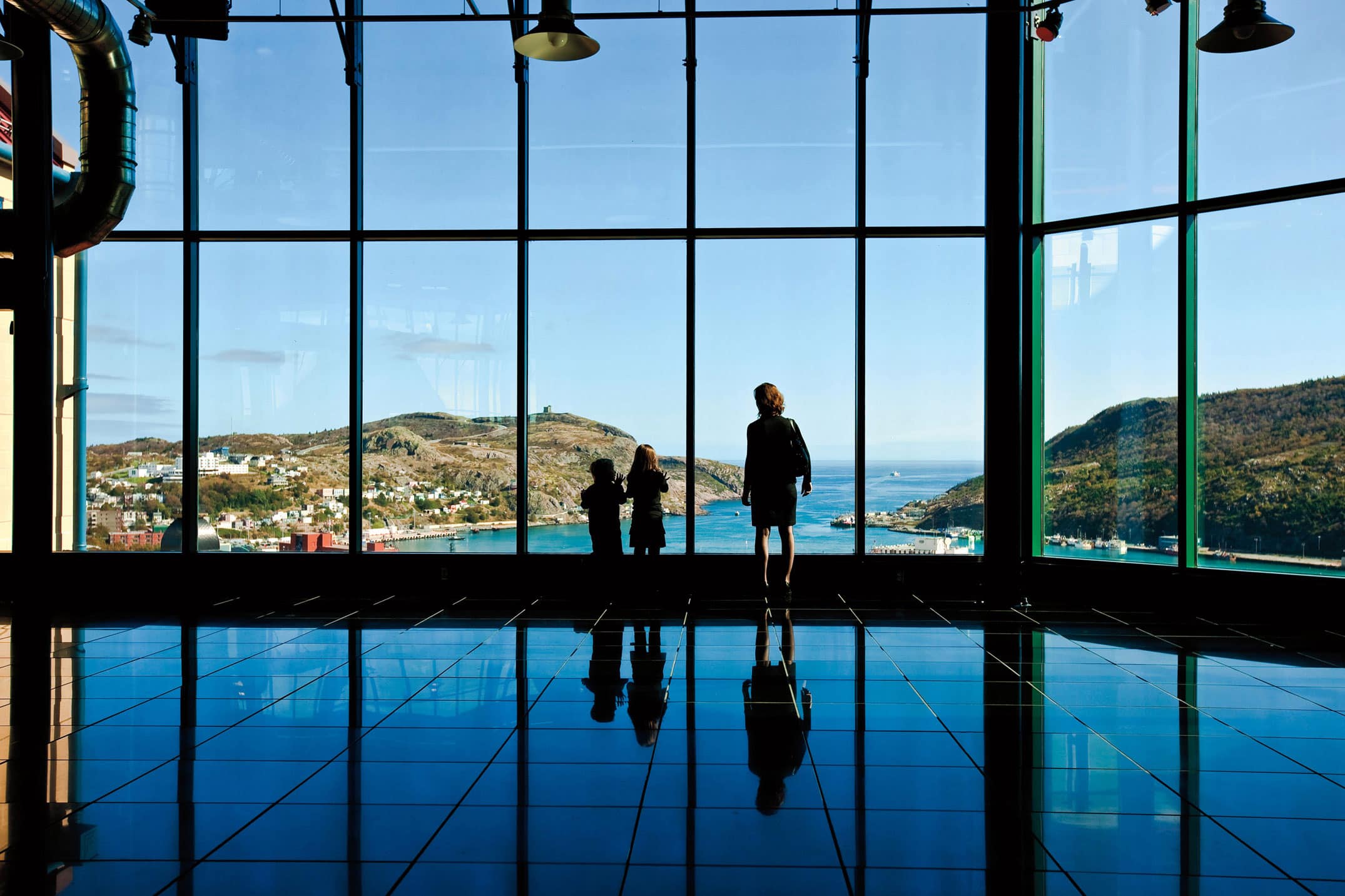 Modern melds with the historic throughout St. John’s. Experience it for yourself at The Rooms. This public cultural space boasts breathtaking harbor and city views and houses the province’s most extensive collection of artifacts, art, and archival records. You’ll find an extensive collection of natural history specimens (think birds, polar bears, and even carnivorous plants), and artifacts that play an important role in Newfoundland and Labrador’s history. 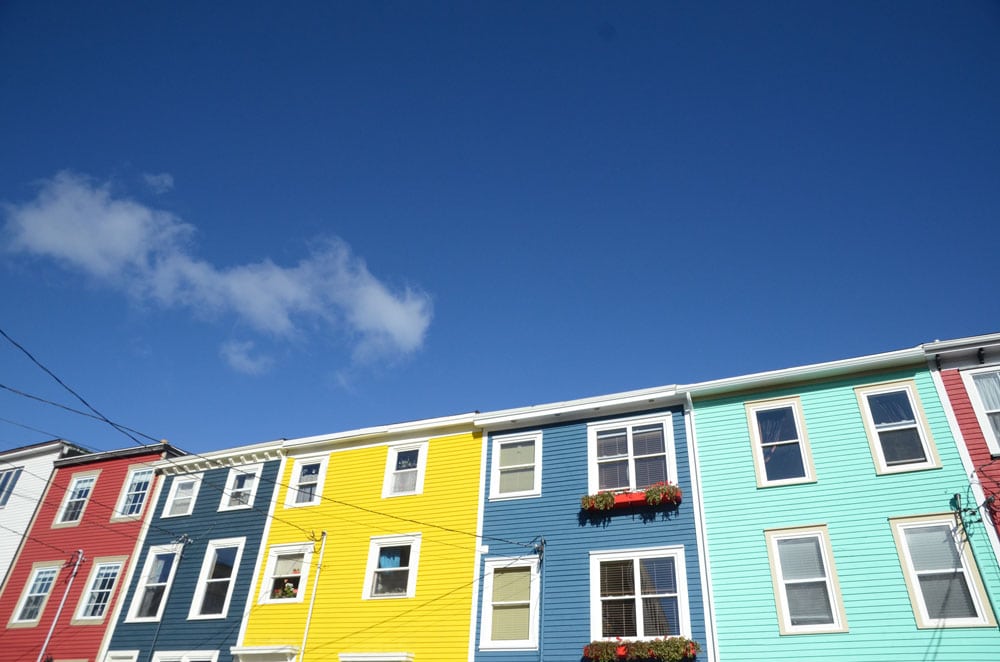 When you think of places with brightly colored houses, the Caribbean might come to mind. How about Newfoundland? Downtown St. John’s is known for its striking Jellybean Row houses, clapboard homes in vibrant reds, yellows, blues, and pinks. Bring your camera along (really, it’s probably just your smartphone) to capture the charm, or sign up for a photography tour. 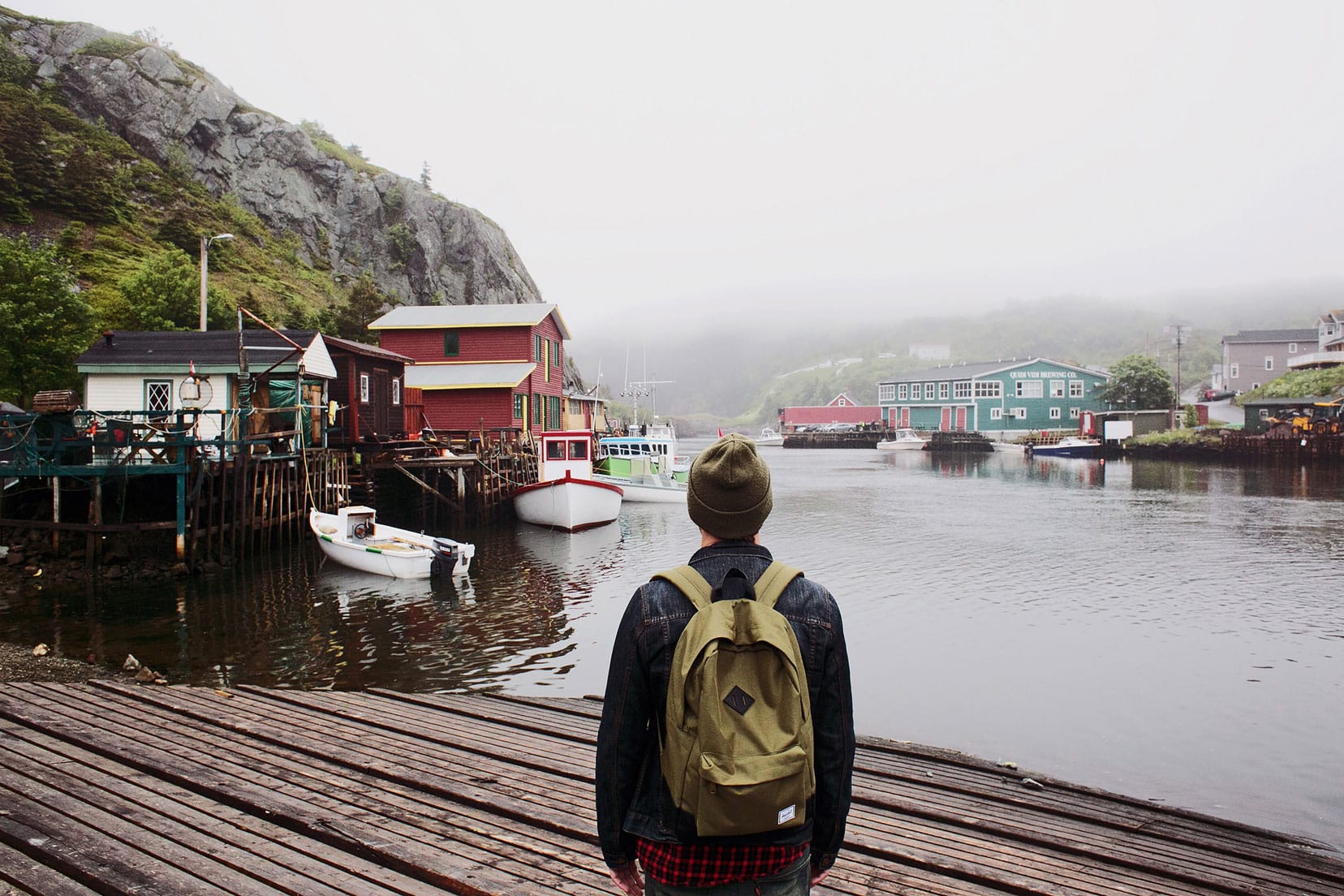 This tiny village feels a world away from modern times, but it’s really a short walk from downtown St. John’s. Lovingly called “The Gut” by locals, this historic fishing village entices locals and tourists with its beautiful sunsets. Check out Quidi Vidi Village Plantation—a crafter’s incubation facility designed to help emerging artists grow their businesses. Watch incredible artists work in their studio and shop their wares as well. A stop at Quidi Vidi Brewery is a must! Order a pint of their iceberg beer, which really is made with water sourced from icebergs. 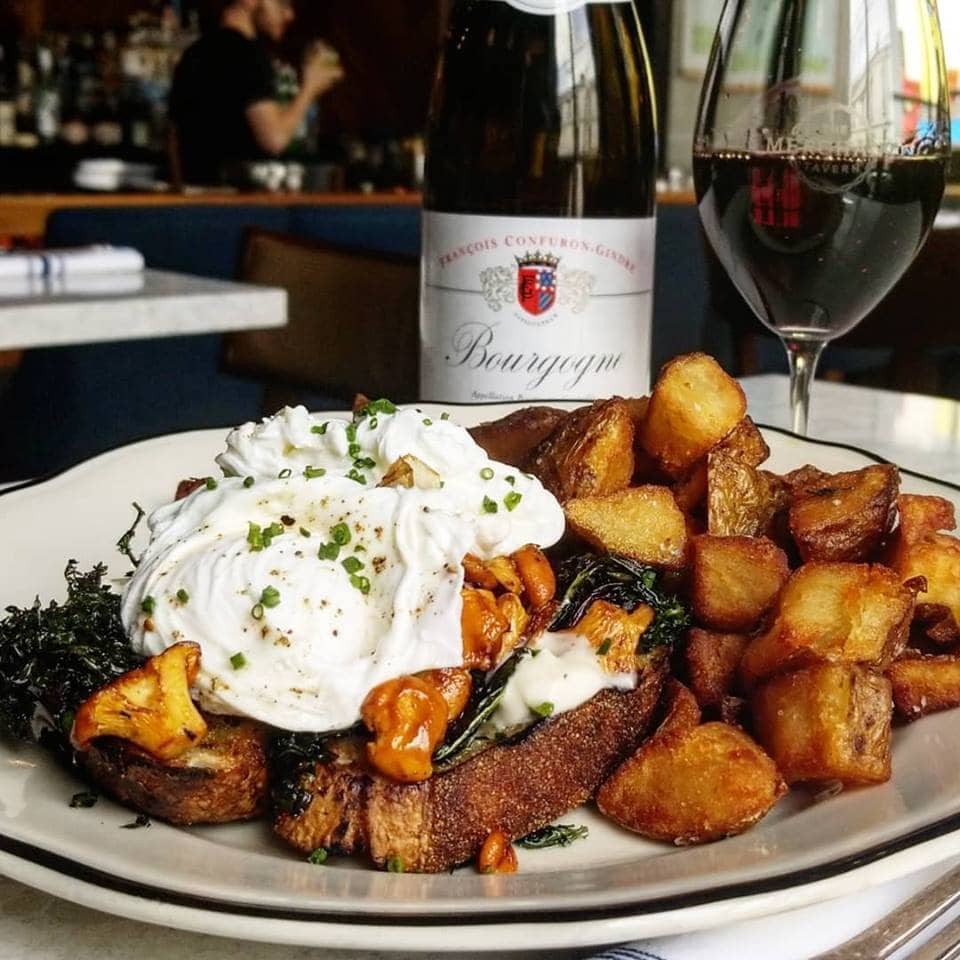 Without merchants, there would be no St. John’s. Hundreds of years ago, English merchants arrived with supplies and goods for fishermen. They’d stick around for a while, catching up with the locals over food and drink. The Merchant Tavern is a nod to this time period, highlighting local ingredients and traditional eats. Try the fish and chips, pan-roasted cod; fresh pasta; and raw bar selections.

Chinched Restaurant and Deli
It’s all about nose-to-tail dining here. Enjoy a selection of housemade charcuteries, as well as dishes made with local ingredients, like squid ink pasta; steamed Newfoundland mussels in curry sauce; braised beef cheek with wild mushrooms and more. They also offer deli meats to enjoy at home.

If you’re a chocolate fan, go here. Hobbyist chocolatiers sold their first box of chocolates at a craft show in 2008. 10 years later, they’re one of the most beloved brands in the province. Their chocolate bars with Newfoundland sayings might be the best souvenir you’ll find!

Craft Council of Newfoundland & Labrador
Find textiles, pottery, jewelry, paintings, and more at this non-profit shop and gallery all about supporting local artists. Looking to get your hands dirty? They also offer pottery workshops throughout the year. 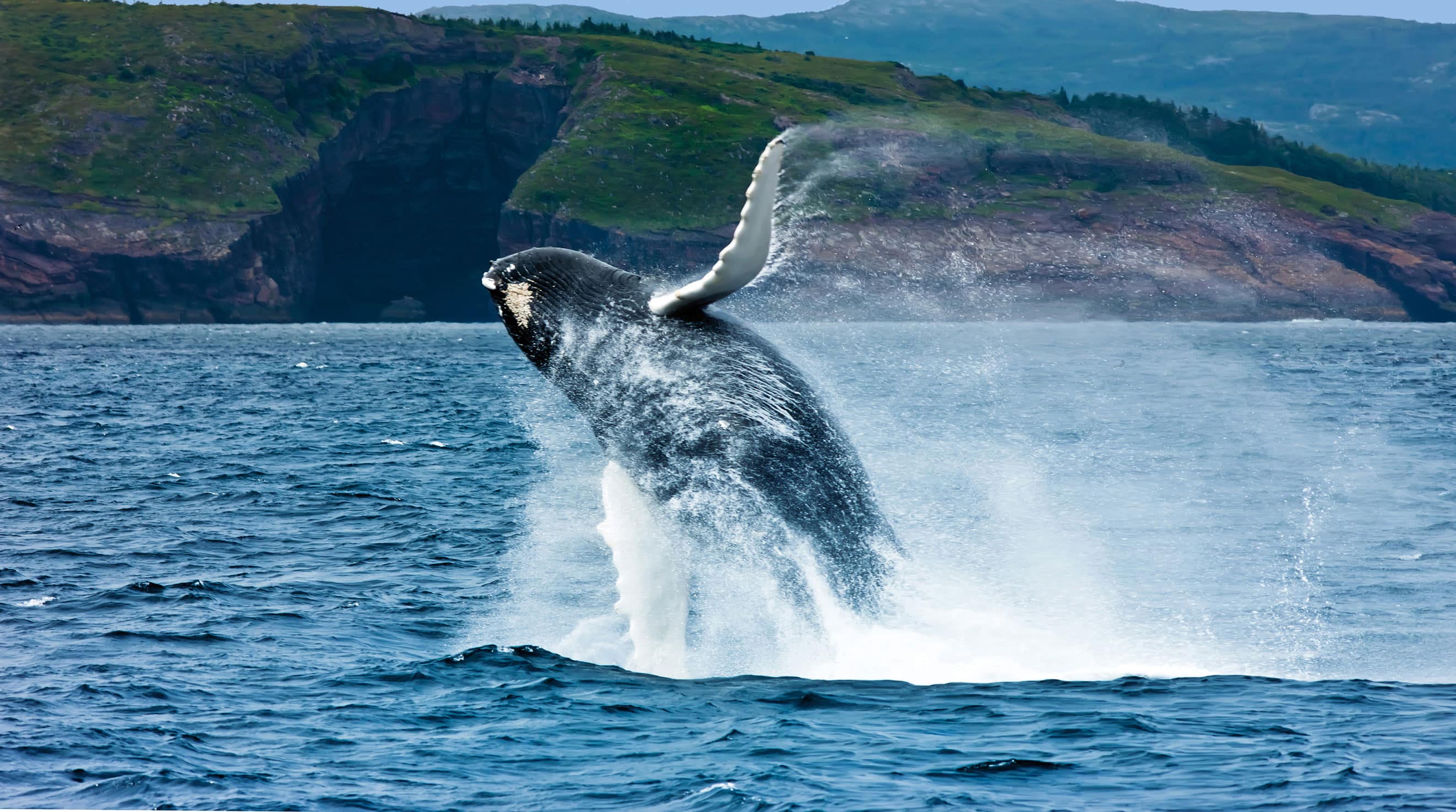 A half-hour’s drive south of St John’s, you’ll find the summer home of 2.5 million seabirds and the largest Atlantic puffin colony in North America. It’s also a notable whale-watching site; in the spring, you could even see a few icebergs! Check it out on your own, or book a puffin and whale watching tour. 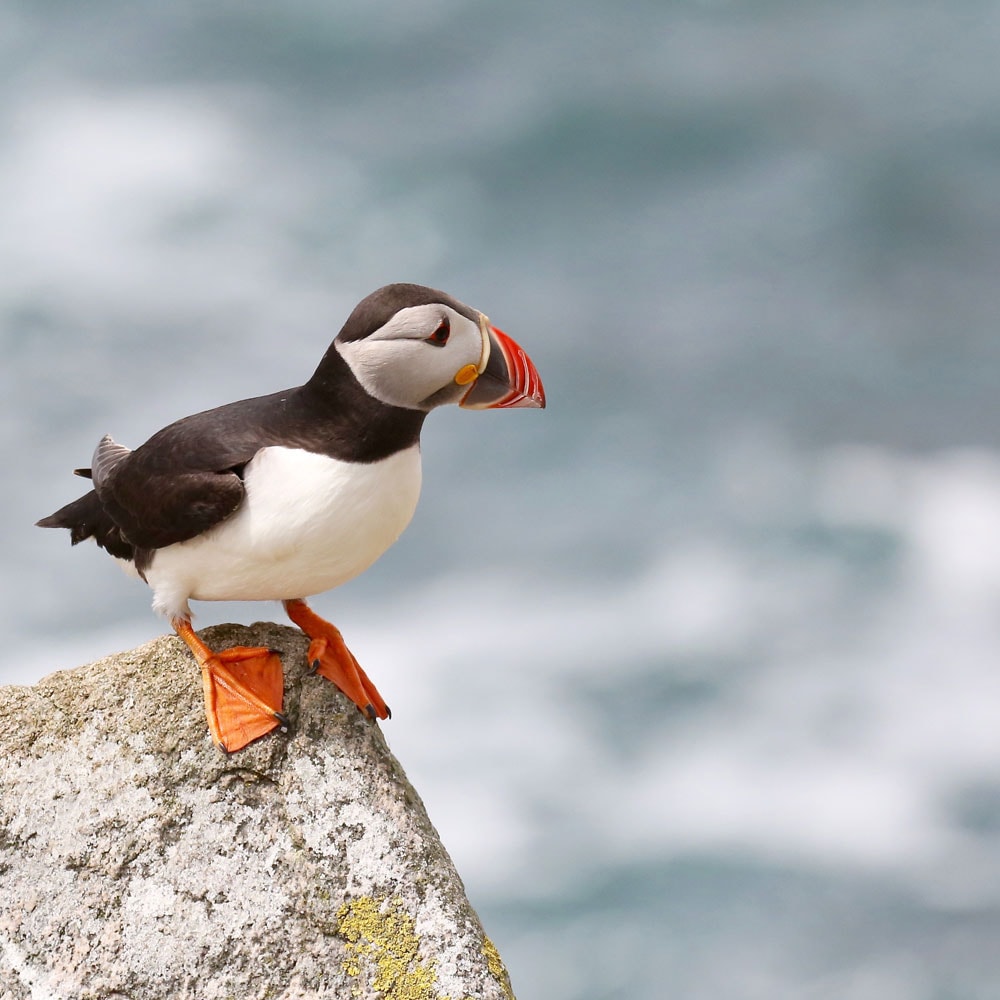 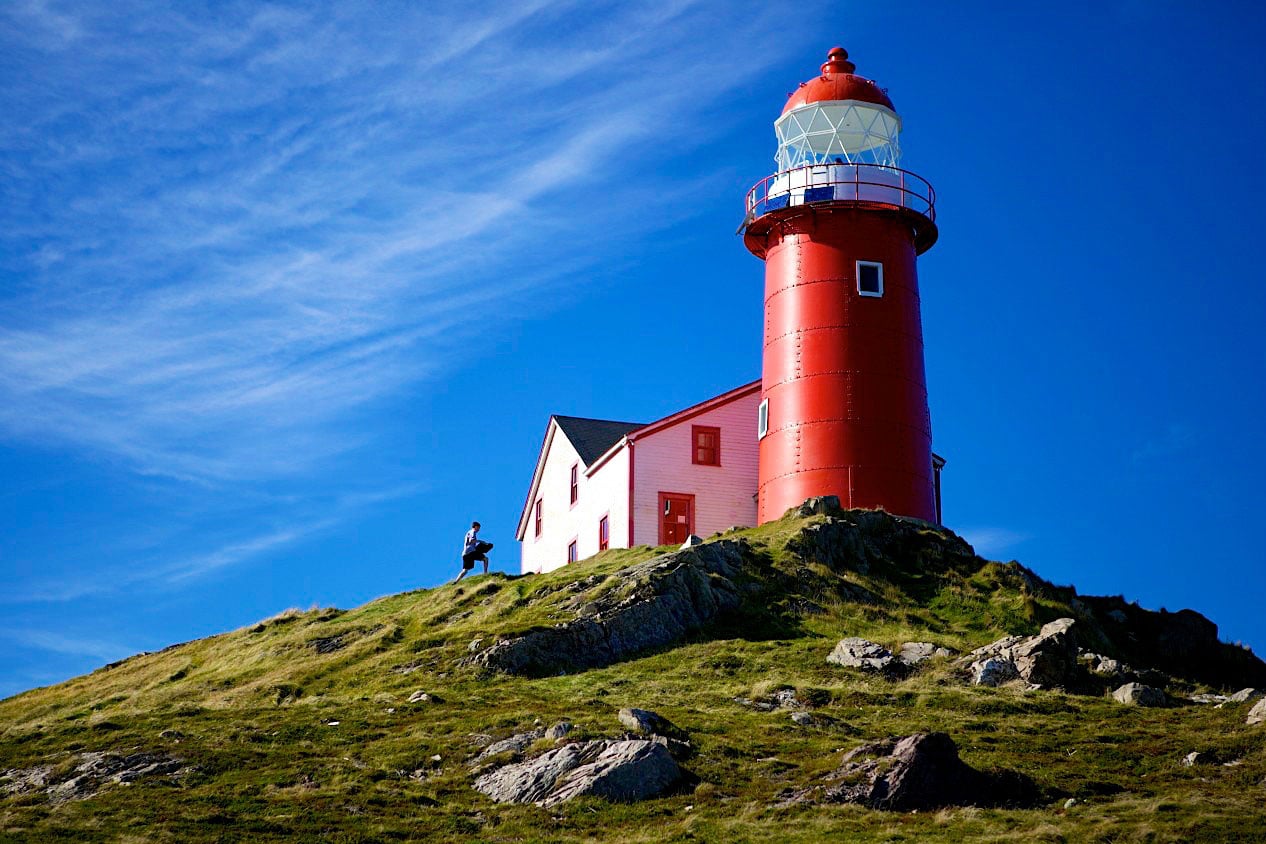 You may notice there’s an Irish vibe throughout Newfoundland—especially on the coastline near St. John’s. The Irish arrived here during the 17th and 18th Centuries, first as summer workers for fish merchants, then as permanent settlers. You’ll see that influence in the food, music, art, and culture here—especially in this historic village. 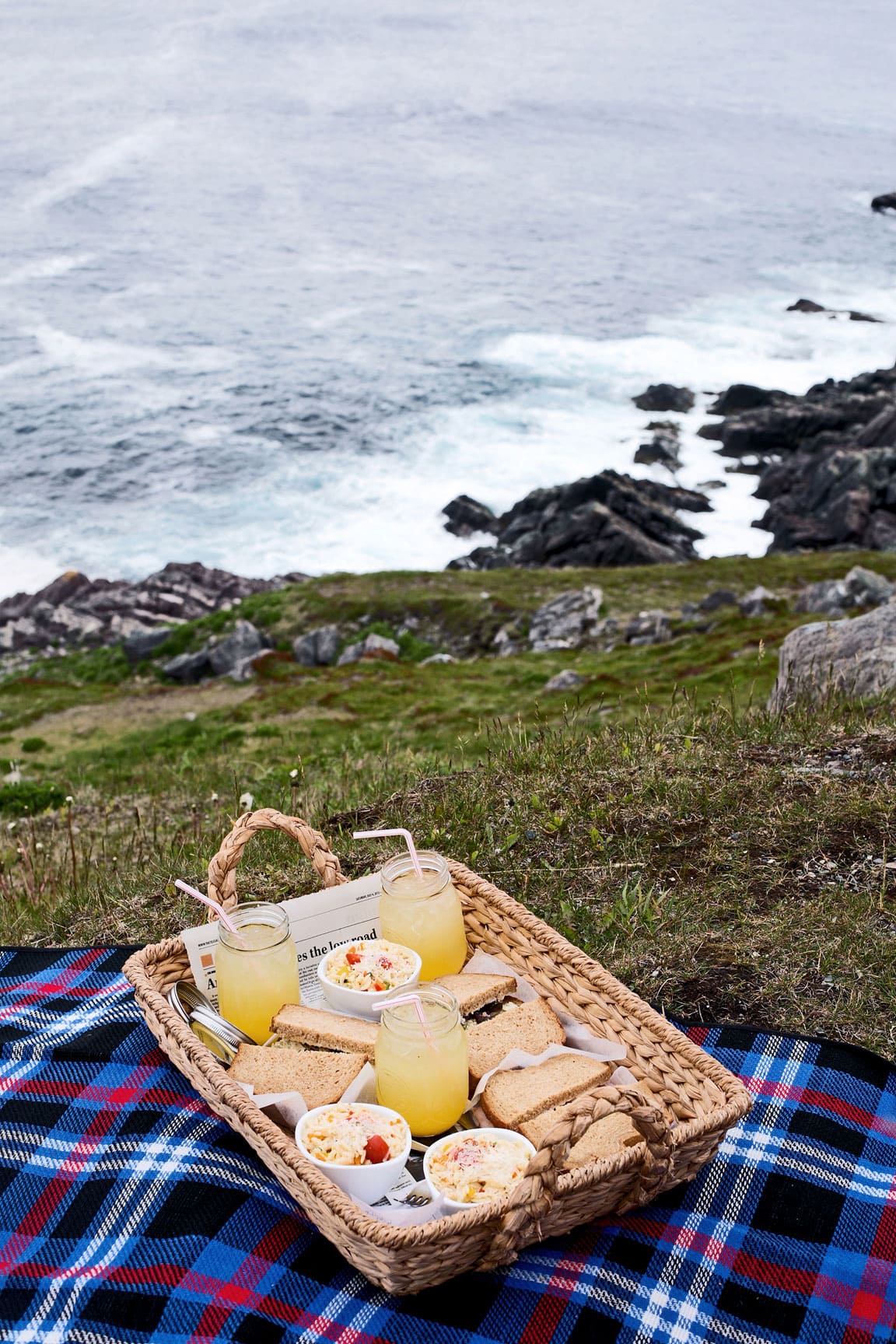 If the weather cooperates, enjoy a picnic lunch at the Ferryland Lighthouse, which dates back to 1870. For a look at what early life was like in the 1600s, visit the Colony of Avalon. Established in 1621 by Sir George Calvert, this place is regarded as the best preserved early English colonial site in North America. Their visitor center showcases artifacts and houses a working archaeology lab. Tour excavation sites with a local guide, where you can actually watch archaeologists on a dig! 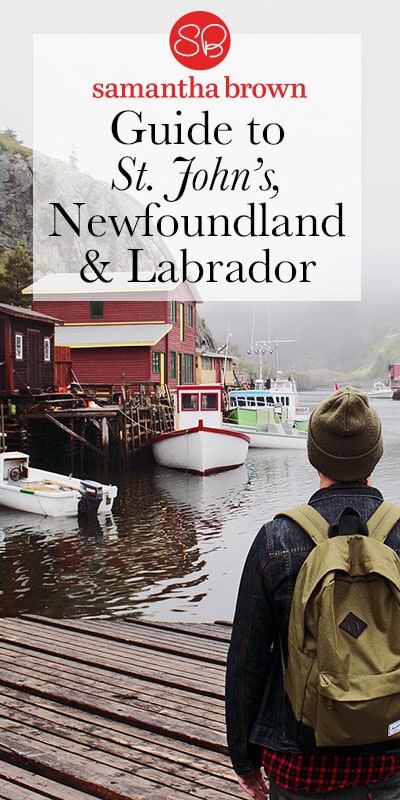