We all have a perception of what certain presidents were like on the job. To really grasp what former leaders were like in real-life, I say there’s nothing better than visiting their home. A handful of presidential homes are open to the public (and I really wish one of them was the Kennedy Compound! Maybe one day!). Here are a few worth visiting. 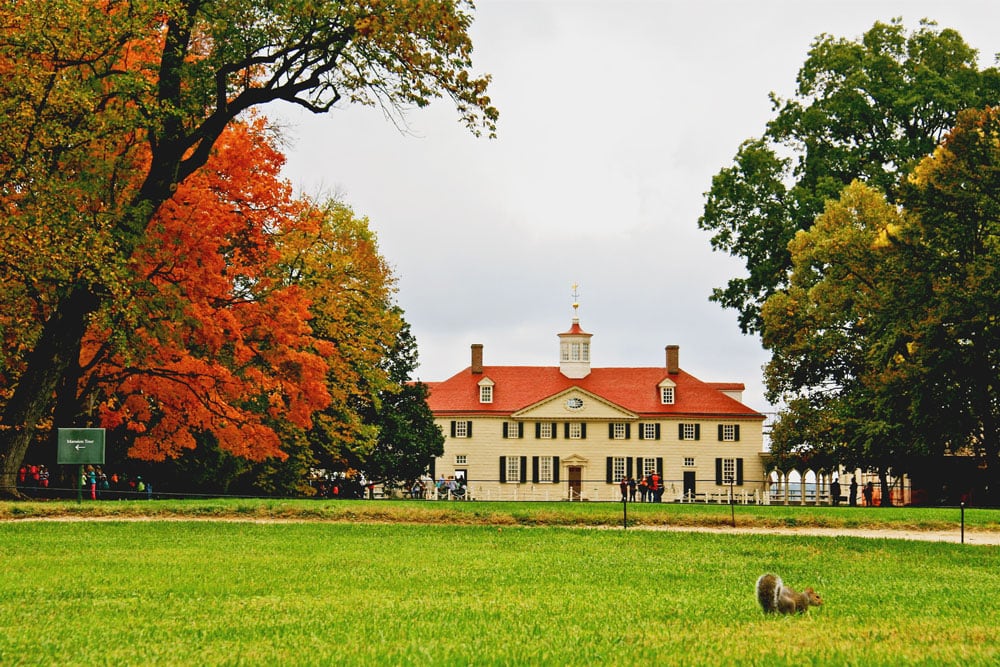 Forty minutes south of the nation’s capital, you’ll find the home of the first American President.

George Washington’s mansion along the Potomac remains one of America’s most iconic 18th-century homes. The building began as a one and one-half story house, built in 1735 by his father. When Washington acquired Mount Vernon in 1754, he spent the next 45 years slowly “McMansioning” the joint. It’s actually where he lived while president—the only one to not reside in the White House. But I supposed that’s because he was overseeing its construction and didn’t want to live through that dusty mess. Presidents: they’re just like us!

It’s not surprising that Mount Vernon offerings are some of the most robust amongst Presidential homes—Washington is the guy who started it all! You may tour the mansion, the expansive gardens, distillery and gristmill, pioneer farm, tombs and museum. Please note that over one million visitors flock to Mount Vernon annually, many of them students on field trips. If crowds make you queasy, Sundays tend to be a little more chill.

Planning a springtime visit to Mt Vernon? Why not go during their annual Spring Wine Festival and Sunset Tour. Celebrate the history of wine in Virginia with exclusive evening tours of the Mansion and cellar. Bring a blanket, relax on the east lawn overlooking the scenic Potomac River, and sample wines made in Virginia. A similar event is held every fall.

For something off-property, enjoy an unparalleled meal along the Potomac at Cedar Knoll. The restaurant sits on land once owned by Washington, and the hearth of the farmhouse that is now Cedar Knoll was constructed in the early 1800s. Since 1941, the building has operated as an inn and restaurant. In 2015, Cedar Knoll opened, featuring American food with a French twist, all made with local ingredients. For something a little more low-key, grab a bite in the Log Cabin room, complete with original log-and-chinking structure and huge stone fireplace. In the summer, the patio is the perfect place for an al fresco cocktail and live music. 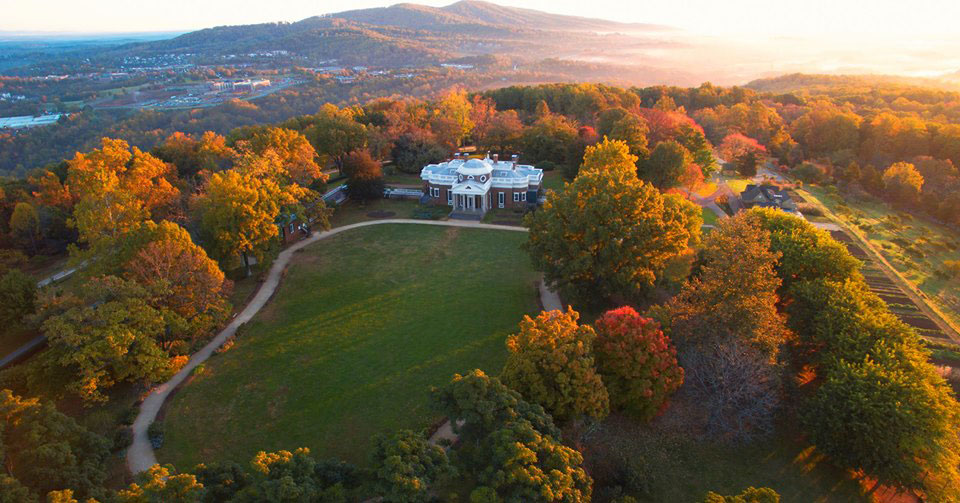 Over an hour’s drive from Richmond, and two-and-a-half from D.C., a trip to Thomas Jefferson’s Virginia plantation isn’t exactly convenient for the majority of the American population. (Unless you’re studying at UVA in nearby Charlottesville!) That said, those who take the pilgrimage will be rewarded with incredible views of the Blue Ridge Mountains, as well as insight to one of the most notable and quotable American presidents.

The price of admission (between $23-29 for adults; $10 for kids 5-10—you can score discount tickets by purchasing online) include guided tours of the home’s first-floor; slavery at Monticello tours; and seasonal guided grounds tours (mid-March—October). If you’re looking for a more in-depth experience, splurge on the behind-the-scenes experience ($62 per person during high season; $42 for low season), which gives you access to the private quarters on the second and third floors, including the iconic Dome Room, plus a more extensive look into Jefferson’s life. For an American history buff, it’s worth every nickel.

It’s hard to miss Michie Tavern, founded in 1784. Located a half-mile below Monticello, accommodated travelers with food, drink and lodging more than 200 years ago. Today, you’ll get a similar treatment, complete with servers in period attire and an 18th-century buffet of southern fried chicken, marinated baked chicken, hickory-smoked pork barbecue, buttermilk biscuits and so much more. It’s touristy for sure, but you are a tourist after all! One big change over the last 200 years? They now accept credit cards.

For other dining options in the area, head to nearby Charlottesville, VA. This college town offers lots of great options, including Tavern & Grocery, Back 40 and The Local. 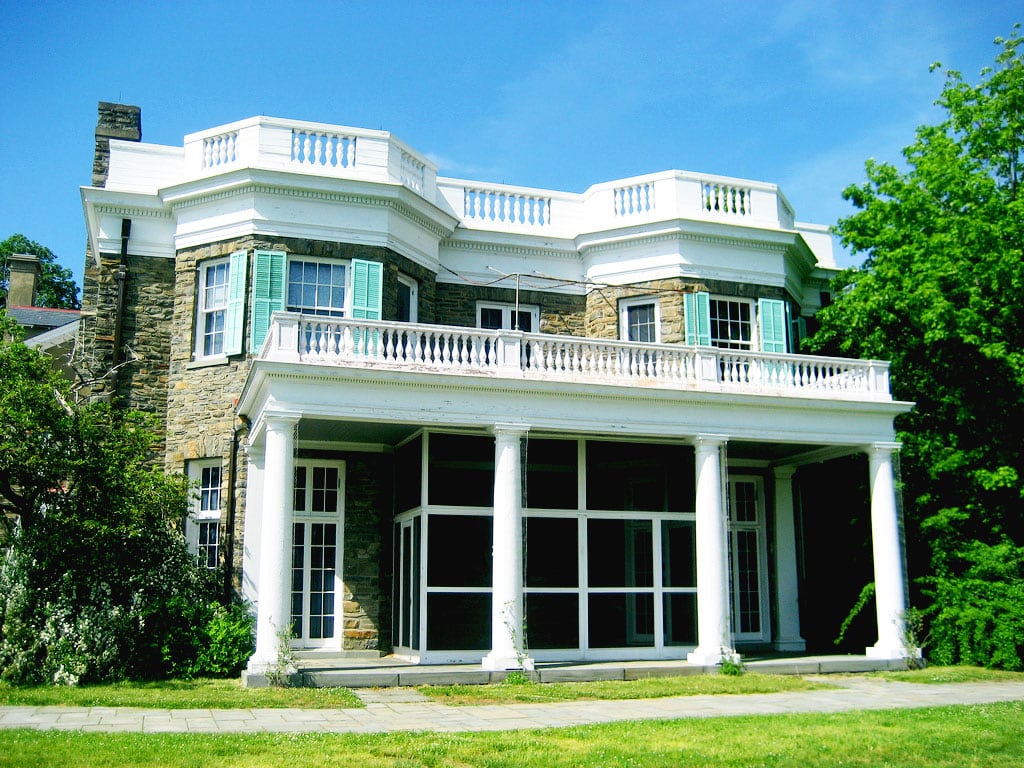 With its incredible Hudson River views and beautiful rose garden, a visit to FDR’s Springwood property is a delightful way to spend an afternoon. There’s a lot to note about this place. First of all, it was not only the birthplace, but the lifetime home of FDR. It’s also the site of the first-ever presidential library, which he opened in 1939 during his presidency while he was still living and working there part-time. Can you imagine letting the public hang out at the sitting president’s home? No way would that ever happen today! $14 gets you in the door, plus a self-guided tour of the FDR Presidential Library and Museum.

In addition to the main property, it’s worth noting First Lady Eleanor Roosevelt’s humble home Val Kill (where she lived until her death in 1962) is just two miles away and open for visitors. FDR’s private cabin, Top Cottage, is located well into the woods on the same property and can be visited by shuttle (the only way you can tour the inside of the cabin) from the main house, or via hiking from Val Kill, about two-miles round trip.

The Culinary Institute of America is just down the road. Why not enjoy a meal cooked by the next generation of great chefs? Choose from a variety of restaurants, including American Bounty Restaurant, the Bocuse Restaurant, Post Road Brew House, Ristorante Caterina de Medici, and the Apple Pie Bakery Café.

PS Here’s link to some of my favorite spots in the Hudson Valley. 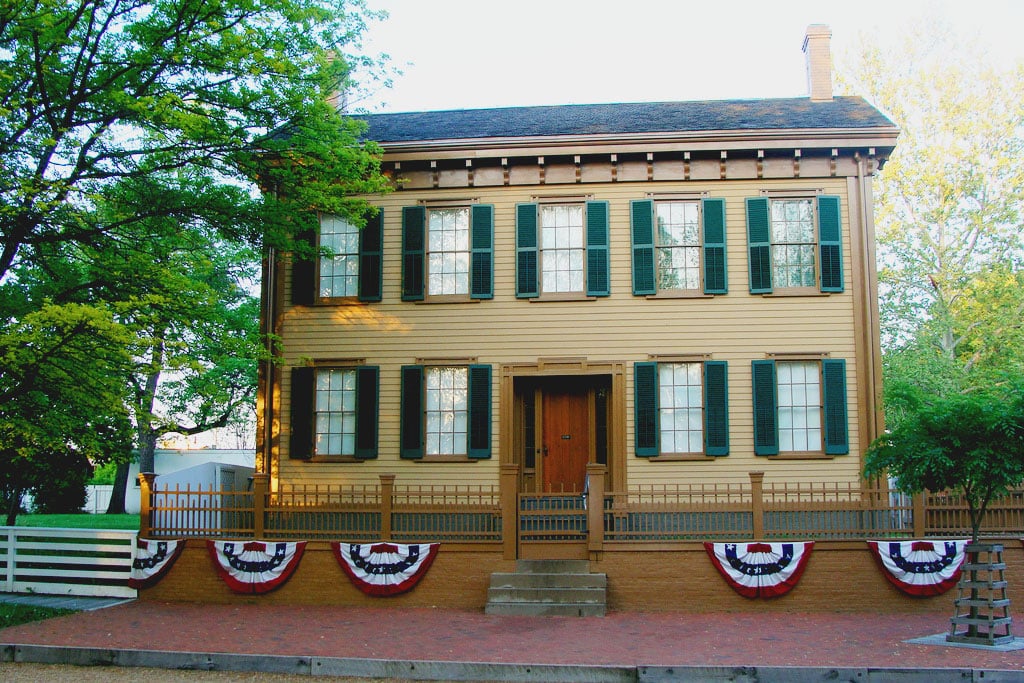 The 16th American President remains one of the country’s most beloved. It’s no surprise his Springfield, Illinois home continues to see a constant stream of visitors—ever since it opened to the public in 1887. Constructed in 1839 and beautifully restored to its 1860 appearance, the 12-room, Greek Revival house was Abraham and Mary Lincoln’s home for 17 years.

Per Lincoln’s family’s orders, the 25-minute ranger-led home tour will always cost exactly zero pennies. That said, hundreds of thousands of people visit annually and tickets are issued on a first-come, first-served basis. Get there early and secure your ticket at the Visitor Center Information Desk.

Does traveling to Springfield for a quick tour of Lincoln’s home seem a bit… light? Don’t worry- there’s plenty to do in the neighborhood. Creatively dubbed the Lincoln Neighborhood, 12 homes in the surrounding blocks have been restored to their original splendor. A few are even accessible by tour.

Continue celebrating America with two of the most iconic foods in the country. Enjoy a corn dog at the Cozy Dog Drive In. Established on historic Route 66 in 1949, you really can’t beat their hot dogs on a stick. More of a burger person? Krekel’s Custard has you covered. Also open since 1949, a cooked-to-order Krekel Burger with fries and a chocolate shake hits the spot. You’ll find seven locations throughout central Illinois, but their Springfield location resides at 2121 N Grand Avenue East.

Have you visited any of these homes, or other presidential homes? What are your favorites? Share in the comments! 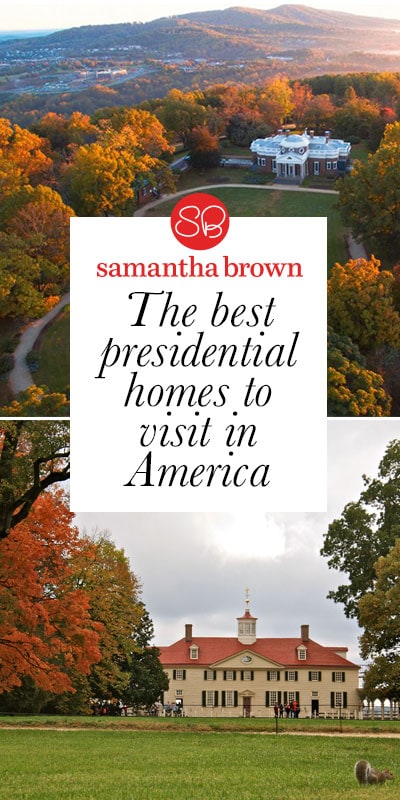 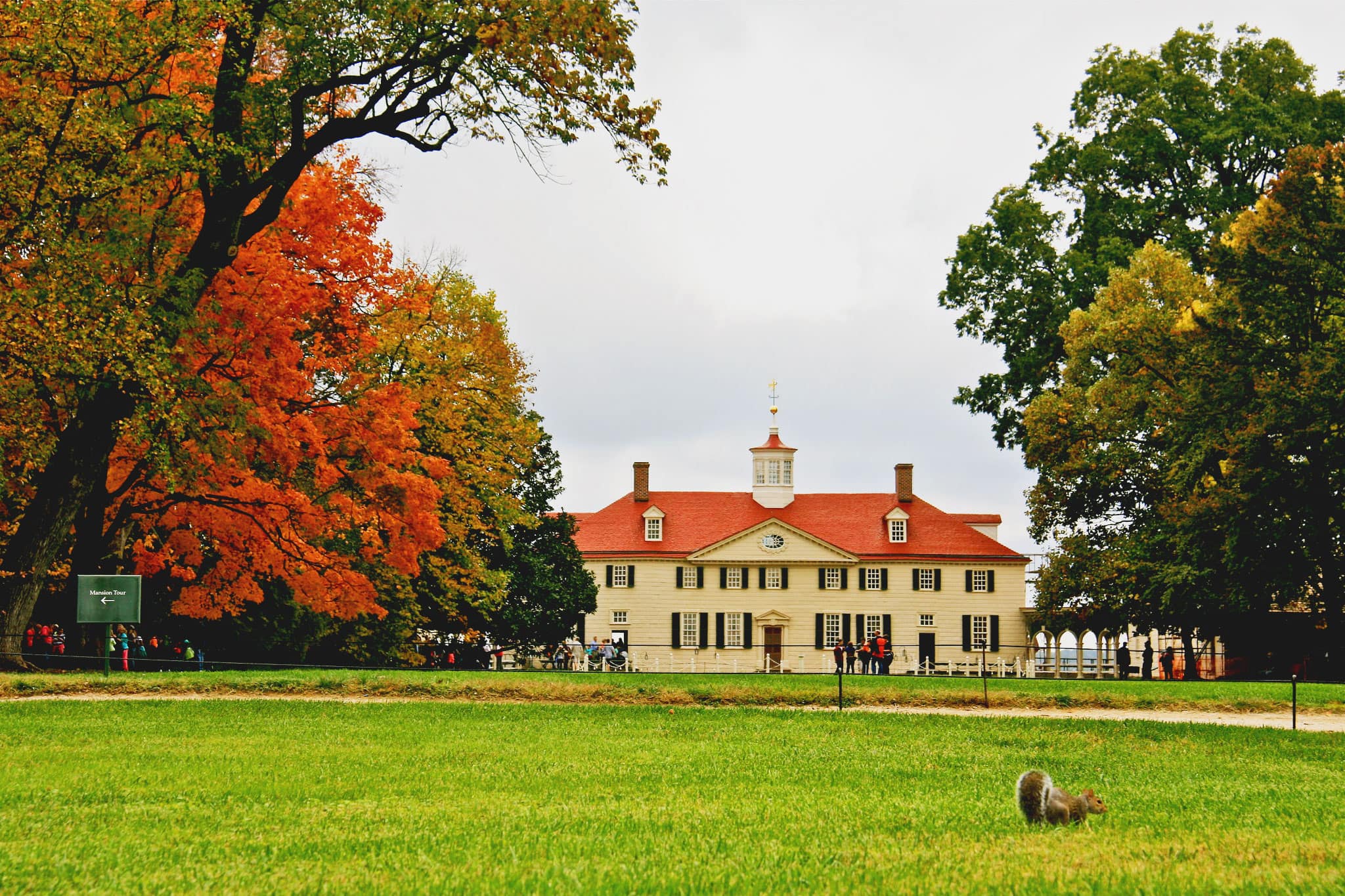