It’s one of the easiest ways to transport yourself to another time. I adore squeezing in to a little two-top, candle lit table with a classic cocktail and just letting the music wash over me. Here are some of my picks for live jazz in the states.

The Big Easy is known for their rich and storied jazz scene. Every spring, they host Jazzfest, which brings in the most legendary and up-and-coming artists in the genre. However no matter what time of year you visit, there’s tons of great options for live shows. First, there’s Preservation Hall. Open since 1961 in the historic French Quarter, this venue hosts talented musicians over 350 days a year. For a more causal NOLA jazz experience I suggest heading to Frenchmen Street, just northeast of the French Quarter. On any given night, there’s eight or nine clubs beckoning passersby with unbelievably live music. Two favorites are Snug Harbor and the Spotted Cat.

When it comes to New York’s jazz scene, there’s so many amazing place to talk about—Bill’s Place in Harlem (where Billie Holiday started out!), the Blue Note in Greenwich Village and dozens more. The Village Vanguard is one of NYC’s great jazz rooms. This iconic spot opened in 1935 under Max Gordon, who ran it until his death in 1989. His 93-year-old wife Lorriane Gordon still owns the place. If you’re a huge jazz fan, you might recognize this venue as the stage for loads of classic live jazz albums from people like John Coltrane, Sonny Rollins, and Bill Evans.

From The Green Mill to Andy’s, there are lots of great places to see jazz in Chicago. But the Jazz Showcase, a 170 seat venue in the South Loop is the oldest historic jazz club in Chi-town. Founded by Joe Segal in 1947, the Segal family still owns and operates the place. However, Joe, age 90, is still the guy who collects the covers and greets jazz lovers as they enter the showcase (how cool is that?). The biggest names in jazz have graced this stage, including Dizzy Gillespie—who for many years chose this spot to play his annual birthday show. Today, you can still see talented local, national and international acts here, seven days a week. Bonus for those with kids: they do a Sunday matinee for families (free for kids 12 and under). Never too early to start working on your little one’s music appreciation.

Back in the day, Pittsburgh’s Hill District neighborhood was a hot bed for some of the most exciting jazz in the country. While many of the city’s most iconic venues have long since closed, their legacy lives on spots like Little E’s, Andy’s and James Street Gastropub. The city also hosts Pittsburgh JazzLive International, a summer jazz festival that’s less insanity than NOLA’s Jazzfest, but features tons of amazing talent.

There are plenty of great places to see live music in the nation’s capital, but I especially love DC’s Blues Alley— the oldest continuing jazz supper club in the states. Since 1965, this renowned “concert hall” (er… it’s really more of an intimate club) more has showcased artists such as Sarah Vaughan, Nancy Wilson, Charlie Byrd and Maynard Ferguson. Enter the stunning Georgetown 18th century red brick carriage house and you’ll find yourself magically transported to jazz clubs of the 20s and 30s. Hey, until someone invents time travel, I’ll take it! These guys still do an iconic dinner and a show, featuring Creole cuisine, steak and seafood. Make a night of it.

What are your favorite venues for live jazz? Share in the comments! 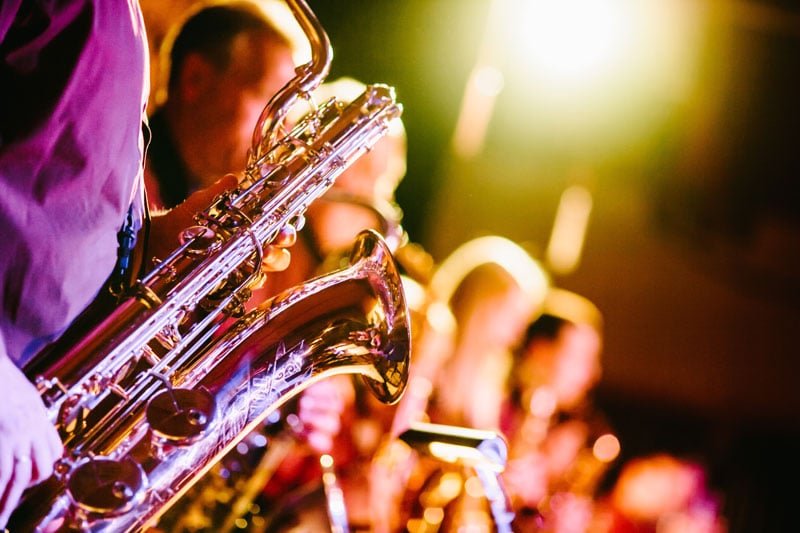