People get trapped into the idea that spring break has to happen at a fancy ski or beach resort. Both are great, which is why these vacations cost a pretty penny. Precisely why I suggest considering a less obvious destination—it’s still a fun trip, but with fewer crowds AND you can probably score a great deal, too. The main things I look for in a great spring break are outings that are just as much fun for adults are they are for kids. Aside from that, let’s be honest, your kids will be plenty happy so long as you stay somewhere with a pool.

Here are my top picks for an alternative spring break. 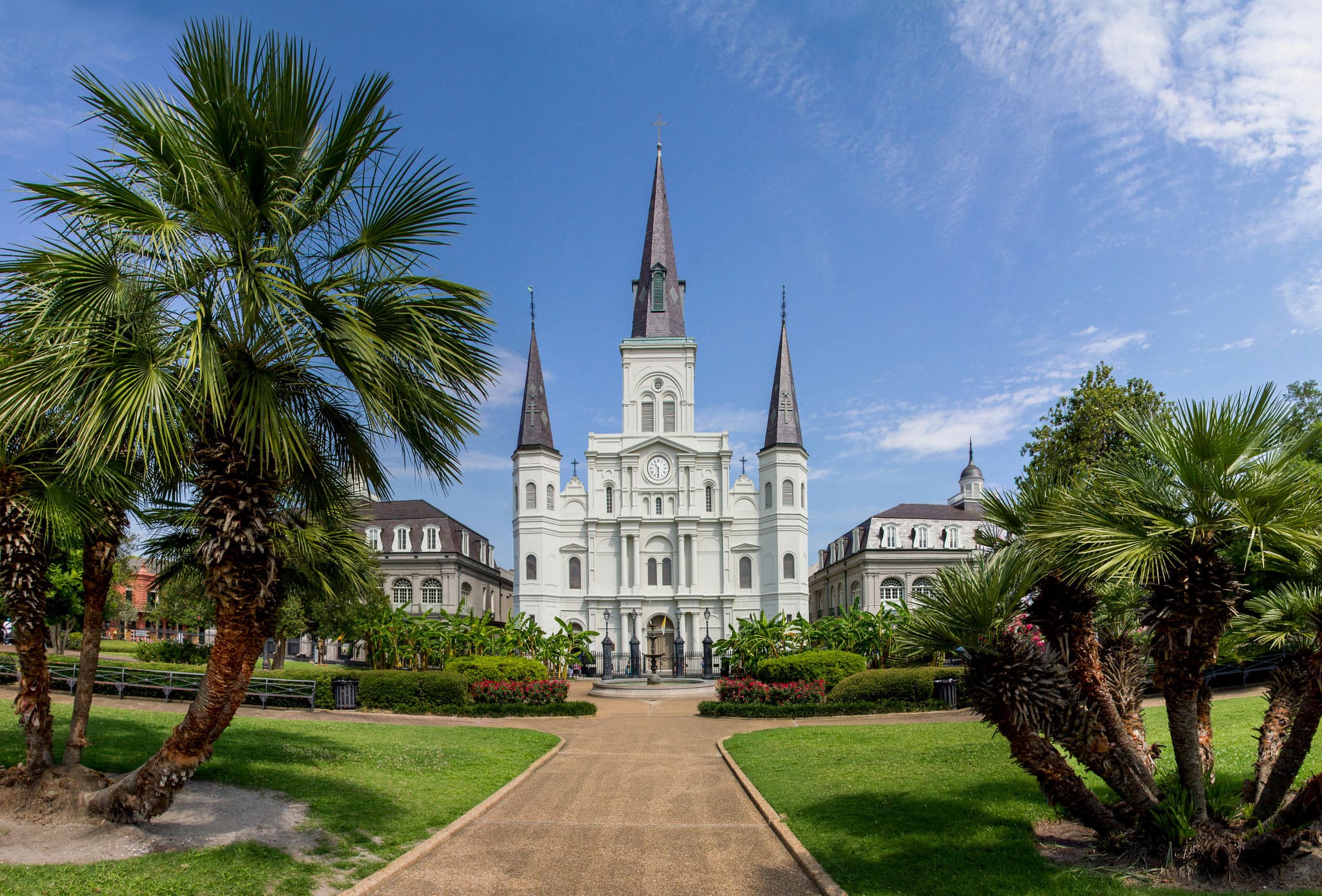 I’d avoid taking the kiddos to the Big Easy during Mardis Gras (I need not elaborate why), but after is a perfect time to explore this incredible city. There’s great food (who doesn’t like a beignet?), enchanting streets and so much weird and wild history that both kids and adults will revel in.

Embrace your inner tourist and take a mule drawn carriage ride through the French Quarter. You’ll find loads of drivers offering their services at the foot of Jackson Square. The tours last about an hour, and if you can swing it, go for a private tour so your kids pepper the guide with loads of questions without annoying too many people. And PS to parents—most tour guides will allow you to bring an adult beverage aboard, so pick up a bloody mary at a nearby watering hole before you start the journey!

Kids of all ages love streetcars, so why not take a ride on one of the city’s wooden electric cars? Functioning since 1923, it’s a history lesson all while going from A to B. Hop aboard St Charles Streetcar—oldest continuously running streetcar in the world– just outside the French Quarter on Canal Street. As it heads toward Uptown, you’ll catch a glimpse of some of the Garden District’s stunning mansions. This line also takes you to Audubon Park and its zoo, a perfect stop for breaking up the 90-minute trip. The park’s Insectarium is equal parts fascinating and gross, which kids love.

Other fun things to do in town: Take an airboat swamp tour. See some live music (Preservation Hall is a jazz club for all ages, no drinking or smoking allowed!). Sign up for a guided tour of one of the city’s famed above ground cemeteries. That last one is better for older kids, and trust me, they’ll be absolutely riveted by the tales of this city’s storied past. 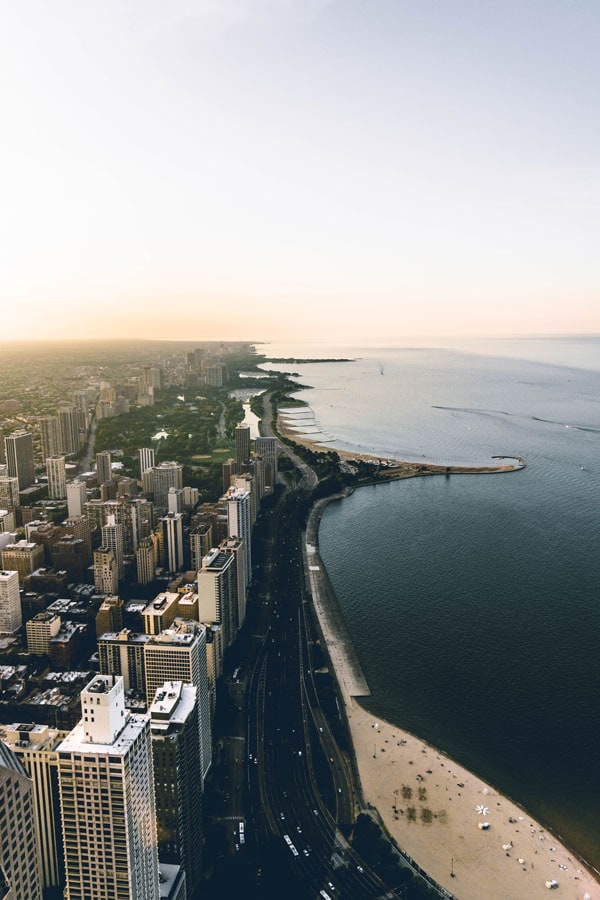 You won’t come back with a tan, but who cares when there’s so many fun things to do! The Windy City boasts some of the greatest museums in the country, plus great food (link to Chicago food blog), and fun shows.

Before you go, watch Ferris Bueller’s Day Off, then follow in his footsteps. Start out with a behind-the scenes tour of Wrigley Field, followed by a walk through the Art Institute of Chicago. Spend a few minutes staring at A Sunday Afternoon on the Island of La Grande Jatte and pretend you’re Cameron. Next, serenade the city atop a float on Michigan Avenue. I’m kidding, of course, but wouldn’t that be fun?!

If you’re spending a few days here and want to visit many museums, I suggest getting a CityPASS, which grants admission to five of seven attractions. Pick from the Shedd Aquarium, Skydeck Chicago, The Field Museum, 360 Chicago, Museum of Science and Industry, Alder Planetarium and the Art Institute of Chicago. If you visit five, you’ll end up saving about $100 per person, and bonus: you’re entitled to express entry. Less time in line is always a good thing, especially when traveling with kiddos. Please note the pass is only good for nine consecutive days.

Other fun outings include snapping a photo at The Bean in Millennium Park, strolling through the Lincoln Park Zoo, and of course, IMPROV! Since shows at Second City typically aren’t kid friendly, I say check out Studio 773’s Storytown. Held on Saturday mornings, every show is different, with children helping to improvise the direction by throwing out suggestions and even hopping onstage to decorate the backdrop. As the tale unfolds, artists construct props, backdrops, modify costumes, and create a unique environment. A pianist not only supplies live music that scores the action, but also creates improvised songs. Fun! 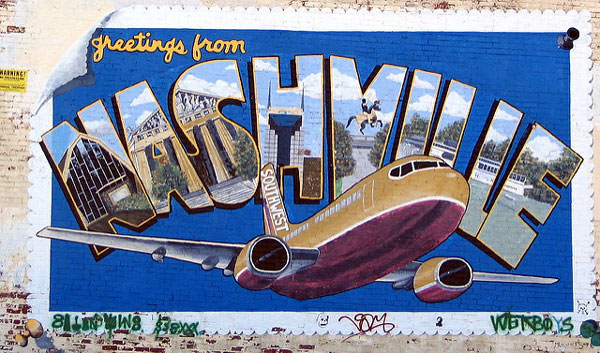 There are so many things to see and do in town for music lovers. Of course there’s the Ryman Auditorium, aka the Mother Church of Country Music. Take a self-guided tour, or opt for a guided backstage tour which includes access to dressing rooms and the stage. Kids and adults will enjoy the Soul of Nashville, a multi-dimensional theater experience that dives into the Ryman’s storied history, complete with holograms, special effects and archival footage.

Older kids will love touring the Country Music Hall of Fame. Even if country isn’t your thing, there’s so much here worth looking at, including Elvis’s insane gold Cadillac. Plus, there’s an incredible Johnny Cash and Bob Dylan exhibit that runs through December of 2017. Who doesn’t love those guys? Be sure to sign up for a tour of RCA Studio B. A small shuttle will take you to this off-site studio, where over 1,000 hit songs were recorded between 1957 and 1977. This intimate tour sells out regularly, so get your tickets ahead of time.

For live music, there’s no shortage of options. Plenty of the honkytonks on South Broadway offer live music and are kid-friendly during the day (though they do get a little rowdier nearing the witching hour!). The Wildhorse Saloon is all ages Sunday –Thursday and 21+ on the weekends from 10pm on. Bluegrass venue The Station Inn also allows all ages so long as kids are with their parent or guardian. Shows at the famed Bluebird Café are all ages. Most nights offer an early and late show. It’s best to reserve a spot for shows Tuesday-Saturday; Sunday (their spotlight show) and Monday (open mic) nights are first come, first served.

Lastly, visit Jack White’s vinyl store, Third Man Records. Yep, I’m talking the Jack White of White Stripes fame. Teach your kids the olden days by donning a pair of headphones and dropping the needle in their listening booth. If you can carry a tune (or even if you can’t), record your own song in the Record Booth. This refurbished 1947 Voice-o-Graph machine that records up to 2 minutes of audio and dispenses a one-of-a-kind 6″ phonograph. Of course, it’s worth spending a little time flipping through the for-sale collection of in-store recordings, featuring both legends (Jerry Lee Lewis) and indie stars (Jenny and Johnny). If you’ve got teenagers, you’ll be the coolest parent in the whole wide world for even knowing this place exists.

Other ideas for an alternative spring break spot? Share in the comments! 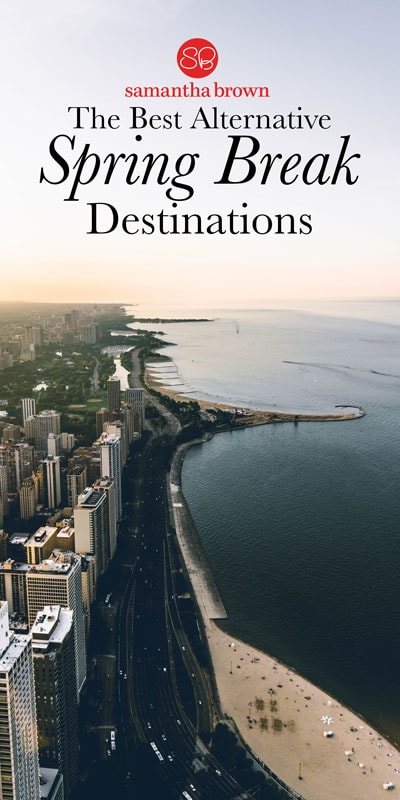 5 Outdoor Winter Activities in Québec City Not to Miss

With so many fun outdoor winter activities in Québec City, it’s no surprise visitors flock…