I’m in a destination that is easily considered to be one of the most beautiful in the world.  A place of immense natural beauty that helps create a wealth of food and drink. But there’s so much more to Sonoma County. Sommeliers let wine “breathe” or “open up” to better taste the flavor. This is a perfect metaphor for what Sonoma County does: It calls to “open up” and experience the subtleties of life people miss elsewhere. Sonoma County not only inspires you to uncover new experiences — it will inspire you to uncover something new within yourself. A fresh sense of adventure. A renewed connection to nature. Here’s why Sonoma County is a place to love.

Behind the Scenes in Sonoma!

Want to learn more about what happened behind the scenes on this episode? Check out my Facebook Live session I did all about the Sonoma County episode.

Sometimes we get so focused on the food and wine of Sonoma that we forget its dramatic coastline. If you want to really get in touch with the beauty of this area’s natural surroundings, connect with Margaret Lindgren, founder of Unbeaten Path Tours. Her company offers privately guided experiences inspired by nature. She brought me to Schoolhouse Beach, a protected area that’s home to incredible sea life, plants and geological formations. From the pebbly beach to whales swimming just off shore, this place simply took my breath away.

Unbeaten Path offers nature walks, as well as yoga classes set in the outdoors. Contact them to create your own jaw-dropping experience.

When you think plants in Sonoma, grapes probably come to mind. But did you know this area is home to the largest collection of carnivorous plants in the world? Carnivorous plants are found on every continent except Antarctica, and if you want to see them in action (or one bring home), this is the place to do it. Peter D’Amato founded this nursery in 1989, and one of his first customers Damon Collingsworth (who purchased his first carnivorous plant from Peter in 1988) now co-owns and manages the nursery. I toured the nursery with Damon, learning about what these plants eat (some enjoy animals as large as rats… yikes!), and even fed a few plants. The nursery is open to the public Thursday through Monday, with knowledgeable staff on hand answer questions and help you pick out a plants.

In 1976 Susan & Stan Devoto moved to the quiet hills of Sonoma County and started farming micro greens on an old apple orchard. Eventually, they bought their homestead property and planted 20 acres of heirloom apple trees, flowers and grapes. Thirty-plus years later, the farm features over 80 varieties of heirloom apples. In 2012, daughter Jolie Devoto-Wade and her husband, Hunter Wade, joined her parents on the farm and made their first vintage of hard cider which they named Save The Gravenstein. They started selling this first batch at farmers’ markets along with cut flowers and eating apples. Hunter and Jolie rebranded their cider Golden State Cider in 2014, started kegging and canning it. It’s a taste of Sonoma, crisp, refreshing and one of a kind.

Try their Save the Gravenstein, a full-bodied, aromatic cider made exclusively from heirloom Gravenstein apples grown in the Sebastopol hills. Some of these apple trees are over 100 years old!

Discover wildest Africa in the heart of wine country. I met with biologist Nancy Lang at Safari West, a privately owned 400-acre preserve featuring herds of wildebeest, romping rhinos and towering giraffes and more. Nancy and her husband Peter own and oversee this incredible place, with nearly 900 animals from over 90 unique species roaming the property. The mission of Safari West is to promote conservation and environmental education, and there’s no more fun way to do that than by taking a bona fide safari. There’s even opportunities to get up close and personal with an endangered white rhino. Not exactly the kind of white you expect to encounter in wine country.

Get a great night’s sleep while getting closer to the wild wonders of Safari West! Spend the night in a luxe safari tent complete with a private viewing deck, en-suite bathroom, polished hardwood floors, and all the wildlife sounds of the Sonoma Serengeti.

One of the wonderful unknowns about Sonoma is that it was home to a man who made so many people laugh. I met up with Jean Schulz, the wife of Charles Schulz, creator of Peanuts. This museum showcases original comic strips, insight into his creative process and more. A trip here is an absolute delight for those of us who fondly remember reading the funnies every Sunday, a pastime that tragically doesn’t happen much anymore. Sign up for a docent-led tour, where visitors can relive a typical day in the life of Charles M. Schulz. You’ll begin at the Warm Puppy Café for an orientation and details of Schulz’s daily routine. Schulz spent most of his workday—in his art and business studio—which is meticulously recreated in the Schulz Museum. It’s lovely listening to Schulz in his own words as he describes the importance of his daily routine.

Charles Schulz mostly identified with the insecure worrier, Charlie Brown. According to his wife, there was a little of him in all the characters: Linus was his introspective side, Lucy was his bossy side, and Snoopy was when he was at his best.

Delicious dairy in the heart of wine country

The Achadinha (Osh-a-deen-a) Cheese Company is a family operated ranch lead by Jim and Donna Pacheco along with their four children. Donna gave me a tour of their idyllic property, featuring green rolling hills, jersey cows, adorable goats and more. The family makes farmstead cheese, meaning they raise the cows and goats, then make the cheese on the property. The cheese is minimally processed and cut by hand, resulting in high quality, rich cheese. They make fresh curds (like fresh curd with sea salt, and garlic goat cheese curds), aged cheese (their Cowpricious features aged goat and cow’s milk), spreadable cheeses and the best butter you’ll ever taste. Achadinha cheese is sold at 40 farmers markets across Sonoma county, as well as online.

Donna offers cheese making lessons on her family’s farm where you will learn a little of the science as well as the art to making great cheese. Best part? It always ends in a cheese tasting. Tours and classes are available by appointment only.

Robledo is the first tasting room in the United States established by a former Mexican migrant vineyard worker. In 1968 at the age of 16, Reynaldo Robledo left his home state of Michoacán, Mexico to work the beautiful vineyards of Napa Valley. He spent three decades working in several vineyards, learning everything he could, and eventually managing vineyards with hundreds of acres and many employees. In 1996, Reynaldo launched his own vineyard management company. His family purchased fourteen different vineyards, totaling to approximately 350 acres, in Sonoma, Napa and Lake Counties. In 2003, the Robledo family opened the first winery established by a former Mexican migrant worker. Although they still sell most of their fruit to other wineries, they also produce an impressive portfolio of premium wines, including Los Braceros—named after the strong Mexican migrant workers who helped build Sonoma’s wine industry. 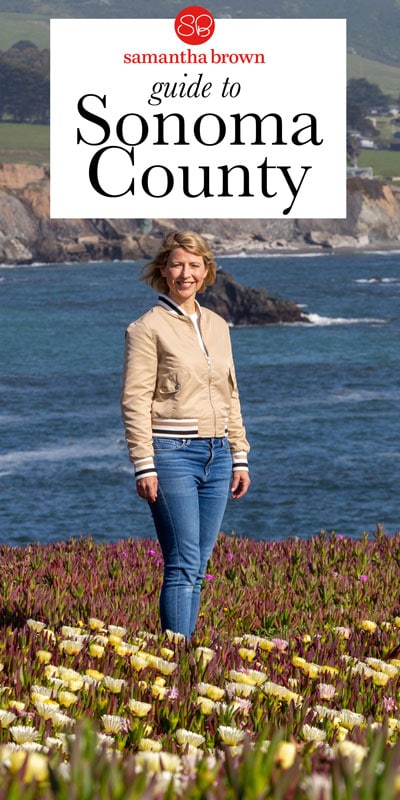 Reynaldo’s cowboy hat and propagation knife are now in the Smithsonian in Washington D.C.