Naples and the Paradise Coast, Florida

Known for thousands of miles of coastline, Florida’s sugar-fine sand beaches and sunshine attract over 110 million visitors annually. In the quest for the ultimate beach vacation, it’s important not to overlook what was there before. From wildlife to indigenous peoples, there’s so much more to Southwest Florida than meets they eye. And while there’s lots of history here, the Sunshine State’s future is looking as bright as ever. It’s easy to see why the Florida’s Paradise Coast is a place to love.

Peace and quiet in the Everglades

When I say Everglades, you probably think gators and airboats. There is so much more to this natural treasure. I had the great pleasure of exploring this park with Don “Woodkayaker” McCumber, a Florida Master Naturalist who has been kayaking in southwest Florida for over 25 years.

Don took me to Paradise Key, by far the quietest and most peaceful place I’ve ever experienced in Florida. Paradise Key’s beach is littered in the biggest shells I’ve seen outside of a gift shop. You’ll find horse conchs, the Florida state shell, as big as your head! What’s more– you might find Calusa Indian pottery dating back 400 to 1000 years.

Crazy fact: It takes one tiny drop of water a full year to traverse the 100 mile, slow moving river that makes up the Everglades. It starts in Kissimmee, Florida and goes down to the Gulf of Mexico.

Where to catch the Sunset

It doesn’t take long to see why people say Naples has the best beach in Florida. This sugar-fine white sand beach stretches for seven miles, with the turquoise Gulf of Mexico waters lapping at its shores. What I really love about this beach is that every avenue in town ends in public beach access point– making the spectacular sunset views accessible to everyone.

The Naples Pier is not only the symbol, but the gathering spot for residents and travelers wanting to experience the big moment. It’s here that you’ll truly feel the heart and soul of Naples.

The Naples Pier dates back to 1888. However, the original was destroyed by Hurricane Donna in 1960. Philanthropists Mr. and Mrs. Lester Norris paid $130,000 to rebuild the pier again, rather than add the cost to local taxes.

The historic Naples Pier is located on the Gulf of Mexico at the West end of 12th Avenue South.

When it comes to action in Naples, it’s all about 5th Avenue. Naples is a ritzy town with sophisticated shops and restaurants, but it also is nicely balanced by its relaxed and welcoming vibe. Bar Tulia remains one of my favorite restaurants in town. Chef Vincenzo Betulia makes from-scratch salumi, pancetta, ricotta and more, just a few of the things that make this Italian kitchen stand out.

Chef Vincenzo owns three restaurants on 5th Avenue alone, but Bar Tulia is unique. It’s small and cozy with a farmhouse vibe, and doesn’t take reservations (which is huge here– people in Naples like to make them). It’s a very live-in-the-moment place.

It’s worth mentioning that Bar Tulia is very known for its craft cocktails. Everything is made in-house, and makes for a perfect bookend for a day spent at the beach.

If the no reservations thing throws you for a loop, you can make one at Bar Tulia’s sister restaurant, Osteria Tulia. Go for delicious Italian eats, like bucatini, osso buco, pizzas and more.

For the Love of Big Cats

If you’re looking for some fun with a hefty dose of education, check out the Naples Zoo. Meander down the property’s paved path, winding nearly a mile past rare and beautiful animals. You’ll see lions, giraffes, monkeys, pythons, and bears, as well as a rare cat that’s native to Florida.

Zookeeper Mary-Kathryn Mitchell introduced me to Athena, a panther who was abandoned by her mother in the wild. Unfortunately, their male panther, Uno, died shortly after we filmed this segment from complications of his injuries. It’s estimated that only about 200 Florida panthers are left in Florida, and as far as captivity goes, the Naples Zoo is the closest to their natural habitat. These cats are only brought here if they would not have survived in the world, and there is no breeding program at the zoo.

Panthers prefer a solitary existence and want to keep to themselves– they’re typically nothing to be afraid of. The whole purpose of the habitat is to educate Floridians and tourists alike about the big cats living in their backyard.

Visitors can take part in the Backstage Panther Experience an intimate six person interaction where you see the mission of The Naples Zoo in action. Call the Zooline at 239-262-5409 for more information.

The best eats, hiding in a strip mall

When it comes to great food, I always like to find hidden gems tucked away in unassuming strip malls. Naples is no exception – you can find some of the best eats away from the more famous restaurants on 5th Avenue. I met up with restaurateur Pam Pishner at Grouper and Chips, the restaurant she’s owned for 25 years.

Pam came up with the recipe for a fried grouper sandwich years ago. Today, that same recipe has earned her the title of #1 fried grouper sandwich in Southwest Florida. A few things make her food special, including the fact that all the fish is delivered fresh, daily. It has to be– there’s not enough room in the tiny kitchen to store it!

The other thing is the personal service. Pam runs the restaurant with her daughter, Natalie, and just a handful of employees. Everyone is invested in making this business great, and has taken ownership in its success. You can really taste that in every bite.

Grouper are born and mature as females, but have the ability to change to the opposite sex after sexual maturity. They live in small groups containing one male and 3 to 15 females. If the male dies, the largest female will change sex to take over the harem. What?!

Marco Island is known for its wildlife, beaches, and calm waterways, perfect for kayaking and paddleboarding. I’ll bet you didn’t know it had a fabulous live music scene. I met up with Christina Ortega and Taylor Freydberg, both members of the musical group, The Woodwork.

In the land of Jimmy Buffet cover bands, their folk-meets-jazz with a little bit of swing is a delightful discovery. Founded in 2016, this group of talented musicians got their name form the idiom “out of the woodwork,” symbolizing a close tie with the mystery of the natural world. The Woodwork plays regularly at The Oyster Society, as well as other venues around southwest Florida.

Seeing a dolphin in the wild still makes my heart skip a beat. The best way to get up close and personal with these majestic mammals? Book an outing with the Dolphin Explorer. Launched in 2006, the 10,000 Islands Dolphin Project is a long-term study of the abundance, distribution, movement and behavior of bottlenose dolphins. Naturalist Kent Morse took me out to help him identify the dolphins off the shores of Marco Island.

The program uses ‘photo-identification,’ identifying dolphins by their dorsal fins which act as their ‘fingerprints.’ As a temporary member for the crew, you participate in sighting, counting, and confirming of individual dolphins. It’s educational and fun, not to mention a lovely way to get out on the water.

The 10,000 Islands Dolphin Study is the only on-going study of wild dolphins in southwest Florida, and the only one in the US that engages with general public.

Finding beauty in an unexpected place

The thought of hiking through a swamp probably doesn’t make most people giddy with excitement… more like panic with anxiety! However, Big Cypress National Preserve Naturalist Trish Elser changed my mind about that. Once you get over the fact that there may be snakes and gators very nearby, you’ll find yourself floored with the sounds, scents and understated sights of this foreboding place. I can see how a place like Big Cypress can win the hearts of city dwellers like me.

Congress established the Big Cypress National Preserve in 1974 as a national preserve – not a national park – a distinction that allowed traditional activities such as hunting to continue within the preserve’s boundaries.

The Ansel Adams of Big Cypress

The gulf may get all the press in this part of Florida, but once you see this state through the eyes of photographer Clyde Butcher, you’ll start finding beauty elsewhere. For over 55 years, Clyde has captured the essence of Big Cypress in his beautiful black and white images. View his work at his Big Cypress Gallery, located within the preserve, far away from civilization. Clyde purposely makes his images large format, and tries to capture the entire landscape in the hopes of making the rest of us feel like we’re walking into his photos.

Clyde says there’s a magic in Big Cypress, and it’s all about solitude. He spent time shooting photos in Yosemite and would meets hundreds of people on the path. In Big Cypress, he’s almost always alone.

Clyde thinks of himself as an educator rather than an artist, showing visitors how to see the beauty in his backyard (not to mention how you don’t need to be afraid of the gators and snakes). And if you want to stay in his backyard, there’s an onsite cottage available for rent! 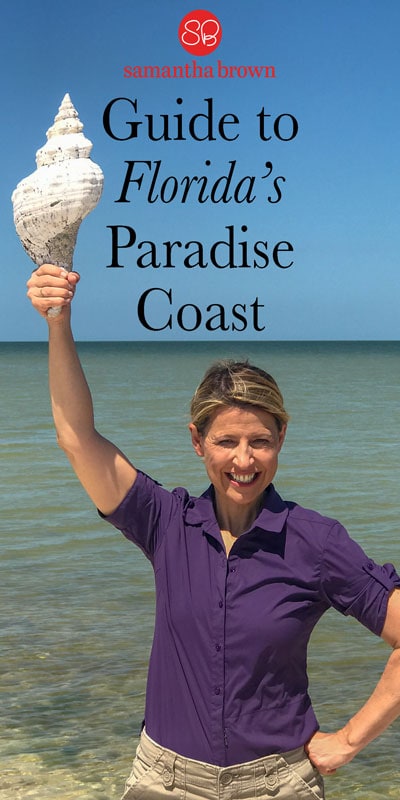 If you’re looking to appreciate Florida in a new way, visit Clyde’s gallery. Located along the scenic Tamiami Trail (U.S. 41), 47 miles east of Naples and 36 miles west of Miami at Mile Marker 54.5, it’s in the middle of nowhere in the best possible way. Behind the gallery, you can participate in swamp walk eco tours, and photo safaris. 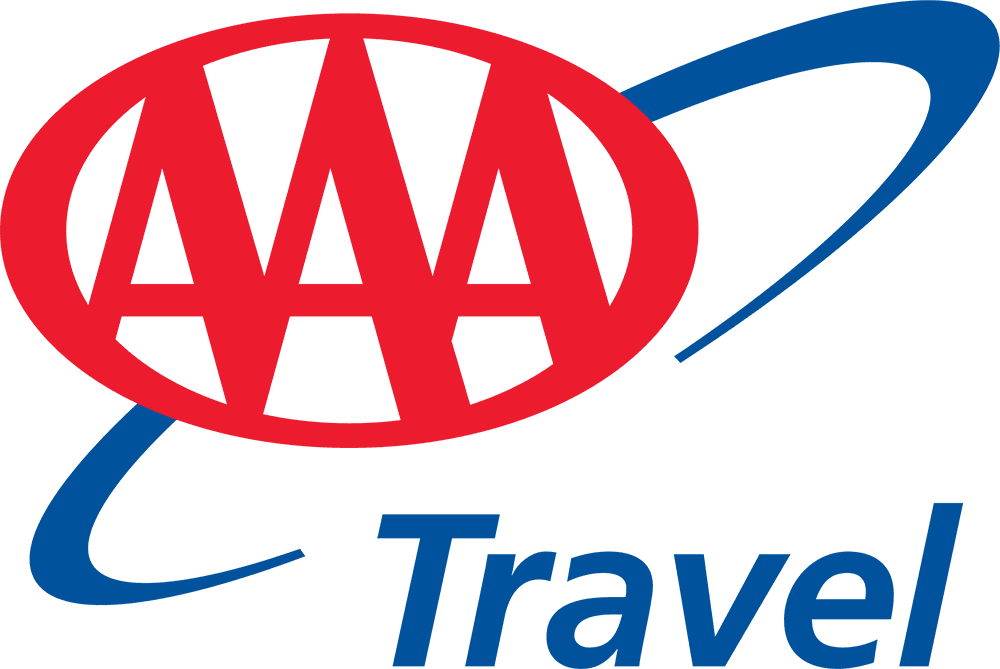