With its 42 miles of coastline, Orange County is one of the most picturesque regions in the USA. Stretching in between LA and San Diego, it’s a beloved playground for surfers, artists, and a few Real Housewives. On my trip, I met legendary surfer, PT Townend, hopped aboard the oldest privately owned ferry in the world, learned about the vibrant Vietnamese community in Westminster, and assisted in the release of a sea lion back to the wild.

It’s easy to see why the OC is a place to love.

A boat ride and history lesson in Newport Beach

When you think of the oldest ferry in the world, you probably imagine some place in Europe. But that distinction actually goes to the Balboa Island Ferry, providing continuous service for vehicles, cyclists, and pedestrians between Balboa Island and Balboa Peninsula since 1919. The business started by Joseph Alen Beek is still operated by the family.

Rent your own vessel! A duffy boat is unique to the area, and is essentially like a golf cart on the water. It’s an easy way to explore the world’s largest small boat harbor. Reservations recommended.

Huntington Beach is the place to experience SoCal’s iconic surf culture. And who better to show me around than World Champion surfer, PT Townend. Townend, awarded his title in 1976, says the only thing in town that may be more legendary than the surf scene is Huntington Beach’s pier. First built in 1904, this overwater walkway has been rebuilt a number of times due to erosion. It’s a perfect spot to look over Huntington’s pristine eight miles of beach.

Want to do a deep dive into surf history? Visit the International Surfing Museum in Huntington Beach. This non-profit organization is dedicated to sharing the history and future of surf culture in Surf City, USA

A taste of Saigon in SoCal

Also known as Little Saigon, Westminster is home to a large number of Vietnamese immigrants. It’s here I met Janet Nguyen, the first Vietnamese American elected to the California Senate. Nguyen brought me to one of the community hubs, Thành Mỹ Restaurant.

Owned and operated by Anh Chi Ba for 40 years, the eatery was once surrounded by farmlands, strawberry fields, orange groves, and trailer parks. Today, this area is a bustling Vietnamese community, with Thành Mỹ remaining a steadfast landmark. If you haven’t had much experience with Vietnamese food, it tends to be light and full of grilled meats, fresh veggies, lots of herbs, plus sweet and sour sauces, and ample rice and vermicelli noodles.

Try the Thành Mỹ grilled and wrap sampler—essentially a greatest hits menu of some of the best Vietnamese appetizer.

The most sought-after accommodations in SoCal.

You’ll find a real estate time capsule halfway between Newport Beach and Laguna Beach. Founded in the 1920s, the beach front cottages at Crystal Cove remain some of the most sought-after accommodations in the state of California. It’s not because they’re fancy, nor full of crazy amenities—these simple cottages, located in a state park, have largely remained the same for decades.

Crystal Cove Alliance Founder and Vice President Laura Davick is one of the driving forces behind keeping these quaint cottages in pristine condition. Davick, who grew up in Cottage 2, wants to preserve this little piece of Pacific Coast history for generations to come. Feeling lucky? Try to book one. Though affordable, they’re in high demand. Reservations are offered on a daily rolling window reservation system. Each morning, you have the opportunity to reserve a cottage six months in the future from the current day.

Have a very California moment at the LAB

Twenty-five years ago, many Americans did most of their shopping at a suburban mall. In Costa Mesa, a different kind of shopping experience formed. Founded in 1993 by Shaheen and Linda Sadeghi (lovingly referred to as “The Last Hippies in the OC”), The LAB Anti-mall stands for “Little American Business” and that’s exactly who you’ll find here. Shops, communal areas, yarn-bombed trees, live music, art installations and food, the LAB isn’t about mass consumption—it’s about supporting and fostering creativity.

Experience the OC’s agrarian roots in the Anaheim Packing District

Orange County may have earned its name from its days as an agricultural hub, but there’s really not a whole lot of farm left here. The exception may be the Anaheim Packing District, where local farmers once unloaded trucks of freshly picked citrus to begin the packing process.

Today, the restored Packing District is a different kind of culinary hub. The 42,000-square-foot Packing House is now redesigned as a beautiful food hall reminiscent of the great public markets of South America and Europe. More than 20 artisan food producers and purveyors in a public market setting.

The Packing District also includes the restored Packard Car Showroom, now home to Anaheim Brewery. Owned and operated by Barbara & Greg Gerovac, the brewery is inspired by the beer of Bavaria, where the couple lived for seven years. In 2010, after the Gerovacs moved to the OC, they started the brewery. Try a pint of their flagship Anaheim 1888®, based on the style of beer brewed at the original Anaheim Brewery, which closed during Prohibition.

Grab something to eat at the market and bring it to Anaheim Brewery’s beer garden. Let your kids run around in Farmer’s Park while you kick back with a pint. Update: This location has permanently closed.

Packing District is located at the intersection of Anaheim Blvd and Santa Ana Street in Anaheim.

Is there anything more adorable than a baby seal? I don’t think so, and that’s partly what makes the work at the Pacific Marine Mammal Center tug at my heartstrings. As the first marine mammal rehabilitation facility in California, the nonprofit veterinary research hospital and educational center is dedicated to the rescue and rehabilitation of ill and injured marine mammals – primarily elephant seals, harbor seals, and California sea lions.

After an animal is rescued, it’s brought to the hospital for vet care, feeding and hydration. After a successful rehabilitation (three months, on average), the ultimate goal is to release the animal back to the ocean. I had the great pleasure of not only sponsoring “Billy” the seal, but witnessed his release. Absolutely incredible. 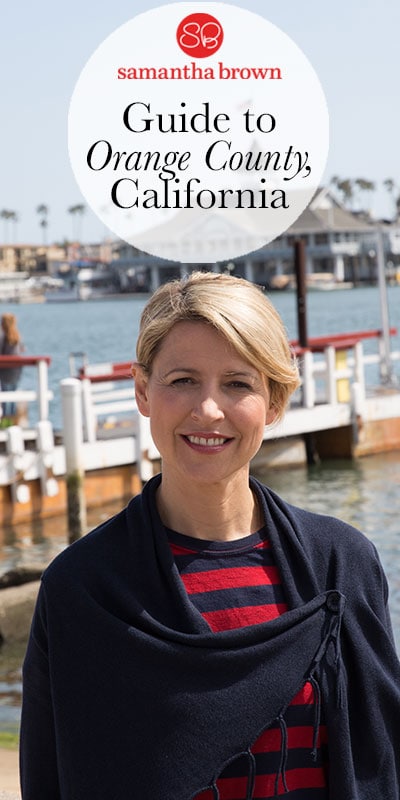 Pacific Marine Mammal Center is open to the public for visitors every day from 10am – 4pm. There is no charge for visiting us, but donations are appreciated!