Vacation is just around the corner—and that means the Mayan Riviera is about to flood with tourists. There’s something absolutely lovely about the resort vacation experience. It’s easy, often with lots of activities for kids and adults. And let’s be honest, if you go all-inclusive, it’s easy to relax knowing you don’t need to worry about food, drinks, or paying for anything other than tips. I’m not above drinking a piña colada at breakfast. It’s kinda like a smoothie, right?

All that said, the Yucatan Peninsula offers a lot more than all-inclusive resorts. Ancient ruins, colonial architecture, stunning swimming holes, and incredible wildlife all call this part of the world home. However, you won’t see it if you don’t leave the pool.

Here are two Yucatan destinations that showcase the region’s beauty. 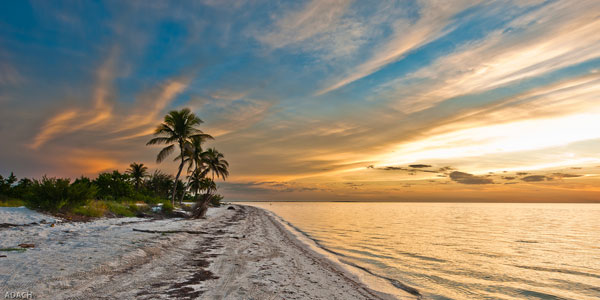 Located just 40 miles northwest of Cancun you’ll find quaint Holbox Island. Less than 2,000 people call this 26-mile strip of land home, most employed in the fishing and tourism industries. If you’re expecting that all-inclusive party vibe, it’s probably not up your alley. Holbox is all about boutique hotels (like hotelito, Mawimbi), perfect for lazing the day away while sipping on a michelada. Oh, and a day at the Casa Tortugas spa is a must for those craving extra R&R. 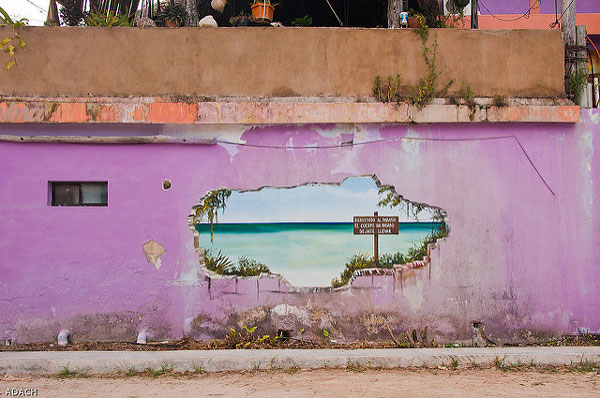 Holbox is also a great destination for birders. Of the 520 bird species known to exist in the Yucatan, at least 155 annually feed, nest, or rest in Holbox at some point annually. Isla Pajaros, a 30-minute boat ride from Holbox, offers incredible viewing of flamingos, pelicans, ducks, and other species. Though people aren’t allowed to hike in this bird sanctuary, there are a few viewing points and walkways on the island. 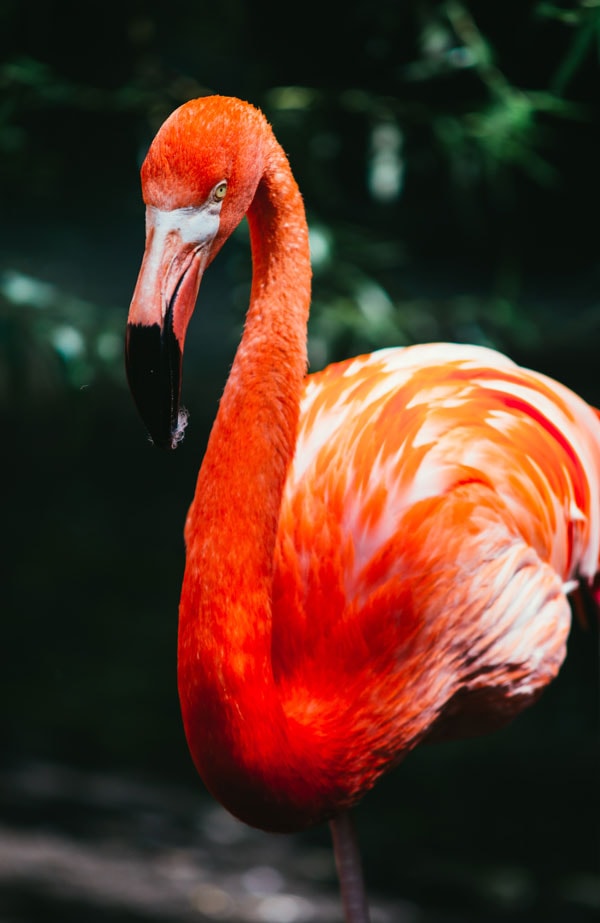 I know most people think of Mexico in the cooler months, but there are three reasons why you may want to consider a trip in the summer. One, cheaper prices. Two, 40,000 flamingos hunker down on Isla Parajo from April through October. Let’s be honest, who doesn’t love a pink flamingo?! And lastly, whale shark season. Between June and September, these gentle giants populate the waters around the Yucatan. Though they feed only on plankton, jumping in the water with such large animals (I’m talking the size of a bus!) isn’t for the faint of heart. That said, when you can partake in an incredible, once-in-a-lifetime opportunity, I say do it! 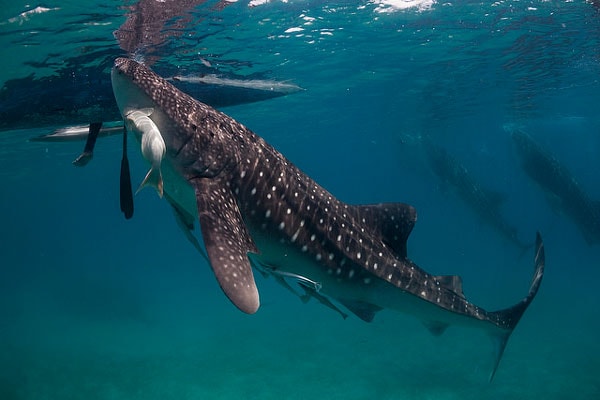 Getting to Holbox is fairly painless, and is doable as a long day trip for those staying in Cancun’s hotel zone. Opt for a private flight from the Cancun airport, hire ground transport followed by a ferry ride, or drive a rented car to Chiquila, the ferry point. Please note, there are few cars on the island (bicycles aplenty!), so you’re probably best off not dealing with a car.

As the capital city of the Yucatan state (and with nearly a million residents), I can’t really claim Merida is a hidden gem. What I can say is most American tourists probably haven’t considered swapping out their beach vacay for an inland adventure.

History buffs will adore Merida, a city steeped in both ancient and colonial history. For the former, visit the Gran Museo del Mundo Maya, an ultra-modern museum celebrating and showcasing ancient Maya culture. Their permanent collection features over 1,160 Mayan artifacts. For the latter, take a stroll down Paseo de Montejo. This elegant boulevard serves as the heart of the city and showcases historic 19th-century mansions that have mostly been converted into shops, restaurants, offices, and museums. For ancient and colonial two-for-one experience, visit the Museo Regional de Antropologia. Housed in the Palacio Canton, one of the grandest mansions along the boulevard, the museum focuses on the Yucatan’s pre-Columbian history, all while touring a spectacular 19th Century mansion.

Another great reason to visit Merida? Day trips. Located clear across the peninsula from Cancun, you’re in close proximity to many incredible sites that are just a little too far from the more touristy eastern coast. Those with a serious sense of adventure should visit Cenotes Cuzama (about an hour from Merida)—a series of swimming holes formed by collapsed limestone bedrock, exposing crystal-clear groundwater. Bring your suit, towel, and underwater camera, the photo ops are incredible!

You’re also close to many ancient Mayan ruins. Famed Chichen Itza is just an hour and a half away; and the lesser-known Dzibilchaltún ruins is just 10 miles outside Merida (and there’s a cenote there, too!).

Lastly, about three hours northeast, you’ll find the tiny seaside town of Las Coloradas. You’ll find tons of biodiversity and many flamingos here as well, but it’s the pink lakes that captivate travelers. These bubblegum pink bodies of water are caused by hard flat salt plains that create shallow lagoons. Red algae, plankton, and brine shrimp thrive in the salty water. When the water evaporates, these organisms become more concentrated. The result? Vibrant waters are unlike anything you’ve ever seen in your life. 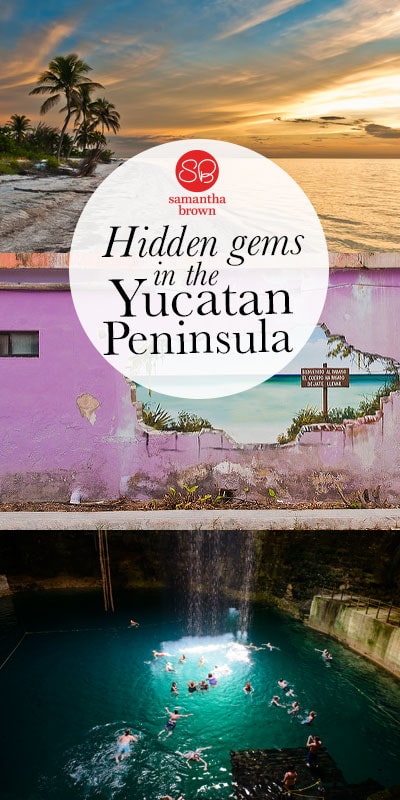 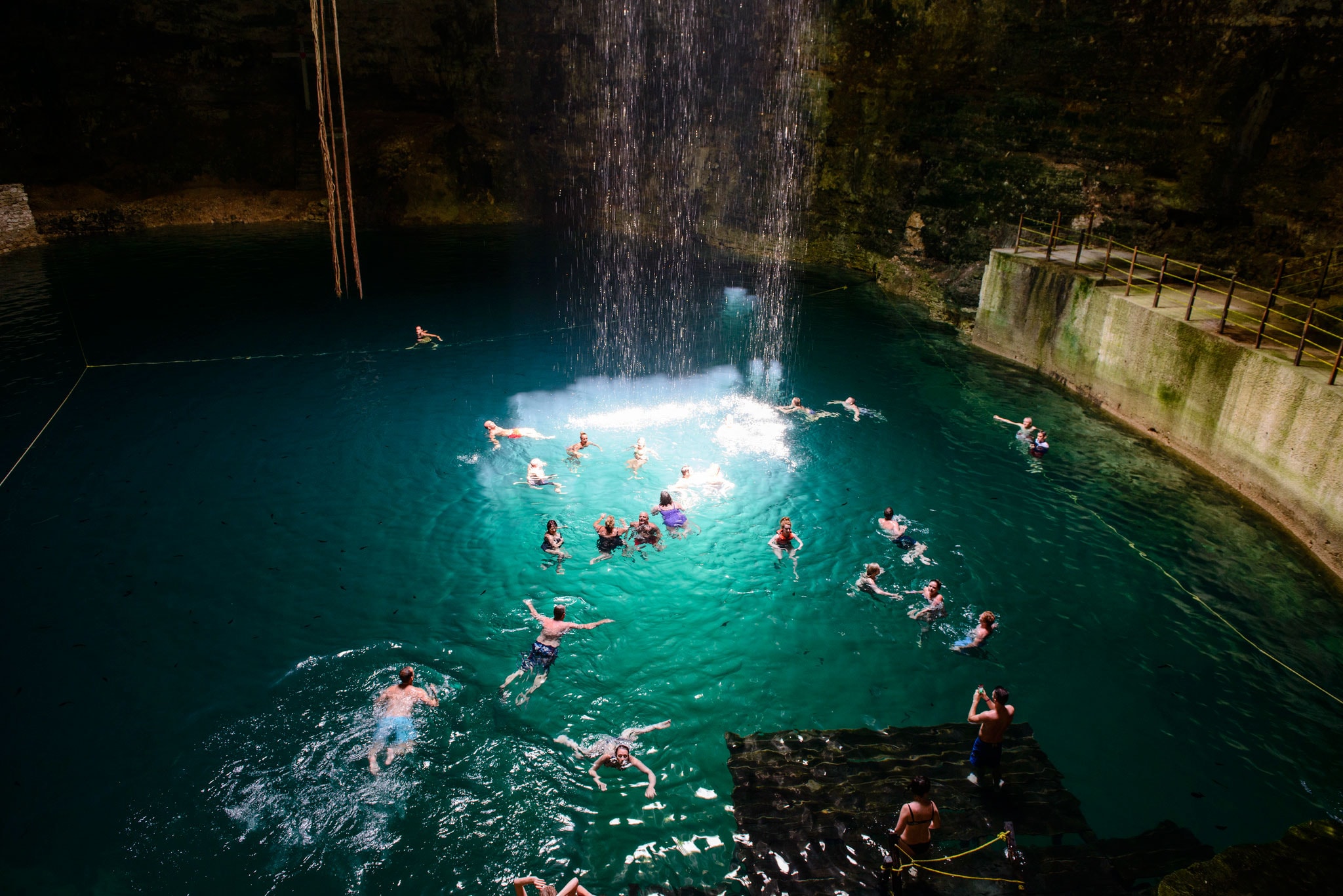